Despite ongoing furloughs and park closures, Disney is still keeping busy to plus up its parks and resorts by filing a number of permits and patents, including this recent one, which caught our attention due to the flashy graphics used to explain the new technology––whenever a complex patent is explained by way of a comic book page, we’re all in. 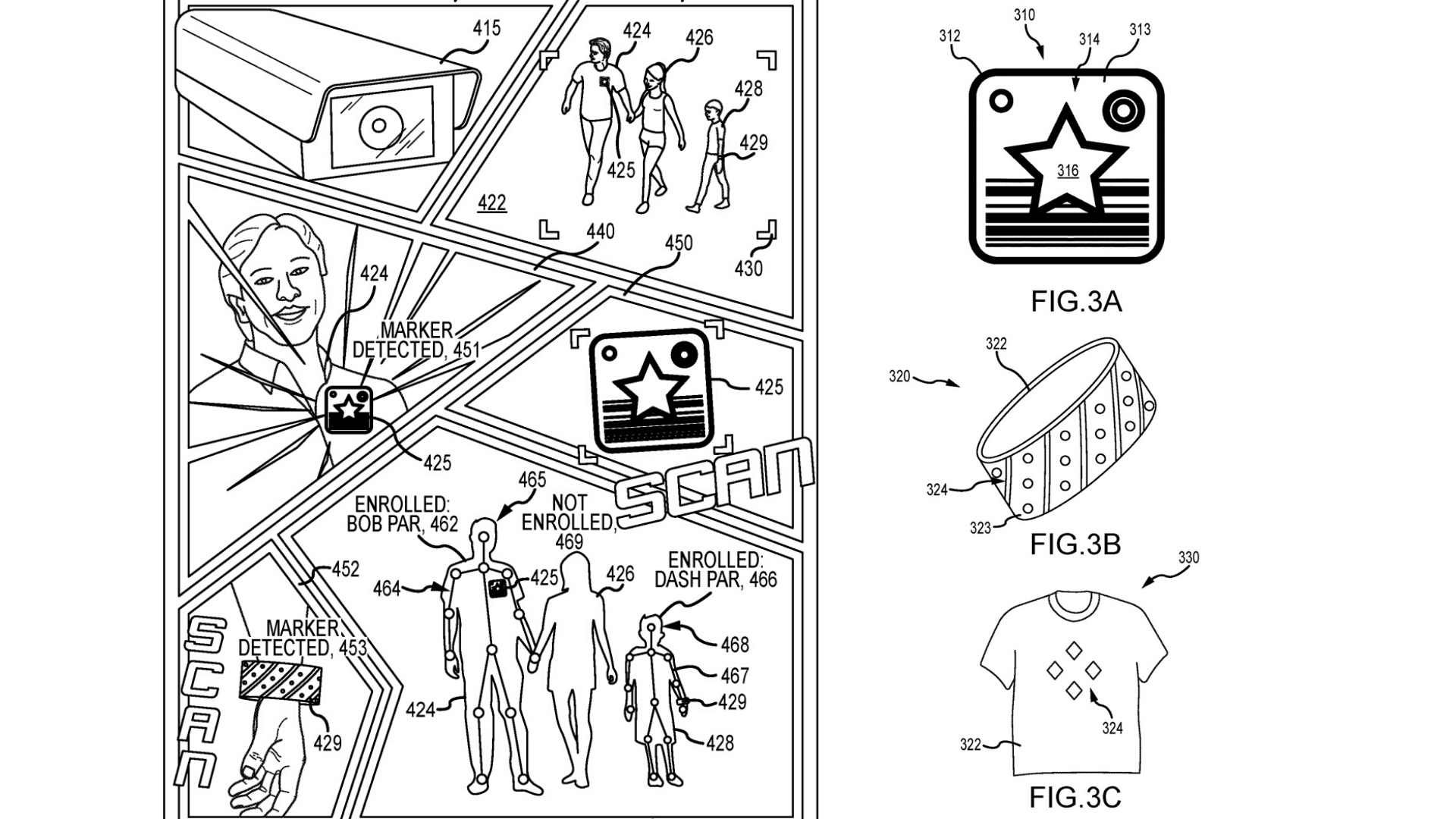 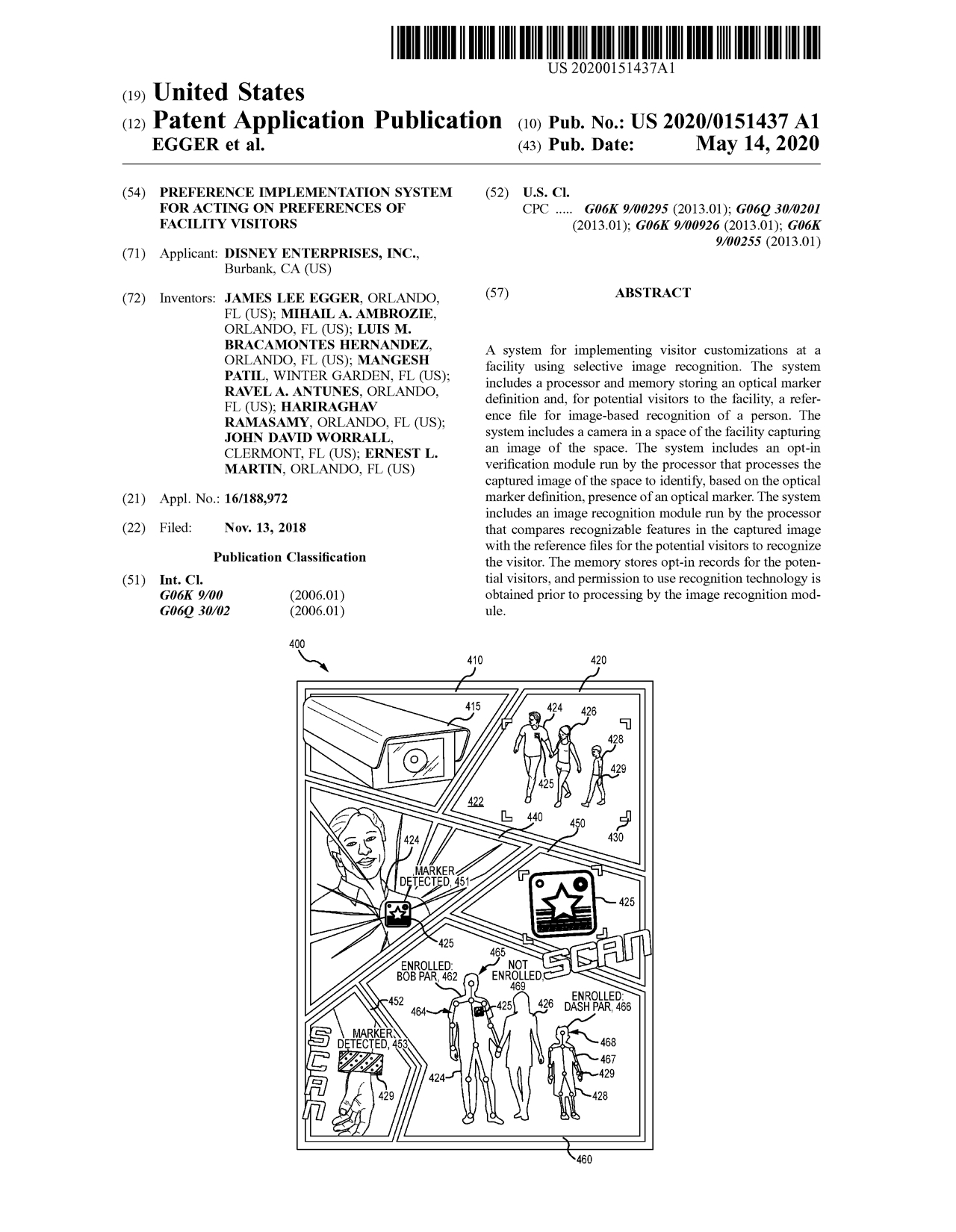 This may sound similar to MagicBands, but instead of RFID, it’s based off of optical markers, potentially like a badge, wearable QR code, or other visual queues scannable by a camera. 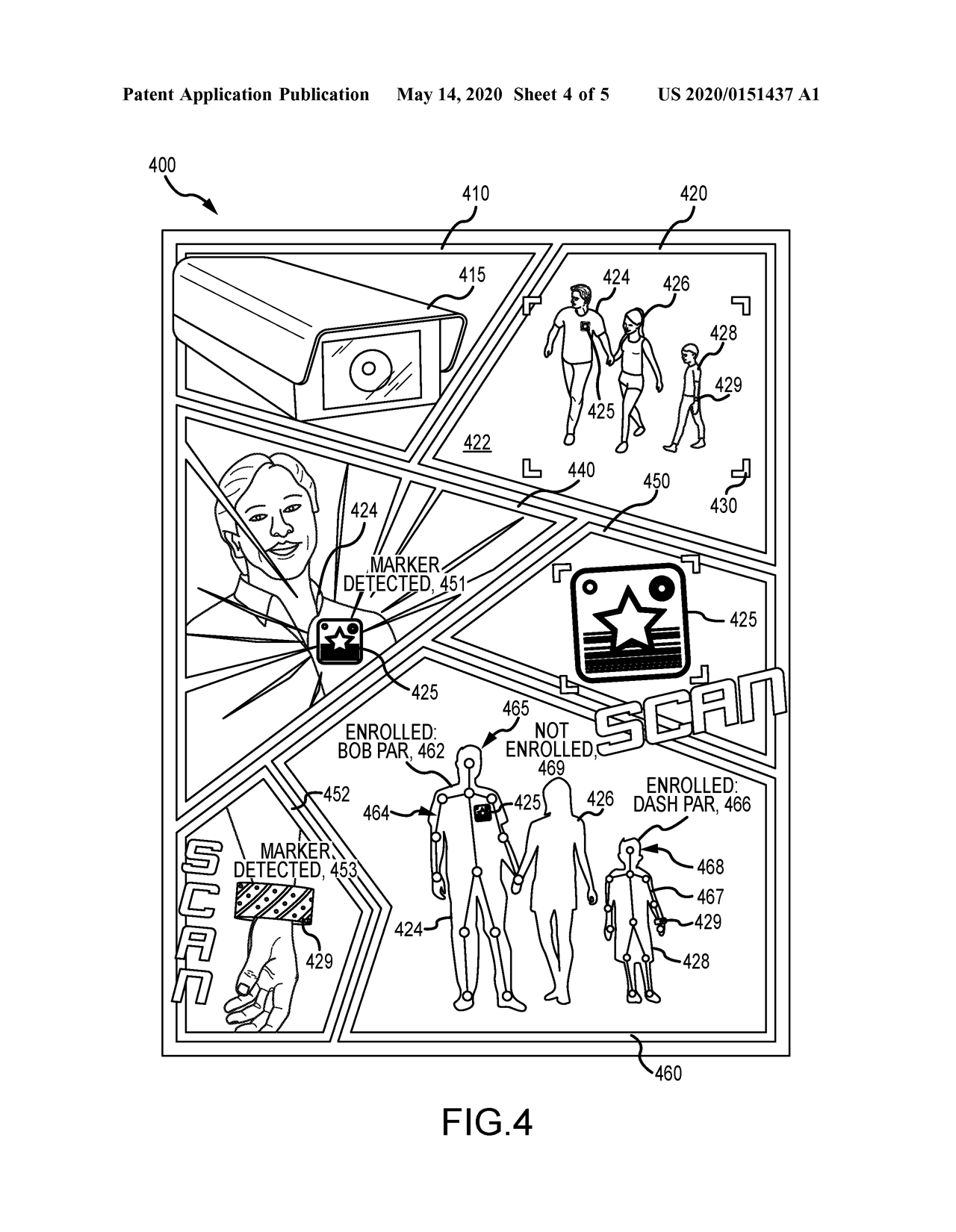 Guests must opt in to participate, and the system is capable of checking if they have enrolled. In the graphic, you see a family of three members––two of them are identified as “Bob Par” and “Dash Par”. (It’s great when they have fun with these or add little Easter eggs like that.) Bob Par is listed as enrolled, as is Dash. The middle character shows “Not Enrolled” (sorry, Helen.)

The technology isn’t necessarily groundbreaking, but it seems like a good way to single out the preferences of each member of a party. With visual recognition, individuals can be identified as opposed to being lumped in with their party. 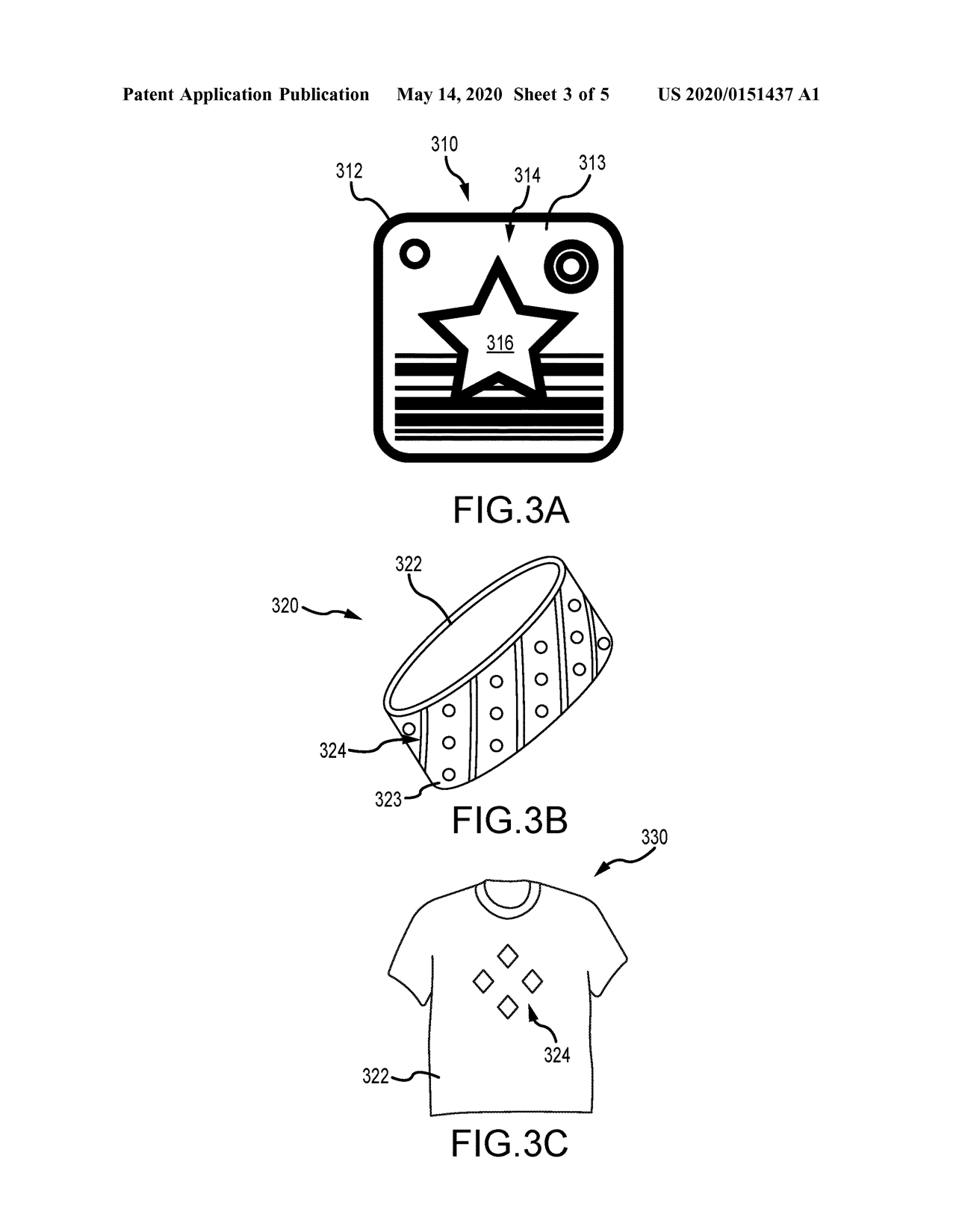 The patent includes figures showing a scannable badge, a bracelet, and a shirt with diamond-like designs on it as examples of what can be used to scan for these guest preferences. 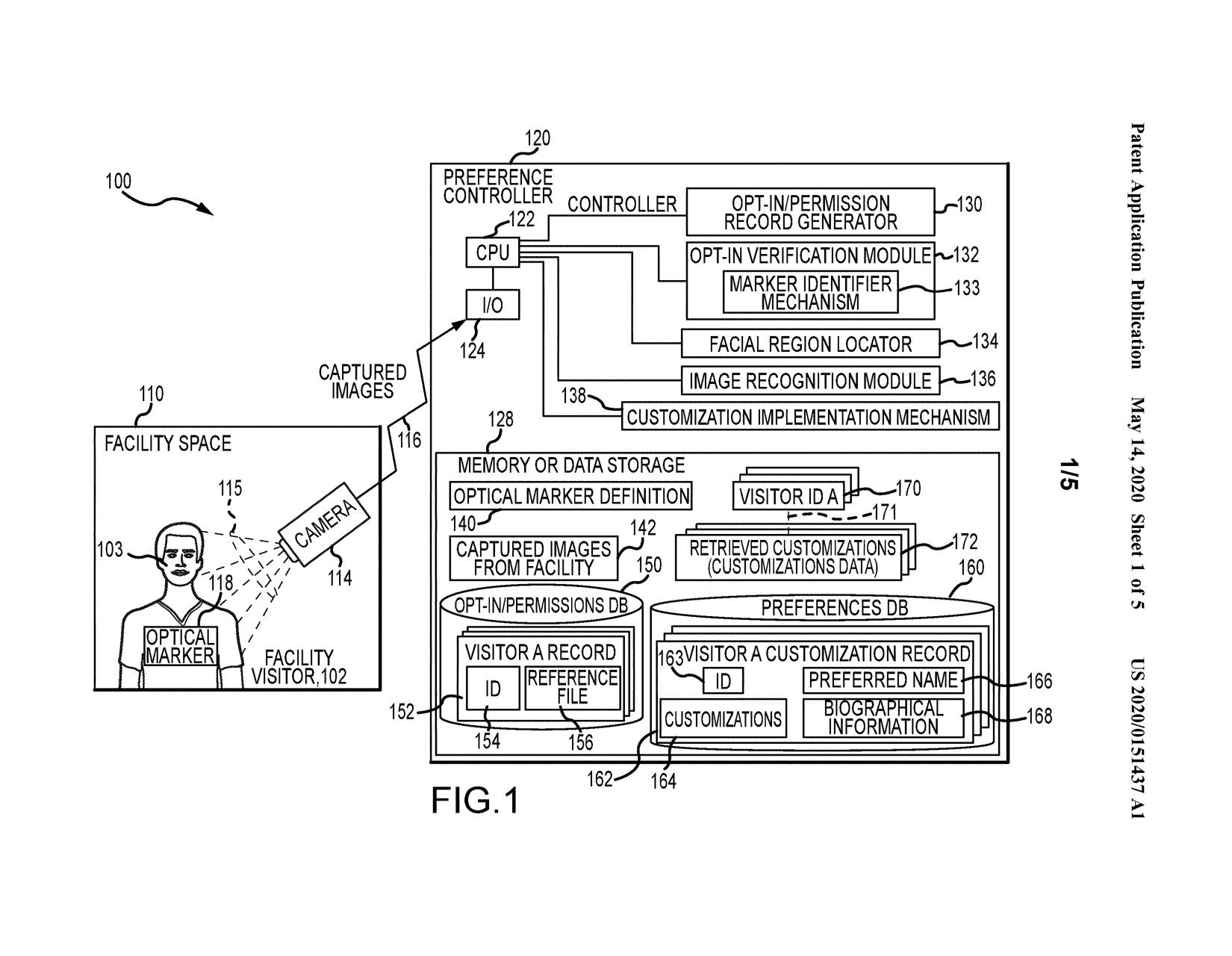 The patent does raise concerns of data mining, as the system would contain information such as a copy of the visitor’s ID, their preferred name, biographical information, a record and reference file, plus all of their customizations and preferences tied to that information. Technology such as facial recognition and other forms of biometrics may also be used to maintain a visual identifier of each guest and prevent mix-ups (or even fraud in some cases.) Of course, Disney probably already has all of this information on-hand anyway, especially if you’re a frequent visitor. 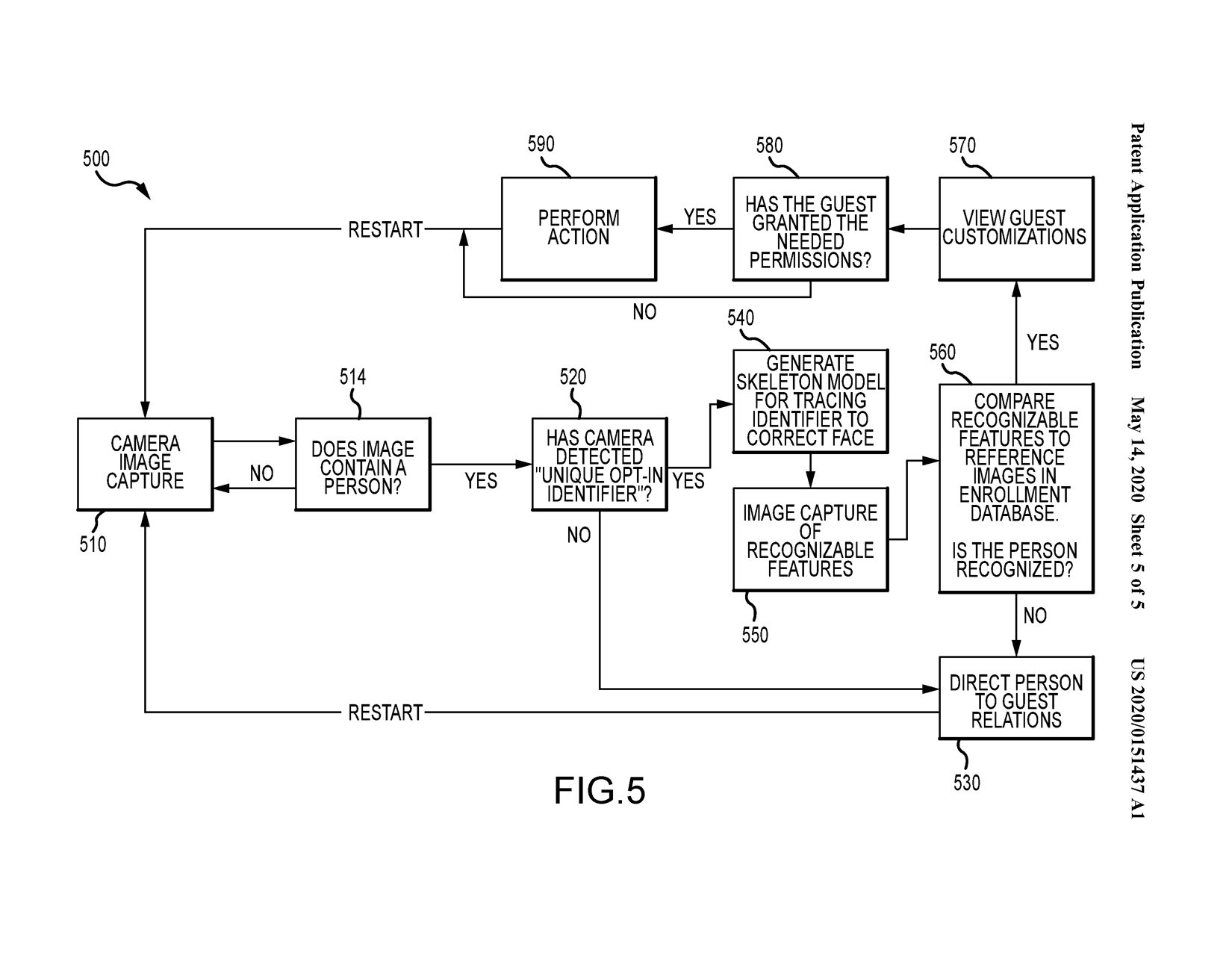 So what happens if the system can’t identify a guest, and therefore, their preferences? Well, even new technology will still revert to directing someone to Guest Relations if all else fails. In any case, it’s a new way for Disney to track people based on different accessories and apparel, such as a sticker or shirt.

As far as potential uses, the system could be employed at a variety of entertainment venues across the resort, or even at transportation hubs, stores, restaurants, and resorts. It could be used for something as simple as triggering on-ride effects on attractions, or opting in for special activities or happenings at the new lands (i.e. Avengers Campus) and resorts (like the Star Wars: Galactic Starcruiser) coming to Disney Parks.

What’s your take on the expanded use of wearable technology in order to have a more personalized experience at the Disney Parks? Creepy, or cool? Let us know in the comments.

Previous
Chicken Guy! at Disney Springs Reopening on May 20

Next
RECIPE: Catch A Wave With Our Tropical Macaw Cocktail Recipe from Kona Café at Disney’s Polynesian Village Resort