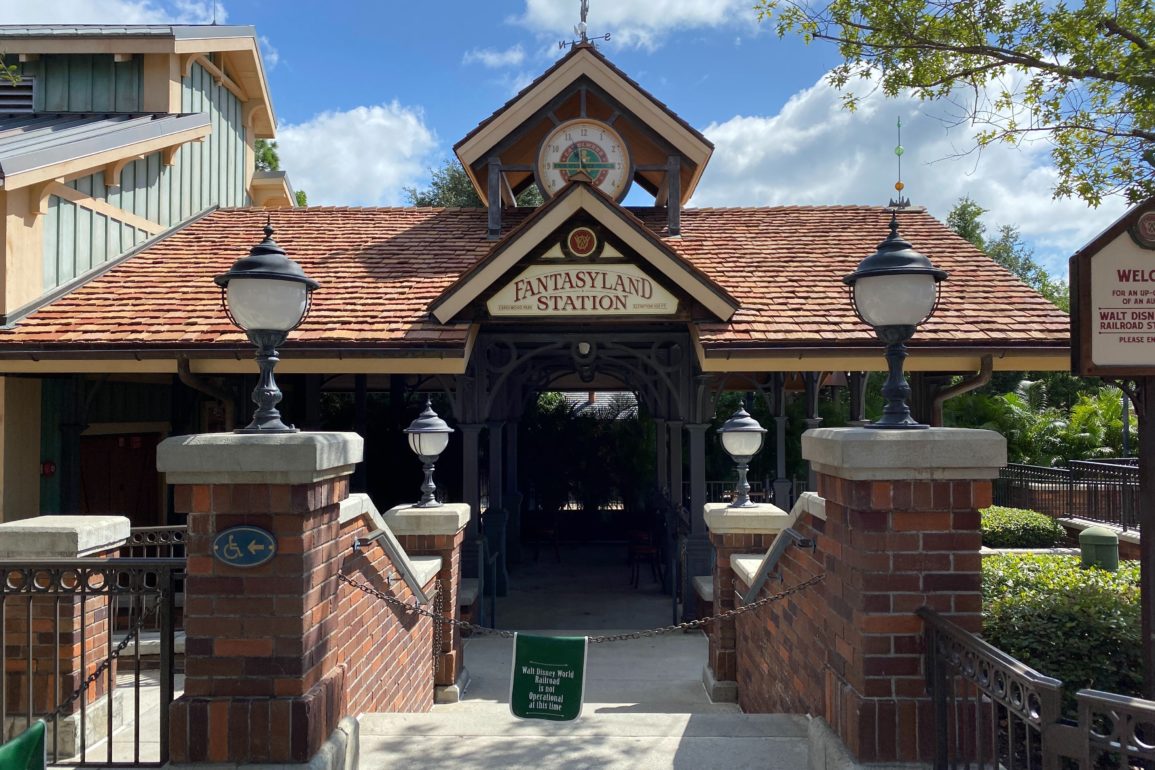 While the Walt Disney World Railroad exhibit didn’t reopen with the rest of the Magic Kingdom, now the train tracks themselves have been hidden from view.

Planters now block the view of the train tracks at Fantasyland Station, which has a chain barrier up at the entrance.

Typically, the station has been roped off, though on occasion, guests have utilized the seating located there.

While the reason for the planters is currently unknown, it’s possible that planters may be in place while the railroad is closed for construction of TRON Lightcycle / Run.

The planters extend down the track on the right side.

On the left side of the station, the planters are far enough away from the track that we couldn’t see anything.

The planters by the upper tables are set back away from the railing, so looking through them doesn’t give a view of anything

Earlier in the day, a rope was up that blocked off the second half of the lower queue for The Barnstomer. It was later lowered, allowing for a look down the track. It doesn’t look like much is happening yet, but that could change.

As we looked through the planters to the left of the restrooms, we saw the platform but not the tracks.

The stationary exhibit, where guests could get an up-close view of a Walt Disney World Railroad steam train, moved to the Fantasyland Station from Main Street, U.S.A. back in January, though it’s remained closed since the park reopened in July. You can check out our look at the exhibit through our video tour!

With the Walt Disney World Railroad remaining closed through 2020, now’s the time to do any needed refurbishments so that it’s the best it can be.

Keep reading WDWNT for more coverage of everything going on at the Magic Kingdom!