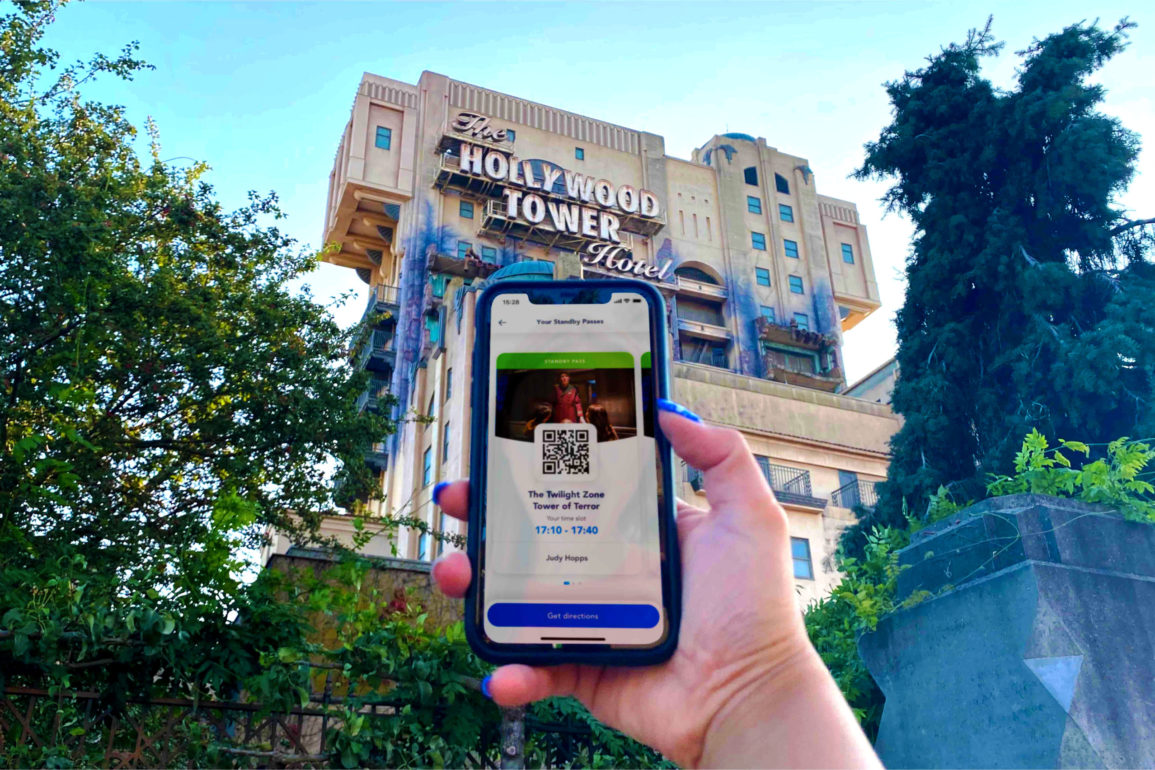 Disneyland Paris will be introducing a new Standby Pass system via their app that minimizes physical wait times.

Standby Pass is similar to Walt Disney World’s FastPass+ system, however it will be required for certain attractions. Guests will be able to login to the Official Disneyland Paris app, select “Get a Standby Pass”, and choose their attraction and return time. One guest can reserve a standby pass for their entire party. They will then have a designated 30-minute window to return to the attraction. Once there, they must present a QR code stored in their Standby Pass wallet. They will then stand in the queue for the posted wait time.

This system will launch with Crush’s Coaster on October 6. It will then roll out to Dumbo the Flying Elephant, Peter Pan’s Flight, Big Thunder Mountain, Star Wars Hyperspace Mountain, Autopia, the Twilight Zone Tower of Terror, and Ratatouille: The Adventure. With the exception of some early mornings and evenings, only guests with a Standby Pass will be able to access these attractions.

Shanghai Disneyland has utilized a similar Disney Standby Pass system during the COVID-19 pandemic this summer, though it is now being removed. Walt Disney World Resort, on the other hand, suspended the use of FastPasses while their capacity has been limited. Star Wars: Rise of the Resistance has continued to use its virtual boarding group system but with several technical issues.

How do you feel about Standby Pass and virtual queues at Disney theme parks? Let us know in the comments.