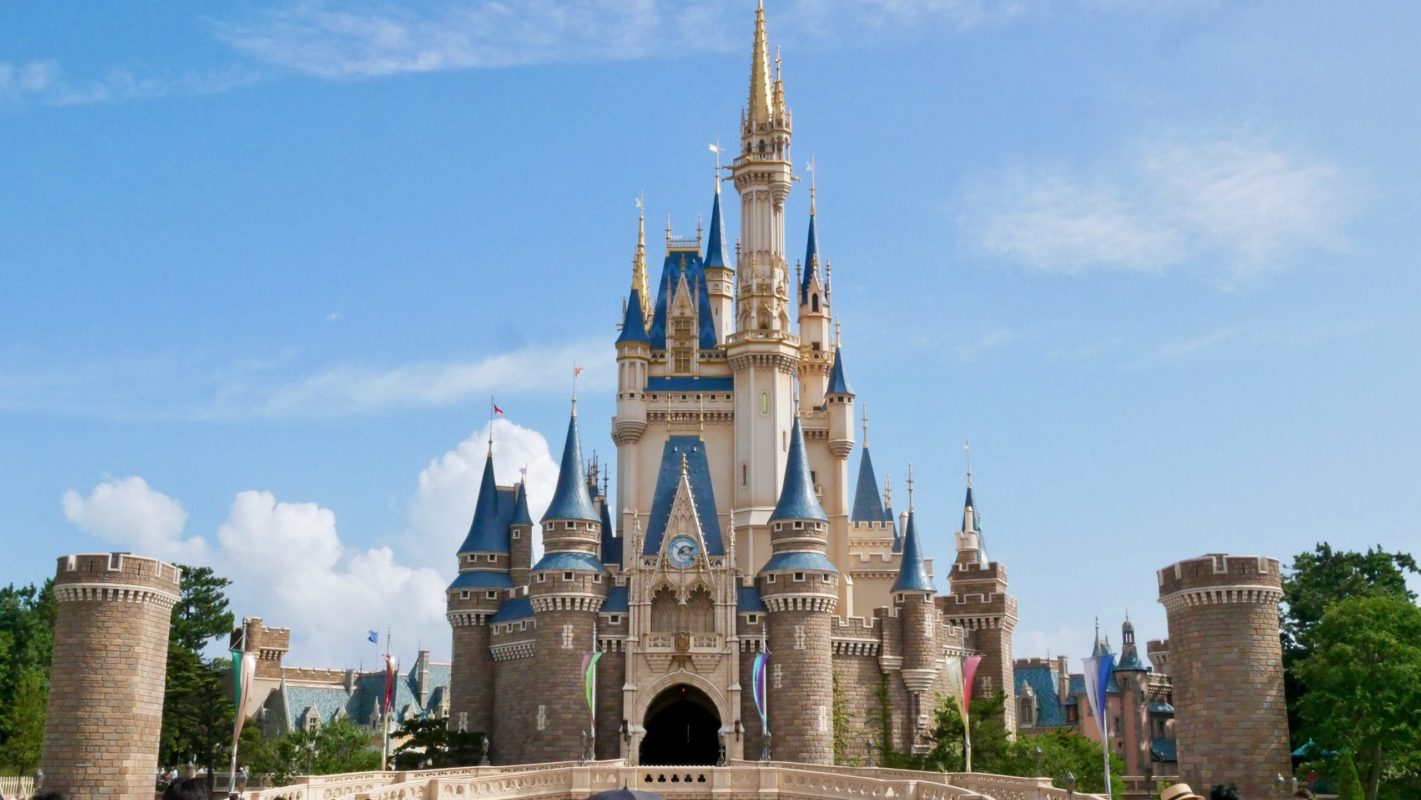 Tokyo Disneyland truly is the Kingdom of Dreams and Magic, and while the park is still a bit in shock after its July 1st reopening, things are slowly happening at the world’s most-visited theme park outside the United States. So let’s take a spin around the park and see what the happenings are this sunny, humid September day!

Last November, the Oriental Land Company announced that increased security measures would come to Tokyo Disneyland and Tokyo DisneySea ahead of the now-postponed 2020 Olympics. While they were trialed at Tokyo DisneySea last year and installed during the parks’ temporary closures, the full systems weren’t initially turned on until recently. Now that the systems are fully active, let’s take a closer look at how the new security procedures work.

The areas closest to Maihama Station and the parking structure feature bag pat-downs only, but the entrance under the Disney Resort Line station (the only one remaining in operation later in the day) features both pat-downs as well as x-ray machines. All security stations also have standing metal detectors.

Cast Members direct Guests to place all items in their pockets into bins or their bags for the x-ray machine. You don’t have to unpack your bags like at the airport, but you may be held up for closer inspection if they have trouble using the machine. In one of three instances we tried these security checkpoints, they tried to run the bag through four times before ordering us to open every pocket in the bag. The Cast Members are largely friendly about it, but it can be a bit of an inconvenience.

Of course, there’s also still a standard pat-down in some lanes where the Cast Member will manually check your bag. Guests must still walk through the metal detectors, however.

And in case all else fails, a stationed security Cast Member can use a handheld metal detector for some extra scrutiny. These have been seen in use since last November, when Guests would be randomly stopped for extra searches after a bag pat-down.

Entering at the 2pm time slot, we found the Annual Passholder crowd unusually small compared to what we’ve seen the past two months, and this was ten minutes before entry was allowed. The line did grow rather quickly as entry time approached, however.

Even on the day Guest side of the entrance, however, the line remained rather short. Additionally, same-day tickets are now available for almost every weekday at Tokyo Disneyland, a stark contrast to a month ago. Perhaps Guest demand is finally tapering off.

Thanks to seemingly lower Guest numbers, social distancing seems to be much more on-track than it previously was last month. Guests managed to stay safely spaced apart while watching the Tokyo Disneyland Band perform in front of the Partners statue.

Demand remains high as ever for the dessert buffet over at Crystal Palace Restaurant, though! Be sure to check out our video tour and review from last month if you haven’t already!

Crowds gathered at safe distances in front of Cinderella Castle for the Mickey & Friends Castle Greeting as well. It seems that making the times of the greeting public haven’t caused any major issues compared to before, which is a step in the right direction! You can also find the full greeting on our YouTube channel.

As the park recovers from its closure, slowly more attractions, shops, and restaurants are coming back online. One very recent addition, just last week the Omnibus began its grand circle tours around the Tokyo Disneyland hub.

Over in Adventureland (and all over the park), Guests lined up in droves for the ice cream carts. The temperature may only have been 28°C (82.4°F) out, but the humidity was near 91%, making the heat index around 34°C (93°F). And if you know anything about humid weather, humidity makes it feel even more unbearable than that.

Thanks to lower crowds, the line for Big Thunder Mountain stood at only 10 minutes, and extended just barely outside the queue with social distancing.

Or with the very high winds (18mph or 8m/s), why not take a cruise on the Mark Twain and get the wind in your hair?

You could even take refuge in the air conditioning with our beloved Country Bear Jamboree. Even though the Vacation Jamboree is taking a vacation of its own this summer, you can still catch the full 1971 version of the show here at Tokyo Disneyland!

You might expect Splash Mountain to have quite the mountainous queue of its own, but the wait stood at only 35 minutes when we entered the park. Previous visits in August saw waits as high as 70 minutes!

With the Holiday Nightmare also taking a break this year, we’re left with the standard Haunted Mansion this Halloween. Not that we’re complaining, of course!

Behind Cinderella Castle, the statue of Sorcerer Mickey is still missing! Hopefully it’s not gone forever, but as time goes on, our hope only lessens.

Over in Tomorrowland, the now-vacant Showbase has been covered in scaffolding and planters.

The exterior poster is also covered in canvas, despite only advertising Showbase itself and not any show in particular.

Inside, workers and more scaffolds can be spotted. There seemed to be no plan for this venue after It’s Very Minnie closed, as the Fantasyland Forest Theater was presumably set to replace it. No word yet on what will happen to Showbase or the purpose of this work.

Also a note that our previous article regarding Cast Member previews for The Enchanted Tale of Beauty and the Beast and The Happy Ride with Baymax indicated that the previews would take place September 7-10th. While we did not take pictures out of respect for Cast Member privacy, we could hear these previews taking place at the upcoming Baymax attraction. We can only hope that this is a stepping stone to the New Fantasyland expansion opening soon, but there are still no known dates.

At Monsters, Inc. Ride & Go Seek, riders are once again directed to exit through the Monsters, Inc. Company Store rather than bypassing the outlet as was set up in July and August.

Splash sites are still live in Toontown, since the heat and humidity are still in the “unbearable” phase of the year.

This corner of Toontown was covered in planters and canvas recently. There’s nothing of particular interest over here, but the canvas would suggest that something new is coming. Only time will tell what exactly!

Around the park, Guests could be seen with these purple and orange Halloween-color balloons, but sales had stopped by the time of our arrival due to the unusually high winds. Fortunately a Guest was kind enough to allow us pictures of their balloons.

And that’s the latest news from around Tokyo Disneyland! Those latest security measures seem a bit overkill to me, especially with no tourists visiting the parks right now, but it seems we’ll be stuck with these going forward. What was the most interesting development for you this week? Let us know in the comments below or on social media!

PHOTOS: More Disneyland Paris 30th Anniversary Merchandise RevealedFebruary 2, 2022
PHOTOS, VIDEO: Get Your Groove On in a Dance Off with the Guardians of the Galaxy in Avengers Campus...July 18, 2022
New Figment Leggings Available at EPCOTSeptember 13, 2022

PHOTOS: Construction Continues to Advance at the France Pavilion Expansion in EPCOT