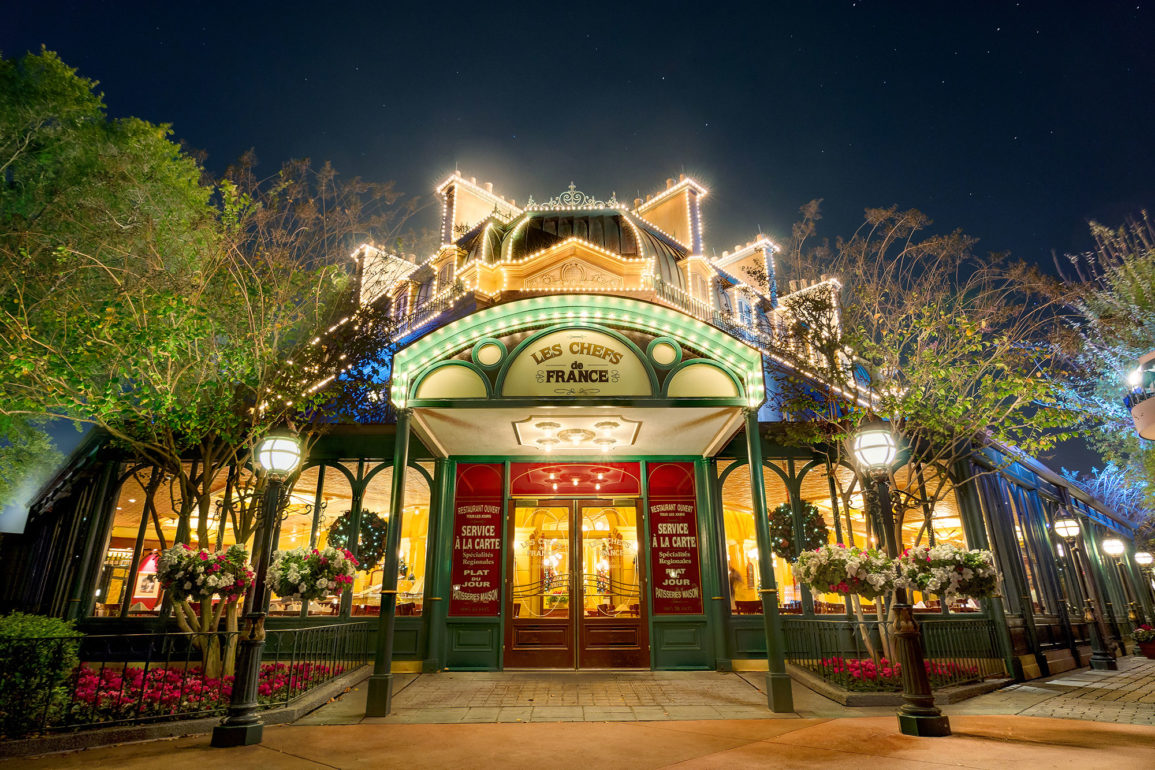 It’s time for baguettes, wine, and French Onion Soup… well, not quite yet. According to a recent update on the Walt Disney World website, it appears that the reopening of Chefs de France at the France Pavilion in EPCOT has been postponed to October.

While previously, hours were showing starting this Friday, September 25, the website has been updated to only show times starting Thursday, October 8.

Hours during the week for Lunch are from 12:30 PM to 3:55 PM. Dinner runs from 4:00 PM to 6:50 PM, or just 10 minutes before park close. On weekends where EPCOT has extended evening hours, restaurant hours are extended accordingly. Hours are not yet available for Monsieur Paul. You can view the menu for Chefs de France, which still features the popular Prix Fixe Meal option, by clicking here. Reservations are not yet available online.

With Disney’s Cultural Representative program temporarily suspended and so many staff and servers back home in France, fans of the restaurant worried that the location would remain shuttered for a while, but it seems they are ready for their phased reopening.

Eric Weistroffer, Executive Director for JBI, LLC. issued a statement back in August assuring guests that both Chefs de France and Monsieur Paul were expected to open despite staffing constraints. The pavilion looks forward to the grand opening of La Creperie de Paris, which is still set to open with Remy’s Ratatouille Adventure as part of the new France Pavilion expansion.