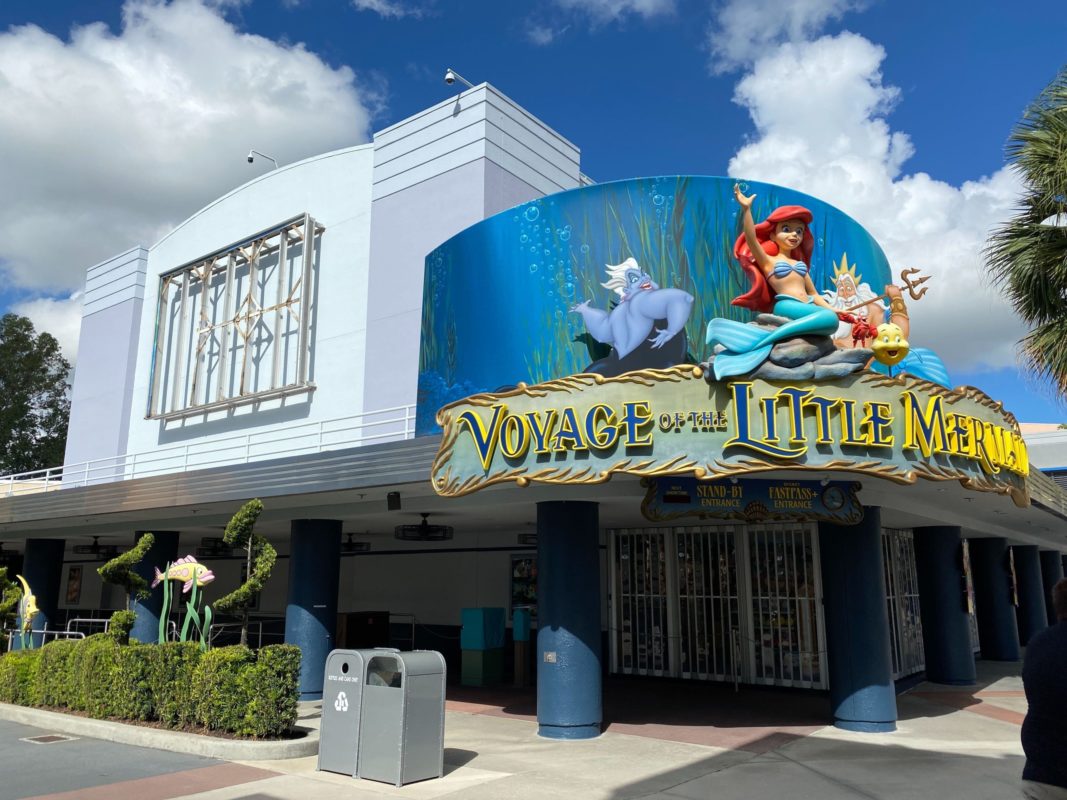 After a nearly 30-year run at Disney’s Hollywood Studios, “Voyage of the Little Mermaid” remains dark after the theme park shutdown. Just yesterday, the show’s billboard was removed from the side of the theater inside the Animation Courtyard. Today, Disney has released a statement regarding the status of said billboard.

In response to our post on the removal of the billboards, Disney has responded stating that it “…is simply in the process of being refreshed and is expected to return within the next week.” For now, it seems the removal was more along the lines of scheduled maintenance as opposed to a sign of the show’s permanent closure.

Here’s what the facade of the attraction looked like up until recently, with the billboard still intact despite rumors of a permanent closure.

Two other billboards on the side of the “Voyage of the Little Mermaid” building were also removed, however these were merely ads for Star Wars films and not related to the attraction. It’s likely we’ll see new billboards in place here as well in the coming week.

PHOTOS: Windows Blocked Out at The Studio Store in Animation Courtyard at Disney’s Hollywood Studios