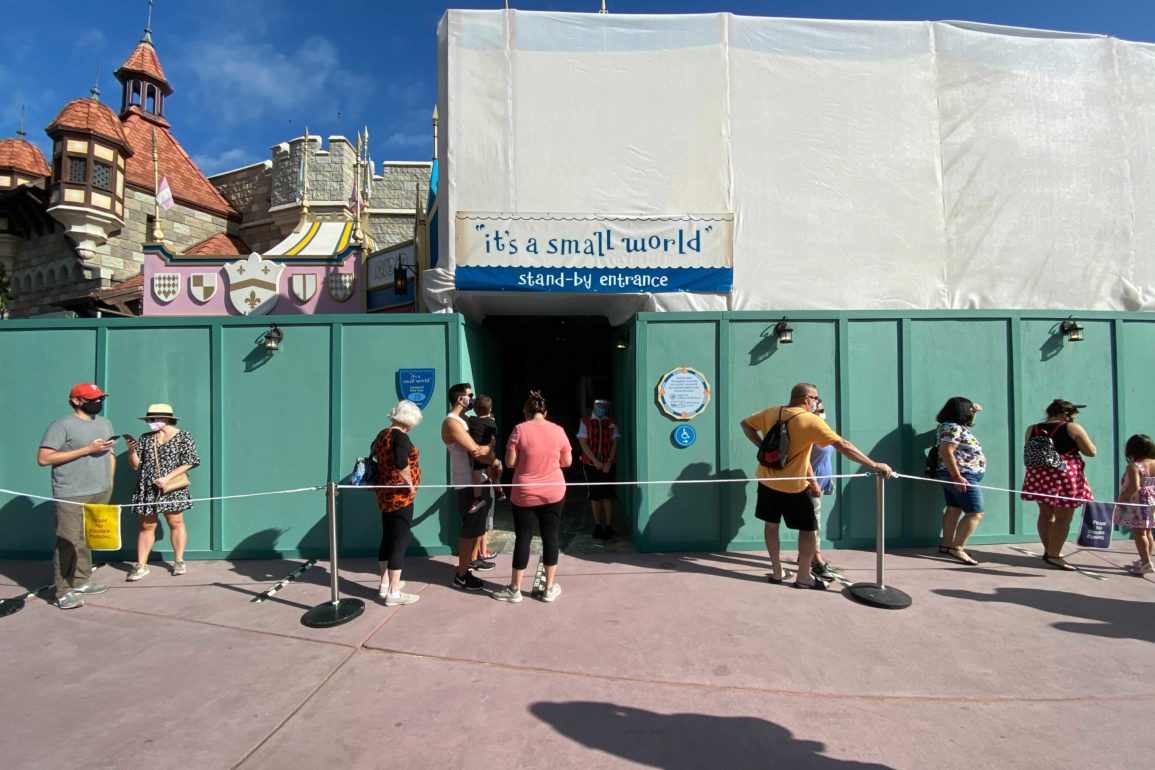 PHOTOS: “it’s a small world” Sign Temporarily Replaced with Plastic Banners and Covered with Scrim Amid Refurbishment at the Magic Kingdom

Barely more than a week after Walt Disney Imagineering filed a permit for a new graphics installation at “it’s a small world” in Magic Kingdom, the entire facade of the attraction has been covered. It started with some construction walls at the exit, which were then extended across the front of the attraction. A scrim has now been erected above the walls, covering the ride’s signs.

Banners now hang above the FastPass+ entrance and stand-by entrance for “it’s a small world.”

Though it’s difficult to see behind the scrim, we know the boat was removed from above the stand-by entrance and it appears the sign has been removed as well.

The wait time and ride description are posted on the construction wall.

The current exit of “it’s a small world” was the ride’s original entrance. It was moved to the other end of the walkway in 2005.

As we speculated in our initial post about the refurbishment, it seems Disney may have decided to change the entrance back to the original spot in time for the park’s 50th anniversary in exactly one year.

For now, the queue wraps around the front of the construction walls. The interior queue was refurbished earlier this year.

We can’t wait to see the future of the “it’s a small world” facade. How do you feel about this refurbishment? Let us know in the comments.