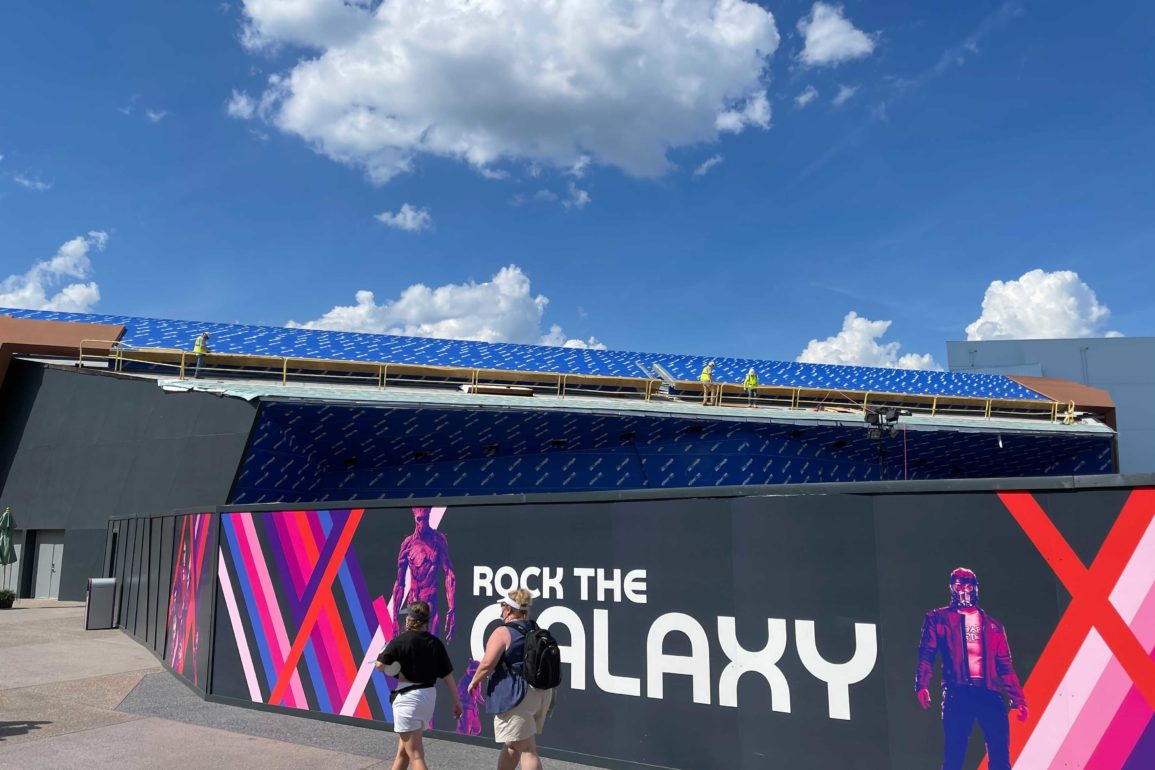 PHOTOS: Wood Framing Begins on Roof of Guardians of the Galaxy: Cosmic Rewind at EPCOT

It’s been a couple of weeks since we brought you an update on the construction of Guardians of the Galaxy: Cosmic Rewind at EPCOT. Today, work resumed on the façade, which has been mostly untouched. Work is likely continuing indoors since the permit for the first show element was filed in April. While this is important work, it doesn’t lend itself to photo updates. Let’s take a look at the new progress!

Since it’s been a while, let’s take a look at the concept art for a refresher. The new attraction will join World Celebration, one of the four neighborhoods in the ongoing reimagining of EPCOT.

We were very excited to see construction crew members actively working on the roof.

The mounts for solar panels have been sitting covered in weather-proof blue sheathing. Crews today have started to frame in the layers of panel mounts with wood.

The yellow safety fence will remain until construction crews are finished, but it is not a permanent structure.

The crews this afternoon worked on framing the front row.

Stacks of lumber sheets are staged on the roof for easy access.

While this progress is encouraging, Disney still has not announced an opening date. We learned recently that nothing has been filmed for the attraction yet, per the series’ director James Gunn. The ride will be Disney’s first reverse-launch roller coaster, featuring spinning coaster cars.

Follow WDWNT for more updates on the upcoming Guardians of the Galaxy: Cosmic Rewind roller coaster at EPCOT.