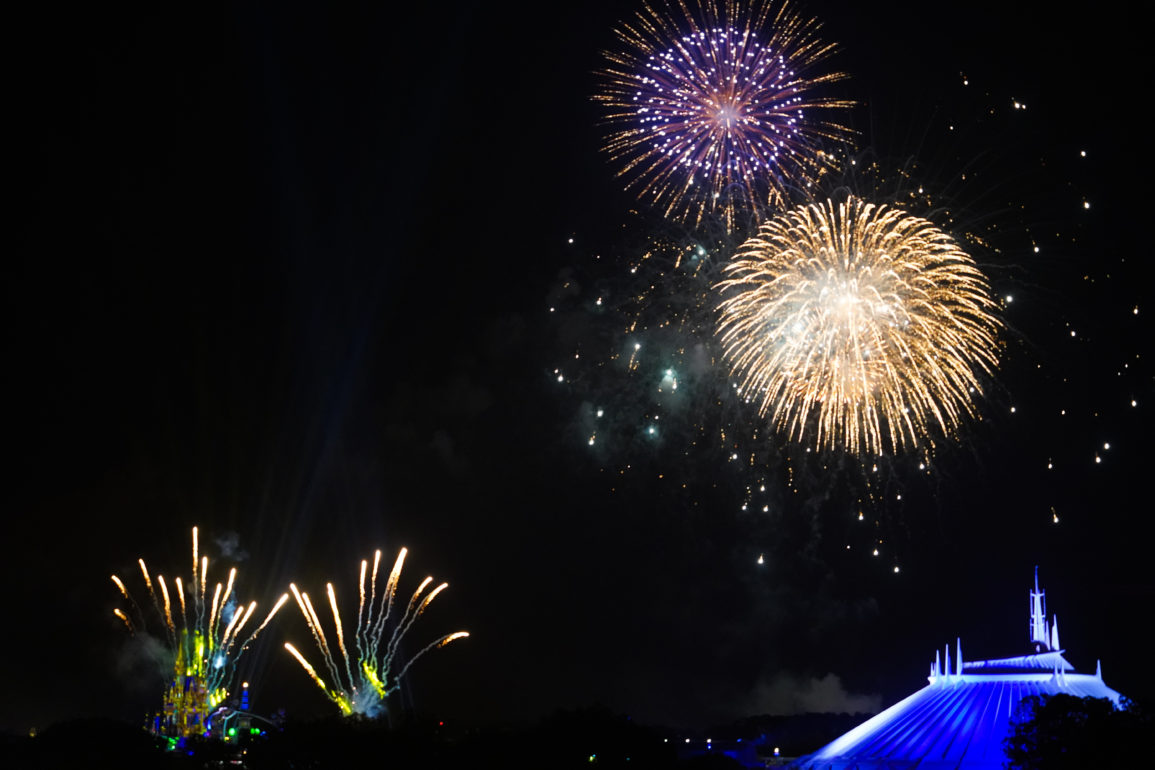 Greetings from The Most Magical Place on Earth! It’s a big day at the Magic Kingdom as we prepare for the first testing of Happily Ever After in over 15 months. There are some other fun finds in the park, and we’re taking a trip to Disney’s Animal Kingdom as well. It’s going to be a long day!

We took a ride on Jungle Cruise this morning after rope drop happened at 8:00am. While there were no new additions to the attraction today, we enjoyed the morning sunlight and took time to appreciate some of the replaced scenes.

Moving into Tomorrowland, we noticed one of the major water features of the land—the Cool Scanner—returned to operation.

Similarly, another water-based feature, the Kugel fountain ball, was also once again available to guests.

Sticking with the theme of returning park elements, the “Hunny Wall” within The Many Adventures of Winnie the Pooh is once again available for some interactive fun.

In Liberty Square, pavement work has started back up, and today’s work was covered with flooring panels to allow cavalcade floats to pass over safely and without causing damage to the new paving.

On the merchandise front, we found a new 50th anniversary Haunted Mansion puzzle, featuring some of the attractions most iconic characters and images.

At The Emporium, we found a new Stitch mug, and the timing couldn’t have been better with June 26th being Stitch Day in honor of Experiment 626. The mug sells for $22.99.

In The Hub, we noticed that signage for Happily Ever After has been uncovered ahead of today’s testing and the show’s official return on July 1st.

Before heading out of the park, we saw some of our favorite princesses in the Royal Princess Processional cavalcade.

We also caught Max, Goofy, and Mickey Mouse in their respective cavalcades.

Back on Main Street, we found a couple new balloons featuring Cinderella and Jasmine.

Making our way into Disney’s Animal Kingdom, the first stop is always the Tree of Life.

In Pandora, the drums have had stickers removed which previously identified them as being unavailable to guests.

At the otter exhibit, the star mammals were especially visible and playful today, making for a great visit to the exhibit.

We also ran into more characters here, and Mickey had also made the trip over from Magic Kingdom.

At “It’s Tough to be a Bug!”, seating has been reverted to pre-pandemic levels, with the every-other-row closure, row spacing, and plexiglass dividers now a thing of the past.

The exit of the show offers a great opportunity for an up-close view of the park’s central icon before we made our way back towards Magic Kingdom.

We were in place for the testing of Happily Ever After even before the sun went down.

At 11:30pm, we were treated to the first performance of the show in well over a year. Everything seemed to go off without a hitch, building up excitement for the official return on July 1st. For more photos, video of the entire performance, and details on the test, click here to view our full article.

Thanks for following along with our very full day at Walt Disney World! Will you be on hand for the return of Happily Ever After this week? Let us know in the comments.

Next
30 Years of Fear – A History of Universal Orlando’s Halloween Horror Nights: 1994 (The Dawn of Scare Zones, Bill and Ted Meet Timecop, and More)