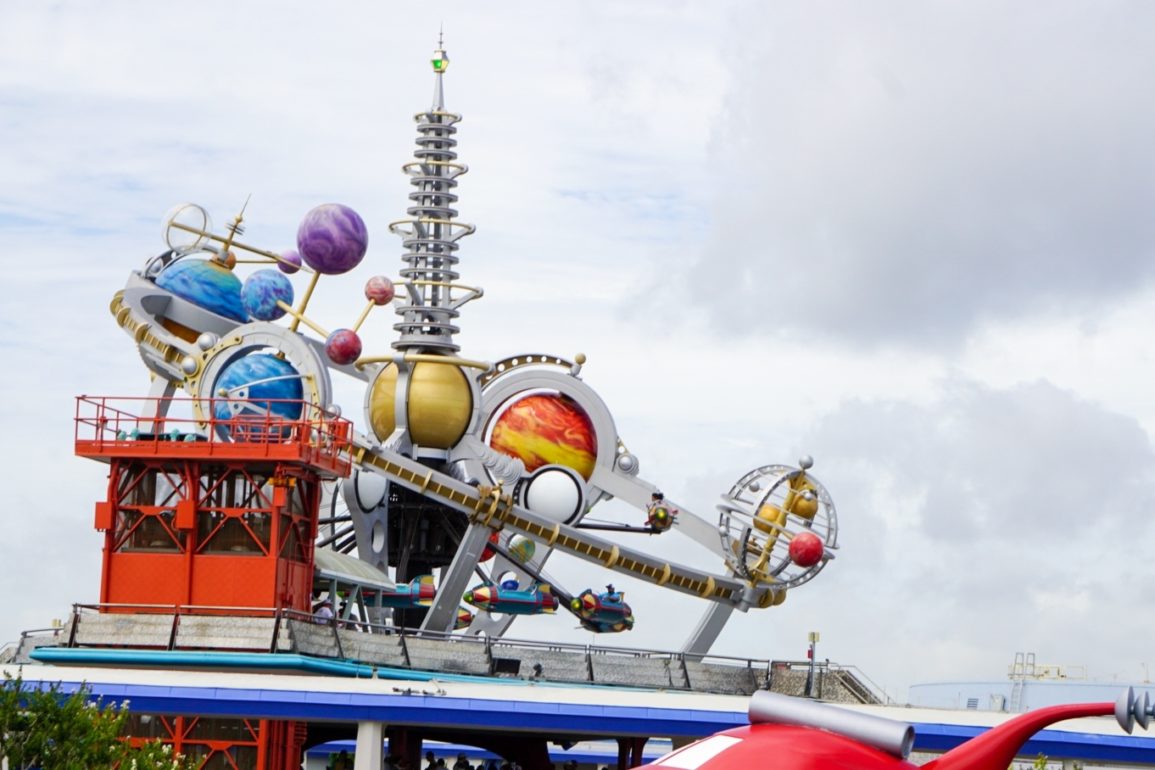 Hello and welcome to a magical day at Walt Disney World! Today we strolled through the many lands of Magic Kingdom and traveled around the world at EPCOT. Let’s jump right in!

This morning we sailed the Seven Seas Lagoon aboard the Richard F. Irvine Ferryboat. These vessels have officially returned to pre-pandemic procedures, with zero physical distancing measures in place.

We are happy to announce that you can now officially rope drop at Magic Kingdom once again! Crowds cheered this morning as they rushed inside their favorite lands from the Hub. We recently saw the return of rope drops at EPCOT as well.

Recently, we found that one of the 50th anniversary decorative jewels on Cinderella Castle had fallen off. It was held in place with what appeared to be a command strip; the jewel has still not been replaced.

Plexiglass dividers continue to be removed from select attractions. The Haunted Mansion, Peter Pan’s Flight, and Big Thunder Mountain Railroad are the latest attractions to see their dividers removed inside the Magic Kingdom.

We also found that “Please Wait Here” physical distancing markers have been removed from every single attraction inside of the park.

Construction has almost finished in Tomorrowland to remove the 1994 “gear floor completely.” It is being replaced with generic pavement, and very little still remains of the original.

We also checked up on  TRON Lightcycle / Run, where netting continues to be installed around the upcoming attraction.

We hopped over to EPCOT to see what was in store!

Construction is still underway throughout Future World, including Creations Shop and Club Cool, which are slated to open alongside each other in the summer of this year.

It seems that Figment was having some technical difficulties at ImageWorks – The “What If” Labs today (possibly because its still running on Windows ’98).

Just like Magic Kingdom, we saw the removal of plexiglass dividers at certain attractions throughout EPCOT; specifically, inside of the queue at Soarin’ Around the World and between boats on Frozen Ever After.

Plexiglass dividers still remain inside of the Frozen Ever After queue, however.

The “pickle tree” has returned inside of the Germany pavilion!

Construction continues at the Morocco Pavilion, where they have now rerouted the path so that guests pass by the currently nonoperational Tangerine Café. This reroute has completely blocked off the entrance and exit to Race Against the Sun, and the attraction is not currently available.

That brings us to the end of our day! How do you feel about Walt Disney World’s return to normalcy? Leave us a comment below, letting us know! We’ll “see ya real soon!”