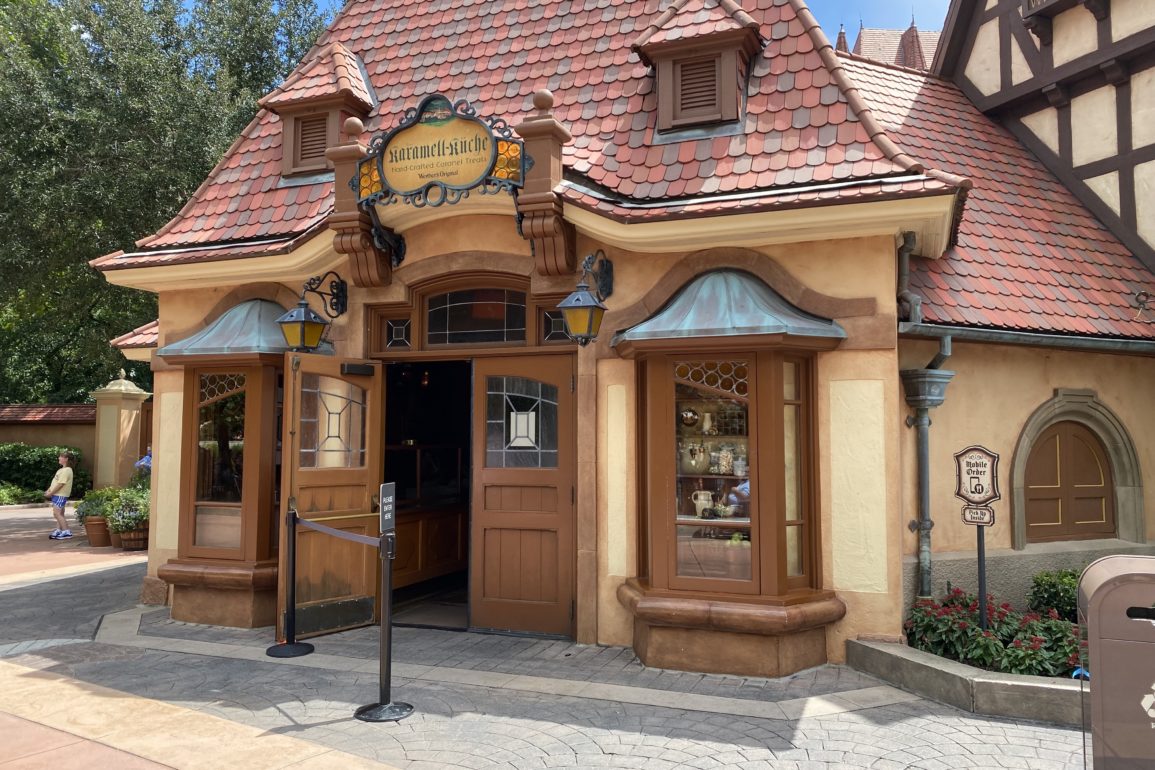 More Lightning Lane signage was added around the current Future World and World Showcase, wrapping up the park’s Lightning Lanes for the most part.

The Space 220 restaurant sign was revealed earlier this week, and we got an early look at the ride into space prior to the out of this world eatery’s opening.

A cool new bolo lanyard featuring the new EPCOT logo was given out to the park’s Cast Member leaders.

New “Nightmare Before Christmas” holographic ears made their way into the parks just in time for spooky season.

Work continues on the the new quick-service restaurant and the breezeway across from the newly opened Creations Shop and Club Cool.

The main entrance area to Guardians of the Galaxy: Cosmic Rewind continues to take shape.

A rare sight, Princess Anna made a solo appearance in Norway today without her sister, Elsa. The sisters are usually out together in front of Royal Sommerhaus.

We waved to Snow White near her wishing well in Germany.

Now available for mobile order, a new sign indicating the addition is positioned out front of the Karamel Kuche.

Trouble has appeared in little Wurzberg as a small green scrim appeared on the walkway over the city.

Dark distress paint has appeared at the rooftops and archways to Enoteca in Italy.

More scoring has appeared in the France pavilion as new pavement continues to be laid.

The attraction board for the live entertainment has returned to the UK.

Thank you for following along today!