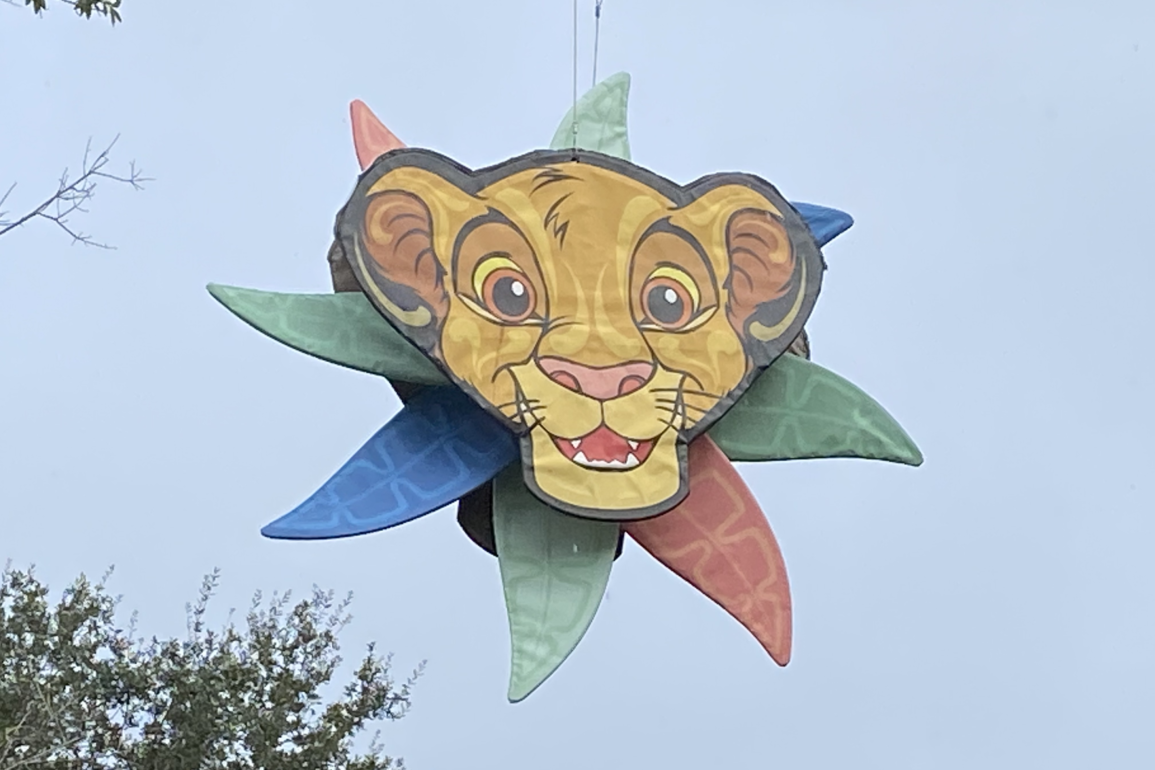 A new Grogu headband has crawled its way into The Emporium.

More Alice in Wonderland Mary Blair housewares are in the home section of the shop. Full details and pricing for all of the items we found are in our daily merchandise roundup!

TRON is making quick progress on the work being done at the train tracks and arches under the canopy near the entrance.

A permit was recently filed for construction on the facade of Tomorrowland Light & Power Co. in Tomorrowland. No work has been done to the building yet, but we’re keeping an eye out for any major changes!

The 50th anniversary EARidescent castle commemorative brick is back in stock at the MaDe kiosks under the “Personalized” section.

A “This is how I roll” youth Star Wars pullover is taking over the shelves in the shop.

A Main Street, U.S.A. trash can keychain is cleaning up the shelves at Star Traders.

The 50th anniversary The World’s Most Magical Celebration magnet frame was previously only available on MaDe kiosks but it is also now at Frontier Trading Post.

A new queue sign indicates the end of the Big Thunder Mountain Railroad line, which was rather long today.

A shiny blue Walt Disney World logo ornament is at Crystal Arts for the holiday season.

Minnie Mouse Kitchen Sink Sundaes are now bite-sized as a keychain for you to tote around your favorite dessert. We found this at The Emporium.

Hopping on the EPCOT monorail, we took a ride in the sky to get an overhead view of the upcoming projects taking place. A pathway in World Celebration next to Spaceship Earth is forming.

On the opposite side of the monorail windows, Guardians of the Galaxy: Cosmic Rewind has some out-of-this-world painting being done on the arms of the attraction building.

The new Connections Cafe has quite a bit of wood out front as scaffolding is up on the side of the building.

Journey of Water has a large trench of some sort dug around the perimeter of the area.

Disney’s Art of Animation Resort is decked out for the holidays in a bright array of colors.

This tree is our favorite! Look for all of your favorite character sketches hidden in the trees and garlands in the lobby.

Following the closure of the NBA Experience, a bit of the merchandise has arrived at the Ink & Paint Shop in the resort.

A 50th anniversary luggage tag, much like the dog tag we found at Tower Gift Shop in Disney’s Hollywood Studios, is at the kiosk in Landscape of Flavors featuring some milestone years for the parks.

The Playful Penguin cupcake returns this season as a new flavor and bringing holiday cheer in his earmuffs on top.

Heading over to Disney’s Animal Kingdom to stop in at Disney’s KiteTails, we saw the character banners have returned to the Discovery River Amphitheater with some friendly new faces, including Heimlich and Simba.

Before heading out for the day, we had to hop aboard Kilimanjaro Safaris to see all the animals, including the dwarf goats!