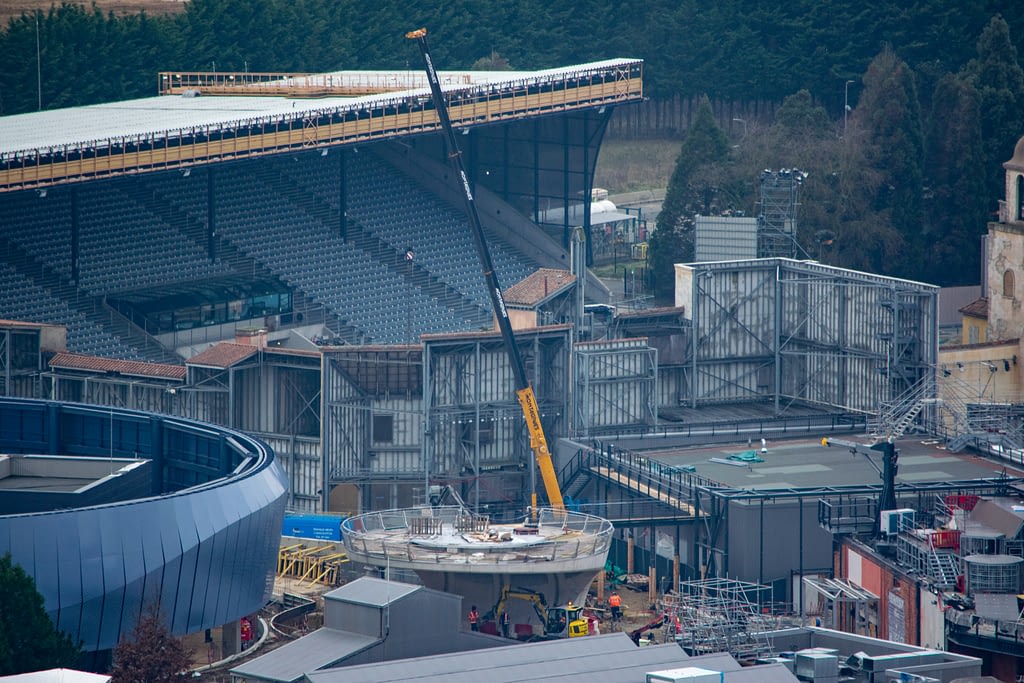 PHOTOS: Quinjet Almost Complete and A Web of Construction Updates for Avengers Campus in Disneyland Paris

Marvel Avengers Campus is set to open at Walt Disney Studios Park in Disneyland Paris sometime this summer as part of the 30th anniversary festivities for the entire resort. OutsidEars has provided another inside look at construction of the land, which will be similar to the one at Disney California Adventure in some ways, but radically different in others.

Recognizable themed elements are starting to arrive at the land, which still mostly looks like bare structures.

Rock ‘n’ Roller Coaster is being turned into an Iron Man-themed coaster that will reportedly also feature Captain Marvel. Here we see construction ongoing outside the attraction.

The brick façade of the Stark Industries building is still being worked on, with scaffolding covering much of it.

A bridge now connects the Quinjet platform to a nearby building so the heroes can traverse it. Railings have been installed around the platform, though the Quinjet has yet to arrive.

The Quinjet itself, still under construction but mostly completed, is just barely visible on the other side of the building.

Previous
REVIEW: Pan-Seared Scallop Recipe Changed for the Worse at The Artist’s Table for the 2022 EPCOT International Festival of the Arts