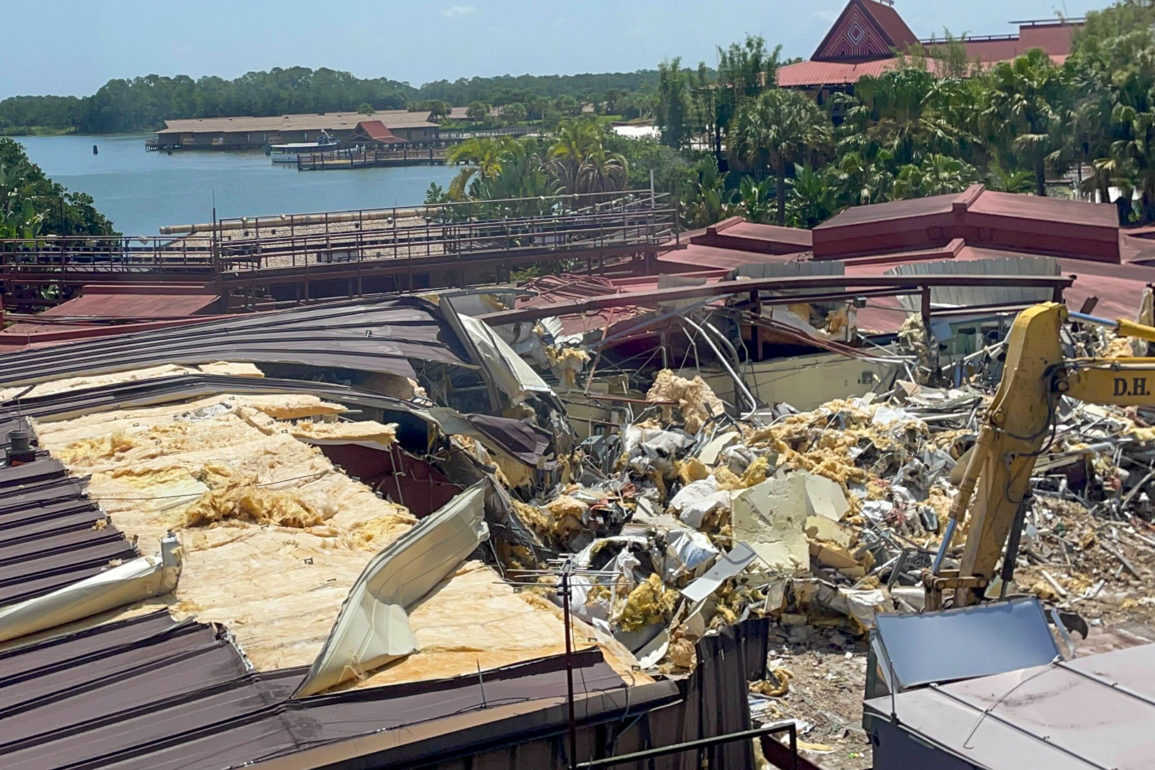 Demolition has begun on the building that once housed Spirit of Aloha at Disney’s Polynesian Village Resort.

While we previously saw the surfboard sign and thatched roof removed, this is the first destruction we have seen of the actual building.

From the Monorail this morning, we could see that a significant portion of the building has been knocked down.

A construction vehicle loomed over the caved-in section.

Later in the day, the demolition had progressed quite a bit more and we got a better look at the aftermath.

A large portion of the backstage area of Luau Cove is now little more than a pile of rubble.

Disney announced earlier this year that Spirit of Aloha was permanently closed and later filed a permit for demolition. A new Disney Vacation Club wing will replace the demolished buildings.