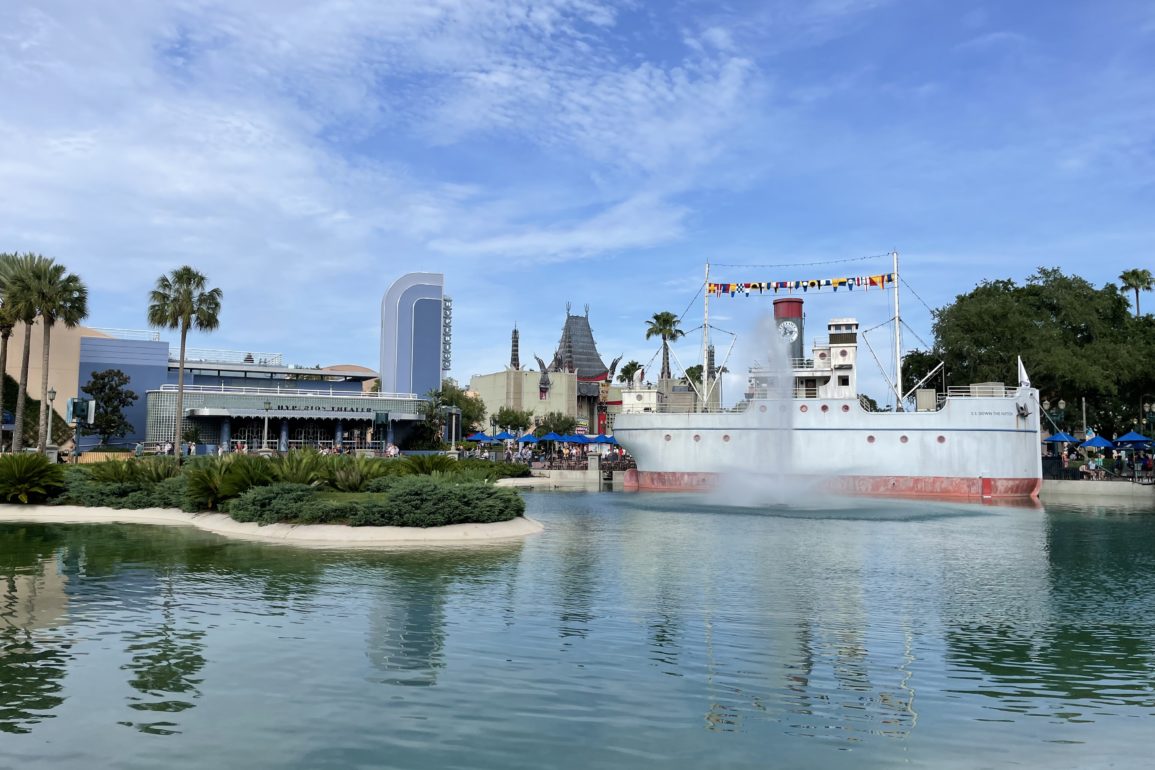 Good morning movie stars, and welcome to Disney’s Hollywood Studios. It’s a gorgeous, summer day, and we’re out enjoying all that the park has to offer. Let’s get going.

It’s peak season here at Walt Disney World, and boy, can we tell.

We found new phone cases at The Darkroom. Above is part of the Disney Pride Collection, and below are for Annual Passholders.

Are you worthy enough to wield this Her Universe Thor jacket? We saw it at Keystone Clothiers.

At Legends of Hollywood, a new complimentary Pixar collector’s box is available to those guest who purchase three or more Pixar Pandora charms.

A new “Moana” button-down shirt and Walt Disney World biker shorts are available at The Majestic.

Care to drop in to The Hollywood Tower Hotel?

Goofy was waving “hello” to guests passing through at the Hollywood Tower Hotel.

The new orchid Spirit Jersey is hiding at Rock Around the Shop.

Key lime pie, in a milkshake? We’re going to pass, but if this looks like something you would enjoy, it’s located at Hollywood Scoops.

It’s quite in the morning around Echo Lake, and it brings a sense of zen to a crowded park.

A pride photo op is located on the wall across from Baseline Tap House.

It’s time for an afternoon pick me up, and we know the perfect treat. The Cold Brew Black Caf is delicious and so refreshing during this hot day.

Instructions for “Star Wars: Batuu Bounty Hunter” game for MagicBand+ have been posted on the console.

Back at the front of the park, inside of Mickey’s of Hollywood, a new red panda was discovered among the “Turning Red” merchandise.

Six new attraction pins were seen at Crossroads of the World. Do you notice anything missing?

There is no mention of “Tower of Terror” or “Twilight Zone,” most likely to avoid licensing fees with CBS.

“Finding Nemo: The Big, Blue… and Beyond” soft opened today, and we were there to see it. You can join us under the sea, and watch the full show here.

After the show, we strolled around the park, and noticed that a Lightning Lane sign has been reinstalled at Adventurers Outpost.

We are calling it a day. Thanks for joining us today, and we’ll see ya real soon!