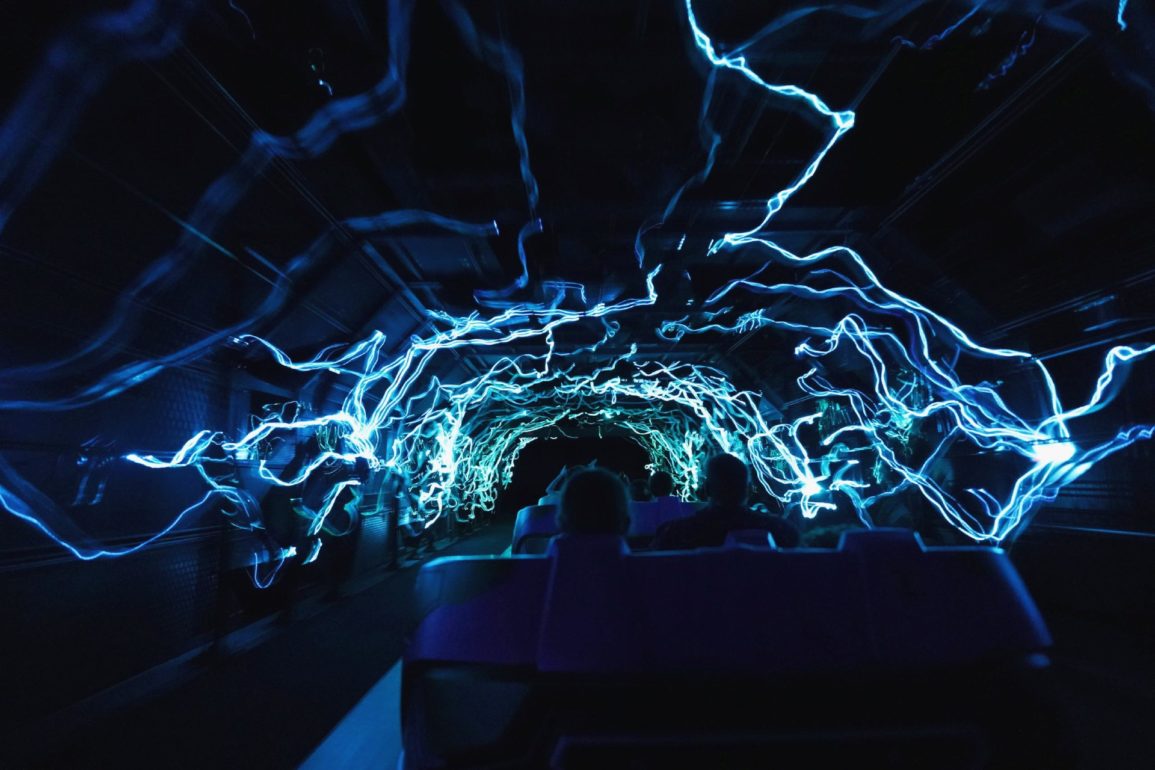 I Tore My Retina on Guardians of the Galaxy: Cosmic Rewind

By the time you have read this first sentence, several (maybe even a hundred) people have already commented that “old Clickbait Corless is at it again.” We won’t even get into the nonsense of this, given how straightforward a majority of our headlines are on a daily basis, but let me start off by saying that there is nothing inherently dangerous about riding Guardians of the Galaxy: Cosmic Rewind other than the common motion sickness that many are experiencing. My issue was related to an existing medical condition, but the spinning, backwards-launching EPCOT roller coaster most definitely exacerbated the problem.

First off, my eyes have always been an issue for me. I have been wearing glasses all day, every day since I was 5, and my vision has only gotten worse. I have a very severe astigmatism. For those unaware of what that is, here is a definition from the Mayo Clinic:

Astigmatism (uh-STIG-muh-tiz-um) is a common and generally treatable imperfection in the curvature of the eye that causes blurred distance and near vision.

Astigmatism occurs when either the front surface of the eye (cornea) or the lens inside the eye has mismatched curves. Instead of having one curve like a round ball, the surface is egg-shaped. This causes blurred vision at all distances.

Astigmatism is often present at birth and may occur in combination with nearsightedness or farsightedness. Often it’s not pronounced enough to require corrective action. When it is, treatment options are corrective lenses or surgery.

With the elongated, ovular shape of my eyes, I am prone to retinal detachments and lattice degeneration as well. A retinal detachment sounds worse than it is, as many often assume some nerves or such in my eye had ripped clean off, but it’s actually very different (yet still very scary as it can lead to permanent vision loss). It’s actually a situation in which a thin layer of tissue (the retina) at the back of the eye pulls away from its normal position, as seen illustrated below:

A few years ago, while riding Rock ‘N’ Roller Coaster at Disney’s Hollywood Studios, I noticed a flash of light in my right eye. My vision wasn’t impaired beyond this, so I thought nothing of it, but when I went to visit my eye doctor for a routine exam a few days later, he was very concerned. A trip to a retinal specialist gave me the diagnosis that my retina had detached. Between my eye doctor, the specialist, and the surgeon, there was some amount of argument as to what role my profession played in the injury. Some thought it was just bound to happen given my condition, while others thought the constant exposure to g-forces a theme park reporter must face is what led to the damage suffered at such a young age. Either way, I had a surgical procedure where a “Scleral buckle” was placed around my eye permanently. Yes, this is what it sounds like, as there is a small silicon band permanently squeezing my right eye, as seen in the illustration below:

Before I had this surgery, I was asked many times by the physicians if I had noticed any floaters or flashes of light leading up to my visit. I hadn’t, really.

Well, what happens in one eye is likely to happen in the other, but I had been postponing getting any sort of preventative surgery as I searched for the proper health insurance. I had been on my father’s plan when this incident happened, but I was removed when I reached a certain age shortly after. After a few years of procrastination, I was lucky that WDWNT extended medical benefits, including a vision plan, to all of its full-time employees, including its owner.

I was planning to go for an eye exam and to begin the process of finding a retinal specialist to finally get the surgery this summer, but something happened before I got around to that: Guardians of the Galaxy: Cosmic Rewind opened.

In the process of covering the opening weeks of a new attraction, we generally ride these things a lot. There are a few reasons for this, such as it is best to enjoy these rides during preview periods when fewer guests are present, as it can be years, even decades, before it becomes so easy to access them again. For example, I remember riding Navi River Journey and AVATAR Flight of Passage many times during previews, but still wishing I had more as the wait times for both would constantly be over an hour, and sometimes more than three in the case of the E-Ticket. So, I rode Cosmic Rewind a lot during previews, especially during a D23 event where we could enjoy it as much as we wanted over the course of several hours.

That week, I started to notice some flashes of light, and, shortly after, an increase in the number of floaters in my left eye. Immediately I assumed the worst, that I had detached the other retina. I immediately made an appointment to see an eye doctor locally, at which point I was luckily told I had not detached it. I had torn it.

A tear in the retina is still bad, in many ways being the first step to a detachment, but still less severe. Regardless, I was then sent to a specialist and told I would have laser surgery a week later. He was sure also to tell me one thing before I left: no roller coasters until the surgery was completed. Mind you, this came unprompted as I had not told the doctor under what circumstances the tear had occurred. They don’t really ask anything other than wanting to know when you started to experience the changes.

In the end, I asked the doctor and the specialist if a roller coaster could cause such damage to someone with my condition, and the answer from both this time was that it “was very likely.”

Someone in the comments will inevitably ask if this story is news, and we’ll get the usual “MuSt bE a SlOw nEwS dAy,” and to that, I say, it is. I get asked a lot about what happened to my eyes, and honestly, most people are fascinated to hear about the Scleral buckle, what a detached retina is, and how and when the issues occurred. I also hope maybe this will reach someone who has been putting off going to any sort of doctor for some similar scenario, whether it be problems with their vision or otherwise, and inspire them to make an appointment and be sure they are in good health.

Oh, and I did complete my 30th ride on Cosmic Rewind just four days after my surgery. Don’t worry; this was something the specialist said was perfectly fine as of a few hours after my procedure.