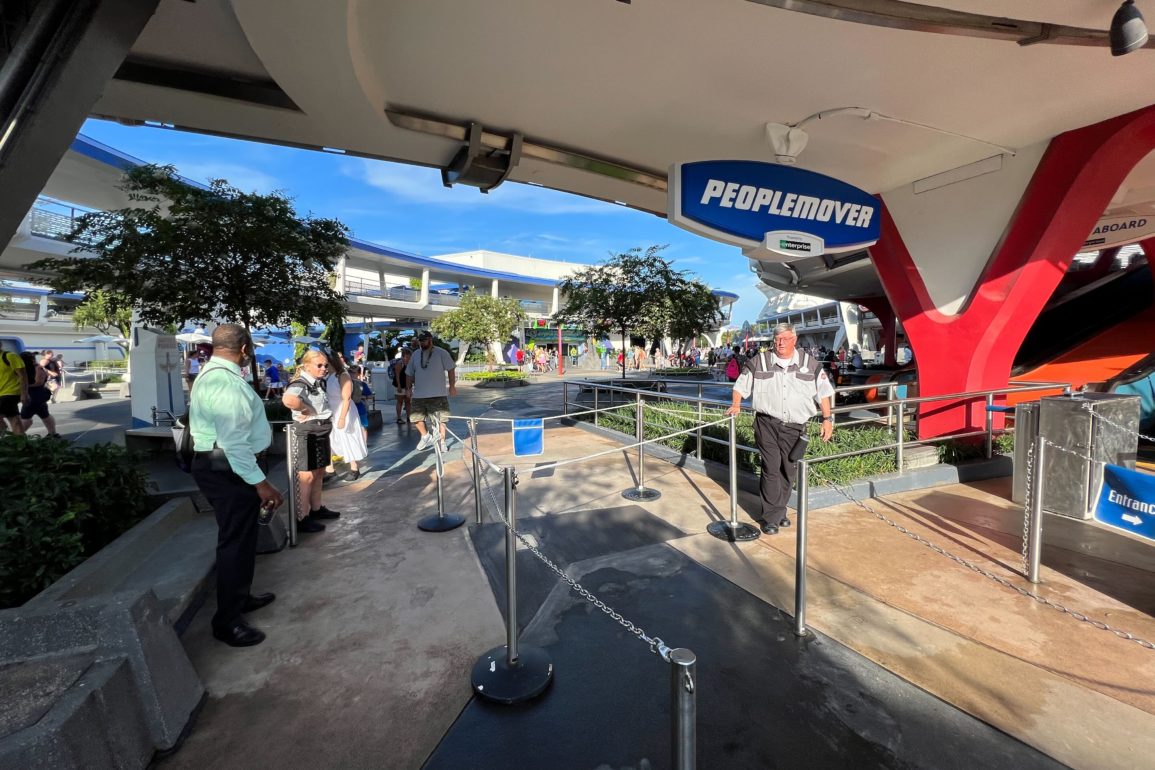 PHOTOS: One of the Last Remnants of ‘New Tomorrowland 1994’ Removed from The PeopleMover at Magic Kingdom

The sign pointing to the entrance in the style of the 1990s makeover is now history.

The section is blocked off from guests. The pavement still looked wet to us.

Here’s a picture of what it looked like just a few days ago, with the old and new signage standing side-by-side. Honestly, the sign was a time capsule of Walt Disney World in 1994 for many reasons, not only because of the styling of it, but in its placement. I can vividly remember there barely being a queue for the PeopleMover at that time. I recall actually entering where this sign is and pretty much immediately going up the speed-ramp to the load area every time I rode. As the internet became more popular, more people came to know of the attraction and appreciate it, to the point now where there is constantly a queue set up downstairs for the ride.

A view of the removal from above.

And now from the ride’s exit.

A new narration featuring the return of ORAC, “The Commuter Computer,” recently debuted at the PeopleMover as well. For more details and a full video, click here.

Changes to Tomorrowland are coming fast as the Magic Kingdom prepares for TRON Lightcycle Run, including updates to the finale scene of Carousel of Progress, in addition to rumors that Disney may finally put a new attraction in place of the long-closed Stitch’s Great Escape.