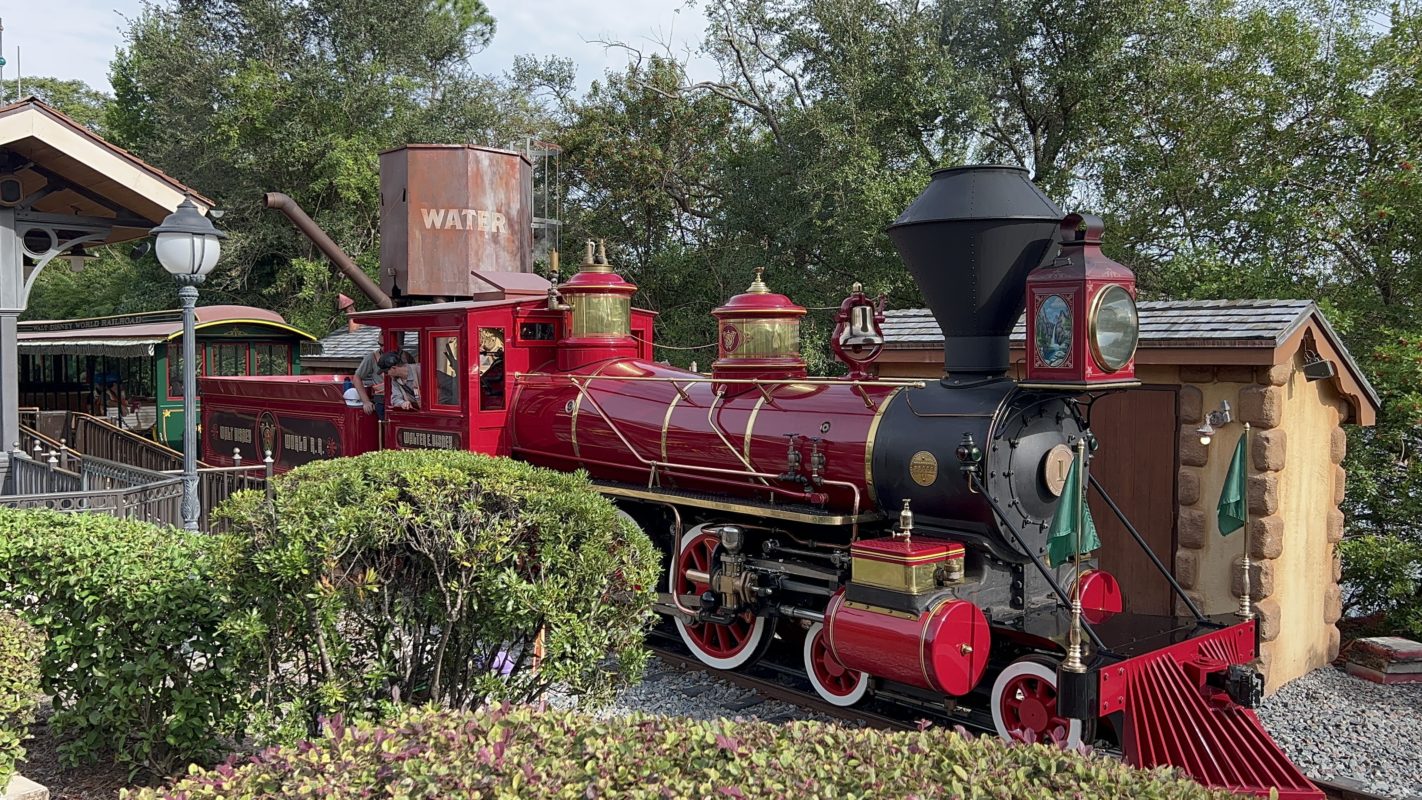 Good morning from Magic Kingdom! It’s a rather gloomy day today as we’ve had some really overcast weather recently. Let’s see if we can brighten up this day with some finds!

Starting our day off in the Emporium to do some shopping, we found this adorable and very festive Santa Mickey mug for $24.99.

A “Happy Hanukkuh” reversible table runner has joined the other Hanukkuh merchandise at the Emporium. You can take it home for $59.99.

You too can deliver holiday cheer with the new vintage-looking holiday Christmas ornament. Mickey and Minnie are featured on either side of the bell with some very cute reindeer. The ornament is $22.99.

What a festive cookie jar we found in the seasonal section! Frosted Mickeys, gingerbread Mickeys, fruitcakes, and more adorn this simple holiday jar. The container is $54.99.

A bit of merchandising change-up has moved the t-shirt wall into the first “Fashions” room in the Emporium. There is plenty of room to shop for the perfect t-shirt and it fits this room better.

The t-shirt wall in the second portion of the “Fashions” room is now decked with the latest collection. The lighting and space is better to shop each style.

“Just one bite” reads on this colorblock poison apple Snow White crewneck for $52.99.

More pavement has been poured near the top of Center Street. New curbs were shaped yesterday. It is getting closer to completion!

Once the park opened, we hopped aboard the PeopleMover for a bird’s eye view of TRON and the construction progress down below.

Workers were gathered around the Walt Disney World Railroad tracks as it appears to finally be completed.

More pavement has been poured for the pathway at Tomorrowland Light & Power Co., and it looks like there is more on the way.

What’s that!? Is that the Walt Disney World Railroad out on the tracks past TRON?

It is! We followed the sound of the train whistle of the Walter E. Disney as it made its way around the park in a full circle on the newly completed train tracks. How exciting!

Trains of a different kind were also running at TRON. Weights were being used in the vehicles, and audio for each train could be heard as it passed.

As we continued on our route around Magic Kingdom, we found Mr. Toad popcorn buckets still available at Maurice’s Popping Cart near Bonjour Village Gifts, no mobile order needed.

As we finished our lap around the park, we noticed the train also made a stop at Frontierland station to fill up with more water before chugging back along through the station.

After Magic Kingdom, we made our way over to Disney’s Animal Kingdom, where their Christmas tree is finally up!

The tree features a variety of animals, leaves, and ornaments celebrating the park. Some of our favorite decór is down below, where custom toys are waiting for Christmas Day under the tree. We especially love this King Louie rocking horse!

It was time to head to BoardWalk Inn! On our way, we noticed that the other half of the recently-replaced Walt Disney World roadway sign near the exit from Disney’s Animal Kingdom has been replaced.

We love the ships and fun starfish from the Yacht & Beach Club Resorts, but we are definitely big fans of the holiday setup at Disney’s BoardWalk Inn. Do you have a favorite resort for the holidays?

That’s all for today, thanks for following along!