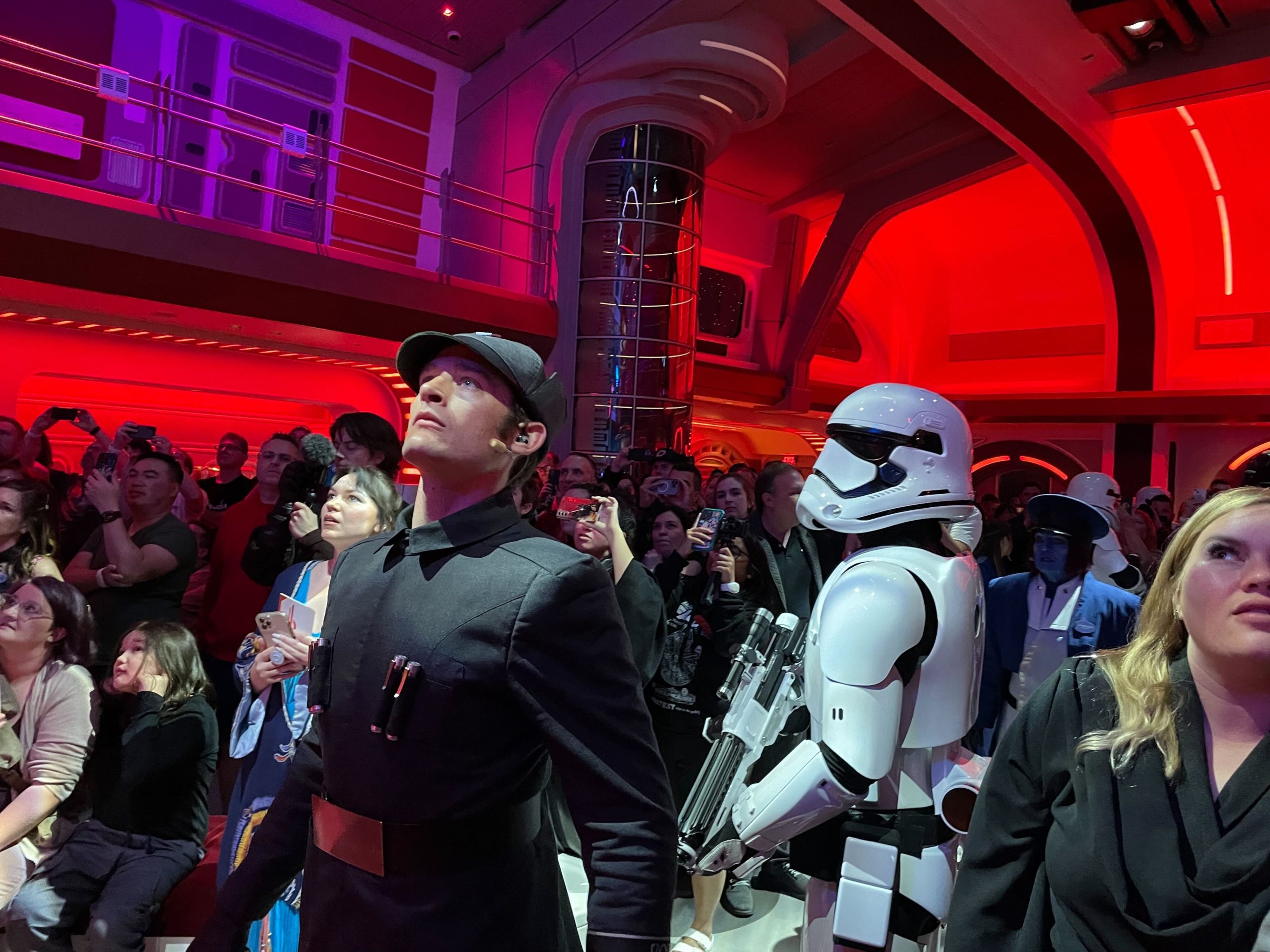 Today, the Themed Entertainment Association announced the winners of their annual Thea Awards, which are given for excellence in themed entertainment design for experiences worldwide. While Universal was a big winner for their new park in Beijing, Disney did sneak away with two awards — including one for the Star Wars: Galactic Starcruiser!

Star Wars: Galactic Starcruiser of course opened earlier this year in March at Walt Disney World. The experience starts at nearly $5000 per cabin and offers a three-day, two-night immersive “Star Wars” adventure on a fictitious cruise ship where guests become part of a conflict between the Resistance and the First Order. It includes an excursion to Batuu, themed meals, and live entertainment including a climactic battle for the galaxy. The Halcyon (as it’s called in-universe) has 100 guest rooms, including 94 Standard Cabins that sleep up to 5, four Galaxy Class Suites that sleep up to 4, and two Grand Captain Suites that sleep up to 8.

It also has a high price tag with trips starting at $4,809 for two guests for a standard cabin, but a family of four can expect to pay upwards of $6,000.

Before the Star Wars: Galactic Starcruiser opened, it went through waves of selling out followed by mass cancellations. Right before the grand opening in March 2022, several months were completely booked. Despite generally positive reactions, cancellations increased after opening.

Back in May, CEO Bob Chapek boasted of continued “high demand” for the Starcruiser and an expectation for the 2-night experience to reach “100% utilization” for the third quarter, meaning they expect the Starcruiser to continue to reach capacity for each “voyage.” Now it seems demand has plummeted, with no sold out dates on the horizon and Disney cutting hours for Cast Members aboard due to low occupancy.

Disney’s other award was given for the Main Street Electrical Parade, awarded the Classic Award for standing the test of time.