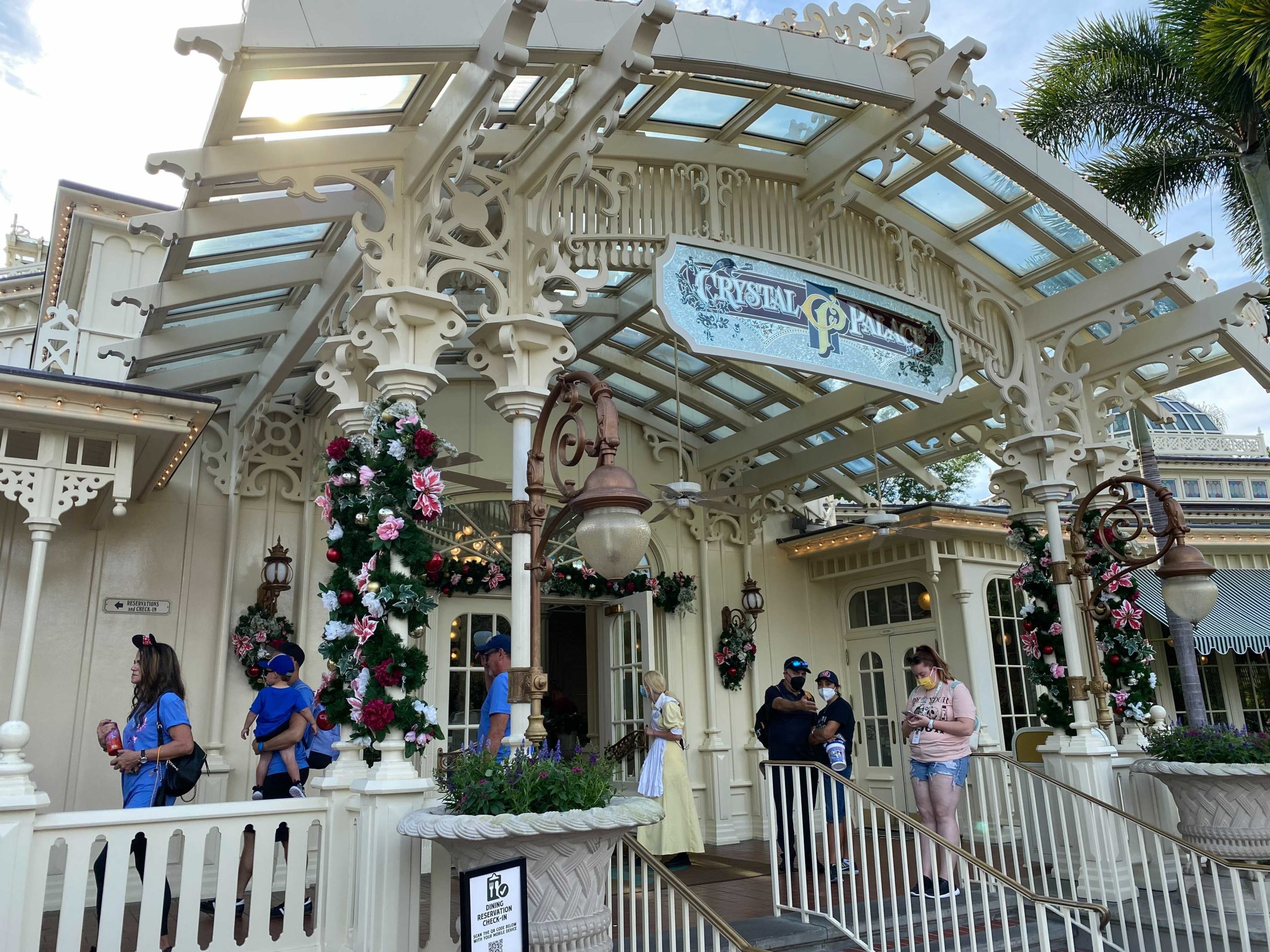 The Crystal Palace has expanded its cocktail menu as the hard liquor restrictions around the Magic Kingdom continue to be loosened.

The Magic Kingdom used to be infamously dry, following Walt Disney’s wishes. “No liquor, no beer, nothing,” was the decree he made for Disneyland. Magic Kingdom followed the same rules until 2012, when Be Our Guest opened with beer and wine on the dinner menu. In 2016, alcohol was added to the lunch and dinner menus at four more table-service restaurants. It’s become standard for table-service restaurants to offer beer and wine at the Magic Kingdom, but the addition of cocktails began this fall.

Diners at the Crystal Palace have had the option of ordering mimosas and sangria since 2018. Now, they can choose from more specialty cocktails.

The three new cocktails listed below are available at breakfast, lunch, and dinner, alongside the mimosa and sangria:

Some guests have been in support of the larger rollout of liquor cocktails, given that the other three Walt Disney World parks offer them. However, some oppose them on the ground that they go against Walt Disney’s wishes or wanting to keep Magic Kingdom more “family friendly.”

How do you feel about the growing list of liquor cocktails at the Magic Kingdom? Let us know in the comments.