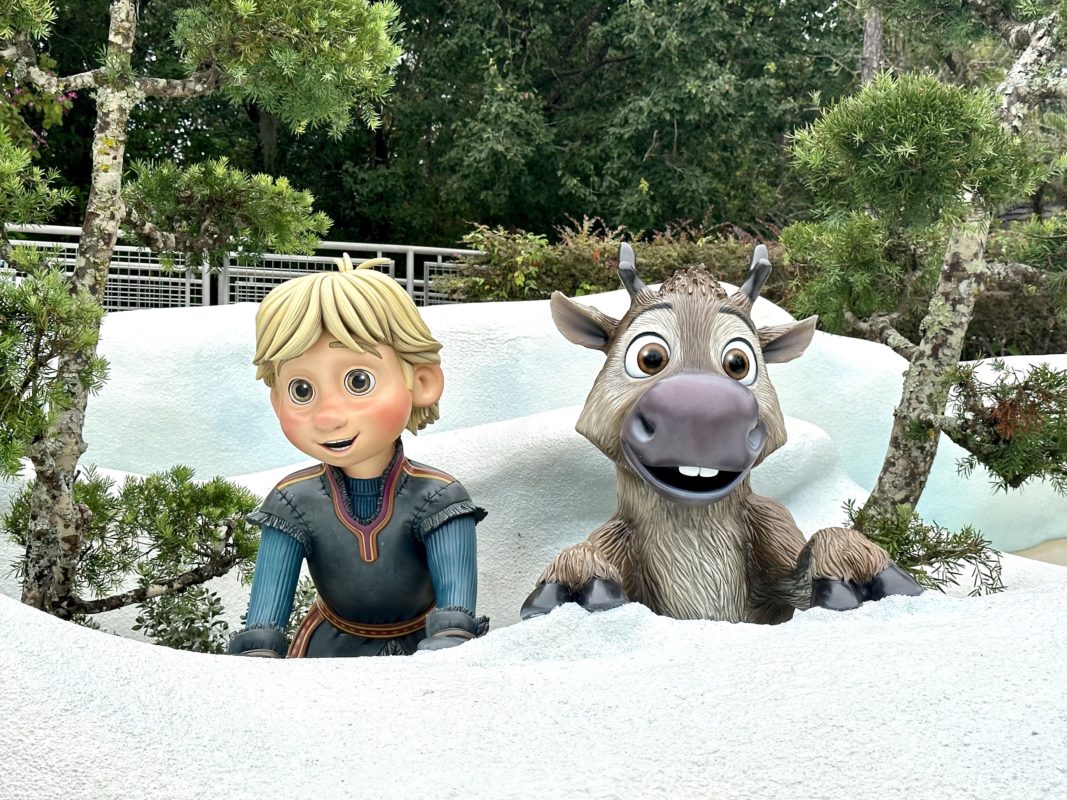 Good morning from Magic Kingdom! Today we have a big day planned with stops at Disney’s Blizzard Beach Water Park and Disney’s Hollywood Studios. We will be sure to report on all the new things we find today. Let’s get started!

We were surprised to see Magic Kingdom wasn’t too crowded this morning.

Let’s do some shopping! We found the perfect ears to ring in the new year here at Walt Disney World. A 2023 Minnie ear headband is now available in the Emporium. You can find other items from the 2023 collection here.

As we walked down Main Street, U.S.A. we spotted water art drawings of Mickey Mouse and Donald Duck.

We’re going to hop over to Blizzard Beach!

With the low temperatures in Walt Disney World this week, we didn’t see many people here at Blizzard Beach. It was practically empty!

We made our way to Tike’s Peak and noticed new Frozen characters have been added.

Kristoff and Sven (as children) have been added to the Tike’s Peak children’s splash pad area. They have joined Olaf, the snowgies, and Anna and Elsa (as children).

There is a grey Disney’s Blizzard Beach UPF 50+ long sleeve shirt available. We previously shared the white color version of this shirt.

There was also a “Snow Much Fun” Blizzard Beach blue T-shirt available. The back of the shirt features Summit Plummet.

Next we decided to park hop to Disney’s Hollywood Studios.

New entrance signs have been installed at Disney’s Hollywood Studios.

In Dok-Ondar’s Den of Antiquities at Disney’s Hollywood Studios Star Wars: Galaxy’s Edge, select Lightsaber hilts are on sale for 30% off.

The four Lightsaber hilts currently on sale are, Leia Organa, Plo Koon, Luminara Unduli, and Darth Sidious. This is a great deal for any Star Wars fans!

Thanks for following along with our day! See you real soon.