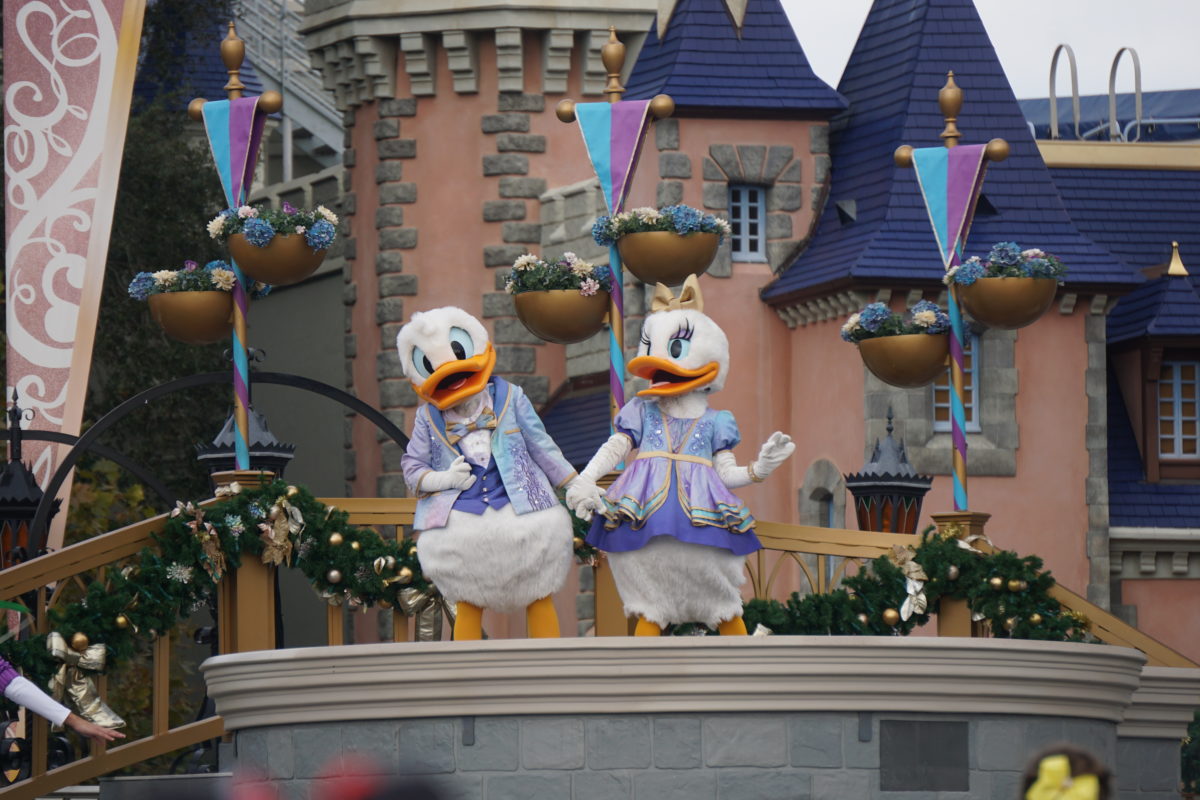 Royal Greetings, and welcome to Magic Kingdom! Join us around Magic Kingdom and Disney’s Hollywood Studios finding more Disney 100 merchandise, new 2023 Glow Ears, and so much more! Lace up your sneakers, and let’s get going.

First things first, we must take a picture of Cinderella Castle. The 50th anniversary celebration is coming to an end soon, after all!

So, it’s onto the next celebration. Disney 100 Years of Wonder kicks off at Disneyland Resort on January 27, 2023. Today, we found three new items celebration the 100th anniversary of The Walt Disney Company. A new throw blanket, featuring Mickey Mouse, Goofy, and Donald Duck, a platinum photo frame, and a purple t-shirt featuring Minnie Mouse.

This entire collection looks like it was designed by Hallmark.

Stitch is still having a Merry Stitchmas.

The Walt Disney World Railroad returned just a few days ago. We are still on cloud nine that this iconic attraction is welcoming guests aboard. You can join on full ride around Magic Kingdom, here.

Quick wave to our favorite Disney Ducks, Donald and Daisy.

Either everyone is sleeping in, or their flights were, unfortunately, cancelled. The crowd size is still rather low today,

Today’s moment of Zen is brought to you by the Liberty Belle.

We caught these two ducks in a deep conversation. We better let them hash it out.

Mickey’s Celebration Cavalcade was only using one float today. We still got to see all of our best pals from on top of the Main Street, U.S.A station.

We popped over to Disney’s Boardwalk Inn to check in on the soon-to-be opening, Carousel Coffee. Crews have installed the front facade with signage.

The former spot of the ESPN Club is being reimagined into the Cake Bake Shop, opening in 2023. We can see that construction is making progress.

Time to drop into Disney’s Hollywood Studios, though we won’t be dropping into Tower of Terror. The wait time is 145 — nearly two and a half hours!

You could be the “greatest in the galaxy” with this new “Star Wars” MagicBand+ we saw in the Darkroom.

2023 Glow Ears are now available to help you ring in the new year. You can find these at Mickey’s of Hollywood.

We’re ending our day deciding if we need to purchase this Sheriff Woody Nutcracker. He’s cute but, also creepy. Anyways, thanks for joining us today, and we’ll see ya real soon!

Compose Your Own Figment Station Returns to EPCOT’s Imagination Pavilion