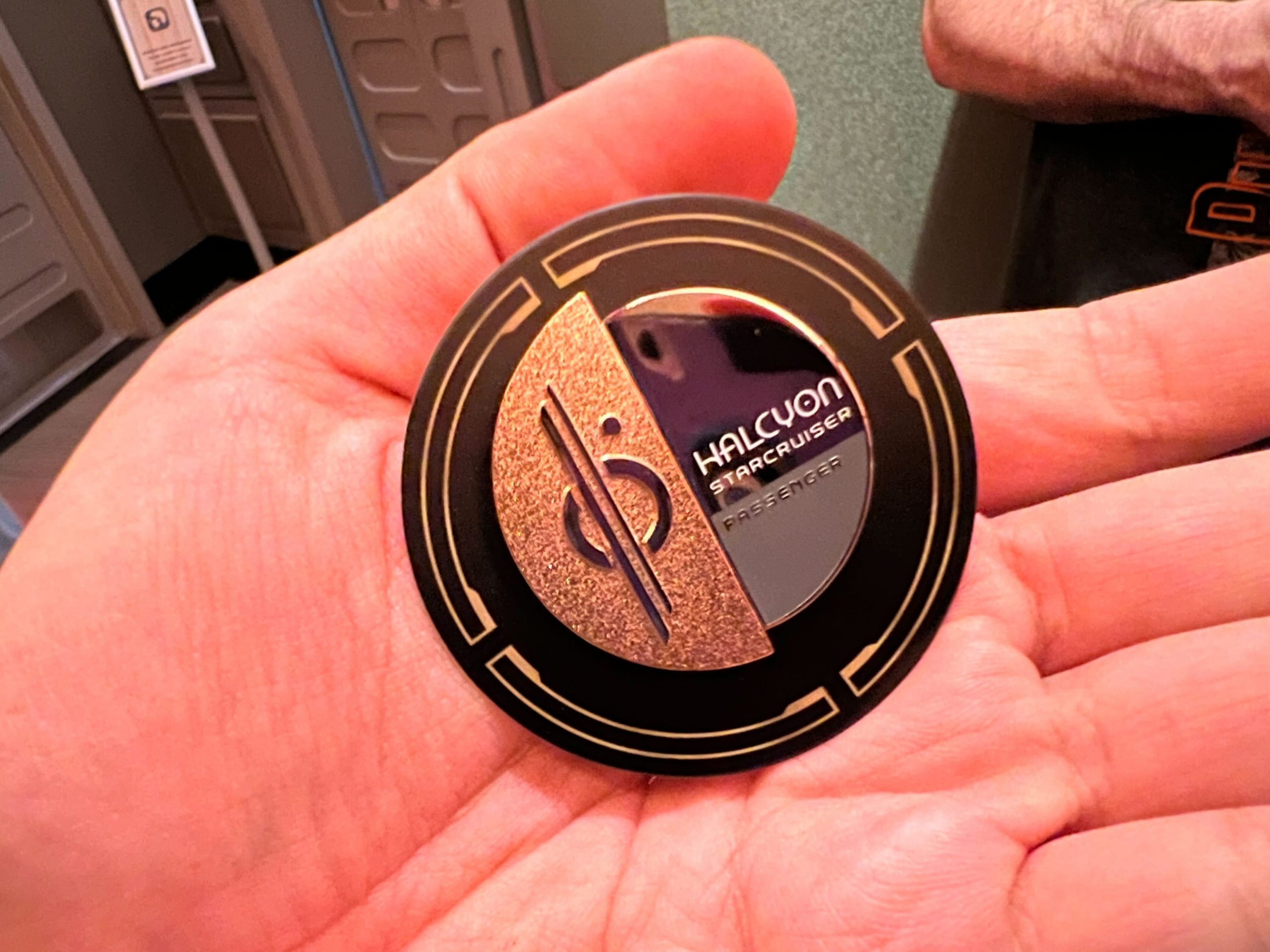 Cast Members are now warning Star Wars: Galactic Starcruiser guests against losing the complimentary “Sigil of the Select” pin they receive when traveling on the box truck from the Halcyon to Batuu despite the voyage’s high cost.

Guests receive this special pin that designates them as a Halcyon Starcruiser passenger.

The pin is not needed to board rides or return to Star Wars: Galactic Starcruiser — those are completed using a MagicBand or phone — but it is a nice souvenir. Apparently, several guests have lost their pins and asked for replacements, so Cast Members are now giving an extra briefing about the pins before guests can leave the Halcyon. The pins are given out for free, and given how cheap manufacturing these pins is and the high cost of a Star Wars: Galactic Starcruiser voyage, we’re surprised replacements are absolutely off-limits.

Cast Members warned guests on our Christmas cruise that if they wear the pin with the cardboard backing still attached, it’s more likely to fall off. They also noted they cannot issue a new pin but will help guests locate their lost one, which does seem like it would take significantly more time and effort than simply replacing the free pin.

What do you think about this policy and briefing? Let us know in the comments and check out our complete guide to Star Wars: Galactic Starcruiser.