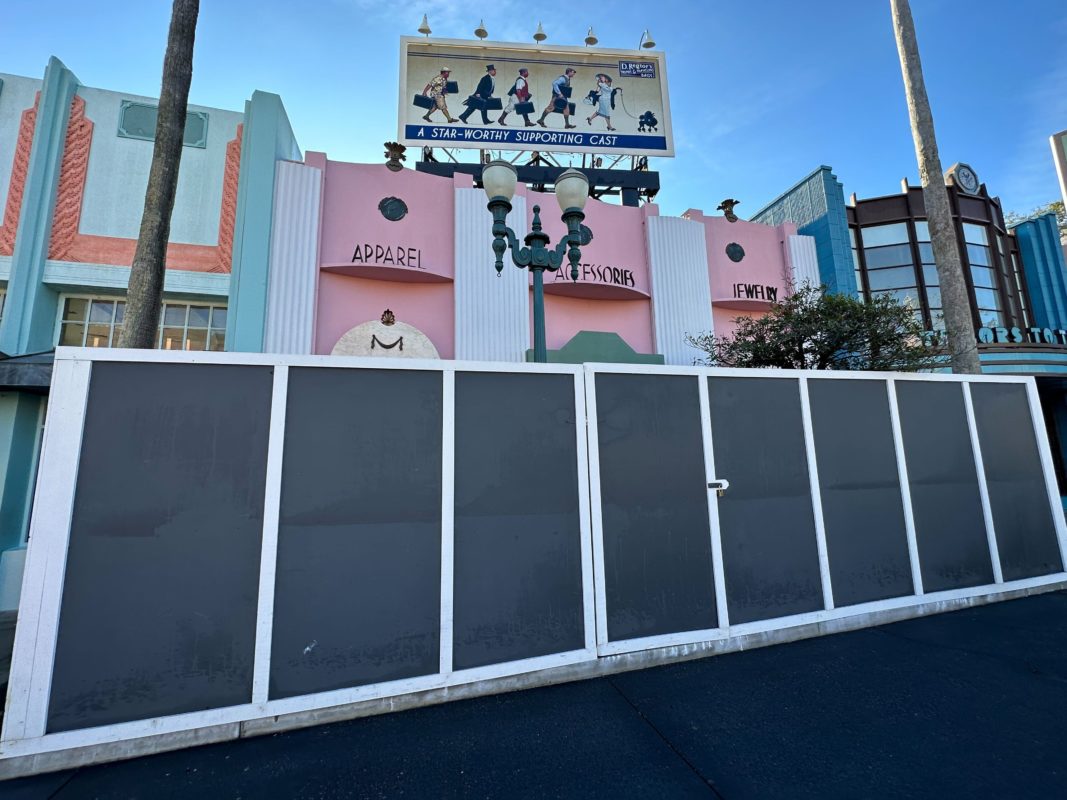 In September of last year, at Disney’s Hollywood Studios, a section of wall around a doorway on the Keystone Clothiers façade collapsed, leading to the doorway being blocked off. Construction walls went up around the façade a few weeks later, but there has been no visible progress on the wall since.

Keystone Clothiers is on Hollywood Boulevard, not far from the entrance to the park. The walls block the entire pink portion of the building, which replicates the historic Max Factor building in Los Angeles.

Behind the construction walls, we can still see the temporary green wall erected directly over the doorway.

The wall hasn’t come down for repairs, unless it was taken down and put back up during overnight work.

The left side of the doorway (when facing it from outside) seemed to have crumbled right off its support structure, taking a light fixture with it. The store was closed immediately after the incident but is open now.