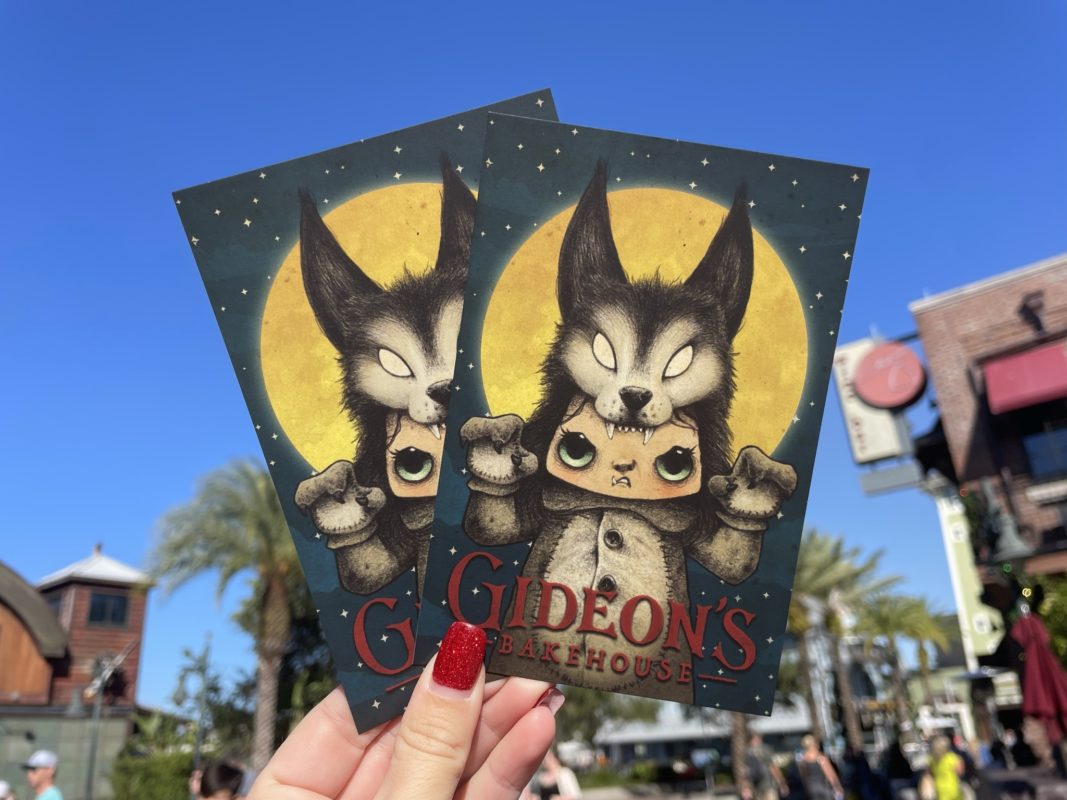 Hello, and Happy New Year! Today we are exploring Disney Springs and Disney’s Hollywood Studios. A new year means a lot of new merchandise and new food. From Lunar New Year merchandise to Gideon’s Bakehouse new cookies and cold brew, we have a lot to see. Grab your water bottle, small snacks, and lace up those sneakers. Let’s get going!

New year, and a new month, means new Gideon’s. We grab a few new menus and join the virtual queue. We were quoted 100 minutes, and during that time we always do a little shopping.

Of course, our first stop is World of Disney. Right off the bat, we found a super fluffy and soft green blanket.

2023 is the Year of the Rabbit. Hope you know your Disney rabbits.

Lunar New Year begins on January 22nd. A new line of merchandise has debuted to celebrate. Thumper is featured in this black long sleeve shirt, while Judy Hopps is on the grey sweater below.

This red jacket is covered in different Disney Rabbits, the March Hare, the White Rabbit, Thumper and Ms. Bunny, to name a few.

Winnie the Pooh also has a new collection. We found a Loungefly wallet, pillow, blanket, long-sleeve shirt, and a large overcoat. The whole collection shows the same art of Tigger, Eeyore, Piglet, and Pooh Bear.

The 50th Anniversary Grand Finale merchandise has made its way to World of Disney. We also found it in the Emporium at Magic Kingdom.

Two new bigfoot plushes have arrived. Grogu and Dug are now available to hug and cuddle, and also purchase.

Disney 100 Years of Wonder celebration officially kicks off on January 23 at Disneyland Resort. A new Disney 100 beach towel and tumbler can be found at World of Disney.

Even more water bottles and mugs were found in the “MUGS” section of World of Disney. We found a new kids Winnie the Pooh mug, a 2023 tumbler, a Squirt “Give me some fin” mug, a Minnie Mouse inspired mug and tumbler, and a Moana tumbler.

At Art of Disney, we discovered a new Snow White Limited Edition doll.

If you have been wanting a dress inspired by the Disneyland Park attraction, Matterhorn, look no further. Stocked on the shelves at Tren-D, this Matterhorn dress is giving Swiss Alps vibes.

It’s finally time for Gideon’s. The new Cookie Butter Butterscotch Cookie and Cold Brew were delicious when eaten together.

We’re all hyped up from that nitro cold brew, so it’s off to Disney’s Hollywood Studios we go. Inside Mickey’s of Hollywood, we saw a new 2023 Peterbilt Model 387 Hauler.

The Hollywood Tower Hotel is gleaming in this sunlight.

Rock ‘n’ Roller Coaster has new Loungefly backpack you can use to store your backstage passes in.

New collectables inspired by the origin story of Woody, Jessie, and Bullseye, are now available at Beverly Sunset.

Each marionette cost $49.99. Only the Prospector is missing from this set.

It’s off to a galaxy far far away.

Second, a limited edition set. Anakin Skywalker and Obi-Wan Kenobi ‘Battle of the Heroes’ Legacy Lightsaber set is $375 to purchase. It comes with both lightsaber hilts and the collectible box, featuring a design to look like molten fissures of Mustafar.

And with that, we will part ways. Thank you for joining us today, and we’ll see ya real soon!

Walls Up Around Adventureland Paths at Disneyland, Causing Major Congestion