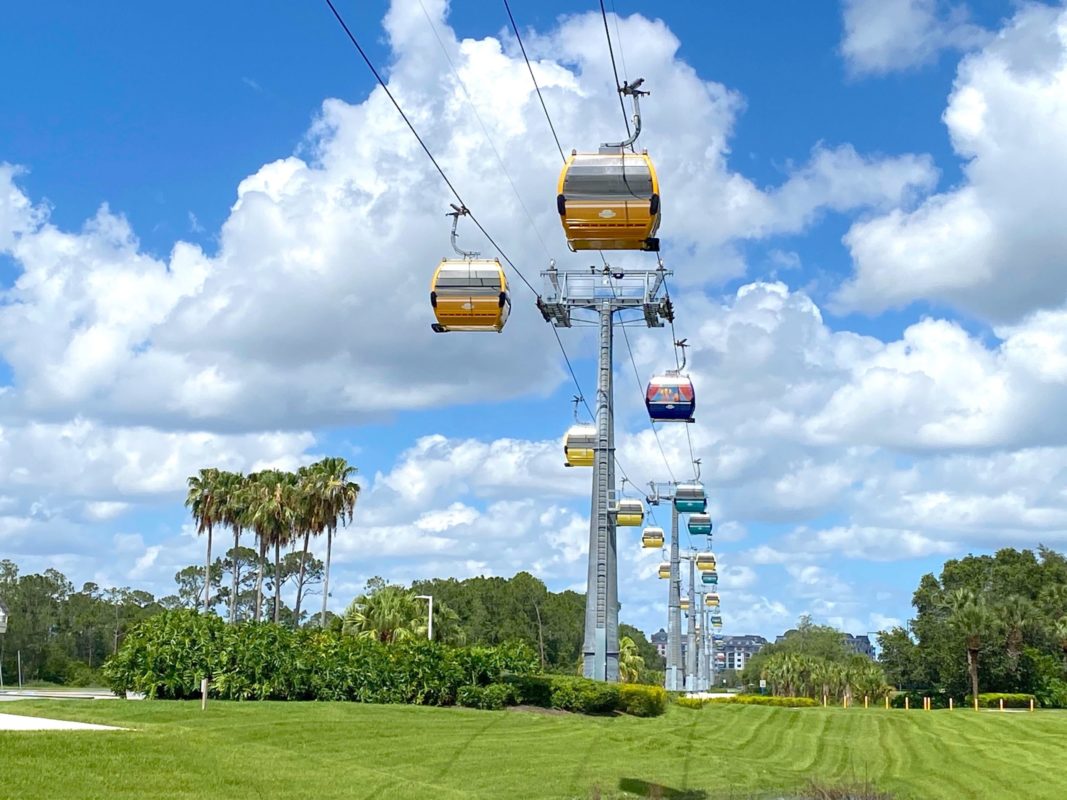 A Walt Disney World guest shared a TikTok video in which she was flashing her chest on the Disney Skyliner.

The video is below, and though the guest’s breasts are not fully visible in it, we would suggest not watching it at work. The original video was taken down, but was reposted on Twitter by @WFDaveEnsign.

TikTok user kateekatdavis0 posted the video in which she stands facing away from the camera toward the side window of the Skyliner gondola she’s riding in, holding up her sweatshirt. The gondola is passing next to a road at the time. She puts her sweatshirt back down as another gondola passes. It doesn’t appear as though she was actually facing a heavily populated section of Walt Disney World Resort or attempting to flash the passing gondola.

Of course, we do discourage such behavior, which could lead to being kicked out of Disney and possibly criminal charges. But it is a small relief to see someone breaking a rule that doesn’t involve physical assault, which has been much more common.

This summer, two families made national news when they got into hand-to-hand combat in the middle of Magic Kingdom’s Fantasyland over an alleged bump in a ride queue. At Disney’s Hollywood Studios, a man claimed he was assaulted by children, but ended up arrested for child abuse. A screaming match at the Transportation and Ticket Center thankfully didn’t get physical. There have also been multiple fights on the Magic Kingdom ferryboats.