If you’re one of the many Disney+ subscribers who encountered issues this morning upon attempting to log in or access the content library for the streaming service, you aren’t alone. In fact, thousands of users and subscribers have taken to social media to voice their complaints regarding issues with the app and website. 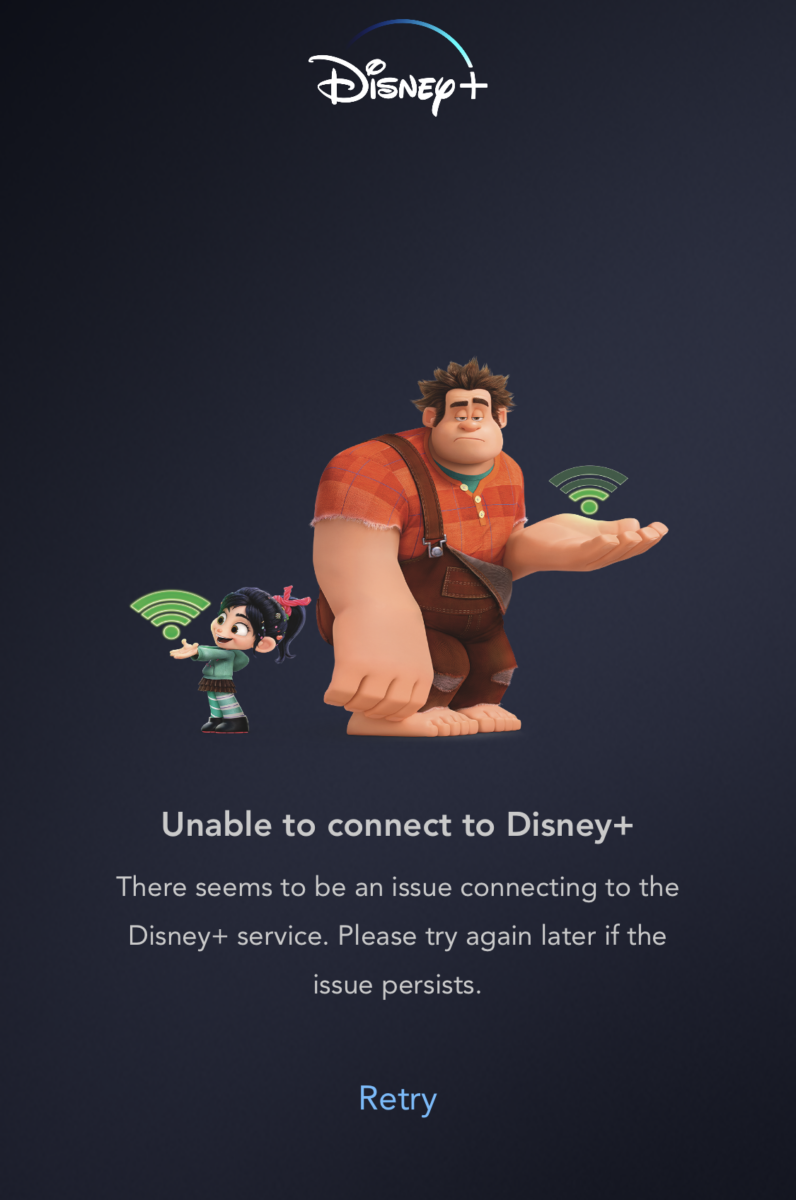 Despite attempting to log on using a secure connection, many have been repeatedly faced with this error code of Wreck-It Ralph and Vanellope stating that there was an issue connecting to the Disney+ service. Other subscribers can’t even seem to log in. Many assumed that the Disney+ website and app would be linked to people’s main Disney accounts, but it appears that some users have had to set up a new login and password just for the service, leading to much confusion (and superfluous new accounts.) 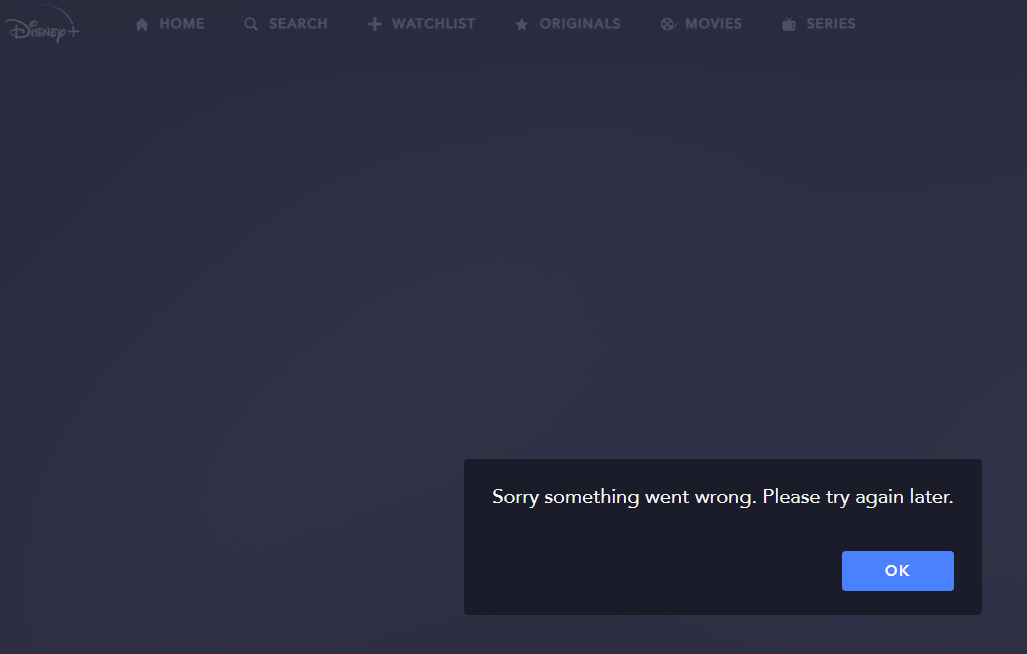 Even once you manage to get in, trying to reach the home page or content library can lead to other new error codes… 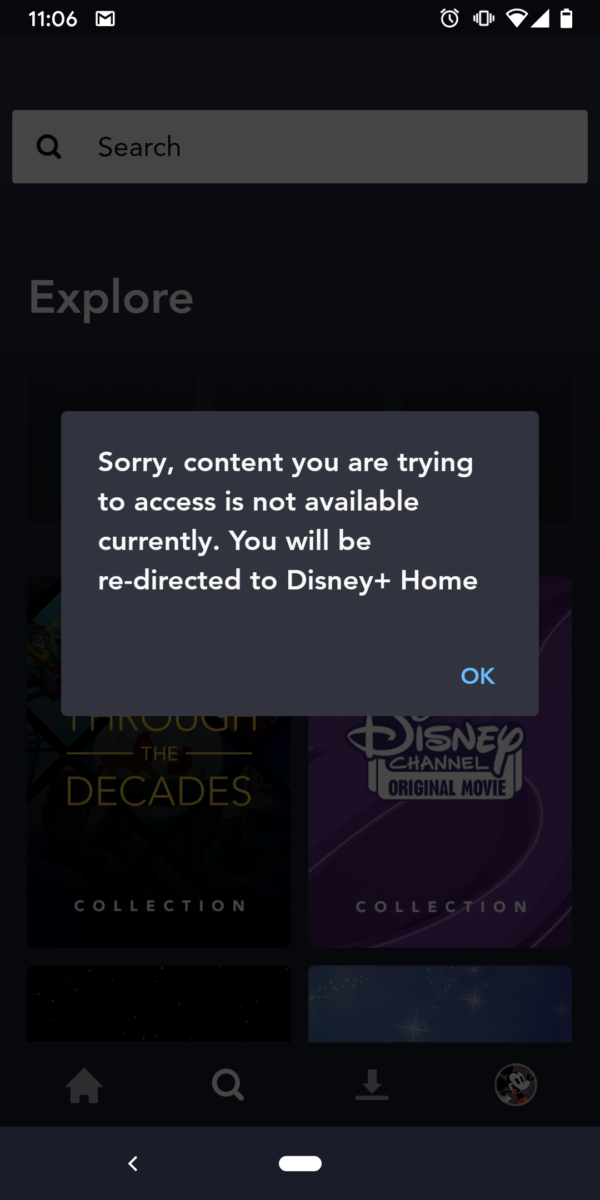 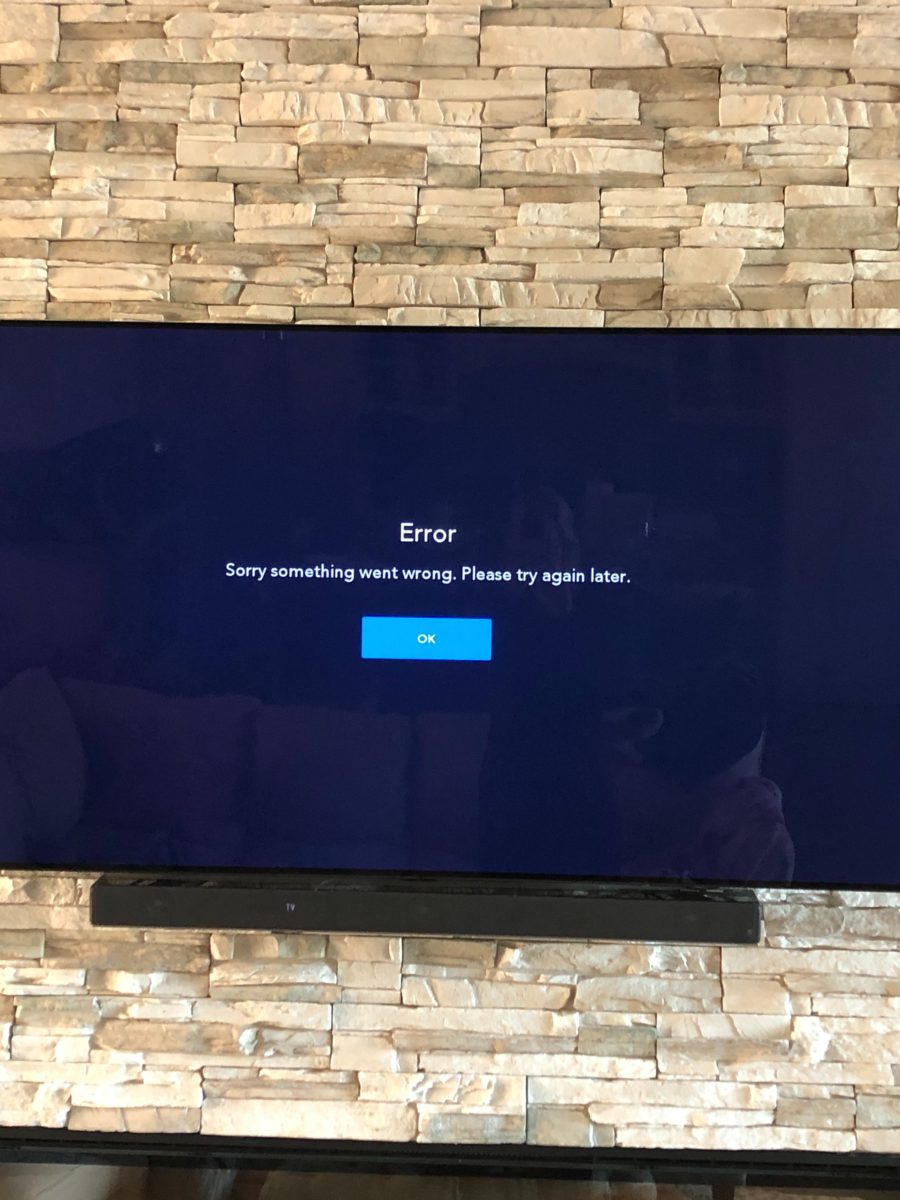 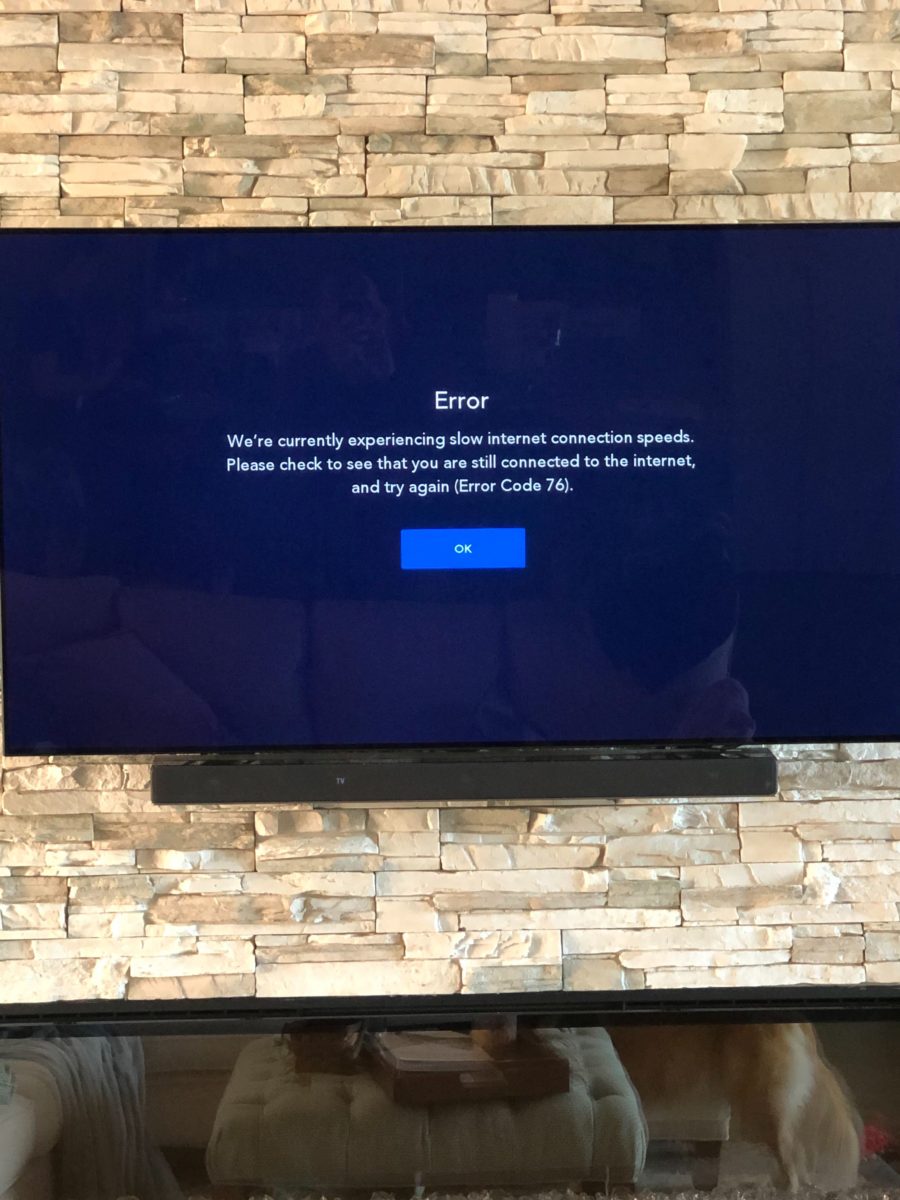 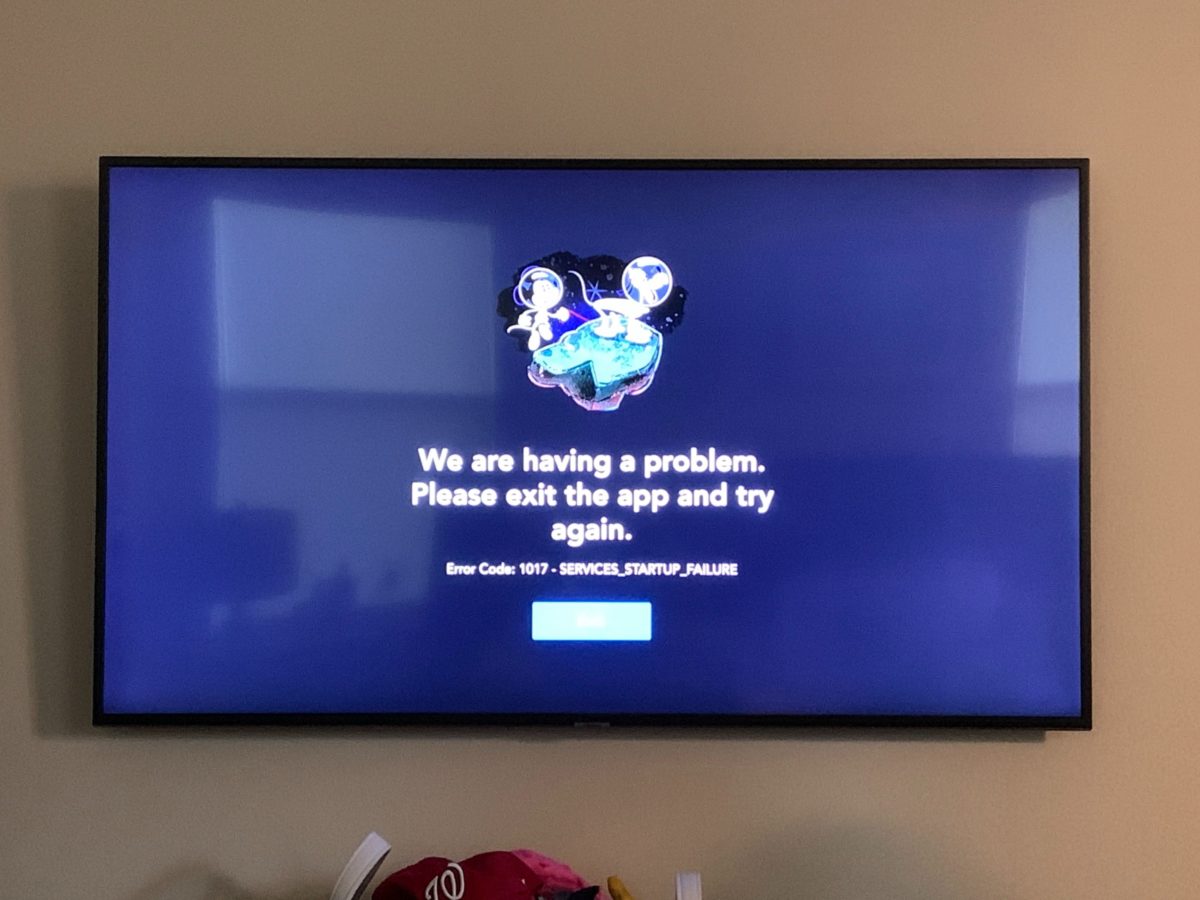 Subscribers are experiencing error codes regardless of what device or operating system they attempt to log in from. (This large collection of various error codes was sourced completely from WDWNT staff alone.) 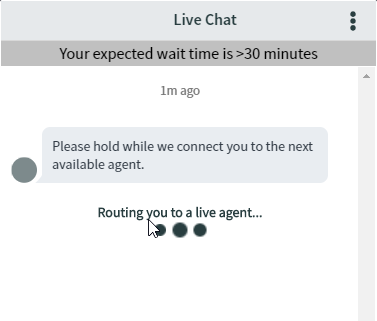 According to reports from CNBC, As of 7:00 a.m. EST, there were roughly 7,300 reports of problems with Disney+, according to Downdetector, a website where users can report problems on apps and websites. If you’re looking to chat with a live support agent, wait times of up to 30 minutes have been reported.

Users from other regions of the United States like Puerto Rico have been receiving error messages that state, “Disney+ is only available in certain regions. Depending on where you are located, you may not be able to access Disney+.” Originally slated to launch with full availability in the United States, the Puerto Rico launch has now been delayed to November 19th. Many users based in Canada have also reported receiving the same error message.

An official statement from Disney claims that the “consumer demand for Disney+ has exceeded our high expectations.” Disney was well aware of the estimated subscriber count and even purchased a majority of ownership in BAMTech Media back in 2017 when the streaming service was initially announced in order to boost their streaming capabilities.

We were able to log in successfully earlier this morning (like, 3:00 AM early) and bring you our first review of “The Imagineering Story” and “Noelle”, but we’ve also been experiencing multiple issues logging in since the surge of app crashes. We’ll keep you updated on the status of Disney+ as the remainder of its launch day plays out.

'The Softer Side of Magic' by Tom Ameen Features Relaxing Spins on Disney ClassicsAugust 16, 2022
Full List With Prices of Disney100 The Eras: Walt Disney Studios Collection Merchandise Including 'M...January 27, 2023
First Look at Hayden Christensen as Darth Vader in 'Obi-Wan Kenobi'March 10, 2022