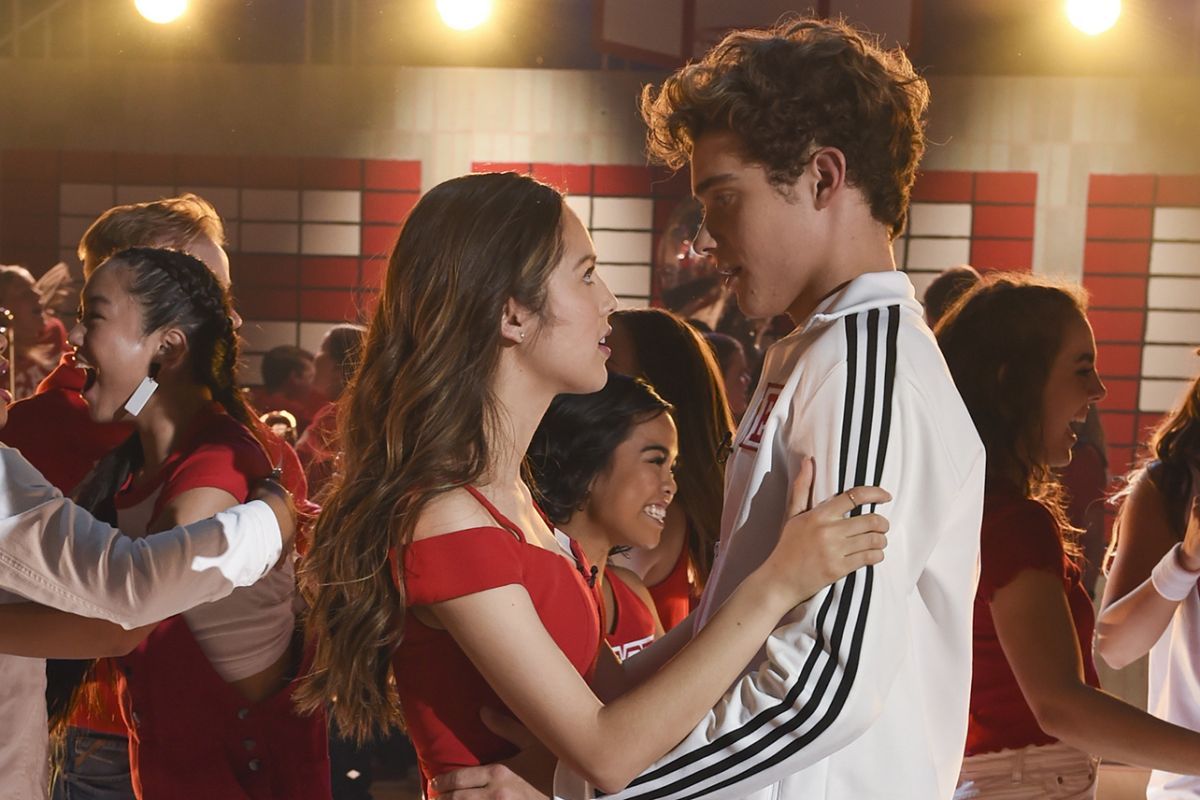 DISNEY+ REVIEW: “High School Musical: The Musical: The Series” The Curtain Closes and Sets the Stage for More Drama in Episode 10

We’re all in this together, Wildcats! Well… it seems that way at least. The final episode of “High School Musical: The Musical: The Series” is here and as the curtain closes on this musical, the stage is set for even more drama to come.

We pick up with Act Two and encounter a crazy amount of changes all throughout the cast. EJ has taken over for Ricky as Troy, Gina is back in as Taylor and Carlos has taken up the part of Chad. Nini is unknown to the change in her co-star until she walks out and sees EJ in Troy’s costume and not Ricky. Nini begins worrying and messing up a few things, concerned about Ricky and the talent scout from the Youth Actors Conservatory who’s watching her. Once she’s backstage, she finds a text from Ricky explaining why he can’t be onstage as Troy right now, due to his mother bringing in her new boyfriend.

Outside in the halls, Ricky’s mother finds him and confronts him failing in his commitments. The two argue about who really is concerned about commitments and explains how he’s been handling the recent divorce of his parents. Back on stage, Ashlyn is killing it at her power ballad she wrote for Ms. Darbus, while Seb is in the wing anxiously waiting to go on for the “Bop to the Top” number until Carlos convinces him he can strut his stuff all the way to the top. Gina finds Ricky once his mother leaves and they discuss the fact that Ricky’s mom’s new boyfriend, Todd, isn’t the only reason that he’s backed out of the show. Ricky didn’t want to ruin things for Nini with the talent scout present and wants to make sure she has the best chance to get in.

The two step back inside to watch right when Nini and EJ are going on for “Breaking Free”, where EJ steps down, admitting that he’s “not the Troy you want”. Nini pulls Ricky back in for the number, and the two hit it off again like old times, just like kindergarten. From the side, we find out that the person who payed for Gina’s last minute flight back to the show was EJ, and the two accept their part as “The Wonderstudies” despite all their plans to be the lead.

Curtain call is not complete without a roaring pep rally and everybody gets their chance to shine in the bows to “We’re All in This Together”. Even Miss Jenn gets to come out and say her line that was cut from the original movie.

Backstage, the cast gathers to pack up their belongings for the night. Inside the giant bouquet of flowers, Carlos manages to find a card that says that the flowers are for Ashlyn, with a note that says “because you get me”. Ashlyn thanks EJ for the flowers before Big Red steps up to announce that they’re from him.

Ricky steps away to find Nini in the dressing room and to talk about what happens now, after the show and with their relationship. Nini responds that once a show closes, “the theater kids cry and then we all go to Denny’s” which is the most accurate representation of theater kids after a show closes. Ricky finally tells Nini he loves her and how he regrets never saying it from the start and the two kiss. They exchange their opening night gifts, with Nini giving Ricky a dog tag that says “To freaky callback boy” and Ricky giving Nini a guitar pick that says “To freaky math girl”.

Once everyone heads out to meet their families, Ashlyn announces a cast party at her place and invites Gina to stay. Gina declines due to her flight back in a few hours before Ashlyn offers her to stay in her spare room until Christmas. Nini is stopped by the talent scout who offers her a place in the Youth Actors Conservatory and to start next month, though she realizes she might want to stay in East High now that her and Ricky are doing better. Back inside the theater, Big Red shows off his tap dancing skills once he’s sure no one is around, but Ashlyn catches him and the two finally kiss before the lights dim on this season of “High School Musical: The Musical: The Series”.

This season has been a wild ride, Wildcats. From will they-won’t they, to feelings finally being resolved and massive changes occurring for every character, we’ve seen it all. With old and new musical numbers and returning Wildcats and a whole cast of new ones to fall in love with really made this show something to look forward to every week and bringing a brand new spin to the beloved Disney Channel Original Movie.

If you’ve stuck with us from day one or are just now joining in, thank you for diving into a bit of Disney Channel nostalgia with me and I can’t wait to see what drama there is to come when Season 2 comes out!