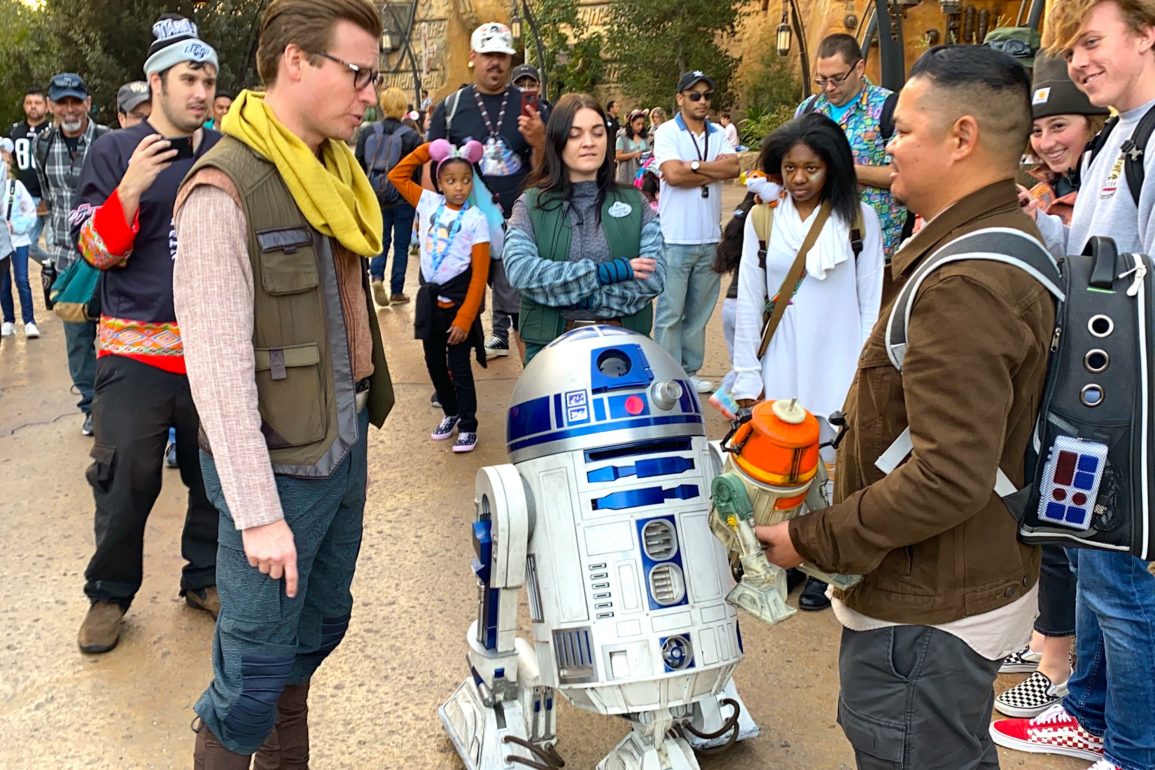 So far on Batuu, we’ve seen build-your-own droids, Coke Droids, and plenty of droids on stand-by for photo ops, but one glaring omission still remains months after the land’s opening on both coasts: the roaming, interactive droids that were promised when Star Wars: Galaxy’s Edge was first announced. Despite Imagineering recently stating in interviews that no decisions have been made on where or when roaming droids will be used in the land, it seems a familiar droid has made his way outside Droid Depot and is now wandering the streets of Black Spire Outpost…

Since the opening of the land, a life-sized R2-D2 droid has interacted with guests inside the corner of the Droid Depot shop. Now, with the help of some handlers, he’s wandering the rugged territory of Batuu. 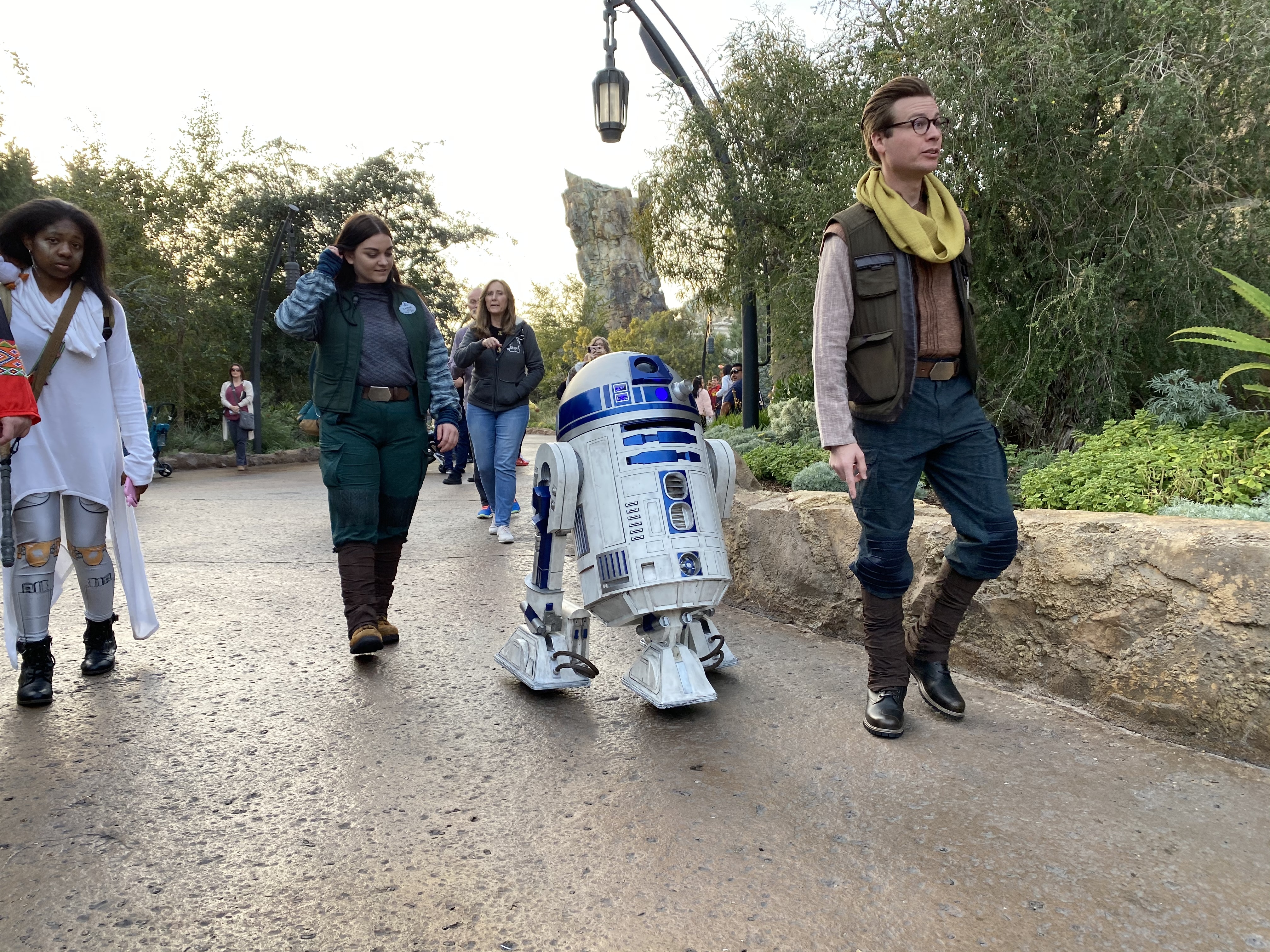 There’s no set schedule for R2, as this experience is still a test. 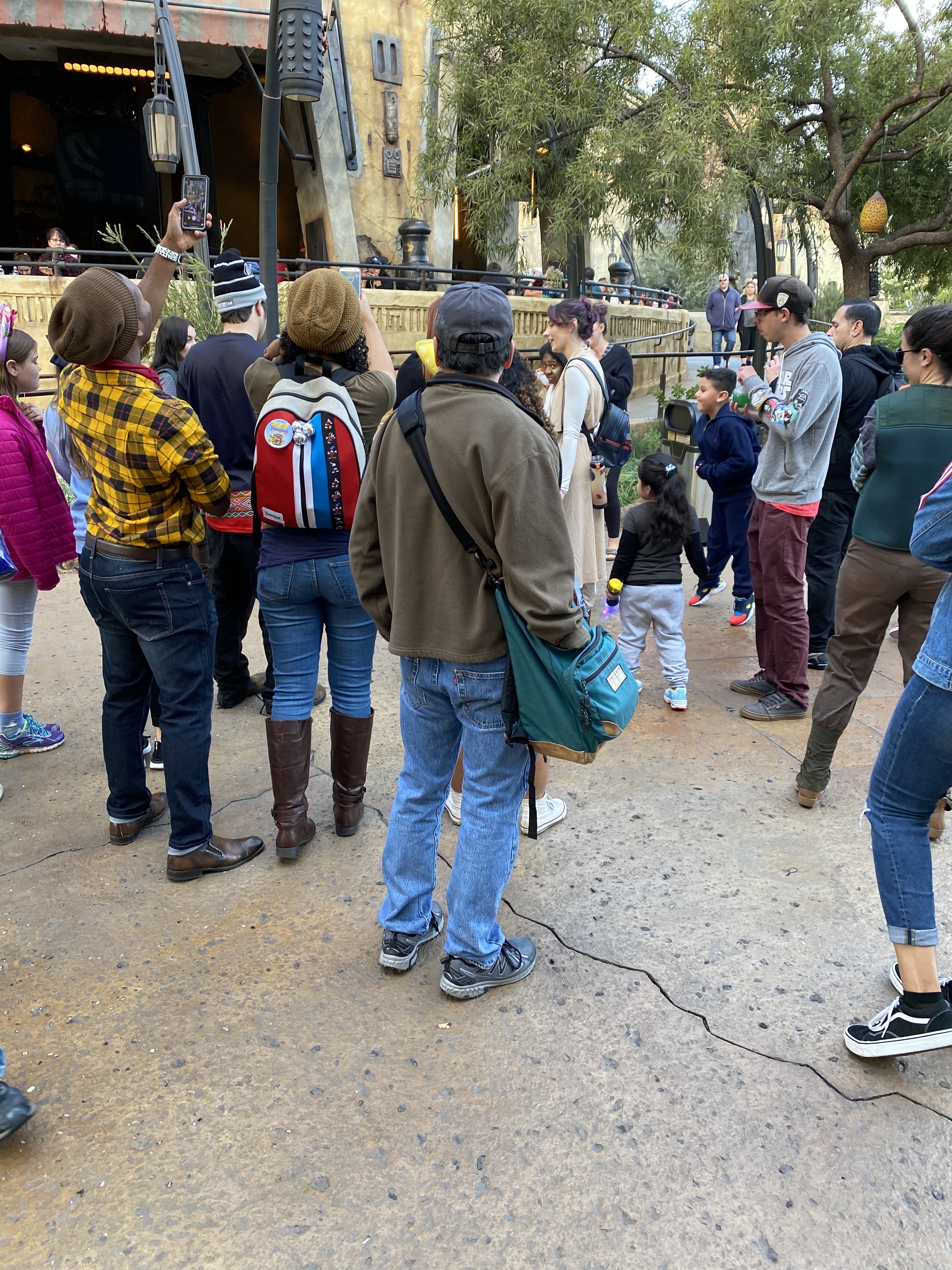 Unlike the J4-K3 droid that was previously tested in Tomorrowland, this isn’t an autonomous droid per se, however. He gets by with a little help from his friends. An undercover Resistance spy lurks among the crowd with a bag containing the controls for the droid. Fans of PUSH the Talking Trash Can will recall this was a similar technology used back when he used to roam Tomorrowland with a Cast Member holding a garbage bag full of controls following along. 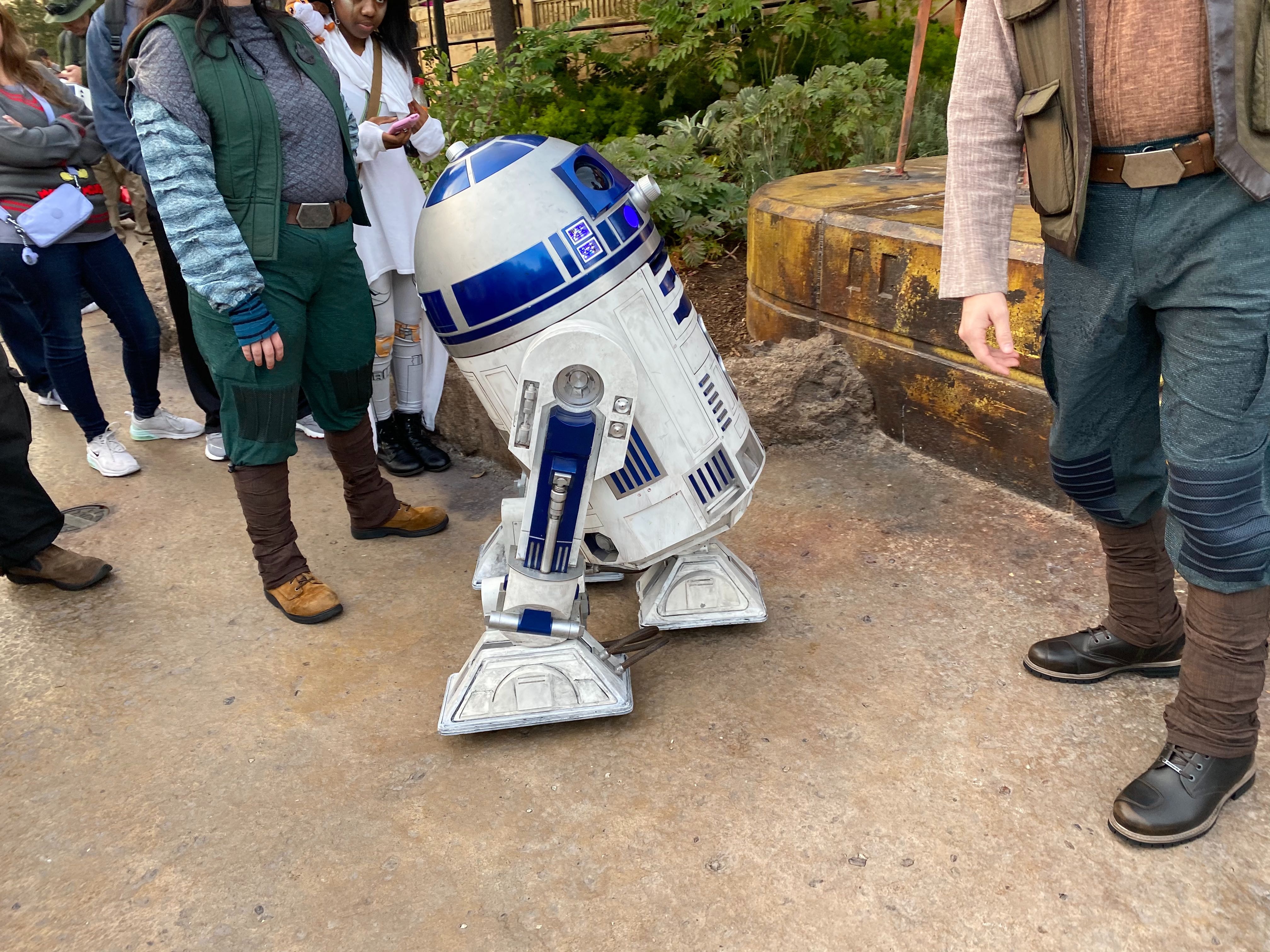 Judging by the crowds, you can see how popular he is whenever he makes a brief stop to scan or investigate something. Wandering droids are something many fans have wanted to see implemented across the land since it opened. Local Batuuians were on the scene analyzing the droid’s popularity for future plans. The cheeky little droid even stopped to flirt with some guests. 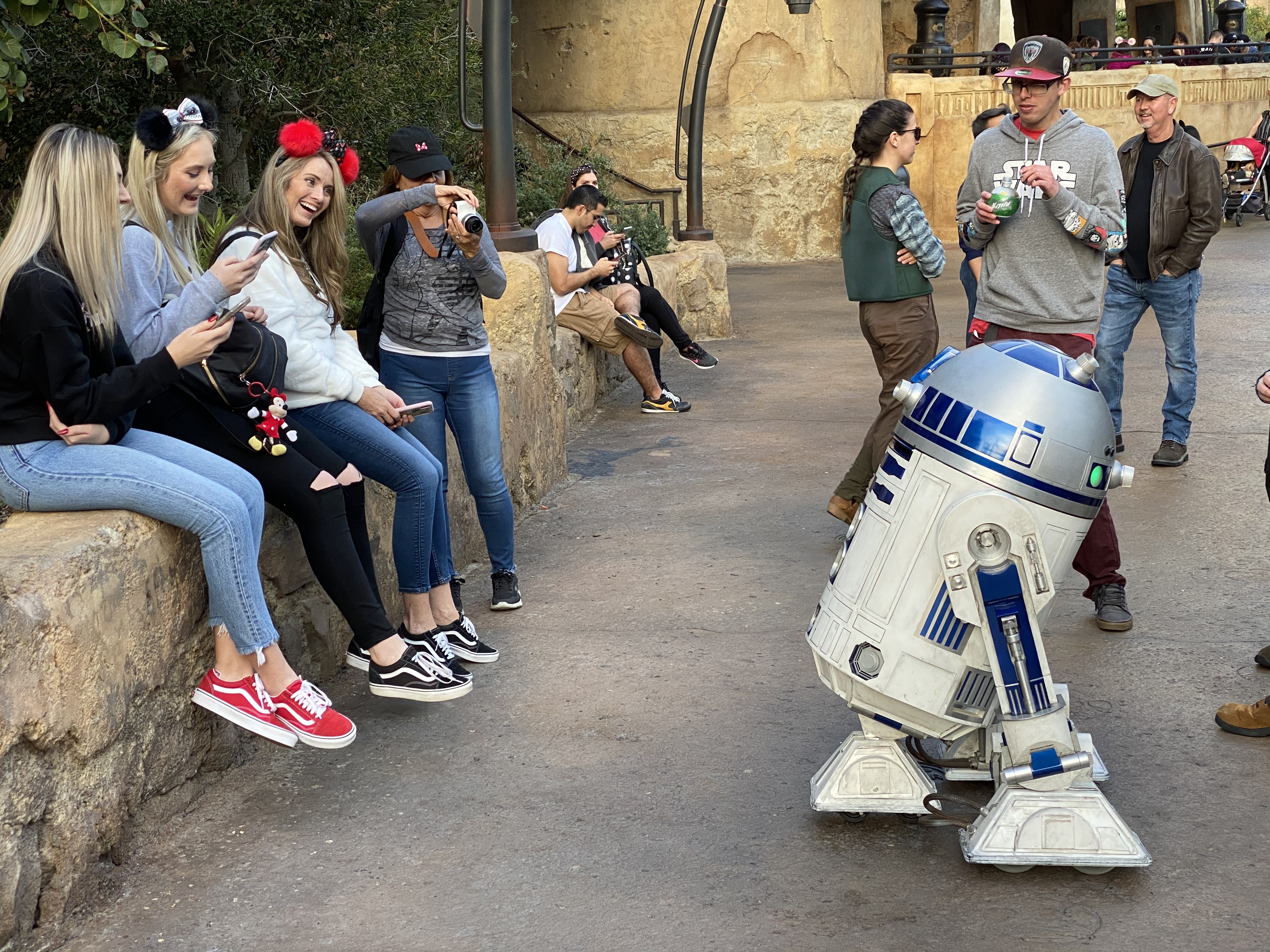 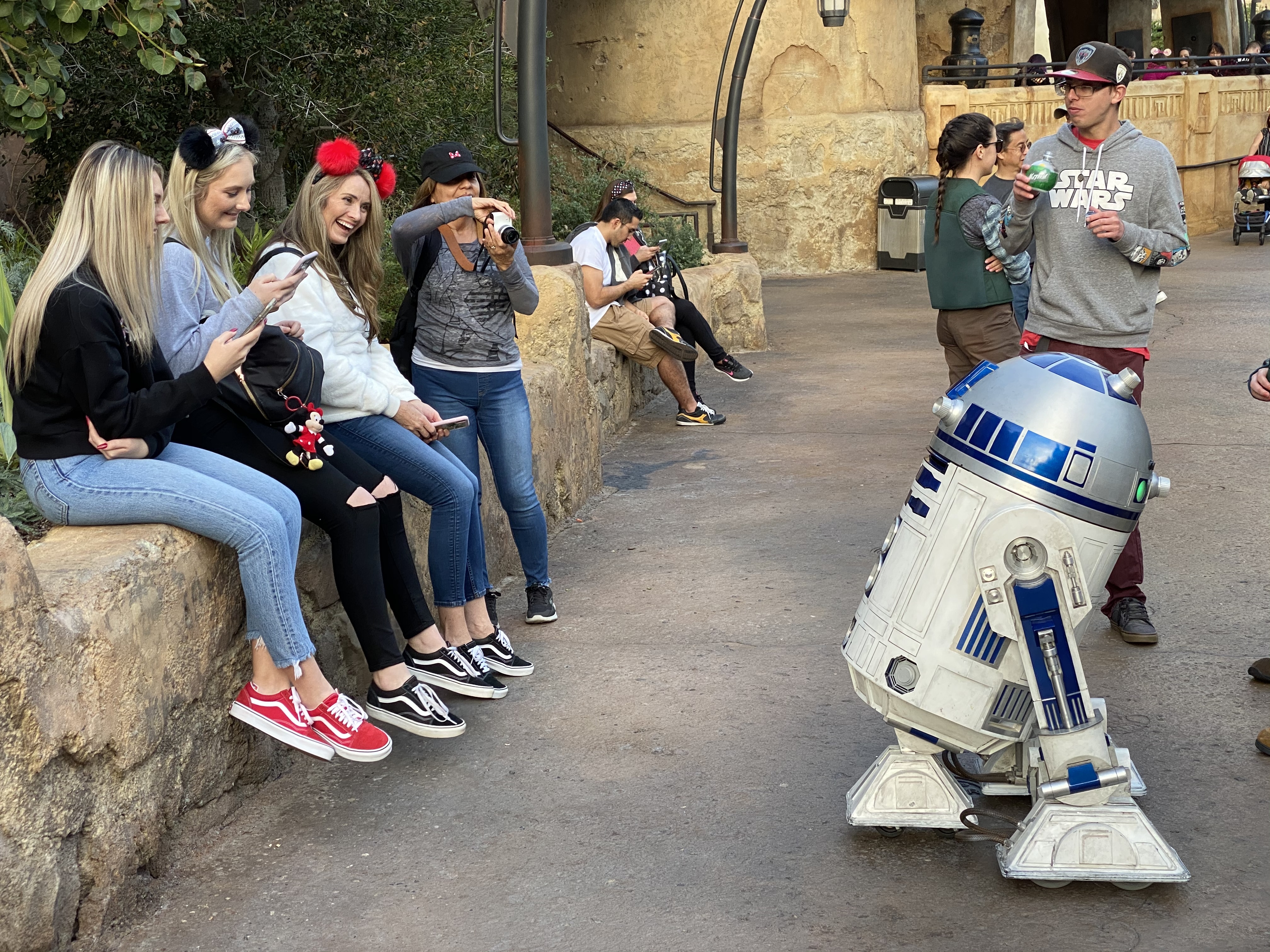 You can check out R2-D2 roaming the hard, cold streets of Batuu in the video below: