Yesterday, we covered the new scrims that had been put up around the exit area of Mickey & Minnie’s Runaway Railway. Sadly, the photo-op for this upcoming ride had also been removed to make room for a new retail  location dedicated to attraction-specific merchandise. 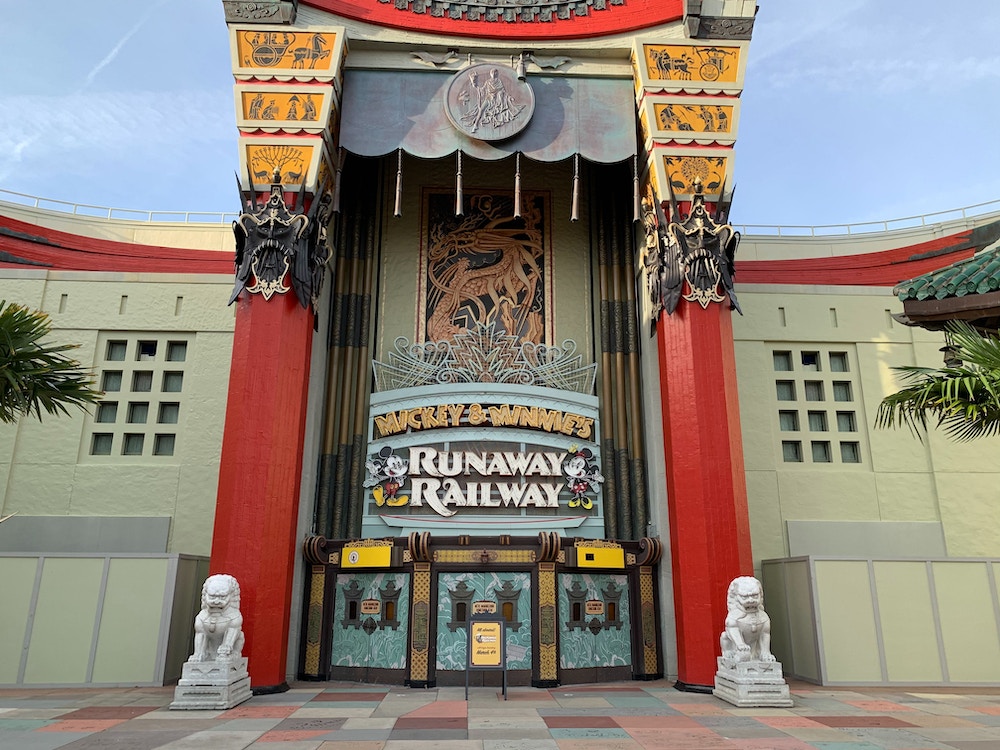 When we first approached The Chinese Theatre, we saw that the new neon marquee sign had been installed! The excitement is definitely building as the March 4th grand opening nears ever closer. 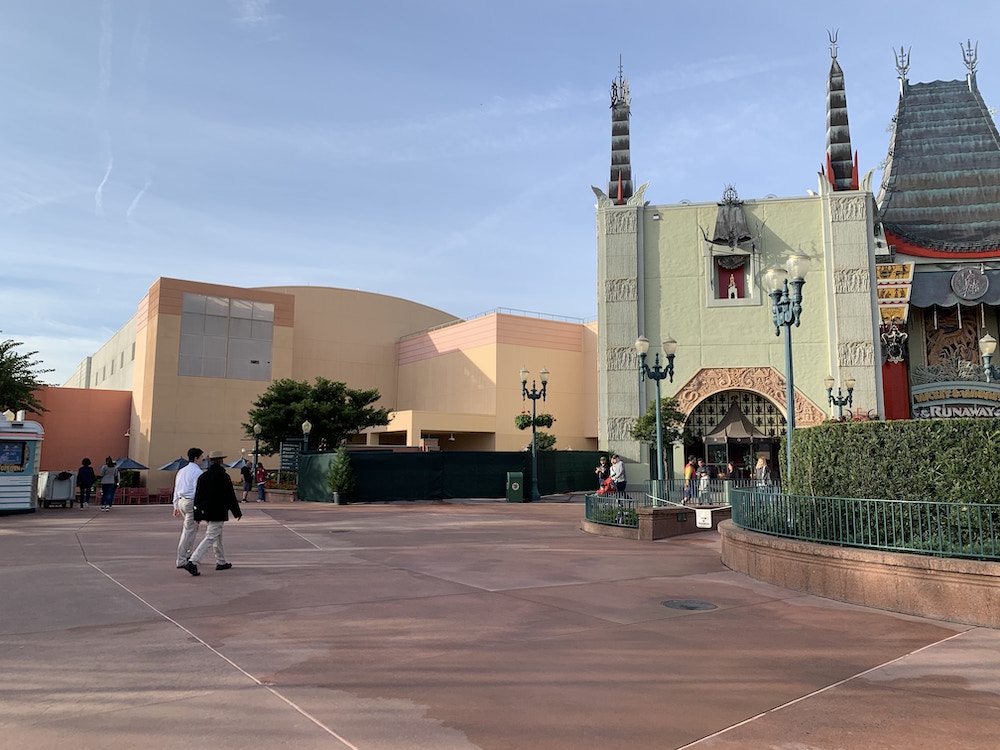 To the left of the Chinese Theatre, we saw that the green scrims had been extended to cover the entire exit area. It’s clear that final preparations are well underway for the upcoming attraction. 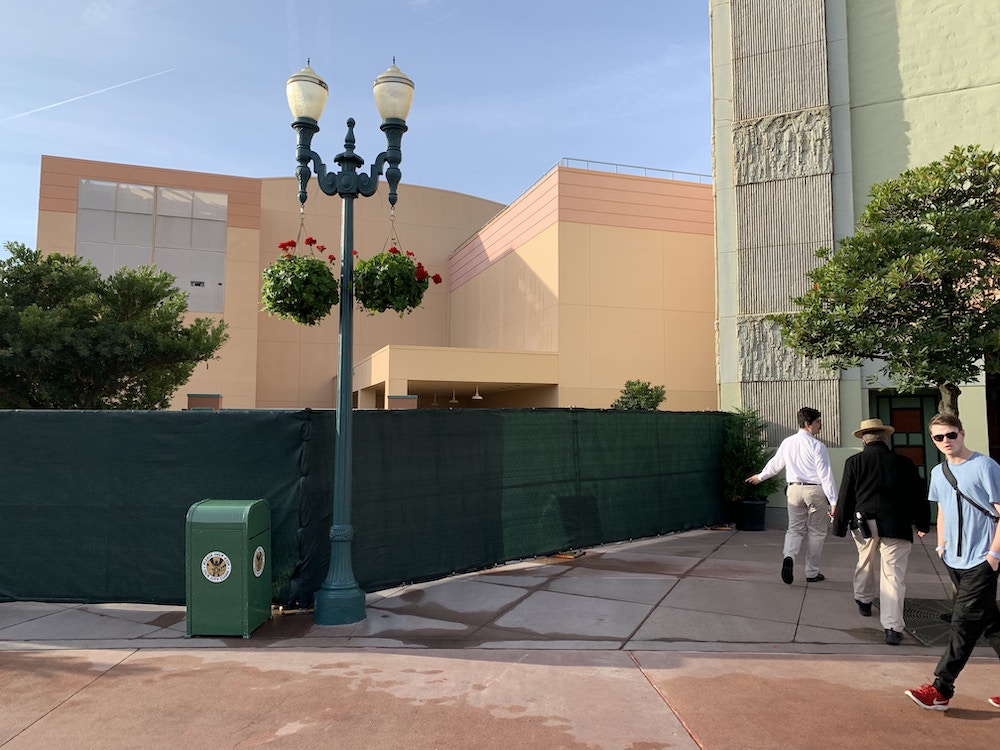 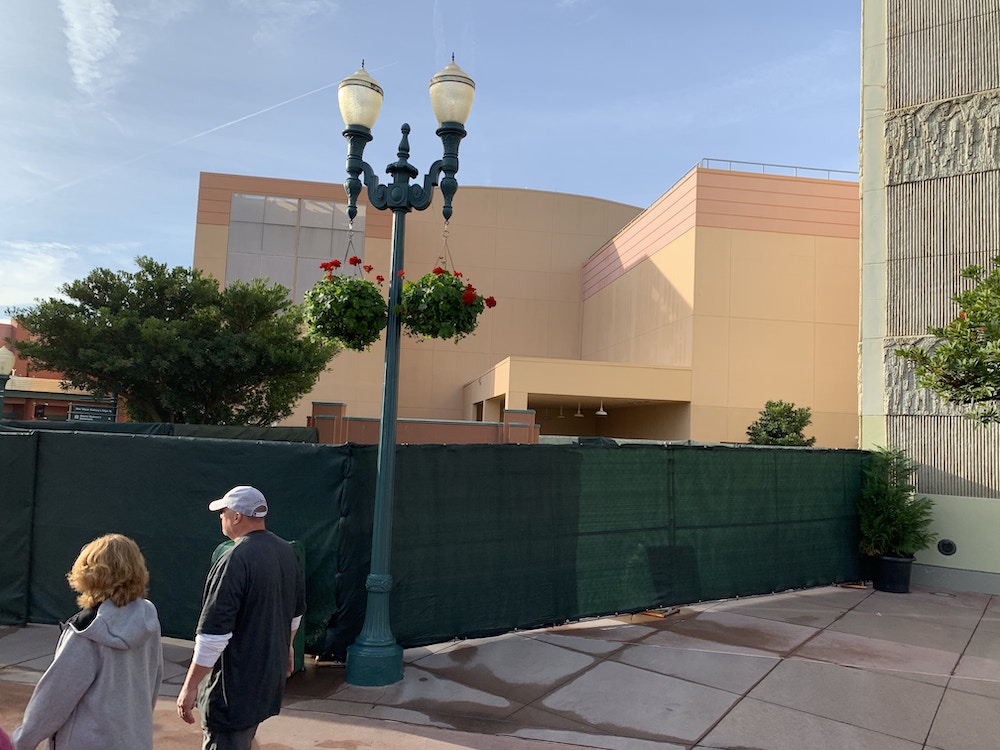