The Disney Parks may be closed due to the Coronavirus (COVID-19) epidemic, but that doesn’t mean the adventure has to stop. We’re bringing our cinematic safari of Disney+ offerings to our final stop at Walt Disney World, Disney’s Animal Kingdom! 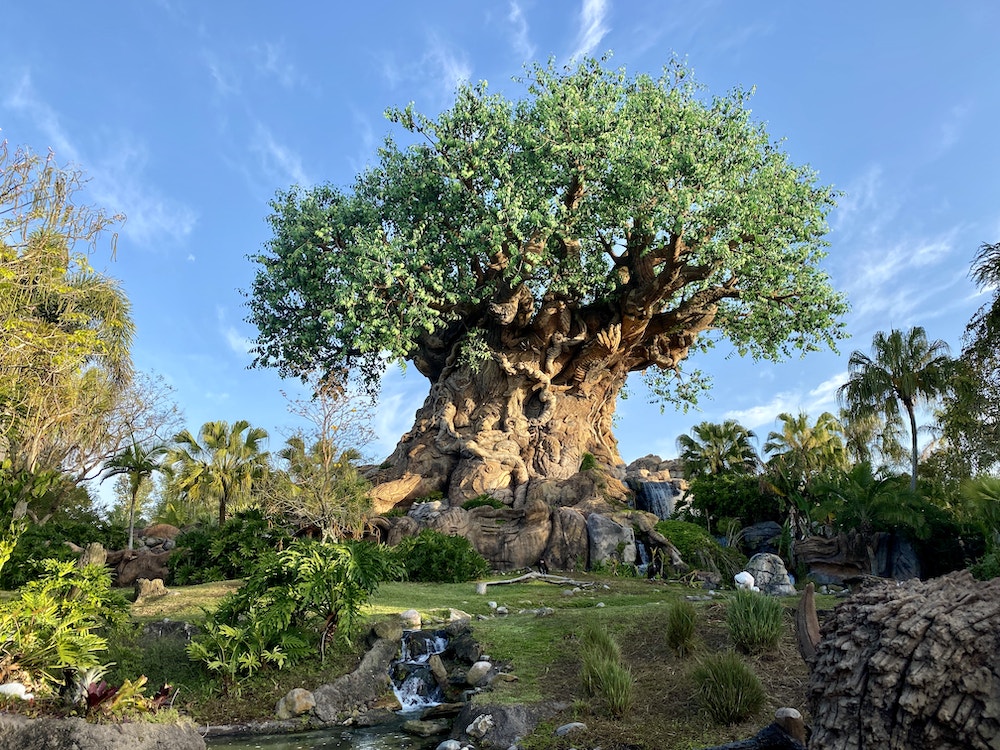 Naturally, each of these parks is covered in the Disney+ Original Series “The Imagineering Story.” If you want to see some of the stories behind the creation of Disney’s Animal Kingdom, be sure to check out Episode 4, “Hit or Miss.” 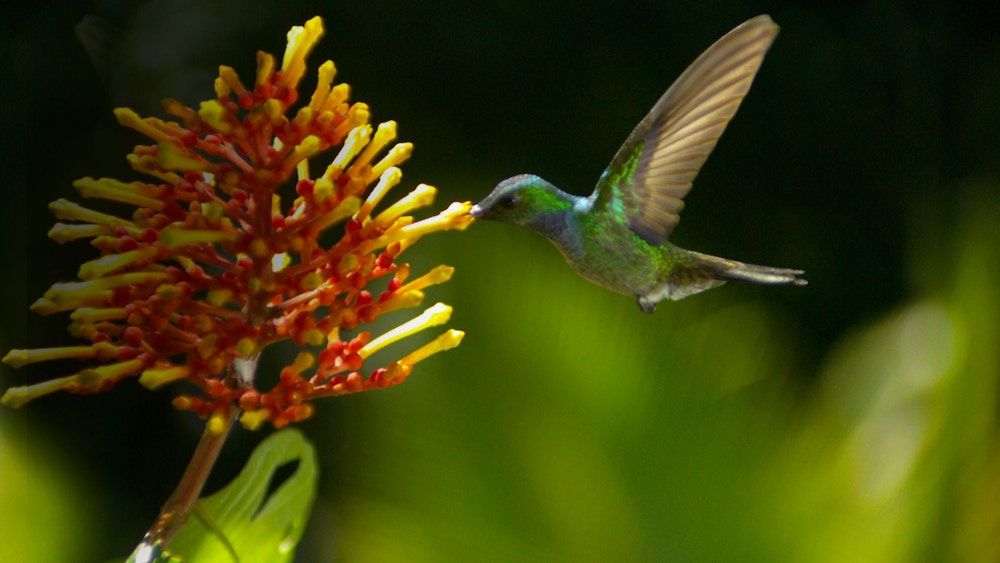 The Oasis serves as the entry into the park, offering a glimpse at the wildlife you’ll encounter at Disney’s Animal Kingdom, including boars, anteaters, and migratory birds. And while these animals may not be big in size, they play a huge role in their ecosystems. Thankfully, there’s a Disneynature documentary, Wings of Life, which shows just how important small creatures can be in keeping plant life alive, an example of how we’re all connected on this planet. But if you prefer Walt-era Disney, try the True Life Adventures documentary Secrets of Life, which shows creatures from insects to plant life to larger animals as they struggle to survive and ensure their species continues. And if migration is more your speed, check out the National Geographic series “Great Migrations,” which shows species from around the world as they trek to more hospitable climates. 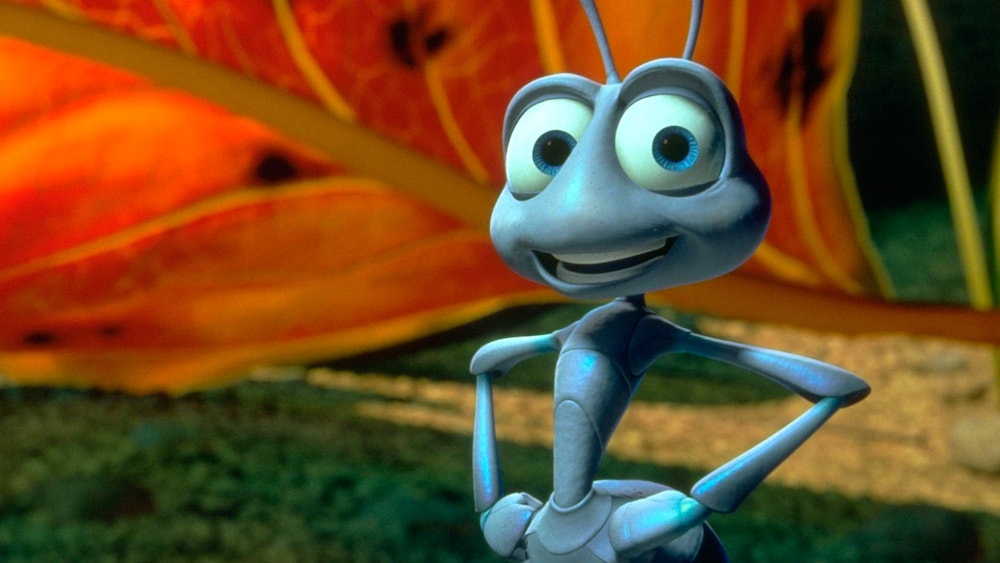 The hub of the park as guests journey from land to land, Discovery Island is home the Tree of Life, which houses the land’s sole attraction: It’s Tough to be a Bug!, based on the Pixar film A Bug’s Life. Here’s a fun fact: It’s Tough to be a Bug! was an opening day attraction at Disney’s Animal Kingdom, premiering on April 22nd, 1998, while A Bug’s Life didn’t open in theaters until November 20th of that year, meaning that for months, the public got to see this attraction before they could see the film it was based on! Discovery Island is also home to flamingos, which are the subject of the Disneynature documentary The Crimson Wing: Mystery of the Flamingos. 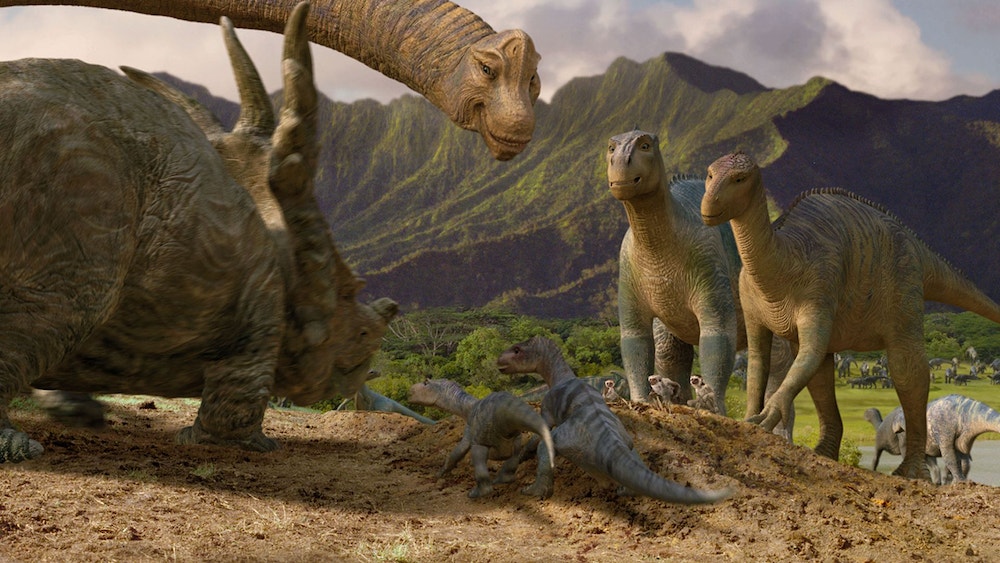 Disney, of course, is no stranger to dinosaurs. If you’re still looking to encounter an Iguanodon, you can see the film that inspired Countdown to Extinction’s name change, Dinosaur, on Disney+. And if you like the kitschy Route 66 meets American West aesthetic of Hester & Chester’s Dino-Rama, check out Pixar’s “dino-western,” The Good Dinosaur. Of course, Dinoland is also home to Theater in the Wild, where you can see Finding Nemo: The Musical. Naturally, Finding Nemo is on Disney+. Let’s swim on to the next land! 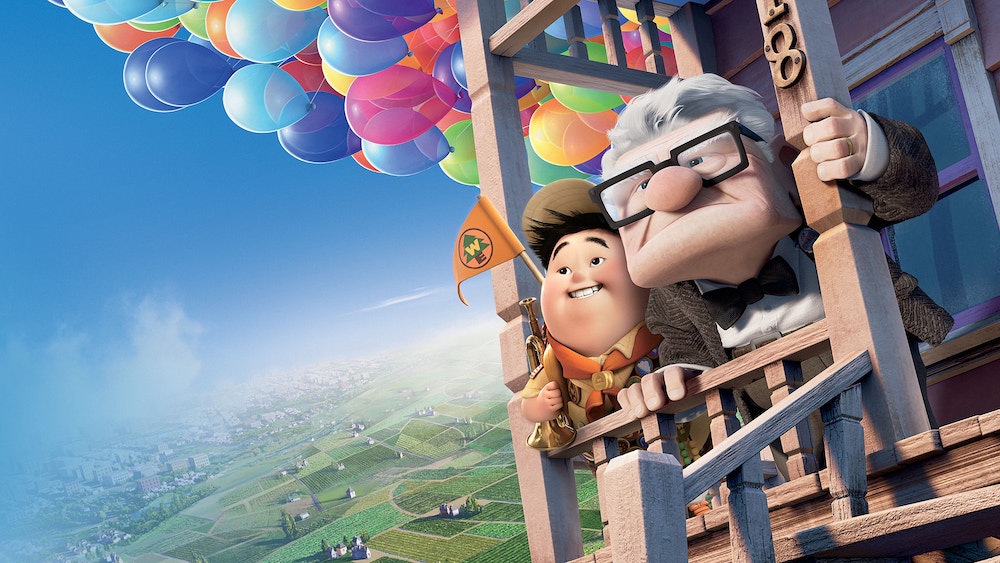 While in the film, they head to South America, you can see Carl and Russell showing off their winged friends in Asia, making Up a worthy entry on this list. Of course, if you’d like to see some real-world animals native to Asia, there’s the Disneynature documentary Monkey Kingdom, which follows a family of toque macaques native to Sri Lanka. Of course, if you like your animals less cuddly but still awe-inspiring, check out the National Geographic documentary Secrets of the King Cobra, native to India and southeast Asia. But if you’re looking for birds beyond Kevin, perhaps the documentary Planet of the Birds will pique your interest. 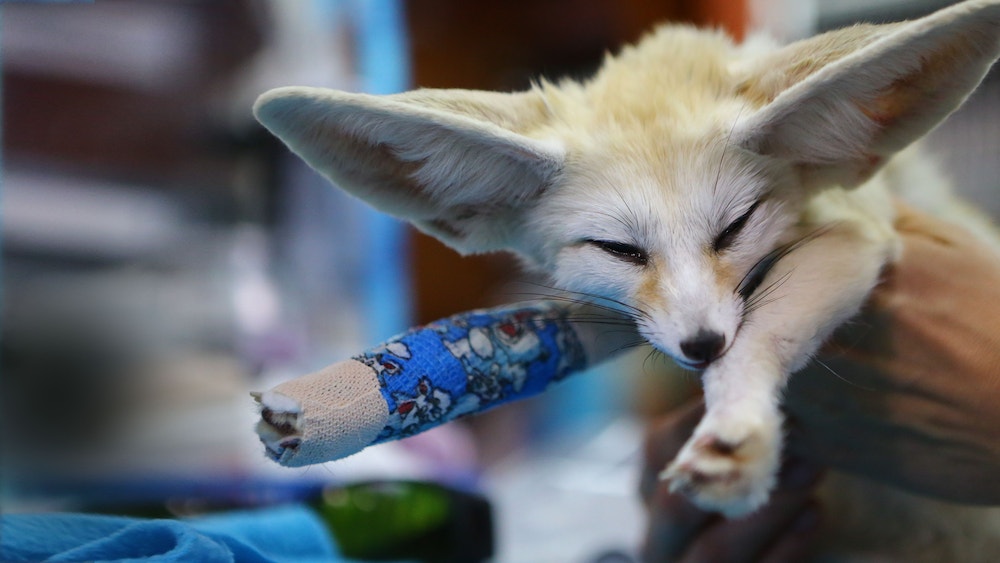 If you like to see how veterinarians and animal specialists take care of a variety of species, check out the National Geographic series “Dr. K’s Exotic Animal E.R.,” “Dr. Oakley, Yukon Vet,” and “Rocky Mountain Animal Rescue.” Or if you prefer to see how humans are cataloging animal life in the wild, there’s the documentary Winged Seduction: Birds of Paradise. Of course, life on Earth is fragile, and it’s up to us to protect it. Before the Flood chronicles the effects climate change has already had on our planet and the efforts being taken to reverse the damage before it’s too late. 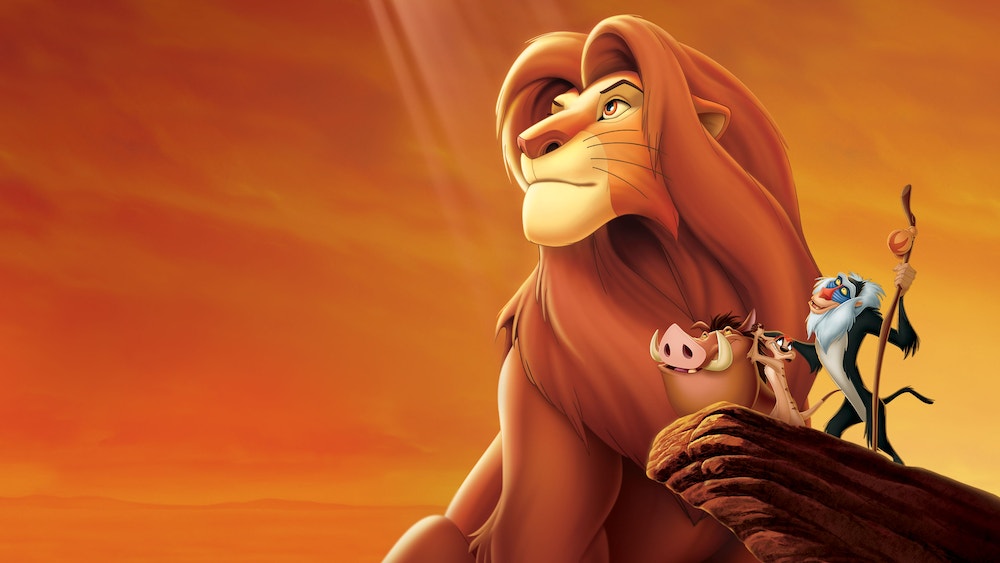 If you love African animals, Disney+ has a volume of options large enough to fit the continent. Of course, we’re starting with a Disney classic, The Lion King, which, if you didn’t know, is the inspiration for Festival of the Lion King, which plays at the Harambe Theater. And if one version isn’t enough for you, there’s also last year’s remake. But if it’s real real lions you want, try the Disneynature documentary African Cats  or National Geographic’s Tree Climbing Lions. Are cheetahs more your speed? Go for, surprise surprise, Cheetah for a fictional story, or for the real thing, Man Among Cheetahs. Do you like elephants? There’s Whispers: An Elephant’s Tale. Prefer primates? Take a cinematic journey in the spirit of Gorilla Falls Exploration Trail with National Geographic’s Kingdom of the Apes: Battle Lines and Disnenature’s Chimpanzee. And finally, to see how the animals of the African desert interact with their changing landscape, there’s the feature-length documentary The Flood. There’s plenty of adventures that celebrate the wildlife of Africa!

Pandora – The World of Avatar 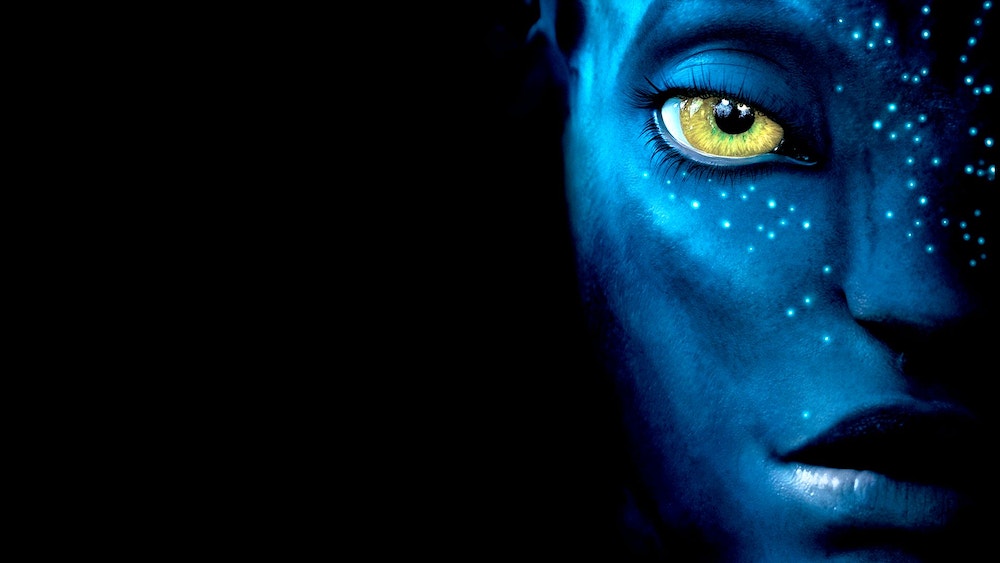 If you want to witness the magic of Pandora, you can “rise to the challenge” and revisit Avatar, or see it for the very first time. And while there may only be one Avatar film (for now), you can also hear the stories of how Imagineers brought the world of Pandora to life in episode 6 of “The Imagineering Story“, “To Infinity and Beyond.” 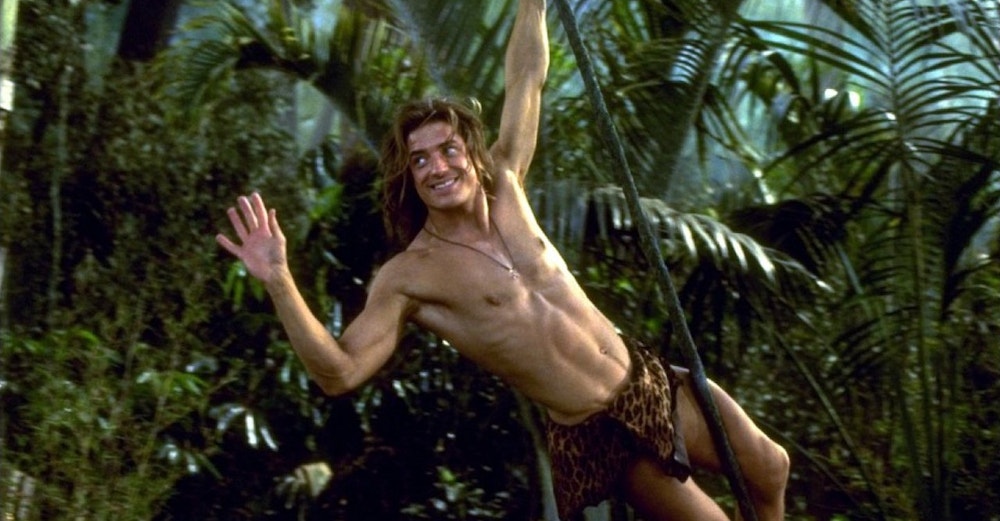 Ready to go off the Disney+ trail? For a film set in the jungles of Africa with big laughs, “watch out” for George of the Jungle. For more dinosaur adventures, try the 1985 Touchstone film Baby: Secret of the Lost Legend. But if you want an animal story with more old-school Disney charm, there’s Napoleon and Samantha, which features a young Michael Douglas and an even younger Jodie Foster caring for a lion!

And with that, our safari through Disney’s Animal Kingdom has come to an end, along with our cinematic tours of the parks of Walt Disney World. If you want more recommendations, check out our playlists for the Magic Kingdom, EPCOT, and Disney’s Hollywood Studios. Keep reading WDWNT as we head west to the park that started it all!