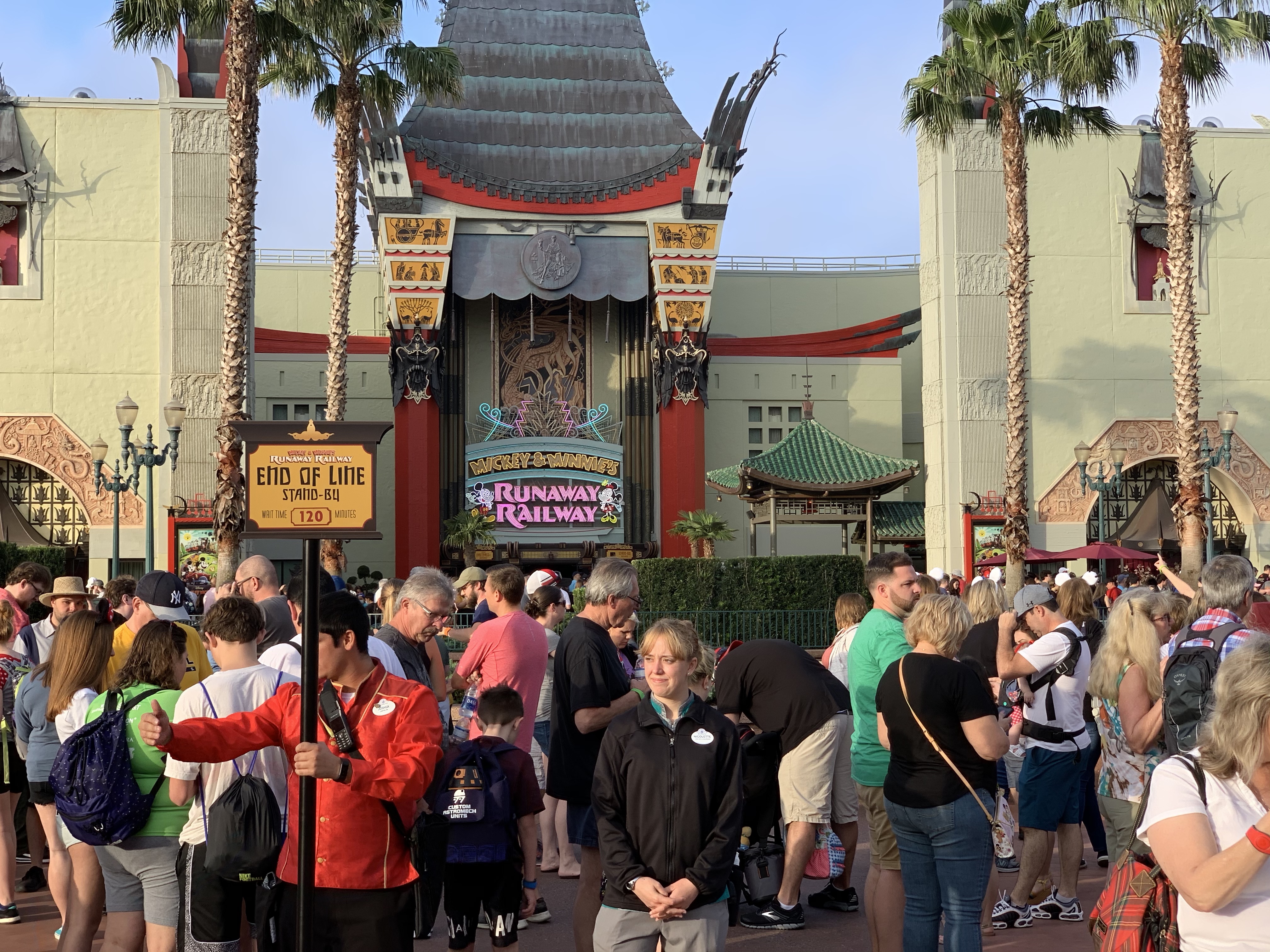 Good morning from Disney’s Hollywood Studios! With yesterday’s grand opening of Mickey & Minnie’s Runaway Railway, we knew today would be a busy day! Let’s go take a look around. 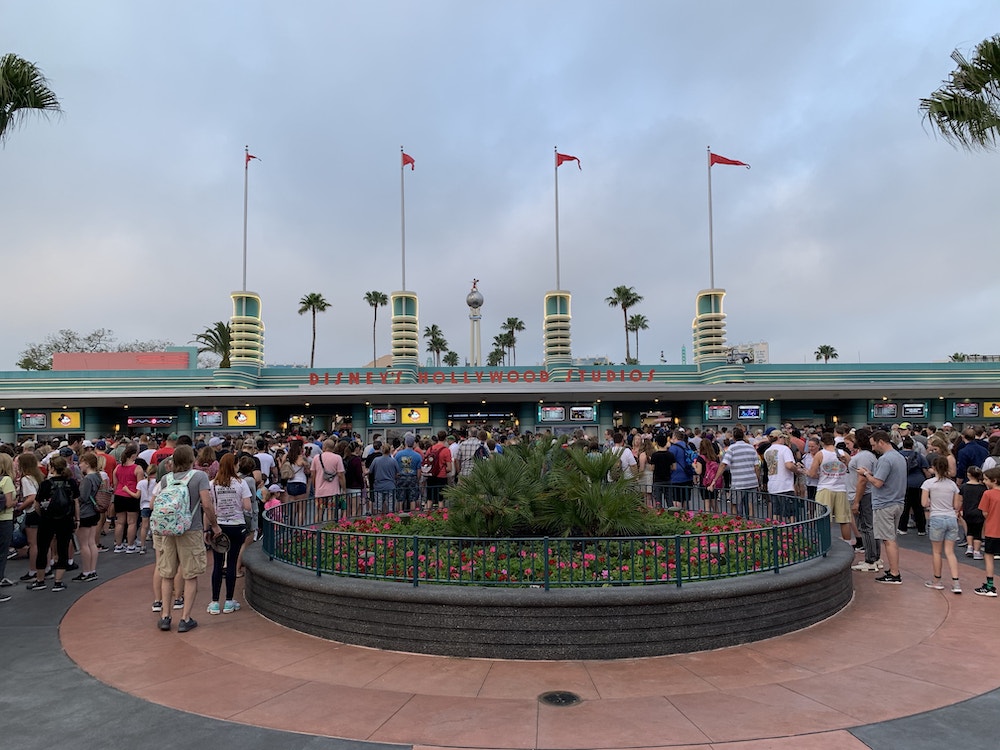 We arrived shortly after 7:00am and there was already a hefty crowd of guests waiting to enter the park. 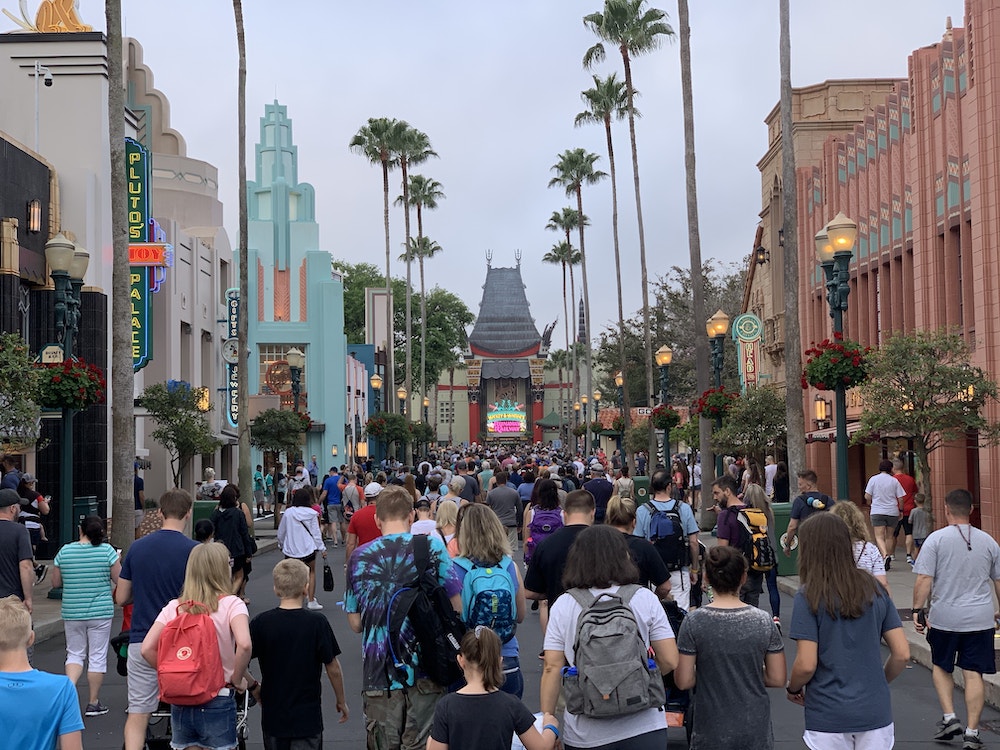 The neon marquee for Mickey & Minnie’s Runaway Railway adds so much color as you walk down Hollywood Boulevard. 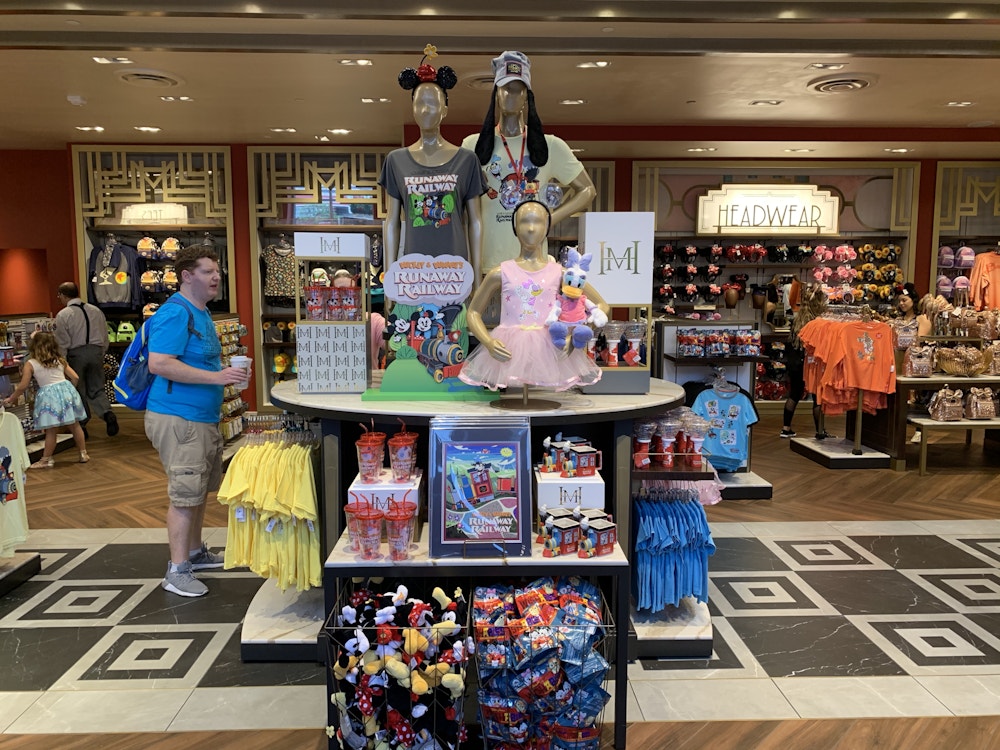 The merchandise for Mickey & Minnie’s Runaway Railway has arrived at Mickey’s of Hollywood and has a nice display front and center. 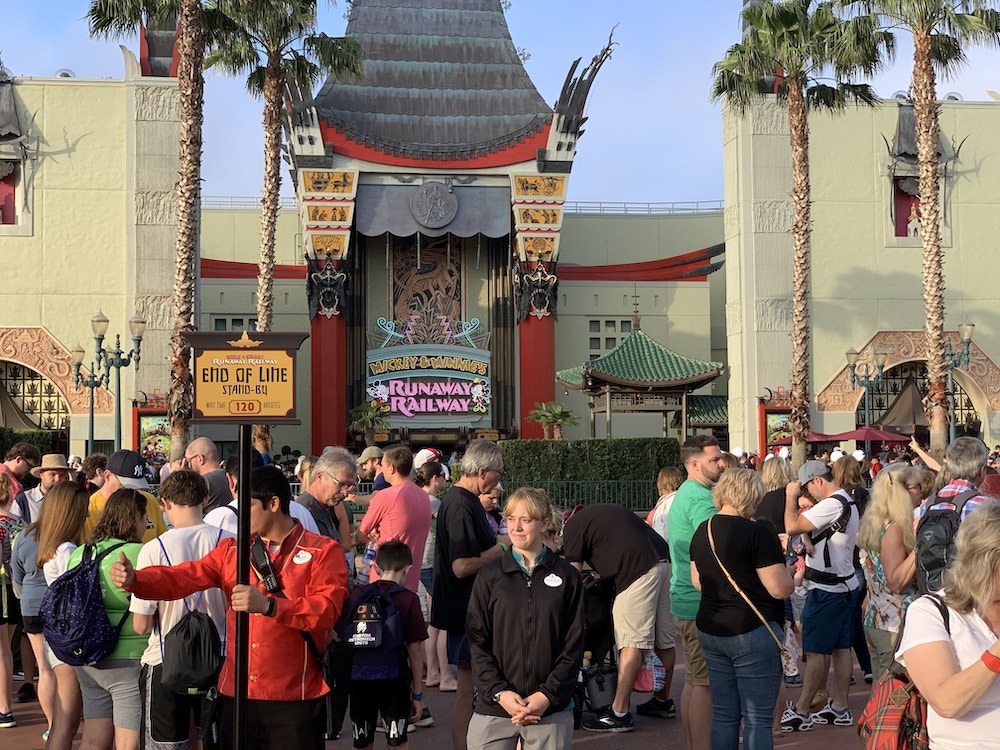 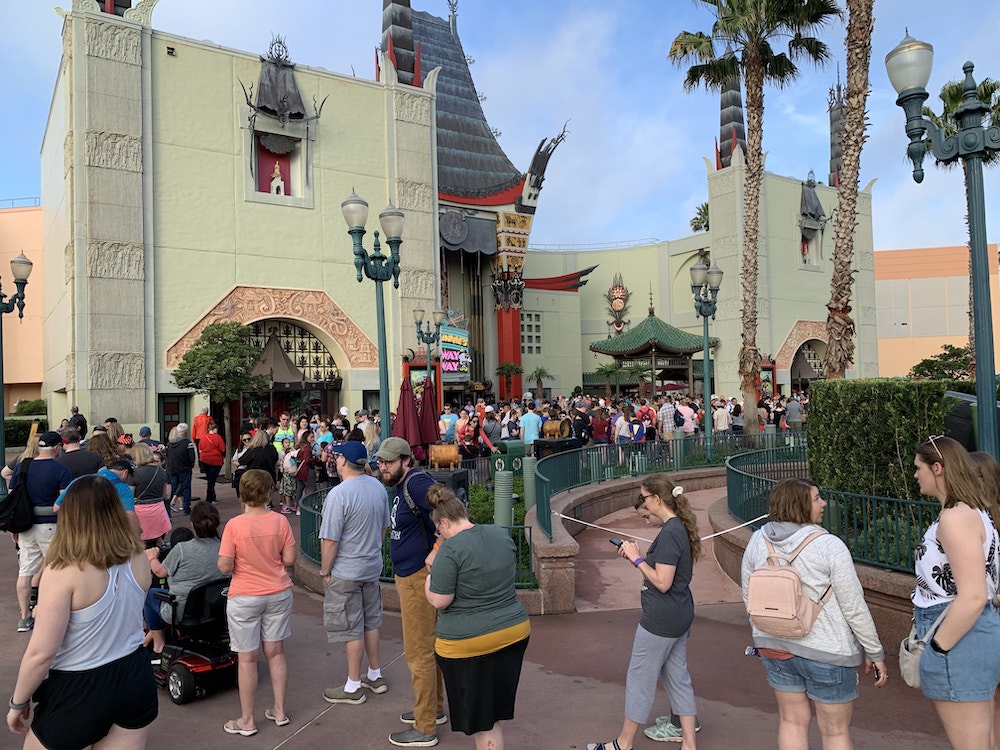 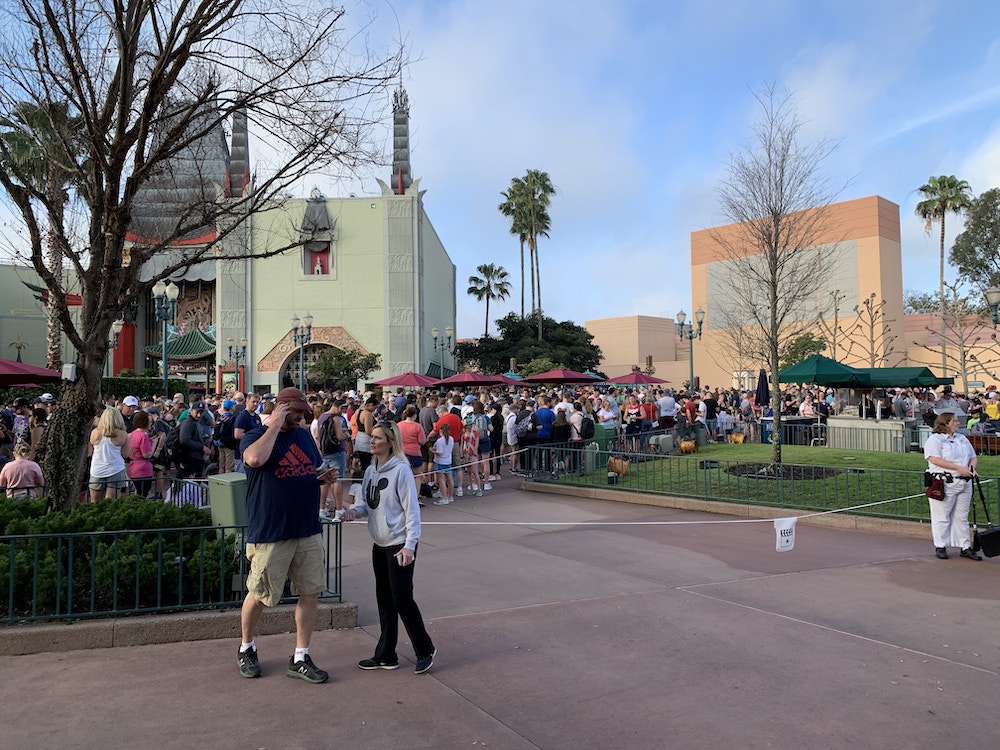 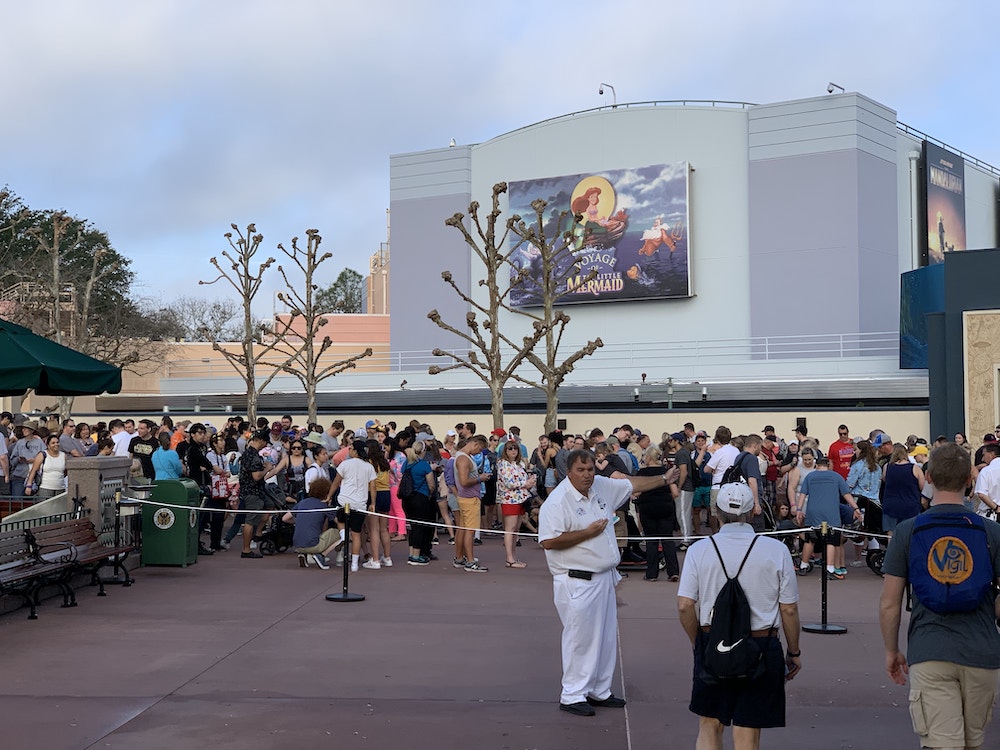 Before the park even opened, the queue for Mickey & Minnie’s Runaway Railway stretched all the way to Animation Courtyard and was already posted at 120 minutes. 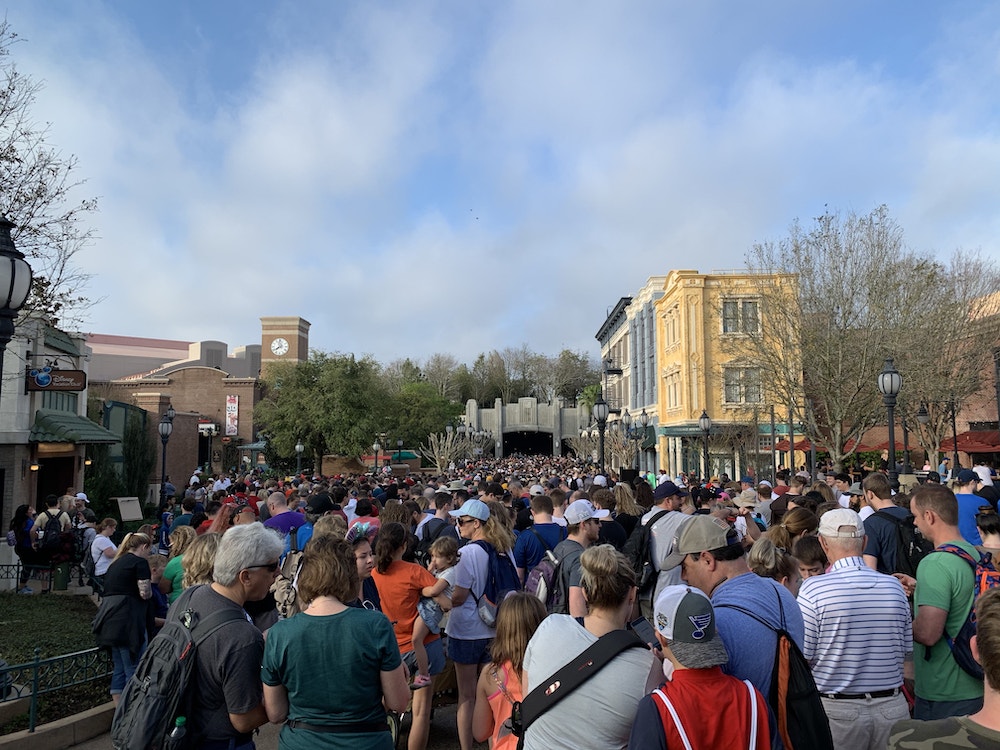 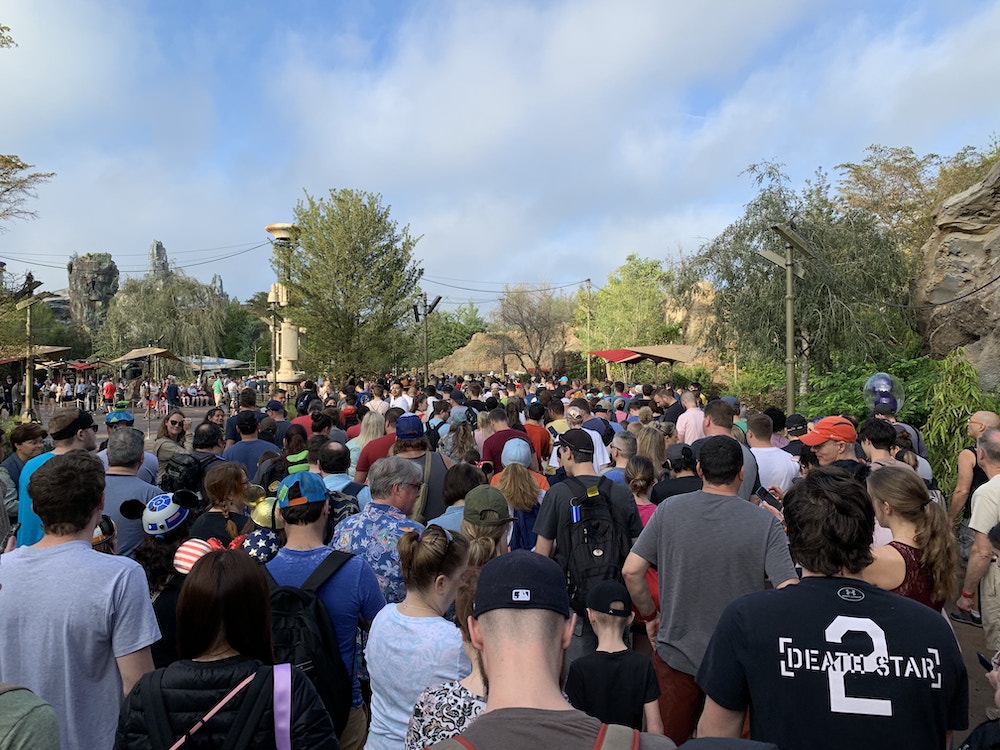 The crowds continued as we made our way into Star Wars: Galaxy’s Edge. Did you get a boarding group this morning? 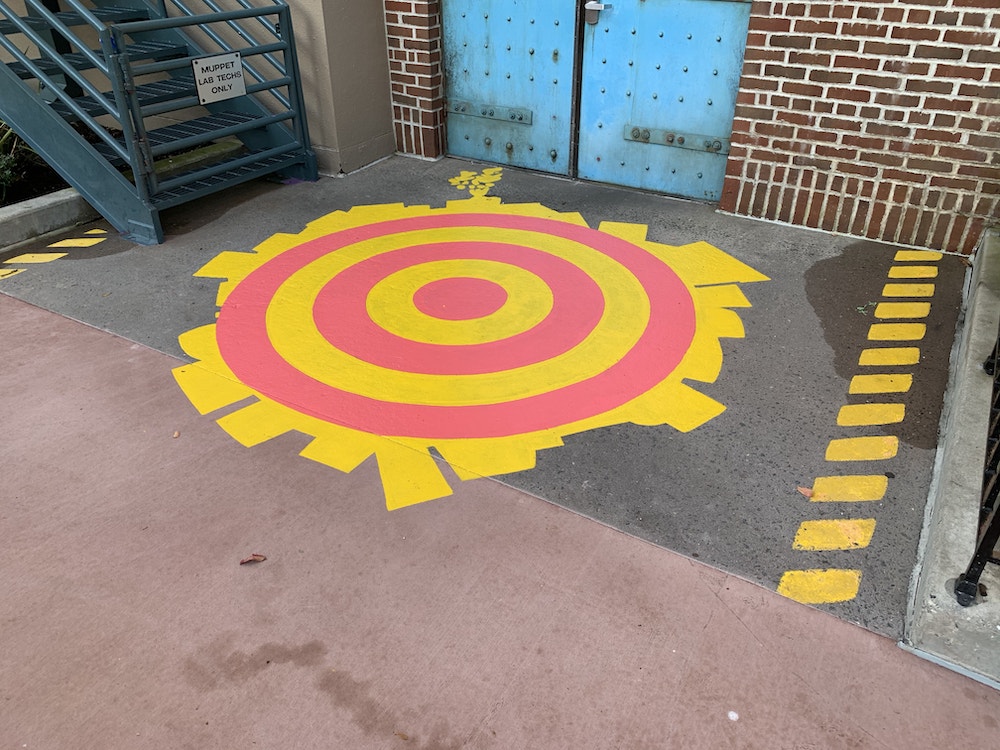 The beloved bullseye near Muppet*Vision 3D not only appears to be safe, but it has also received a nice refresh and is looking great! 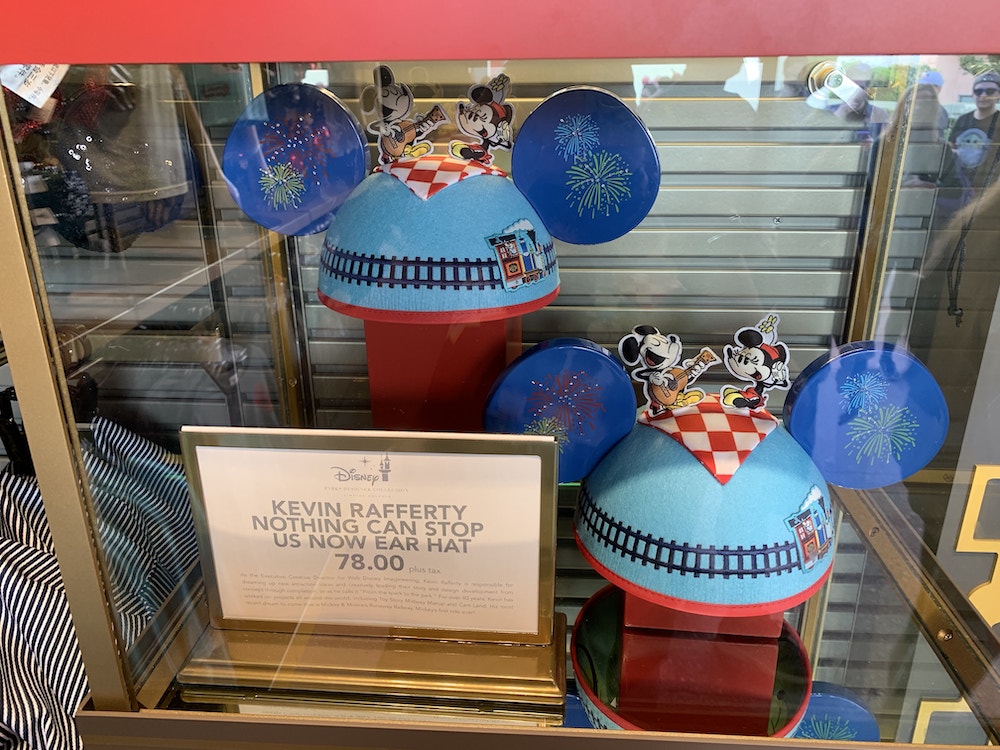 We spotted some new ears today! Disney Imagineer Kevin Rafferty, the Executive Creative Director of the attraction, designed the “Nothing Can Stop Us Now” Ear Hat as part of the Disney Parks Designer Collection. 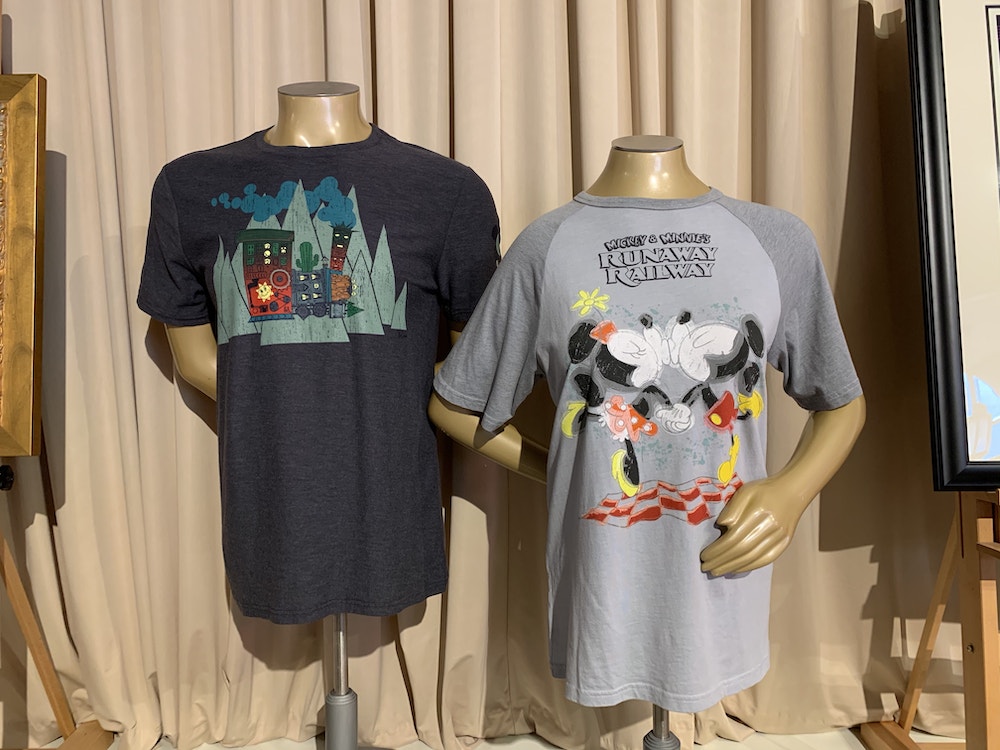 We also found these two Imagineer-designed t-shirts at Stage 1 Company Store. These two shirts were designed by Ryan Donoghue and Dave Christoffers. 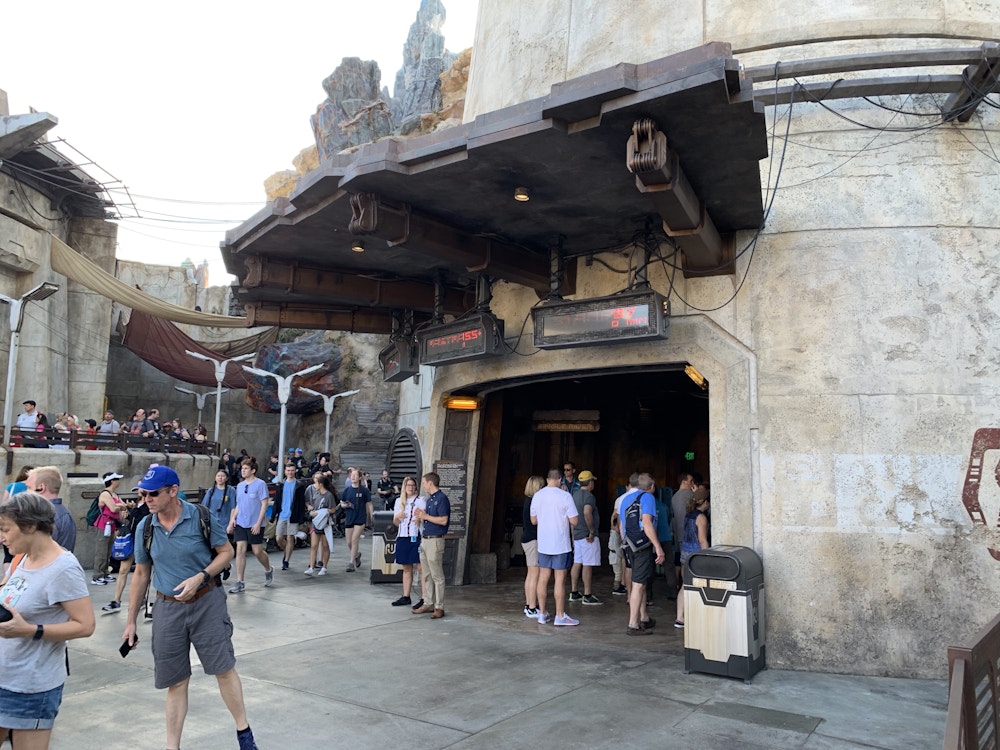 While the crowds were high today, wait times throughout the park were fairly reasonable. Millennium Falcon: Smugglers Run was posted at 60 minutes and the entire queue was inside the attraction. Perhaps Mickey & Minnie’s Runaway Railway has helped to disperse the crowds a bit. 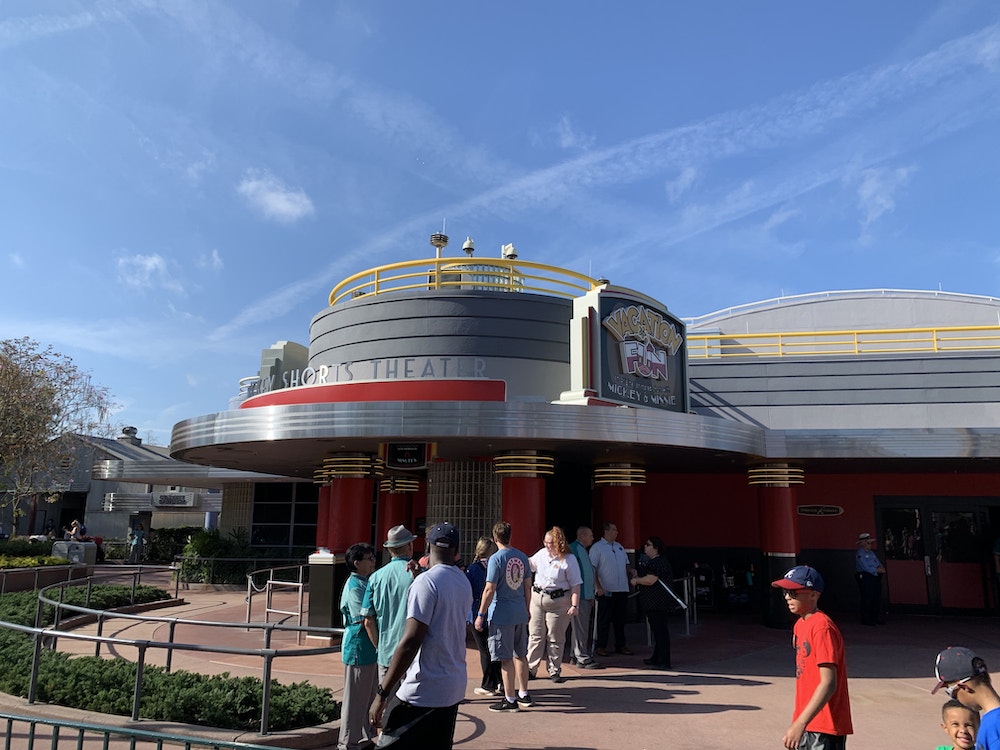 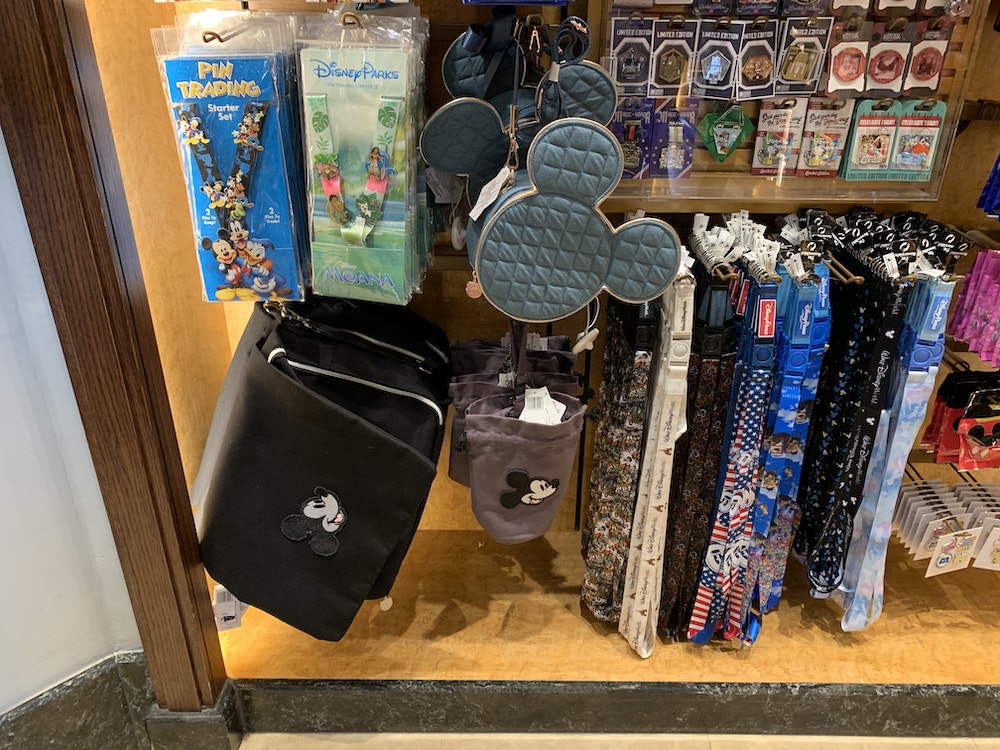 We found these stylish new pin bags at The Darkroom. They’re a great way to show off your collection of pins! 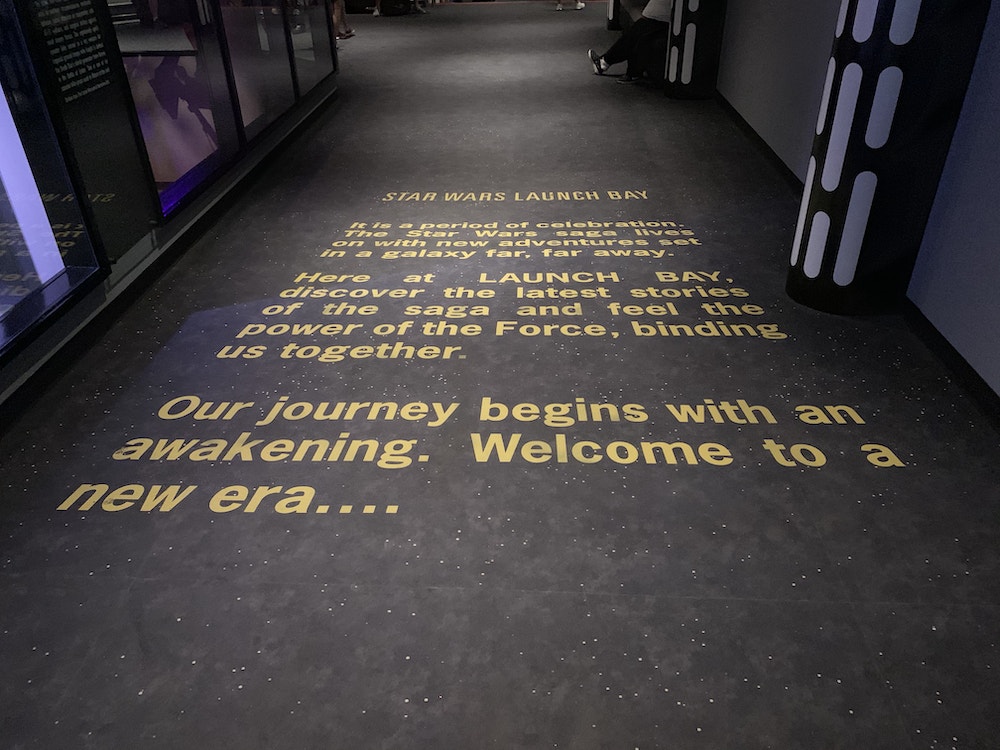 We love comprehensive theming – especially when it comes to the flooring – and this carpet in Star Wars Launch Bay is one of my favorites. 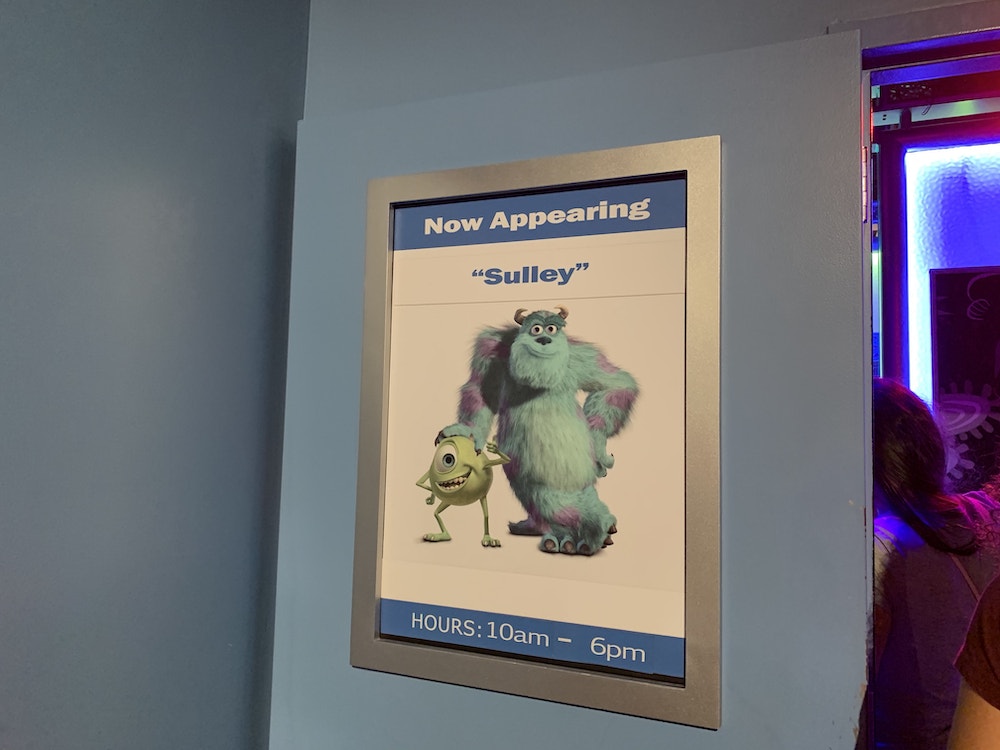 With the recent removal of Mike from the “Monsters Inc.” Meet & Greet, you’d think the least they could is find a picture of just Sulley. Poor Mike. 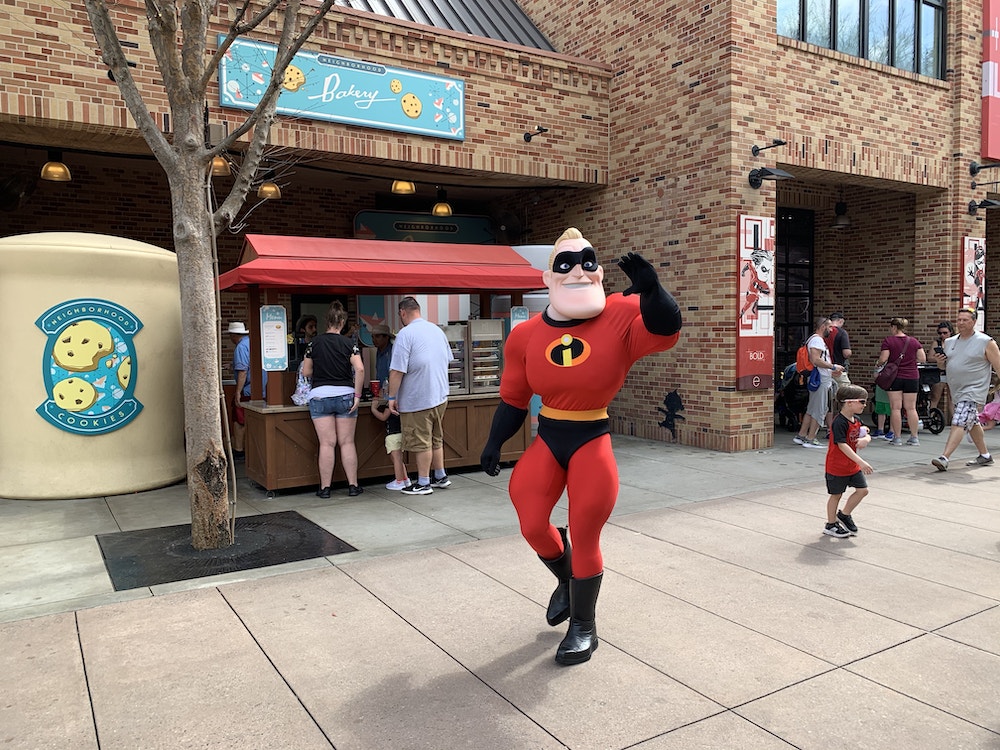 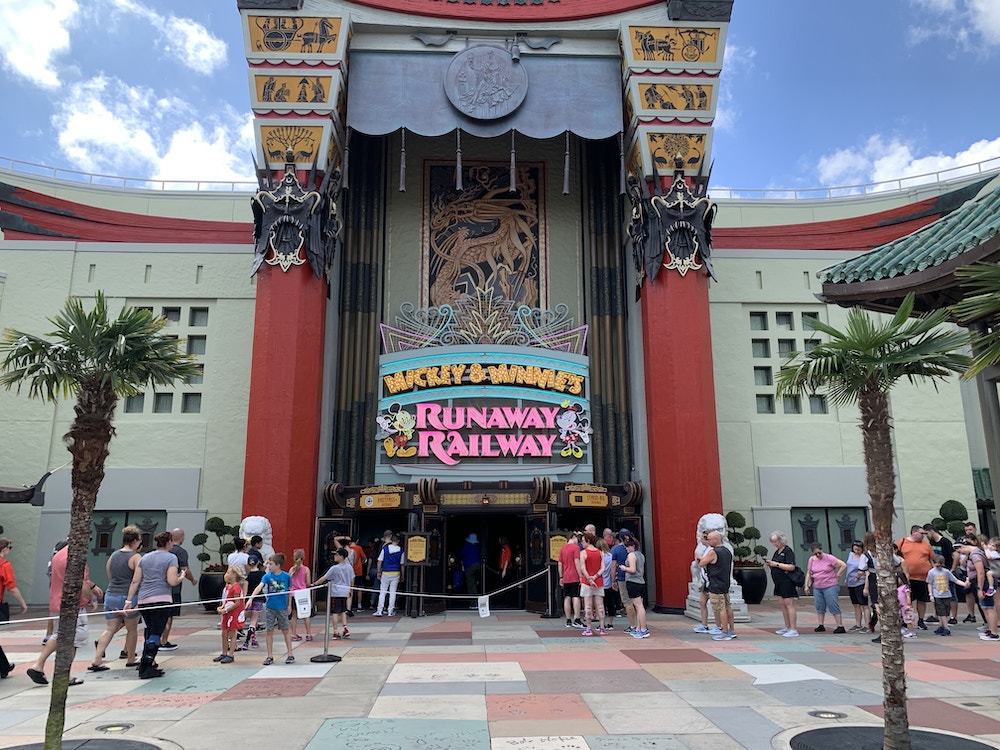 It’s so nice to walk by the Chinese Theatre and see some action again! It has been silent for so long. 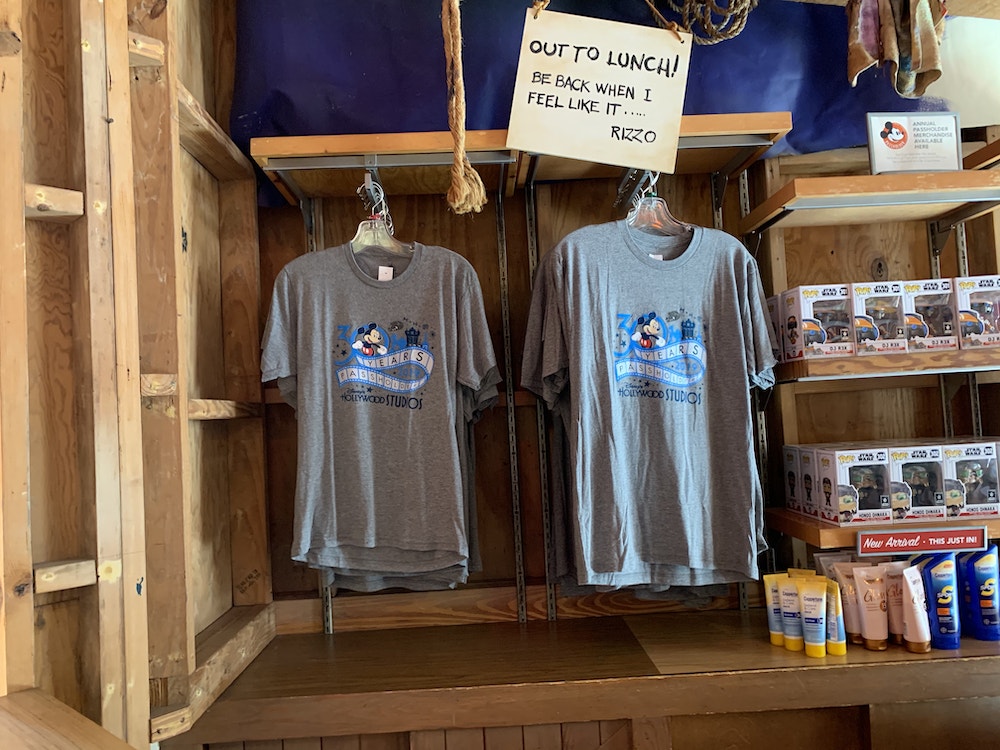 If you missed getting the Disney’s Hollywood Studios 30th Anniversary Passholder shirt, there are still some available in Stage 1 Company Store. 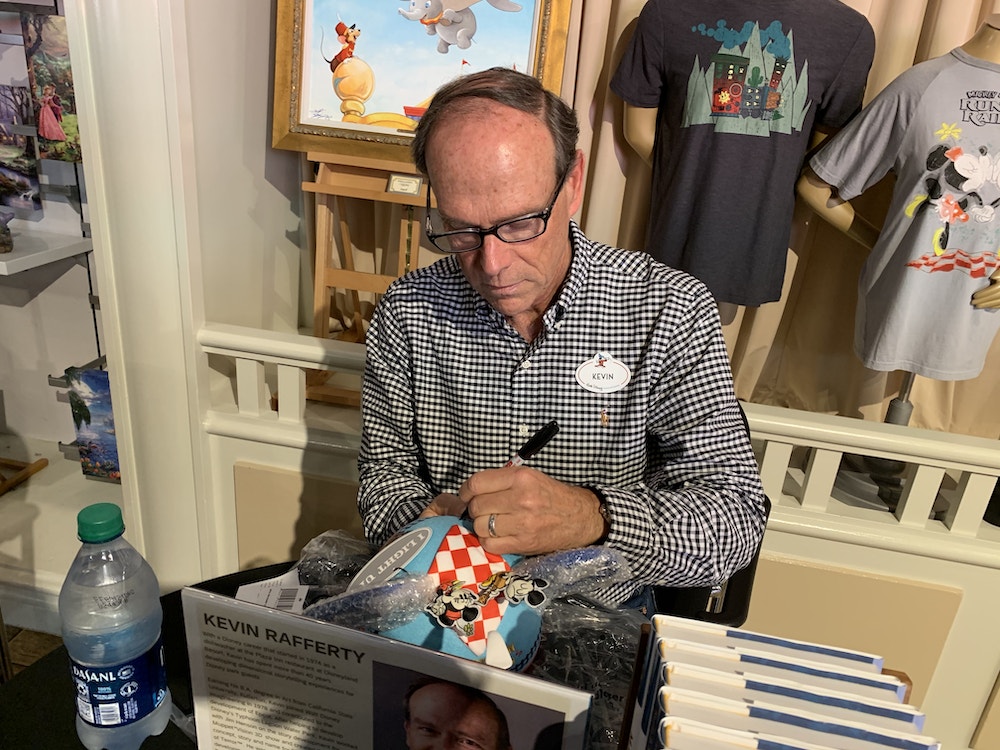 The Imagineers that designed the Mickey & Minnie’s Runaway Railway merchandise released today were also there to sign the items! Kevin Rafferty signed our “Nothing Can Stop Us Now” Ear Hat and said, “Happy New Ears!” as we left. 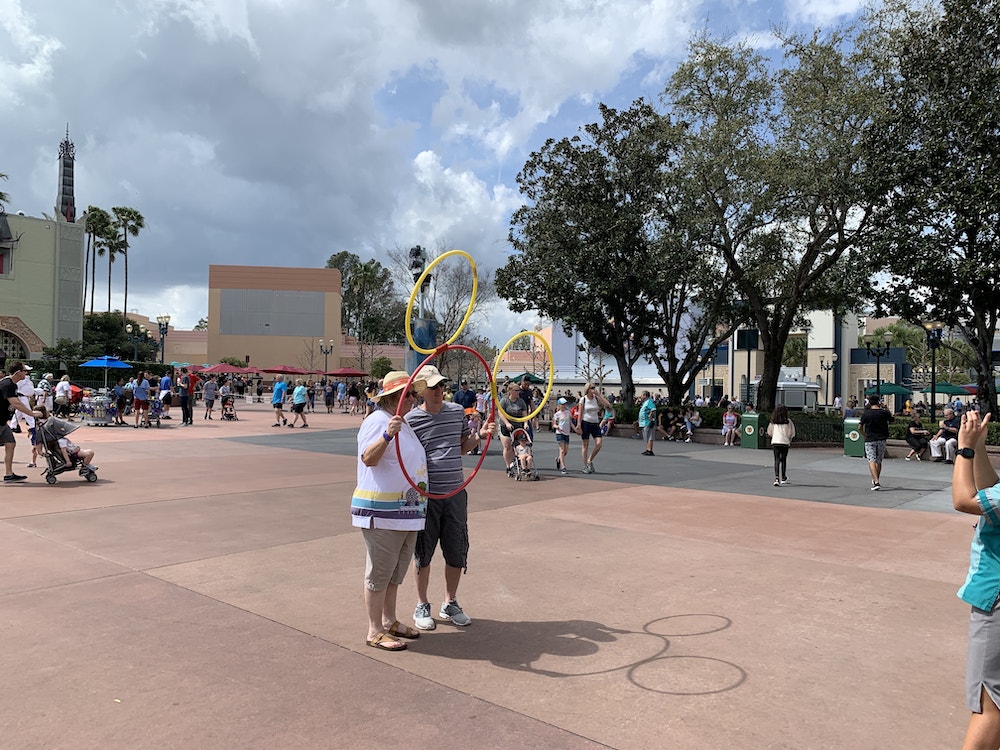 This cute Mickey photo opportunity was available for guests today. The neon marquee of Mickey & Minnie’s Runaway Railway makes a great backdrop for this picture! 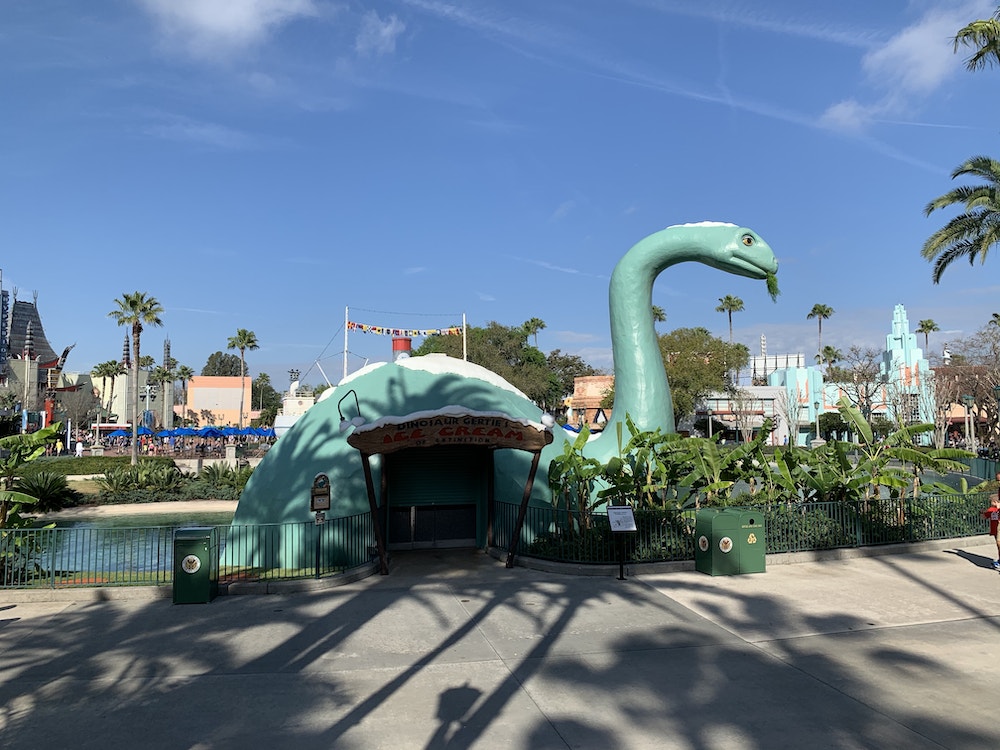 That wraps up our day at Disney’s Hollywood Studios! Have you braved the crowds to ride Mickey & Minnie’s Runaway Railway or will you be waiting for some of the hype to fade out? We’d love to hear about it in the comments!