With Disney Parks around the world closed for the foreseeable future, WDWNT is dipping into our archives of vintage parks materials for a look back into parks history! We’re heading back to the early ’90s to see the beginnings of Disneyland transforming from a park to a full-fledged resort (and a peek at WESTCOT Center) with this Draft Environmental Impact Report Summary! 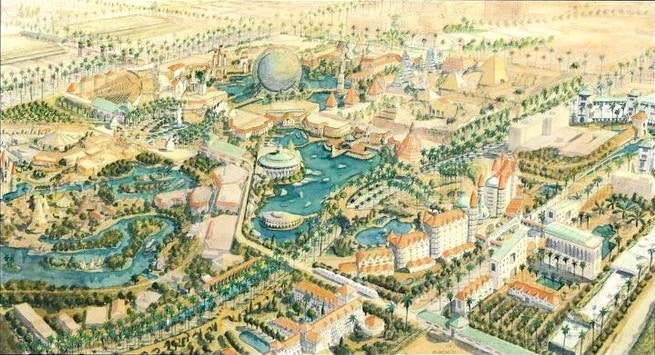 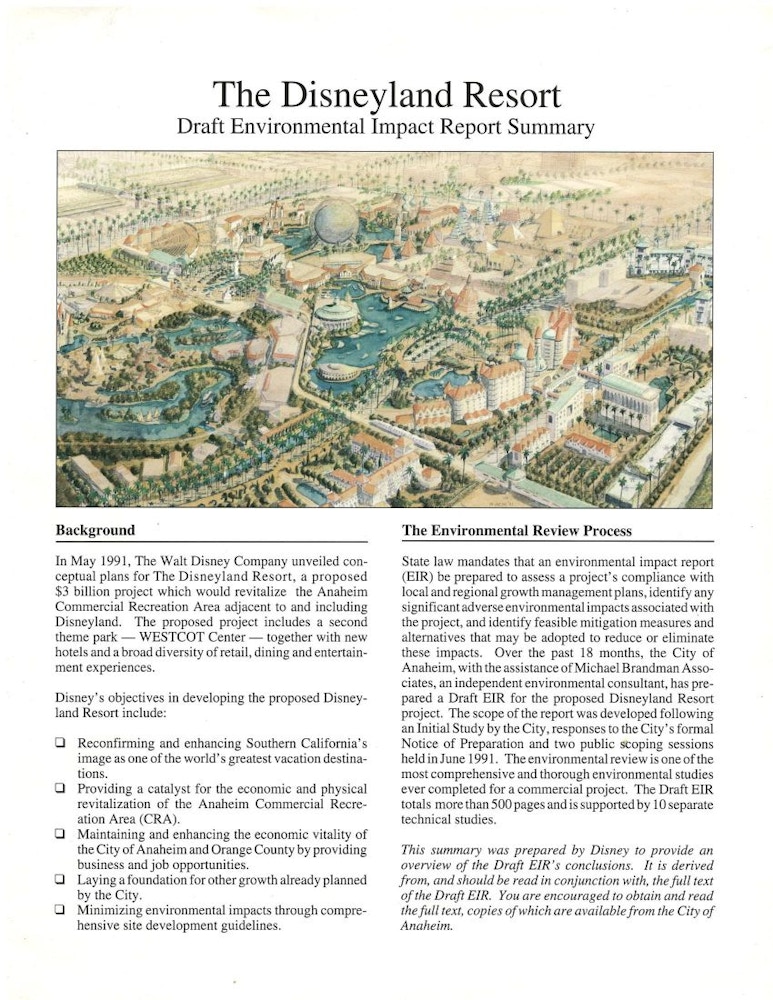 I would try to summarize the project in the proposal, but I don’t think I could put it any better than the Background section:

“In May 1991, The Walt Disney Company unveiled conceptual plans for The Disneyland Resort, a proposed $3 billion project which would revitalize the Anaheim Commercial Recreation Area adjacent to and including Disneyland. The proposed project includes a second theme park – WESTCOT Center – together with new hotels and a broad diversity of retail, dining, and entertainment options.”

WESTCOT Center, as the name strongly suggests, was the planned west-coast equivalent of Walt Disney World’s EPCOT Center. Eagle-eyed readers might notice in the concept art for the park above the obvious shape of Spacestation Earth, a 300 foot-tall replica of Spaceship Earth. 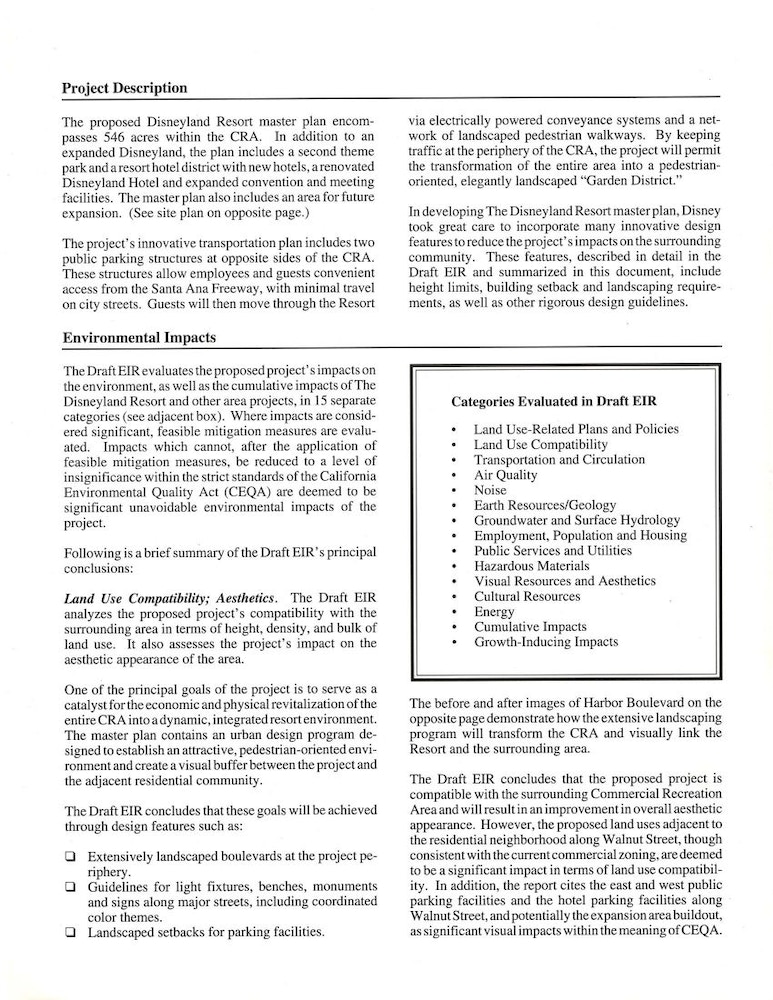 The Draft Environmental Impact Report not only looks at the project’s impact on the natural environment of the area, but of the impact on surrounding neighborhoods, including noise and employment. According to the report, the project would result in a refurbished area while creating a “visual buffer,” including “extensively landscaped boulevards,” “coordinated color themes” for light fixtures, benches, and signage, and “landscaped setbacks for parking facilities.” 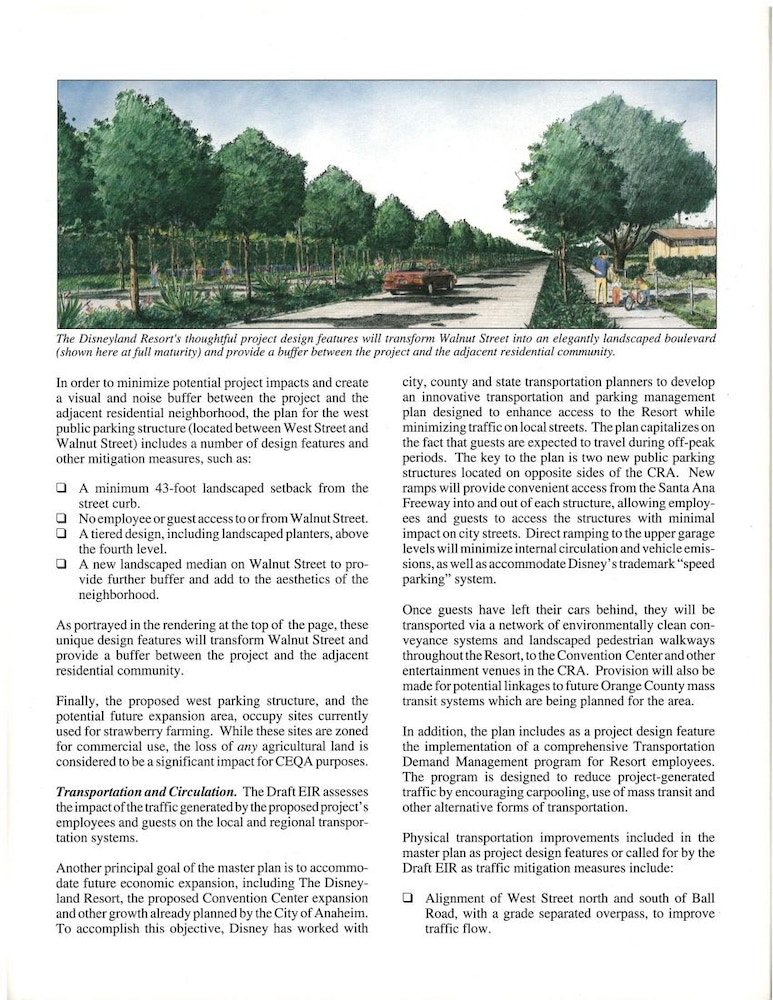 Above, you can see a rendering of what the changes would look like for Walnut Street, forming the western barrier for the property. 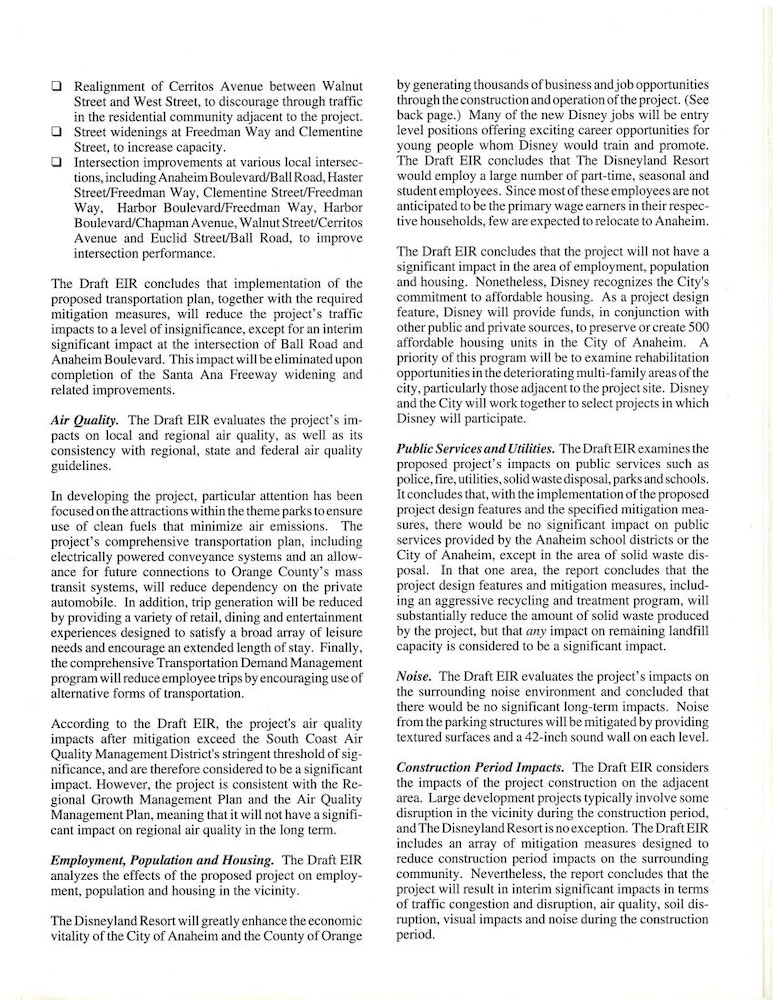 As is to be expected with a project of this size, the report does claim that construction will create “interim significant impacts” on traffic, noise, and air quality. 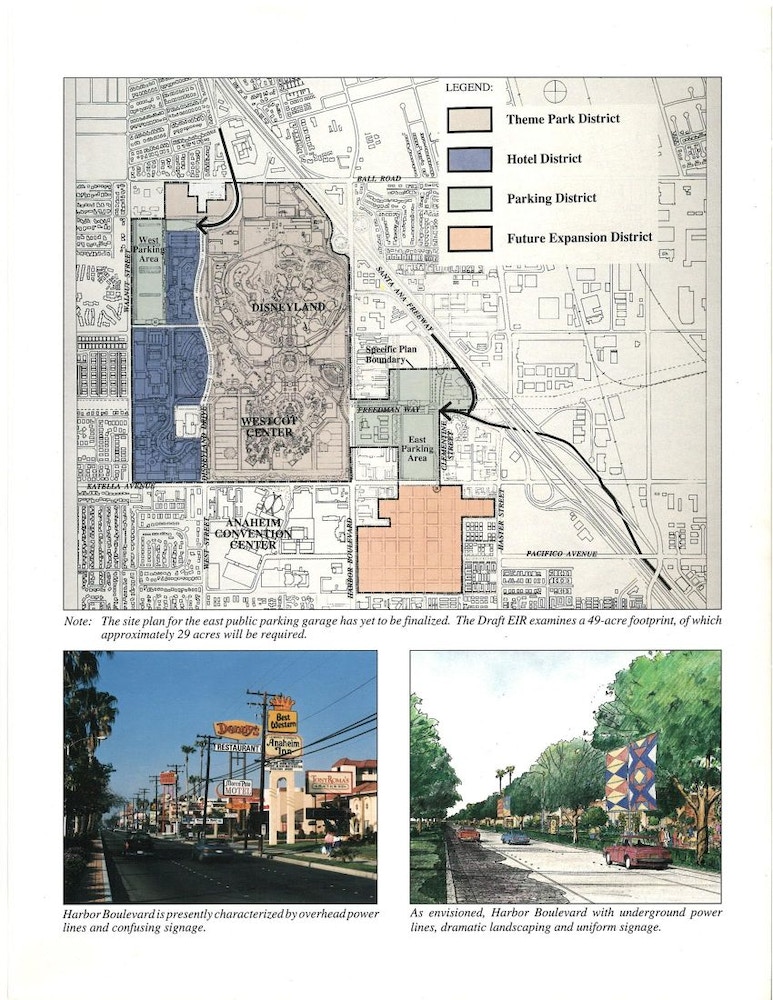 Here, you can see the site map for the project, along with a rendering of a refurbished Harbor Boulevard. 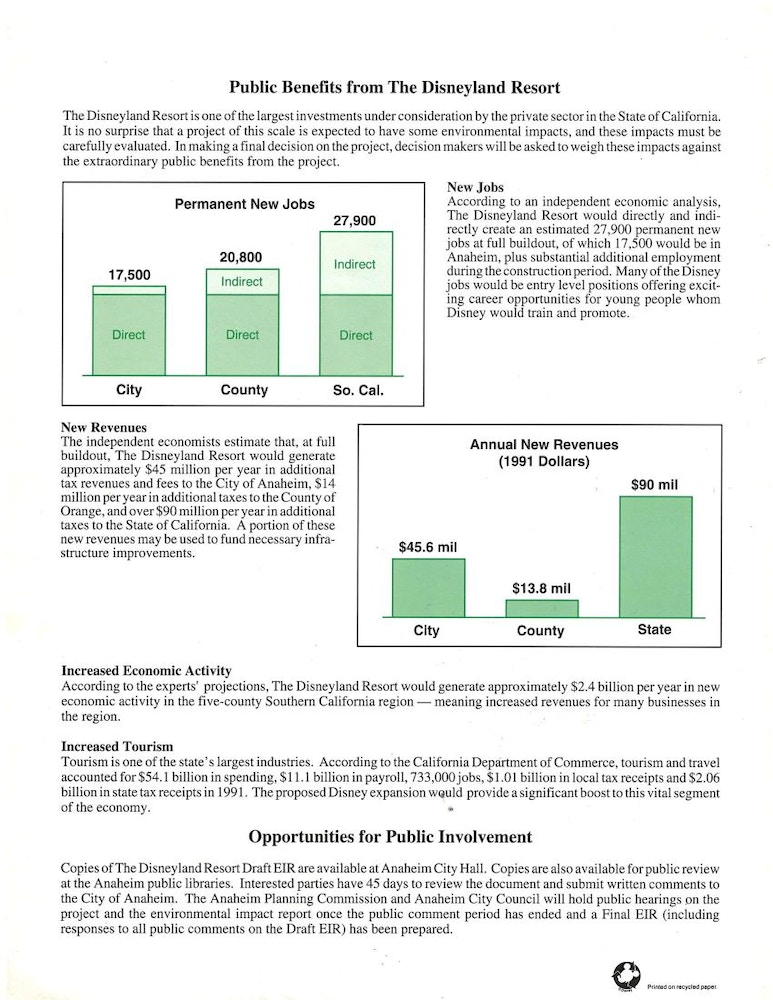 Sadly, due to financial issues stemming from the early fiscal struggles for Euro Disneyland, plans for WESTCOT Center were abandoned in early 1995. But ultimately, the plan for The Disneyland Resort succeeded. The site map is very close to the resort that currently exists, with the dining and retail options becoming the Downtown Disney District, while the second park became Disney California Adventure, both opening within weeks of each other in 2001. So while WESTCOT Center may have lost the battle, the Disneyland Resort won the war.

Next
Meyer Werft, Maker of Disney Cruise Line Ships, Suggests Timeline for Delivery of New “Triton” Class Ships May be Delayed Due to COVID-19 Pandemic