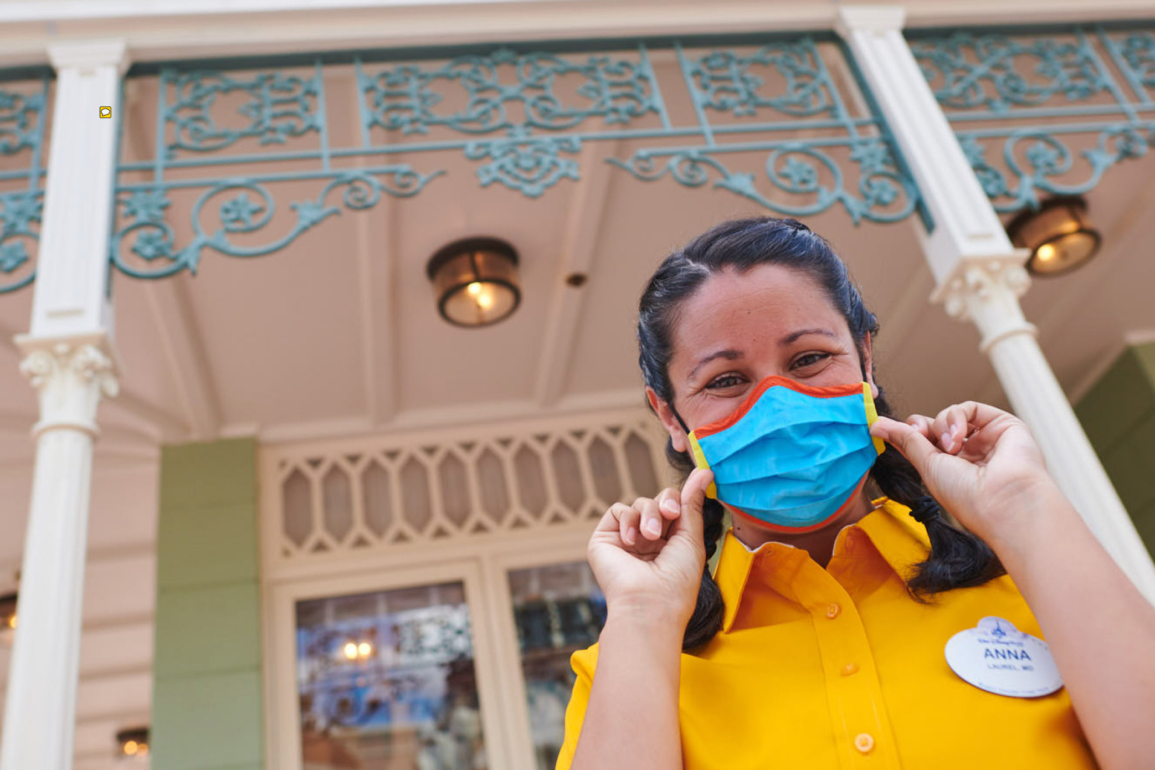 As Walt Disney World’s reopening plans move forward “on schedule”, new details are surfacing regarding work conditions for Cast Members. As was previously revealed for Disneyland Cast Members, a similar option for face shields, in addition to face masks, will be provided for those working in situations where social distancing will not be possible.

As was previously reported, guests will be required to wear face masks, and won’t be allowed into any indoor locations without wearing them. Cast members will be provided face shields if they work in an area where social distancing six feet between others isn’t achievable. Hand sanitizer will also be provided to all cast members, and refilling stations will be implemented.

Many Cast Members have voiced concerns about the reopenings, especially given the recent, record-breaking spike in confirmed COVID-19 cases. Cast Members looking to seek alternative job positions or placement in backstage areas are reportedly not being accommodated, and are instead being told to accept the terms of their callbacks or be separated from the company.

We’ll continue to update you as further details are released for both Guests and Cast Members regarding the reopenings.