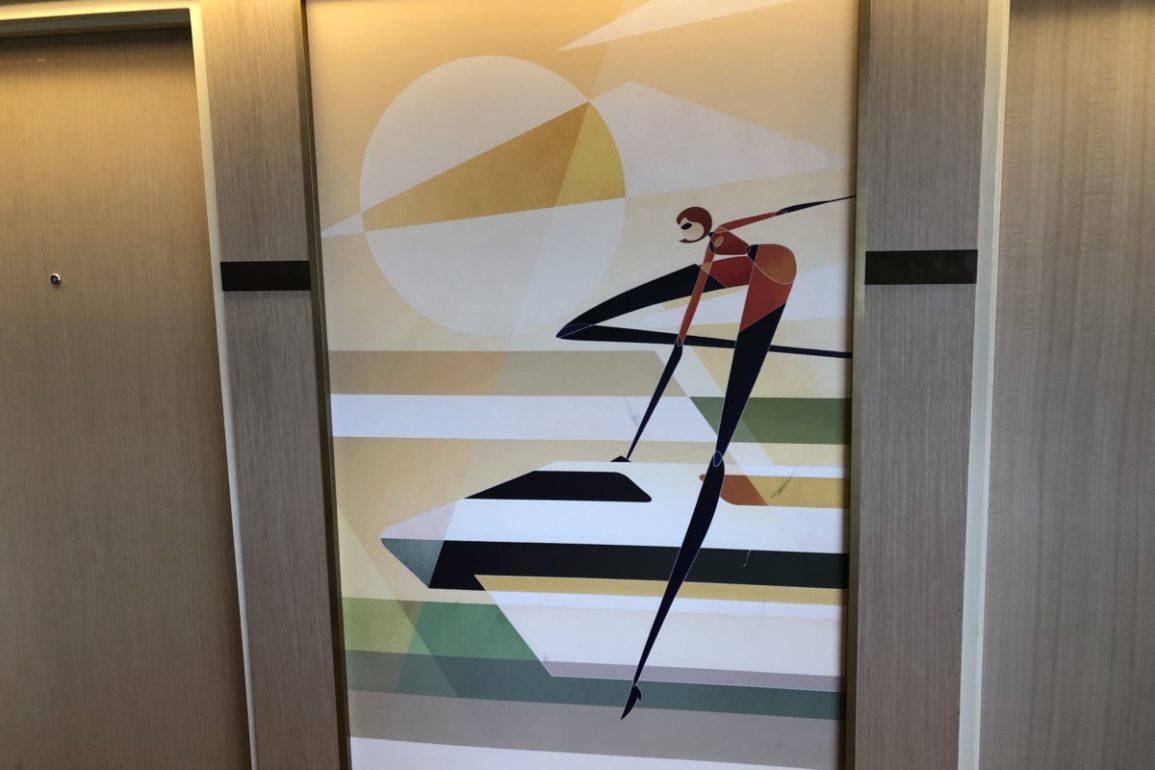 Disney’s Contemporary Resort has been undergoing a major overhaul including reimagined rooms featuring The Incredibles, the new Steakhouse 71, and a redesigned lobby. As the project kick into high gear, some Incredibles art is already visible to guests.

Multiple new art pieces with Violet and other Incredibles characters were seen peeking over the edge of a recently scrim-free balcony at the resort.

The art pieces are being installed in the hallways along the new guest rooms currently under construction.

Artwork featuring different designs, but more of the same aesthetic can be seen on another balcony from the lower level.

Test rooms in 2019 featured artwork with Elastigirl and the Monorail between rooms, a good indicator of how these art pieces of a similar design are currently being installed in the hallways now.

Earlier this week, the new Steakhouse 71 sign was installed where The Wave…of American Flavors previously stood.