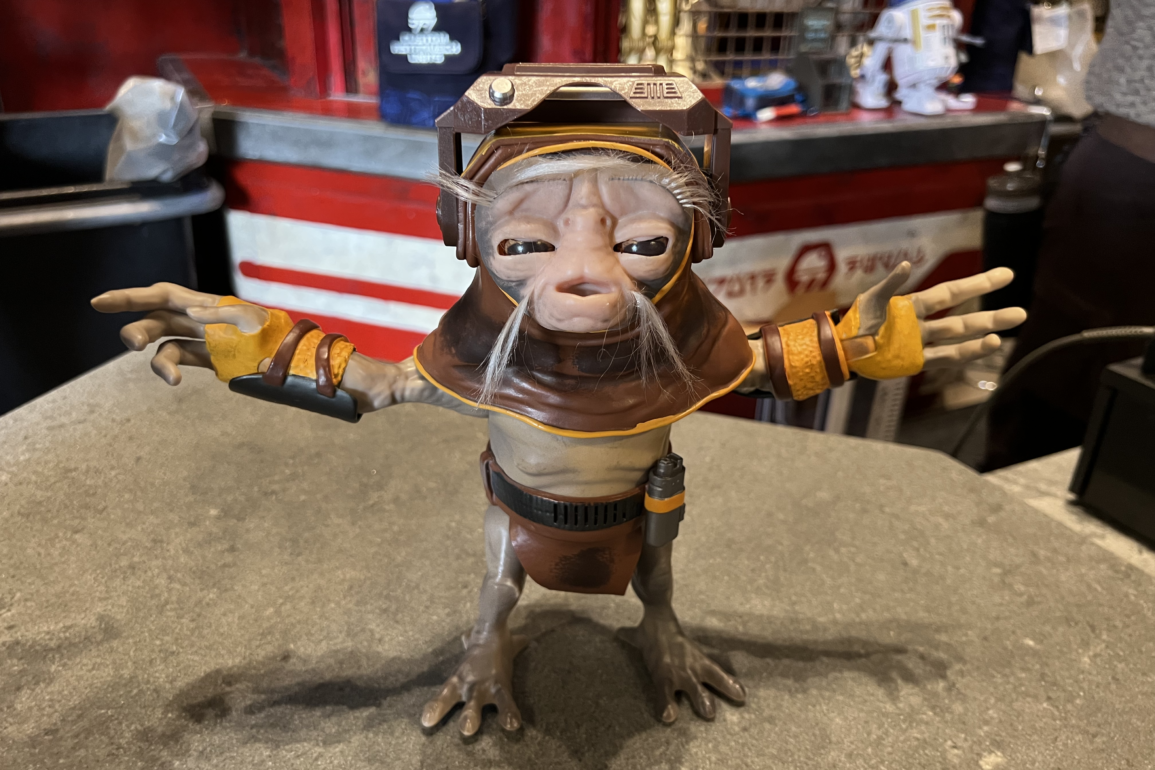 We are here today at Disney’s Hollywood Studios to see what’s new.

Let’s get started with our day! These summer crowds are showing it’s going to be a pretty busy day here at Disney’s Hollywood Studios.

We made it in! Time to look at some of the merchandise.

We found some Limited Release Orange Bird MagicBands in The Darkroom.

Looks like The Mighty ‘Thor’ Ears are also in stock at Keystone Clothiers.

As we made our way through Keystone Clothiers, we noticed some new ‘Darth Vader’ merchandise. We had already found the ‘Darth Vader’ bottle here. Look for more of this collection in our merchandise round up.

We also found some ‘Lady and the Tramp’ Dooney & Bourke bags in stock at Legends of Hollywood.

It was time for a little break, and what better way to cool down then to stop in at The Trolley Car Café  and try the New Starbucks Pineapple Passionfruit Refresher? This drink reminded us of POG juice.

We headed back to Galaxy’s Edge and found some new “Star Wars” ‘Babu Frik’ merchandise in The Droid Depot, including the magnet shown above.

The ‘Babu Frik’ Interactive Droidsmith was also in stock at the Droid Depot.

‘Babu Frik’ makes sounds, his eyes and mouth move, his head moves back and forth and he can be posed. The goggles on his head can come down over his face and lights up.

While walking around Galaxy’s Edge we noticed the ‘Star Wars: Batuu Bounty Hunters’ MagicBand+ Game Station was blocked off. Two cast members were standing at the entrance and a sign showed it was private.

We observed guests with the new MagicBand+ going inside to test out the new touchpoint. We were told that this experience would open at the end of summer.

After leaving Galaxy’s Edge we noticed this really cute photo op for Pride Month on the wall. You can find other Pride photo op’s here.

We also noticed the ‘AT-AT Walker’ is spraying water again.