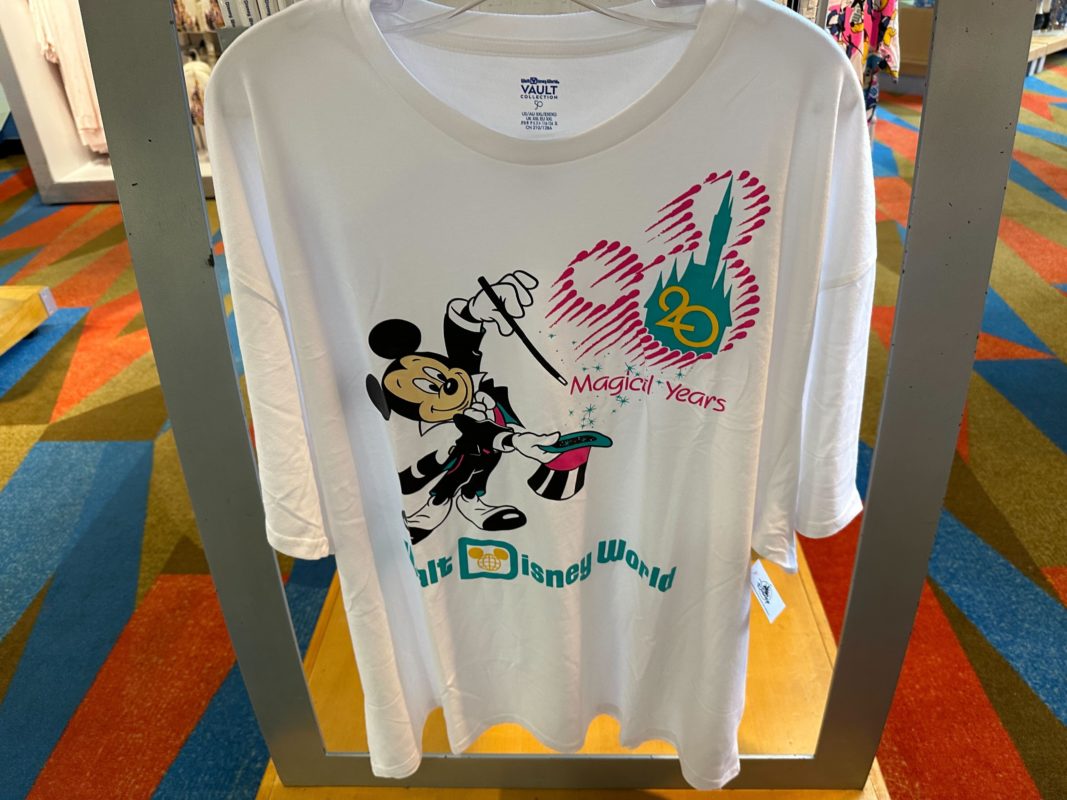 This white, short sleeve t-shirt has the 20th Anniversary logo across the front of the shirt. Playing off “20 Magical Years,” Magician Mickey brings more magic out of his hat. The classic Walt Disney World logo is below him.

Like fireworks, Mickey’s head, outlined in magenta streaks, bursts out from his magician’s hat. In the center is a turquoise silhouette of the castle with “20” in gold and “Magical Years” below.

The neck is a matching white ribbed crewneck, and the t-shirt is tagless.

Have you purchased anything from the Vault Collection? If so, let us know in the comments below.

Here is some recent Vault Collection merchandise we found at Walt Disney World: