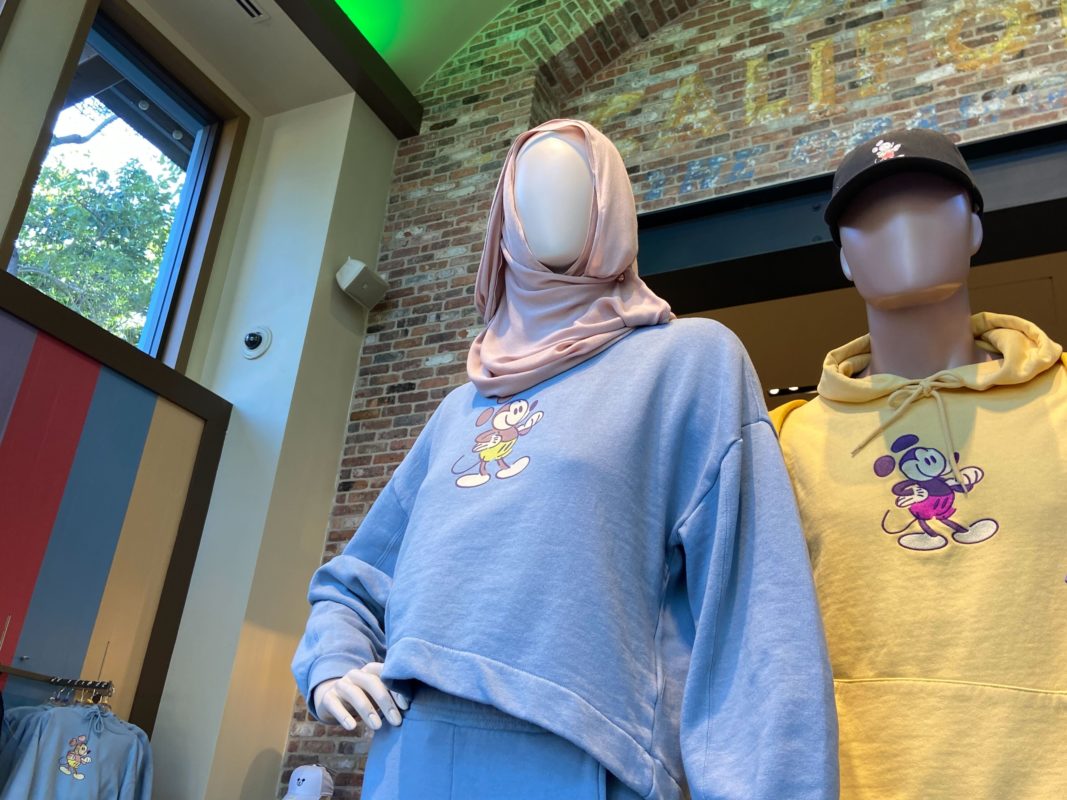 The mannequins are immediately inside the entrance on the La Brea Bakery side of World of Disney. One is in the center of the room, next to two other mannequins.

A pink headscarf has been wrapped around the mannequin’s head in a traditional hijab style.

Hijabs are worn by many Muslim women for modesty and privacy.

The other mannequin is against one wall, with a scarf wrapped in a slightly different style.

Disney Parks debuted a wider variety of mannequins in the past few years, including mannequins with various skin tones and sizes.

A mannequin in a wheelchair and another with a cochlear implant were added to Creations Shop in EPCOT earlier this year. Disneyland recently added two dolls in wheelchairs to “it’s a small world” and they are coming soon to Walt Disney World and Disneyland Paris.

High school marching bands have been told to remove or cover offensive Native American imagery from their uniforms before performing at Disney Parks. Disney covered a Native American caricature on a logo at the Main Street Confectionery in Magic Kingdom and changed a mural at Peter Pan’s Flight to remove the word “Indian.”

Earlier this year, Cast Members were instructed to address guests as “friend” instead of “sir” or “ma’am” to be more inclusive of all genders. “Ladies and gentlemen” was removed from pre-fireworks announcements last year.

This effort largely stems from the addition of Inclusion as the fifth key of the Disney experience in 2020 — Safety, Courtesy, Inclusion, Show, Efficiency. Disney has committed to “cultivating an environment where all people feel welcomed and appreciated for their unique life experiences, perspectives and culture. Where we celebrate allyship and support for each other. And where diverse views and ideas are sought after as critical contributions towards our collective success,” per the Disney Parks Blog, and they say the fifth key is the center of that philosophy.