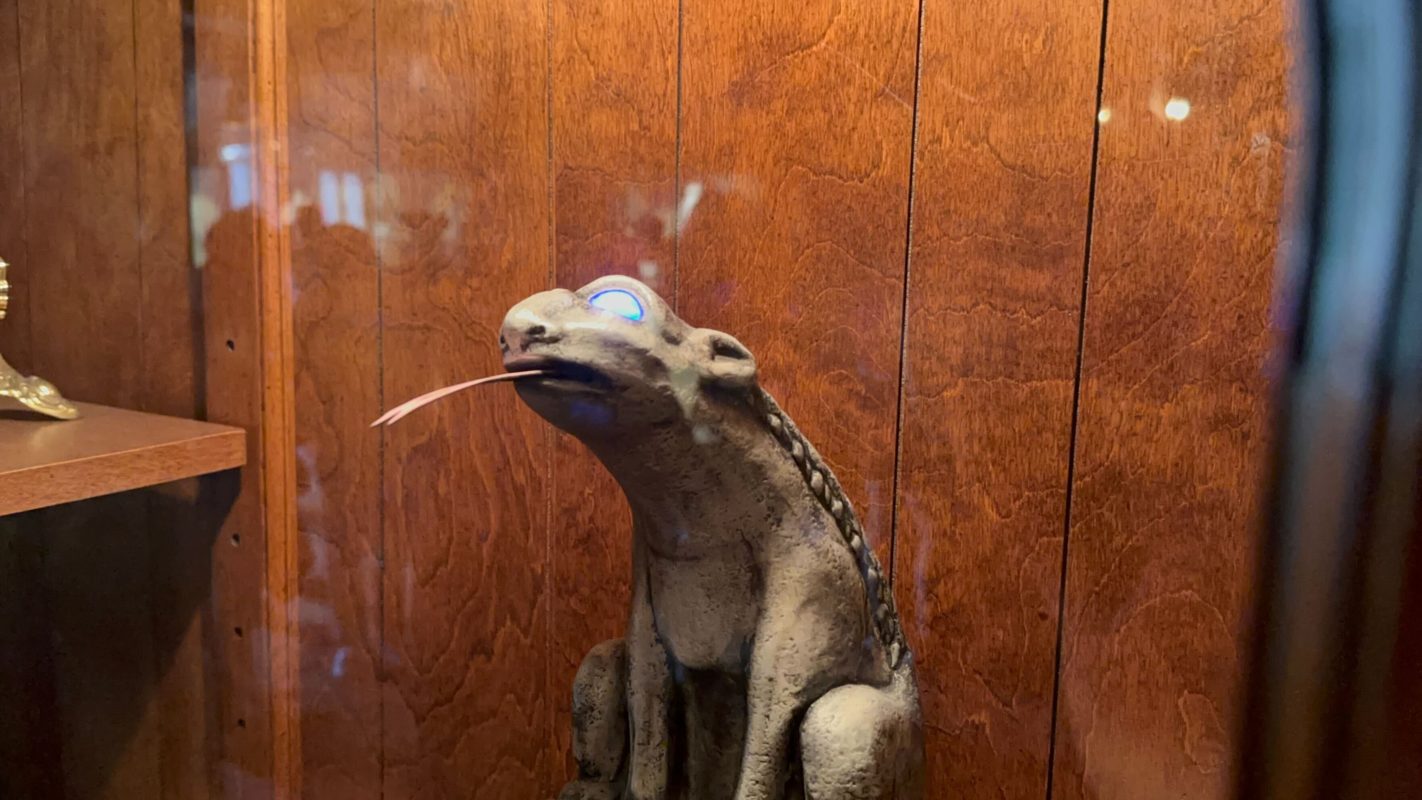 The new DuckTales World Showcase Adventure game officially debuts on December 16, but we were able to participate in a soft opening at EPCOT. We’ve already completed our first missions in China and over in Japan as well,, and now, with the help from Gizmoduck and Fenton, we are ready to venture into France!

This article will contain gameplay spoilers, but each mission has different variating tasks and puzzles. You may or may not get the same experiences as we detail here.

Once you’re logged in, you can select the game by swiping through the options and then clicking “play.”

It will take you to the start screen, where you can choose “let’s go!” to start the game or “exit” to go back.

It then asks you to select an “adven-share” mission at one of the World Showcase Pavilions — this time, we’re in France.

Watch our playthroughs below and keep scrolling for photos and more information. During our first playthrough, sound had not yet been activated in the game:

Our second playthrough features sound, as well as a different mission:

Our adventure today takes us on a journey to save the Faber-Jay Egg of Louis XIV½! We find out at first that Scrooge McDuck is in possession of the priceless egg, who stole it from the ruins of Louie’s Second Tuesday in April palace. But it looks like the other “expert” Louie called in is after the egg herself! We gotta stop Goldie together!

First step is to connect to the server which controls Scrooge’s security system.

First we head to this door on La Petite Rue.

How many drawers are on the armoire, it asks.

Gyro wants us to activate the signal boost relay exactly when he does. When we do, a little signal light travels up and down the Eiffel Tower lamp.

One down, two to go!

Mission: Between a Rock and Some More Rocks!

Next, we need to see if Gyro has any “doohickeys” that can get Scrooge out of this mess.

The next stop is to head down to the antique cameras by the water.

Gyro comes in and tells us this camera is actually his very sophisticated laser-guided drilling system. We can use it to get Scrooge out of those subterranean catacombs!

After a short video which shows the beam ricochet off the Eiffel Tower and onto the buildings around, we’re all set!

Mission: A Bug in Your Ear!

Now we need to communicate with Louie down in the catacombs, but his phone doesn’t get reception. Fortunately, Gyro has equipped him with a flying tape recorder nearby.

Once inside, we need to find the gargoyle on display.

The gargoyle’s eyes light up and a slip of paper comes from his mouth. Fortunately, Gyro’s handiwork was impeccable as always, and we got to hear what Louie’s been up to!

A different mission that we got during our second playthrough was Prince of Thieves. We were sent to a window of Les Vins de France to look for fingerprints. We identified Goldie’s print on a cookbook. The book had a layout of the paths that Goldie is using, so we’re able to get to the egg first!

Mission: The Thief That Stole the Golden Egg!

Scrooge and Webby made it to the egg, huzzah! But uh-oh, it’s a decoy! Now Goldie’s on the roof with the real egg, and we have to move now!

Right outside the shop, we have to answer the question about the manhole cover quick!

Then Gyro unleashes a sonic pulse which knocks the egg away from Goldie. Louie’s barely holding on!

During our first playthrough, the flying Louie prop was not working. Thankfully, we got to see him the second time!

We completed the mission and saved the egg!

What do you think of the new DuckTales World Showcase Adventure game at EPCOT? Let us know in the comments, and check out the other missions and finale:

PHOTOS, VIDEOS: Save Donald From a Time Anomaly in the DuckTales World Showcase Adventure – Germany Missions at EPCOT