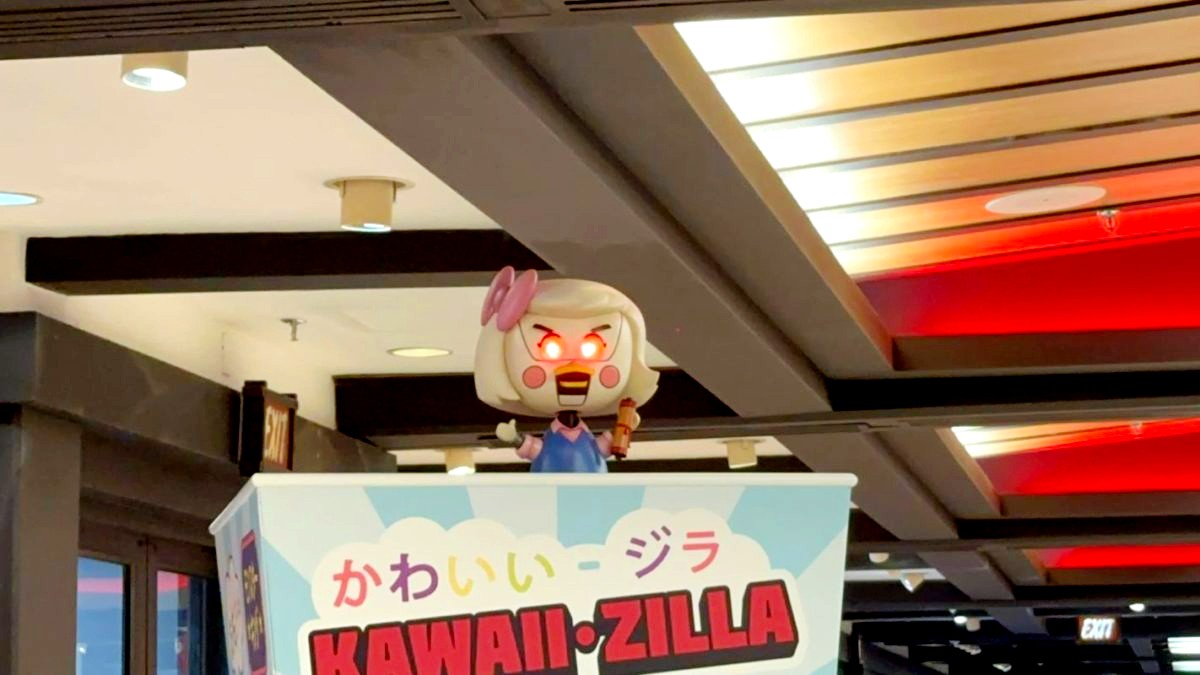 The new DuckTales World Showcase Adventure game officially debuts on December 16, but we were able to participate in a soft opening at EPCOT. We’ve already completed our first mission in China, and now, with the help of Gizmoduck and Fenton, we are ready to venture into Japan.

This article will contain gameplay spoilers, but each mission has different variating tasks and puzzles. You may or may not get the same experiences as we detail here.

Once you’re logged in, you can select the game by swiping through the options and then clicking “play.”

It will take you to the start screen, where you can choose “let’s go!” to start the game or “exit” to go back.

It then asks you to select an “adven-share” mission at one of the World Showcase Pavilions — this time, we’re in Japan.

Watch our playthrough videos below and keep scrolling for photos and more information. During our first playthrough, sound had not yet been activated for the game.

Mission: Winds of the Wind-Up Webby!

Our mission is the Winds of the Wind-Up Webby! After accepting “Ok,” we’re off!

Our first mission finds us at the entrance to Mitsukoshi Department Store. We spot the Beagle Boys and need the power of the wind to stop them.

Here it instructs us to “look below the chimes.” It gives us four choices – a small shrine, a bonsai tree, a planter bed, or a platypus in a fedora — a nod to the former Agent P’s World Showcase Adventure. Obviously, it’s the planter bed.

After activating the wind chimes, they blow the Beagle Boys away.

We then need to use the power of the earth to crush Robo Webby.

Our next mission sends us to a small pagoda-like sign. It tells us, “Inspect the sign. What year was the Shishinden made?

Once we input “794,” it instructs us to go to a specific location next to the rock garden and turn and look towards the garden as we press “ok.”

As we look at the rock garden and hit “ok,” the Japanese word for “Castle” illuminates on a large rock at one end of the garden. But that brings Robo Webby back. It looks like her circuits might be conducive to catching on fire.

Fenton then appears and tells us to “focus on not overthinking.”

Mission: Fire Rock With Me

On our second playthrough, we got the mission Fire Rock With Me. In this mission, we found the stone lantern near the entrance to the castle. We had to stand by a sign and select what it says.

Mission: The Dangers of Aquatic Robotics!

Our next mission warns us of the dangers of aquatic robotics.

Our instructions are to go to the Koi pond near the pagoda and look for the large rock sticking out of the water. When we find it, we are to press “ok.”

Here we need to inspect the sign near the koi pond and identify the correct choice of what the sign caption says.

After you activate the large rock, it floods away the Beagle Boys, which would be a good thing; however, the goal was to short-circuit Robo Webby.

The scroll summonsed the Quackagawa — which is exactly what you didn’t want to happen!

Gizmoduck is activated and says, “I’ll hand this… somehow!”

Scrooge McDuck tells his nephew, Dewey, that Gizmoduck doesn’t have to beat it — just distract it so they can deactivate it.

We were then directed back to the Mitsukoshi Department Store and instructed to go inside. Once inside, we were to look for the four historical photos on the wall and answer a question.

Once we answered the question correctly, we needed to hit “ok” again in order to override the Beakstech and “regain control of the robot.”

Here Robo Webby is in her full possessive evilness.

After hitting “ok,” we were able to bring Webby back to her sweet self.

After that, we are directed to move outside the store “to make way for Robo-Webby heroics.” Then we watched the remainder of the story, where Ma Beagle gives the scroll to Mark Beaks. They fight over the scroll after a disagreement and release the Quackawaga, but Gizmoduck comes and saves the day by shooting down the Quackawaga. The story ends with trying to help Fenton out of Gizmoduck.