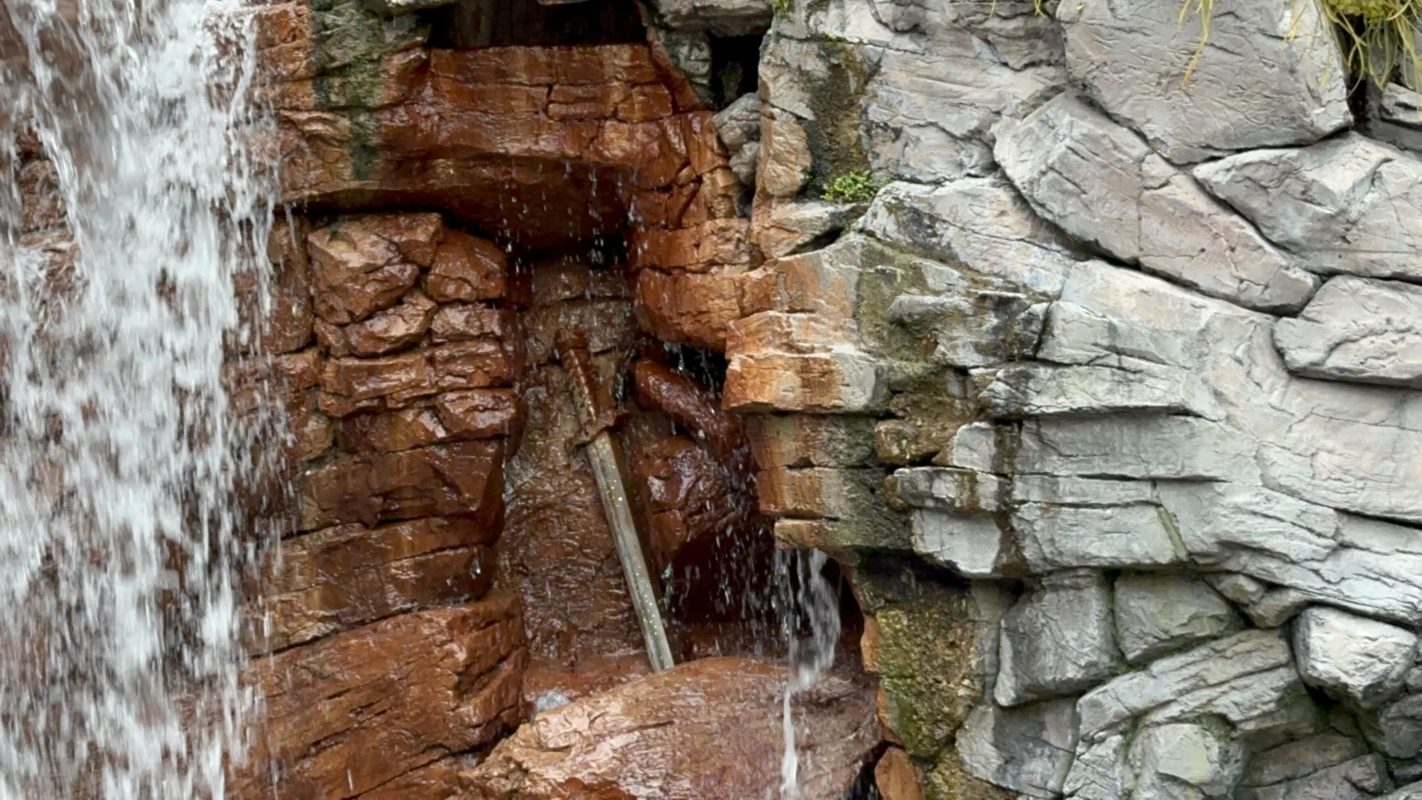 On our mission to complete the new DuckTales World Showcase Adventure game, we headed to the Norway pavilion. The new game utilizes the Play Disney Parks app to take guests around six World Showcase pavilions to uncover the Plunders of the World alongside the DuckTales team. Check out our full playthrough below.

Watch our first full playthrough of the Norway Adven-share below, and keep reading for photos and more information.

This time, we’re in the fabulous Scandinavian land of Norway, where Scrooge McDuck has summoned us for yet another Adven-share.

We’re in search of a lost shipwreck, which contains the Norse power sword of Heckfire. Scrooge is putting us to work since it gives off a unique heat signature. But Hecka, Norse goddess of the underworld, wants the sword too. According to Webby, denizens of the underworld will harness the flames of the Heckfire sword. We gotta fight to stay in action! The team splits up with Della and Louie going to convince the Vikings of Norway to get ready for battle in case we don’t find the sword in time.

The shipwreck is seemingly a reference to the long demolished Viking ship playground that once stood in the Norway Pavilion.

We need to find a piping hot decoy to throw Hecka off the trail of the flaming hot sword.

When we get to our first stop at The Fjording, Dewey is ready to set things on fire… but instead, we’re directed to a lamp right outside.

After answering a question about the shop sign, Huey says he’s got the boiler rigged, and the fake sword in place to distract Hecka.

The chimney on the shop roof lets out some steam, the decoy worked perfectly!

Yet Hecka only finds… a butter knife. Better luck next time!

Mission: Written in the Stone

During our second playthrough, we got a different first mission: Written in the Stone.

For this mission, Huey has cataloged runes and carvings. The rune stone by the church might hold the key to finding the sword.

The app asks us what the first letter of the first word on the stone carving is.

Once we have selected the letter, we can activate Norse Magic to light up the stone.

Hidden symbols then appear in the stone, representing the Loonfjord, where the boat with the sword is shipwrecked.

See, the way to win a viking’s heart is of course through triumph in battle. But they got tired of guarding the great hall after so many centuries and decided to take up playing cards instead. They’re quite fond of a fantasy card game called “Valhalla: The Cardening!” Louie’s pretty good at cards… and also good at cheating, and he needs our help to go pick up his forged extra-powerful cards so he can win the Vikings over.

At the KidCot Station, we consult a Cast Member with a secret phrase and get our card!

Louie even says we get to keep it as a little souvenir. Fans of the now-defunct Sorcerers of the Magic Kingdom will recognize the card’s design.

Good news: Gyro has created a robot that’ll help detect the sword and bring it to the ducks! But of course, they need our help once again. After the disaster of their first robot, Dewey’s pretty surprised Scrooge made him build another, but this time it’ll be okay. Despite the fact that he behaves mischievously and looks exactly like a culturally sensitive Norse doll (their words, not ours).

We’re sent outside to the red building of The Fjording to find it.

Lo and behold here he is, in the window!

His head pops open to reveal the robot… but we also find out Hecka has taken control and made him one of her minions.

Mission: The Sword in the Cards!

The ducks have finally located the shipwreck, out by the castle! Back when the Vikings stole the sword, the water came all the way up to the base of the castle.

It’s time to head to the waterfall.

We’re asked some questions about The Fjording (everything really seems to take place around this shop) once we get over to the falls.

Hecka’s ready to challenge us to a spirited card battle, just like the Vikings of old.

Huey distracts Hecka with the card game while we inspect the waterfall.

The water parts, revealing the sword!

And thus she’s defeated, and Scrooge takes the sword. Perhaps it’ll go well with the Faber-Jay egg we saved over in France.