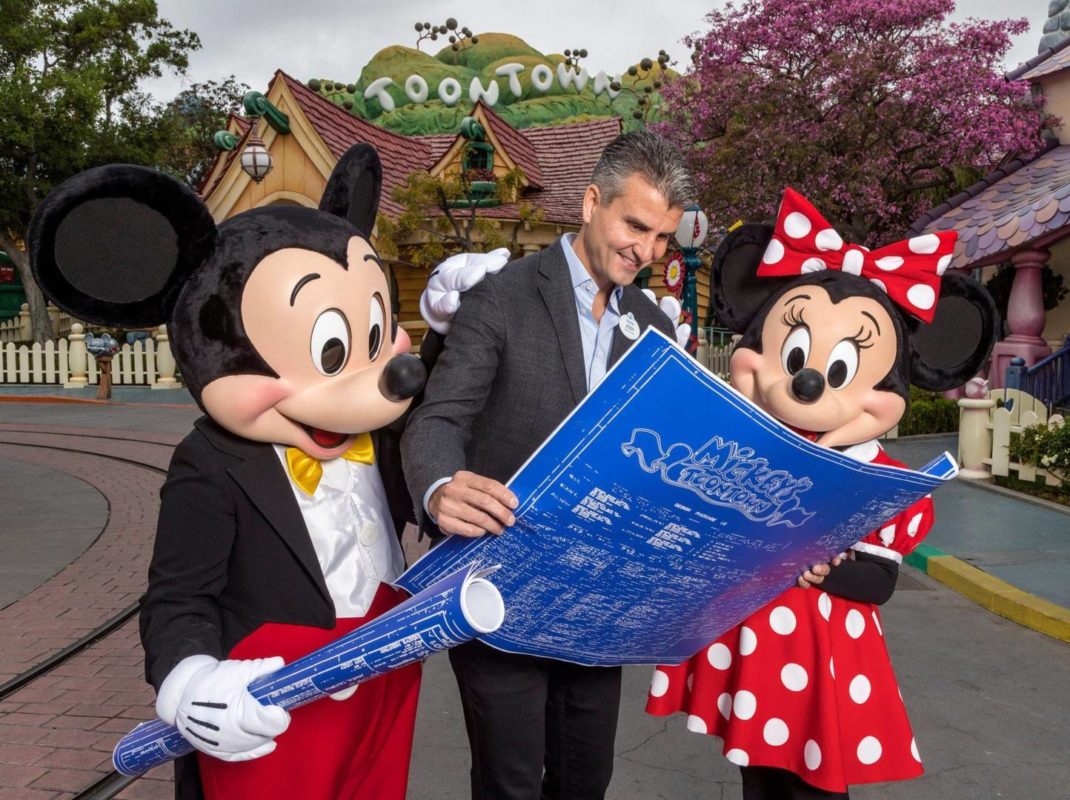 After a slew of changes was announced for Walt Disney World and Disneyland Resort this afternoon, Disney Parks Chairman Josh D’Amaro gave an interview with the New York Times. The changes, which included bringing back free parking and easing reservation requirements, have been well received by fans.

Some applauded the changes as a result of the return of CEO Bob Iger, who took over when Bob Chapek was fired last November. D’Amaro was quick to disagree — and take a little credit for the decisions.

“This is not necessarily about a change in leadership,” Mr. D’Amaro said. “I have a lot of face-to-face conversations with guests when I’m walking the parks, and I read a lot of their comments online.

“If you move a tree, if you change a procedure, if you start asking for reservations — that’s a big deal to our guests,” he added. “They care. They really, really care. And if people care that much, then I have an obligation to listen and, when appropriate, to make some changes and modifications.”

Frequent WDWNT readers may notice those sentiments echo soundbites from Chapek last year. The former CEO made comments about needing to “listen to the audience,” and observed how fans notice if they “move a churro cart.” D’Amaro reportedly almost quit during Chapek’s stint as CEO.

One of the changes at Walt Disney World will bring complimentary on-ride PhotoPass digital downloads as a new perk for Disney Genie+. The FastPass+ replacement is often a complaint of fans, who resent having to pay for a previously free program.

“We believe in the Genie product, which has been incredibly popular, but we’re going to continue to look at ways to add more value,” Mr. D’Amaro said. Past earnings calls have revealed that approximately 50% of Walt Disney World guests purchase Genie+.

Some rumors indicate that D’Amaro may be trained as a replacement for Iger at the end of his two-year contract.