D23’s Destination D: Celebrating Mickey Mouse event today at Walt Disney World was full of official announcements, including confirmation of some long-rumored shows and attractions. Below is a recap of the day’s big news. 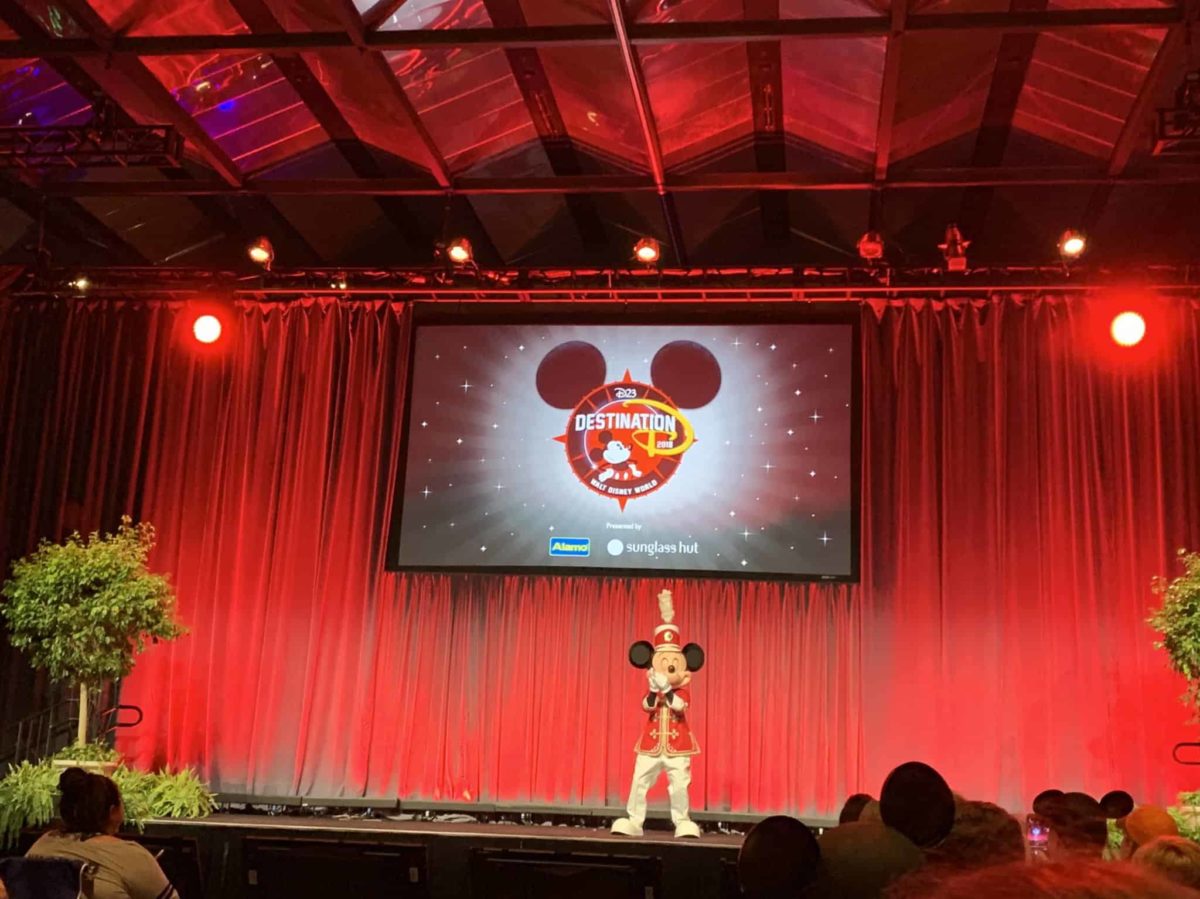 Disney Parks, Experiences and Consumer Products Chairman Bob Chapek gave us some exciting news regarding the upcoming and highly anticipated attractions and shows that will be coming to the Disney Parks soon.

We were treated to an exclusive look into Star Wars: Galaxy’s Edge, including seeing inside the two signature attractions and hearing the score created for the land by John Williams for the first time. We also got a chance to see the many ways Disney Parks will celebrate everyone’s favorite mouse as he celebrates his 90th birthday this year. The Disney Skyliner Gondolas were on display, as well as updates to the #ShareYourEars campaign. Finally, many additions and changes to Epcot were confirmed, including updated films, new experiences, and the replacement to Illuminations.

To quote Bob Chapek: “We are currently in the midst of one of the most extraordinary periods of expansion in our history. We are always pushing the boundaries of what’s possible as we deliver world-class experiences and attractions, new hotels and entertainment, itineraries and destinations for our guest.”

Star Wars: Galaxy’s Edge is one of the most anticipated updates to the Disney Parks and today, fans had the chance to learn even more. Today, the names and some video previews were revealed. Millennium Falcon: Smugglers Run ride will allow guests to take one of three unique and important roles aboard the famous ship.

The other main attraction, Star Wars: Rise of the Resistance, will let guests join an epic battle between the First Order and the Resistance, including facing off against Kylo-Ren himself. One of the unique components of the land is that it will be interactive and include optional integration with the Play Disney Parks app, allowing for a very immersive experience. 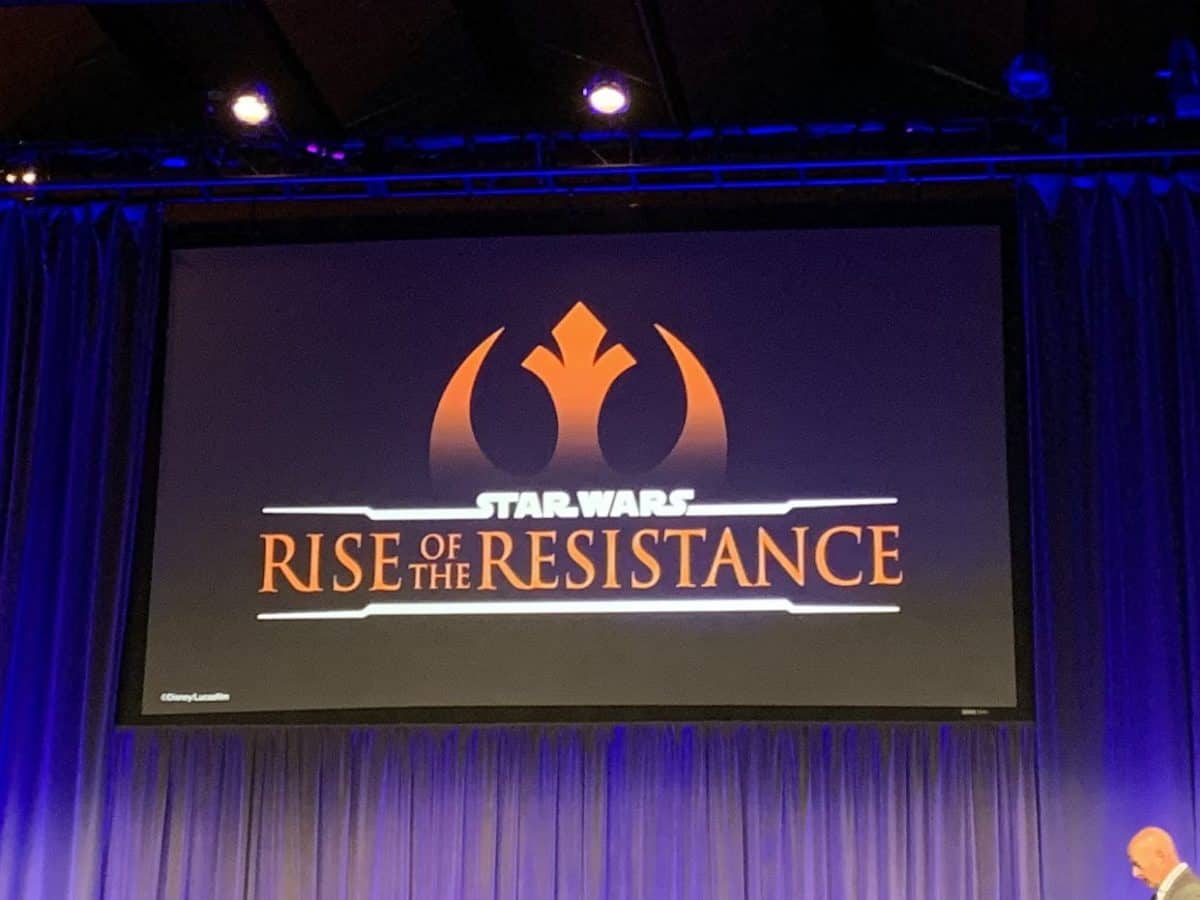 There was also a recording of the new music that will be in Star Wars: Galaxy’s Edge. Academy Award-winning composer John Williams composed the score, with the London Symphony Orchestra recording it at Abbey Road Studios. This was rumored back in September and we got to listen to a few-minute-long preview. 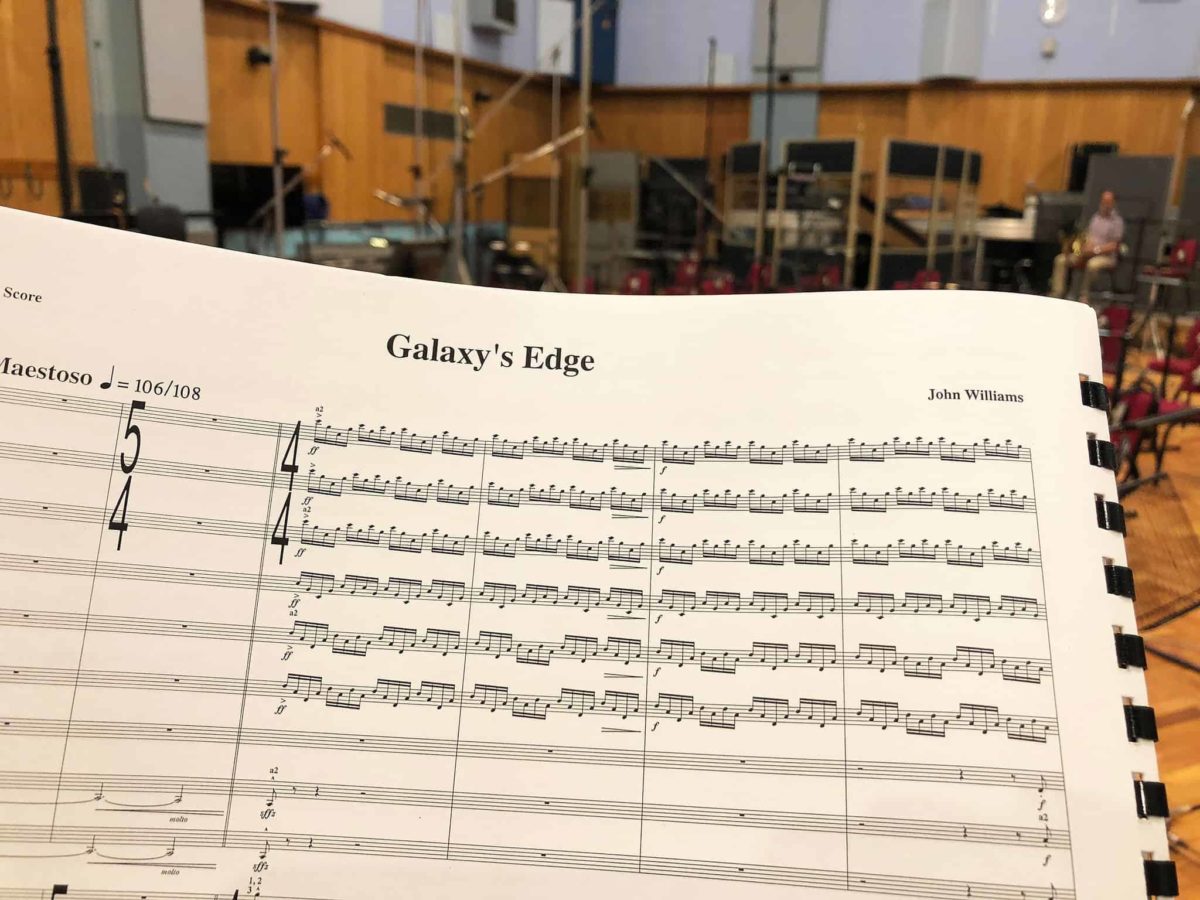 We were able to get a peek at the Star Wars resort that is coming to Walt Disney World. It appears to be a fully immersive, first class hotel. It will mimic a luxury starship and include dining, recreations, and rooms that all appear to be very authentic. You can see all of the concept art here. 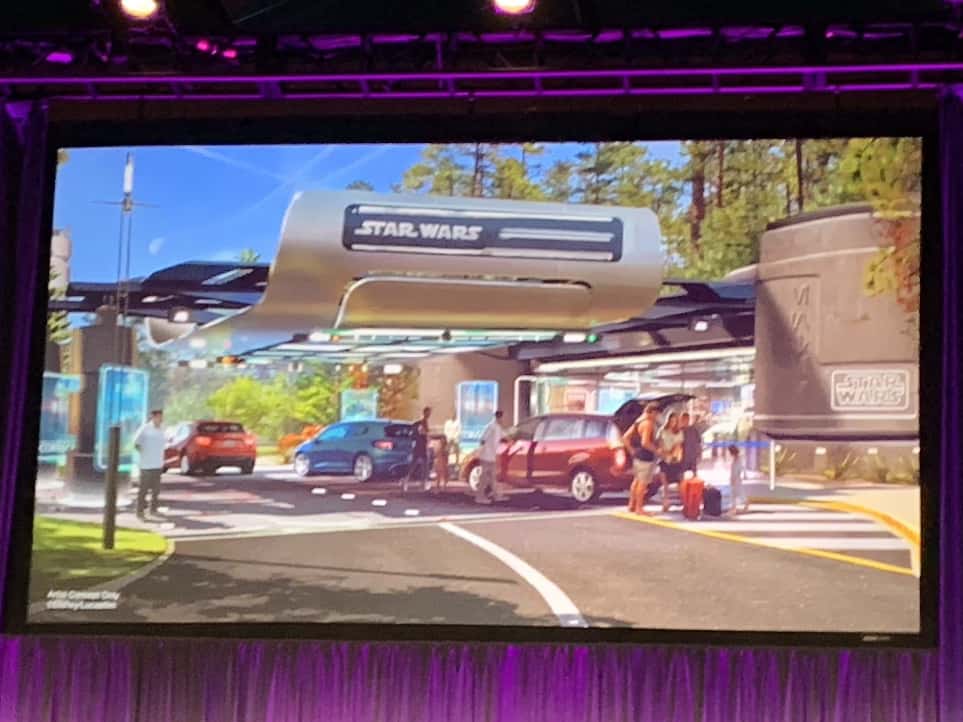 This year, Mickey Mouse turns 90! To celebrate the Mouse who has entertained generations and provides so much joy to this day, Disney Parks has a lot up its sleeve.

A tentative opening season for Mickey & Minnie’s Runaway Railway was set. This attraction is set to open in Fall 2019 and will use cutting-edge technology to take an original story of a 2-D cartoon and turn it into a crazy adventure inside the world of Disney Channel’s Emmy Award-winning “Mickey Mouse” cartoon shorts.

Disney kicked off the World’s Biggest Mouse Party earlier this year in Disneyland, and it will continue with Get Your Ears On-A Mickey and Minnie Celebration. This will include new food, merchandise, and entertainment beginning January 18. That day, Mickey’s Mix Magic will come to the Disneyland Park with music, projections, and lasers that will create an epic dance party that will take over the entire Park at night. 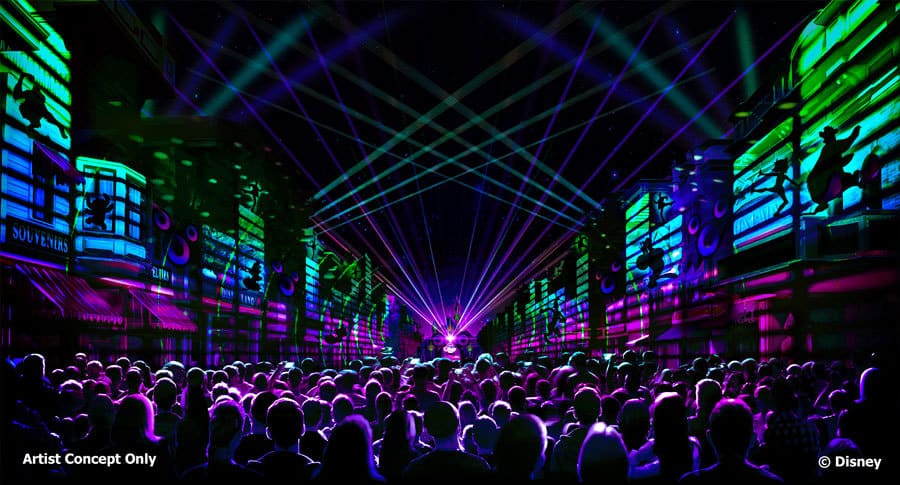 There will be even more excitement when Mickey’s Soundsational Parade returns on January 25, with a new float featuring Mickey! Across the country in Walt Disney World, Mickey & Minnie’s Surprise Celebration will run at Magic Kingdom from January 18 through September 30. This will include new food, merchandise, and entertainment, as well as a new dance party and the ability to meet the birthday boy and Minnie in their new celebratory outfits. 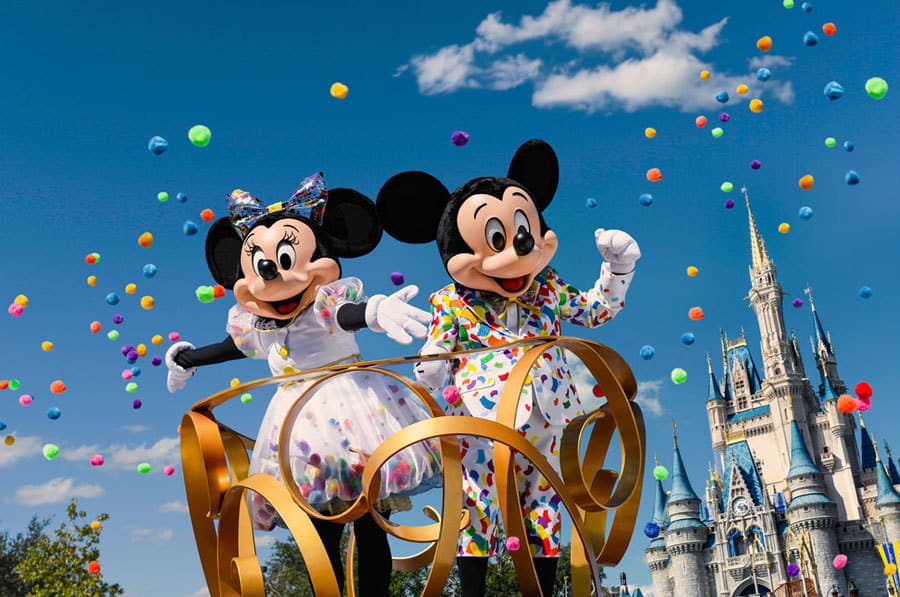 Even if you are experiencing Disney on the high seas, you’ll be able to take part in the celebration. Mickey & Minnie’s Surprise Party at Sea will be an exciting deck party on the Disney Fantasy starting next summer. 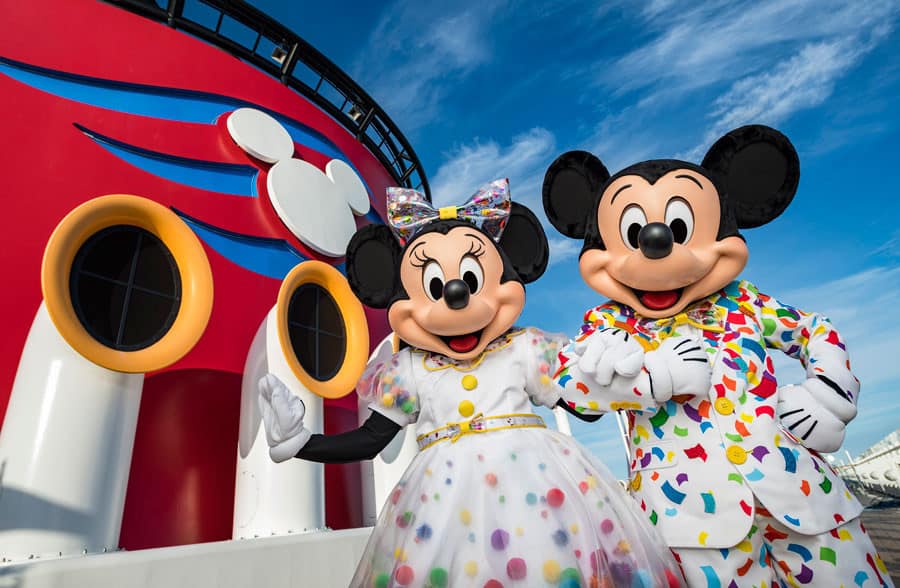 There’s a new nighttime cinematic experience coming to Hollywood Studios on May 1st to celebrate the 30th anniversary of the Park. The Wonderful World of Animation will use top-notch technology to guide guests through a journey of more than 90 years of Disney animation, including the important fact that it was all started with Mickey Mouse. 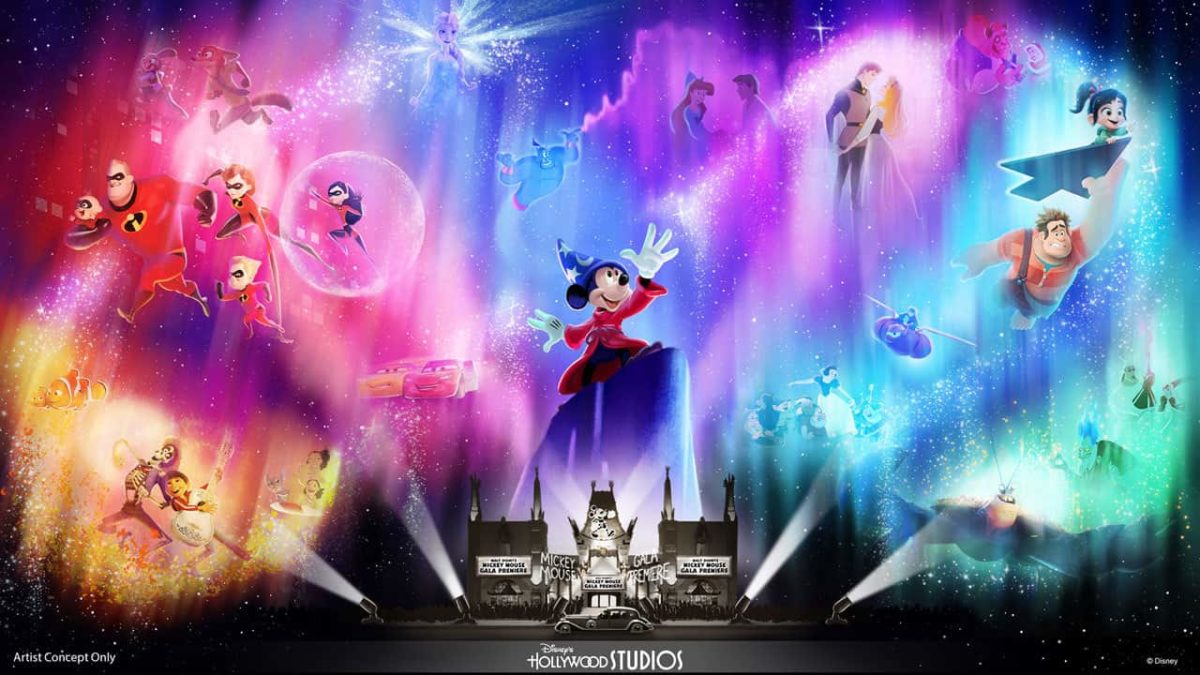 New York City isn’t missing out on the birthday fun, either. Mickey: The True Original Exhibition recently opened and provides visitors with an interactive experience. It shows how Mickey has inspired and impacted pop culture over the years. It runs through February 10, 2019 and tickets can be purchased here.

New Attractions and Experiences at Epcot

Ever since the official confirmation came out about the end of Illuminations, fans have been talking about the replacement. Today, we learned more, including a timetable of when the new shows will premiere. That’s right, shows, as in plural.

Before the major new show debuts in 2020, there will be a limited-time experience premiering in Fall 2019. It’s called Epcot Forever, and will be a celebration of the Park. It will be set to classic Epcot tunes, beginning with a spark of imagination that quickly grows into an epic spectacle of fireworks, music, lighting, lasers, and choreographed, “special effects kites.” 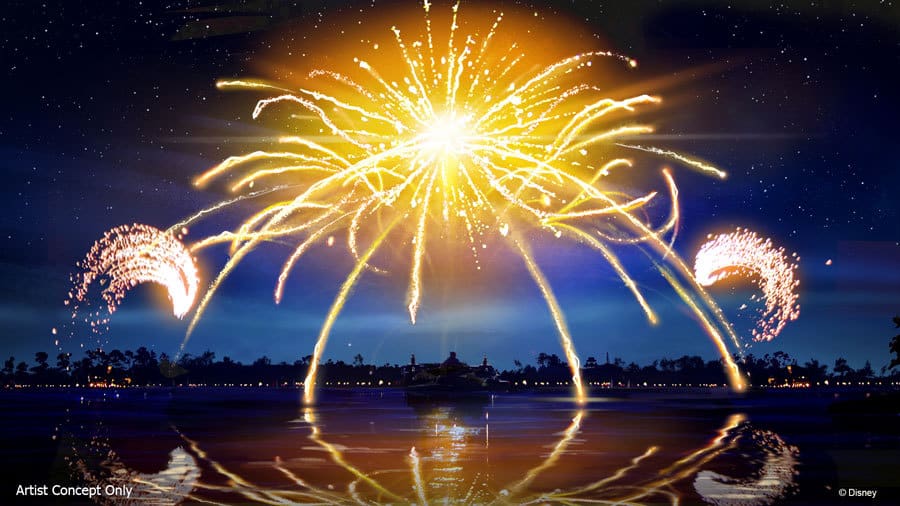 The “official” replacement of Illuminations will debut in 2020. It will be a celebration of how Disney music can inspire people from around the world, featuring massive floating set pieces, custom-built LED panels, choreographed moving fountains, lights, pyrotechnics, and lasers. 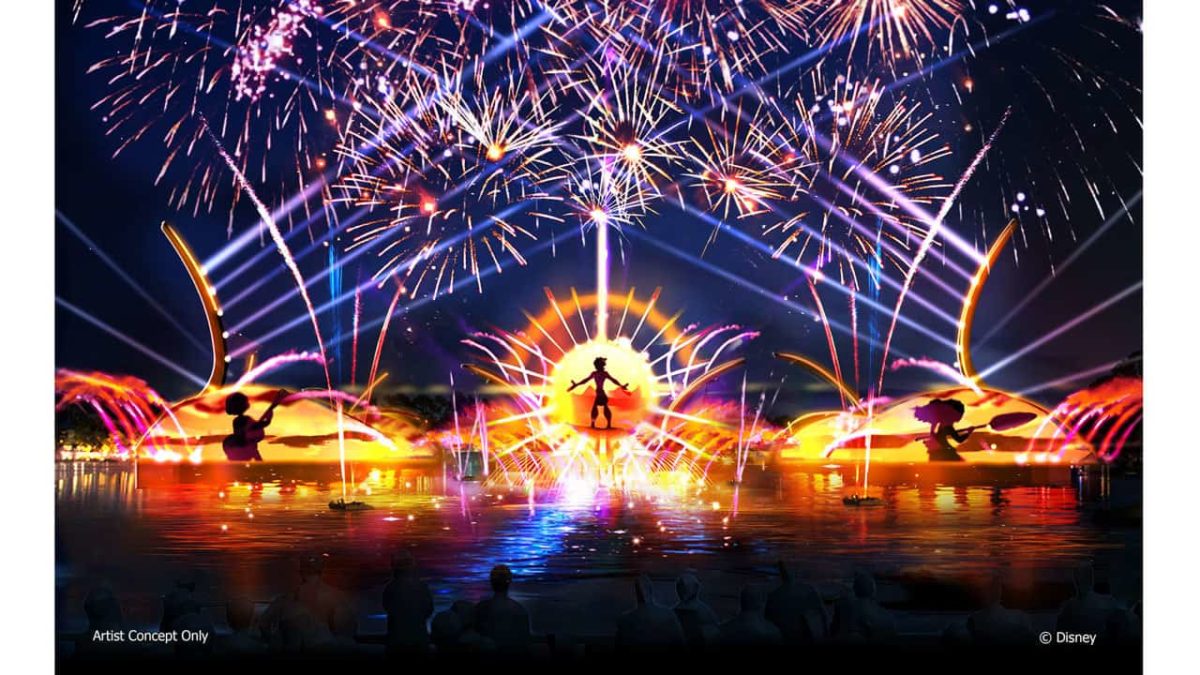 Although the news of the two new nighttime shows drew the most attention, there was some other exciting news for Epcot. The Ratatouille ride at the France pavilion now officially has a name: Remy’s Ratatouille Adventure. 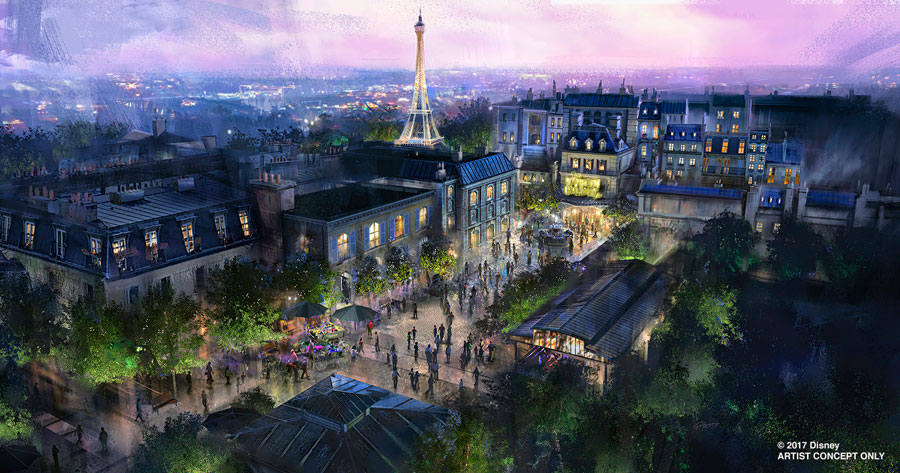 There will also be a new show coming to the pavilion. A Beauty and the Beast Sing A-Long was created by Don Hahn, who produced both the animated and live action films. It will run concurrently with the current “Impressions de France”. 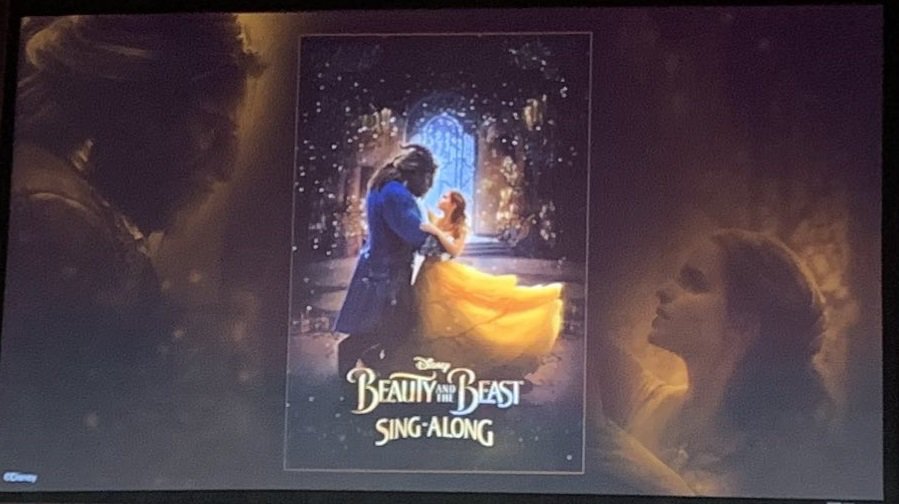 The O Canada! CircleVision 360 Show will also be getting a new film, although nothing was mentioned about the seamless projection screens that were announced for the new China film back at last year’s D23 Expo event. 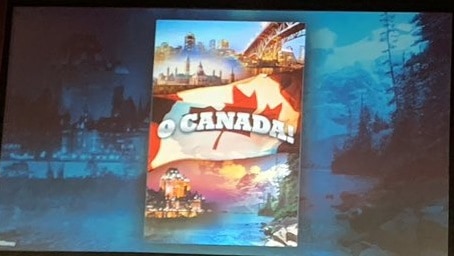 We were also offered some more details about the new deluxe, nature-inspired resort that will feature more than 900 hotel rooms and Disney Vacation Club villas. It will be called Reflections: A Disney Lakeside Lodge, which is much better than the “Disney’s Discovery Lodge” name that was floated in a survey last month. 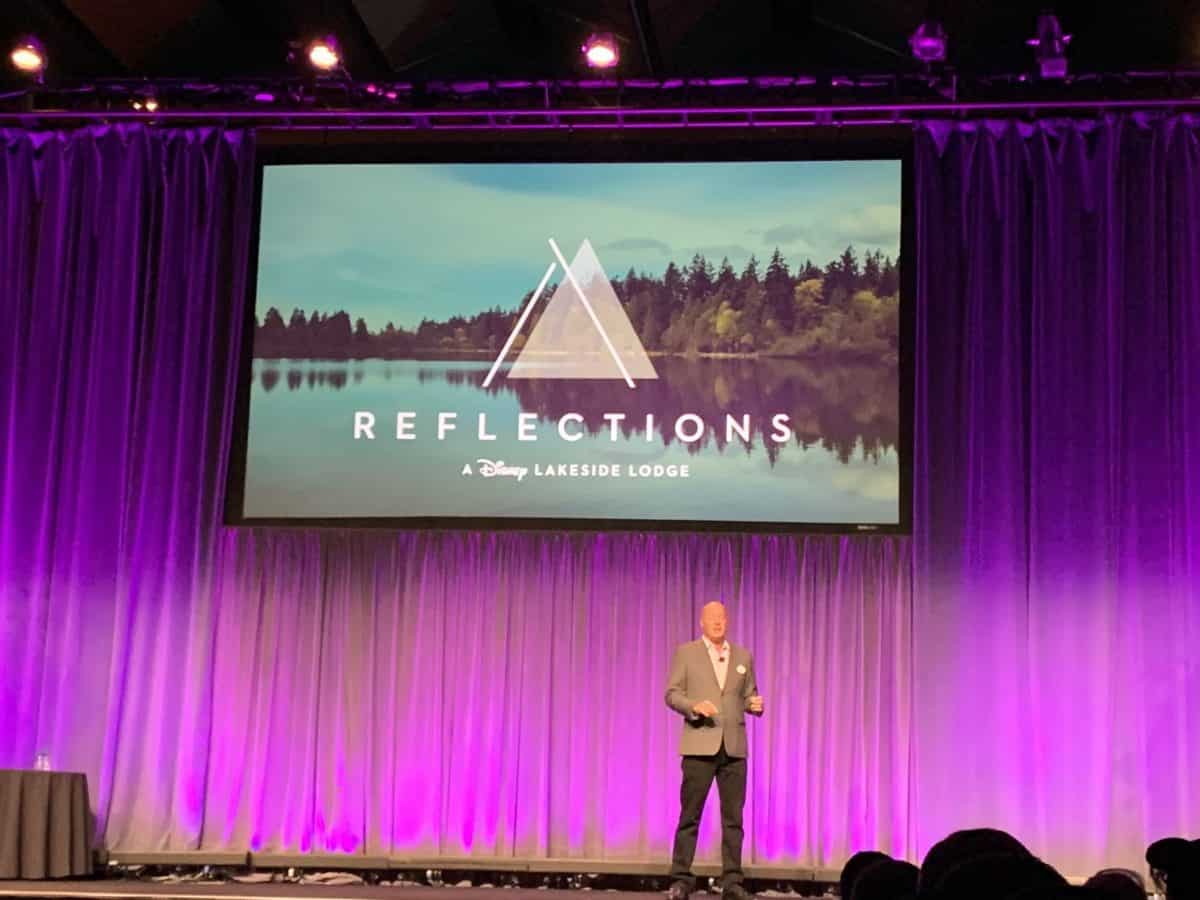 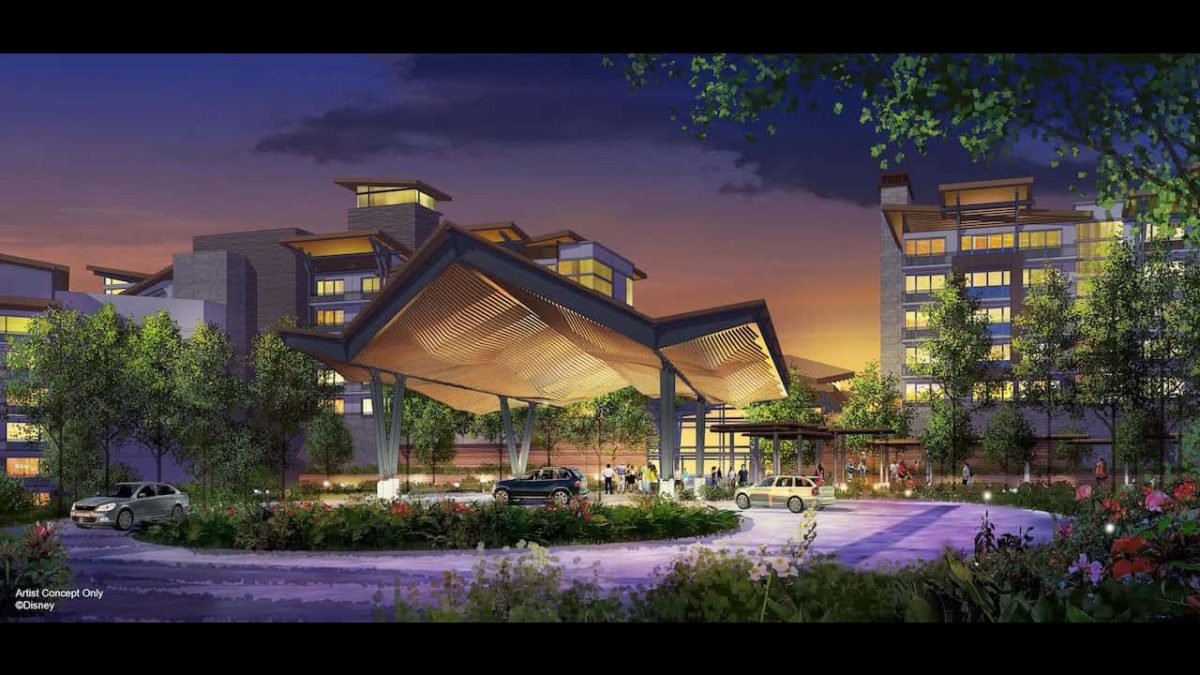 There was also a peek at Disney’s Riviera Resort, which is currently under construction. Inspired by the European grandeur Walt himself experienced in his travels along the Mediterranean coastline, it’s projected to open in Fall 2019 and will be the 15th Disney Vacation Club Property. You can follow along with construction here.

Speaking of the Riviera Resort, which will have a Skyliner station, we got a chance to see an up-close look at a Disney Skyliner Gondola. They’ve been delivering the gondolas and setting up the cables, and it’s been announced the new transportation system will open in Fall 2019. 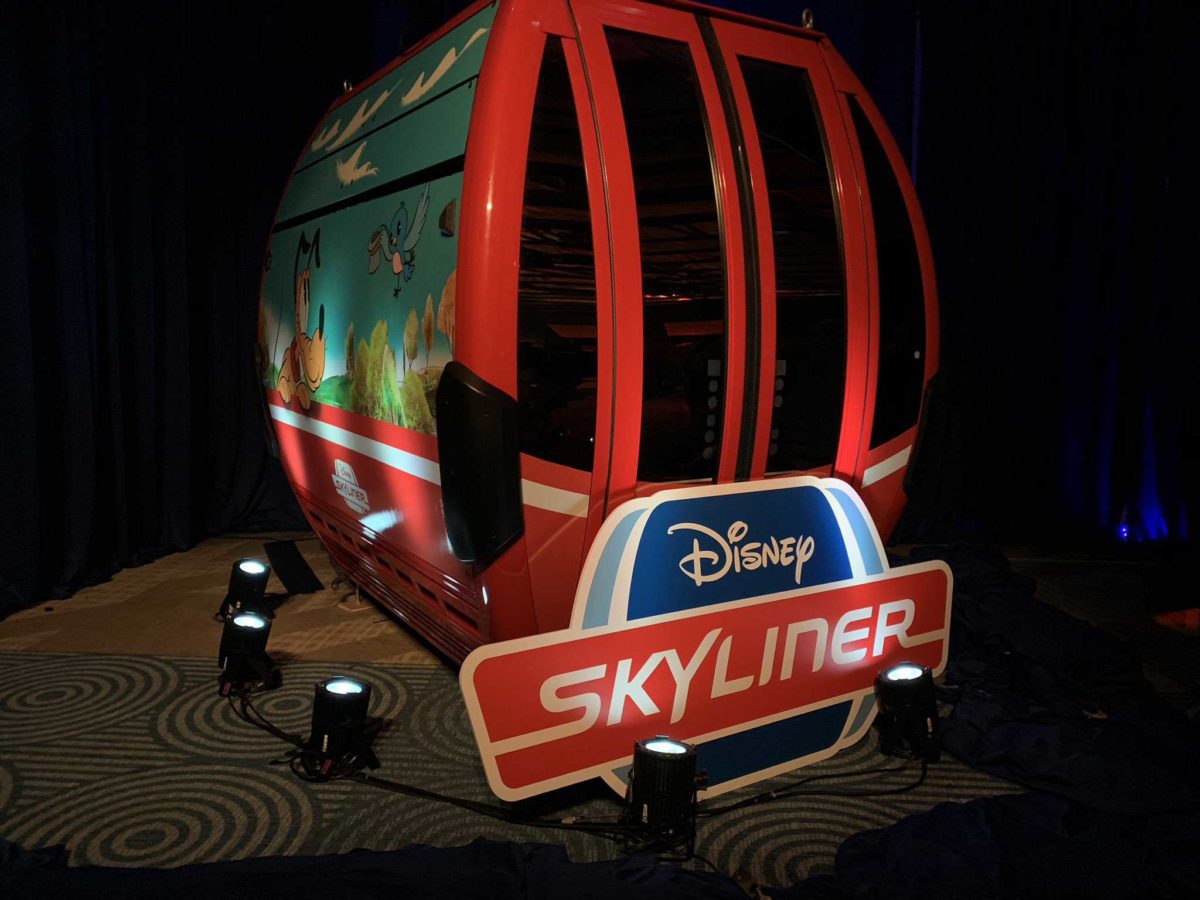 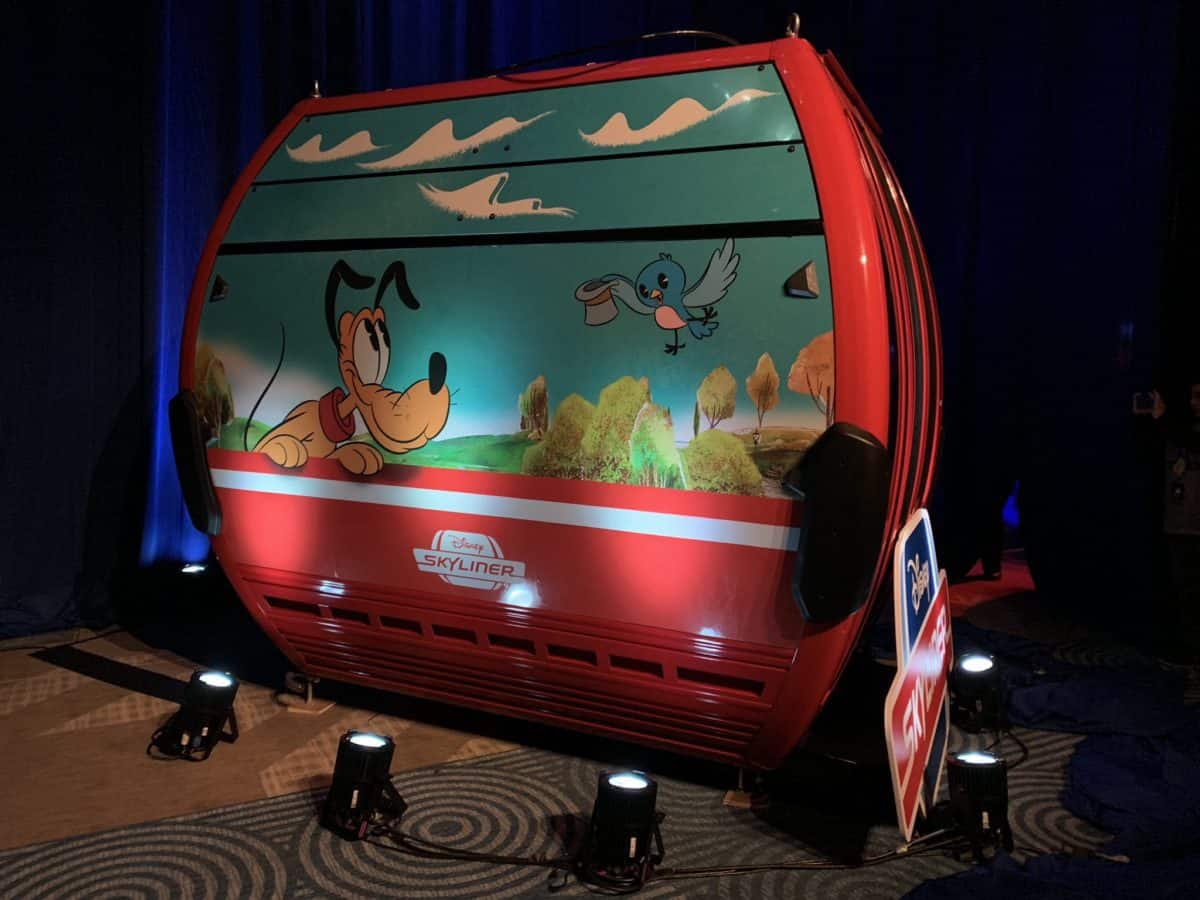 It was a busy day for park announcements and we couldn’t be any more excited for 2019 and beyond at the Disney Parks! We will continue to update you as more information becomes available about any of these fantastic attractions and experiences!