Greetings world travelers, and welcome to EPCOT! We hope you have your passports ready, because we’re about to hit the park. Let’s go! 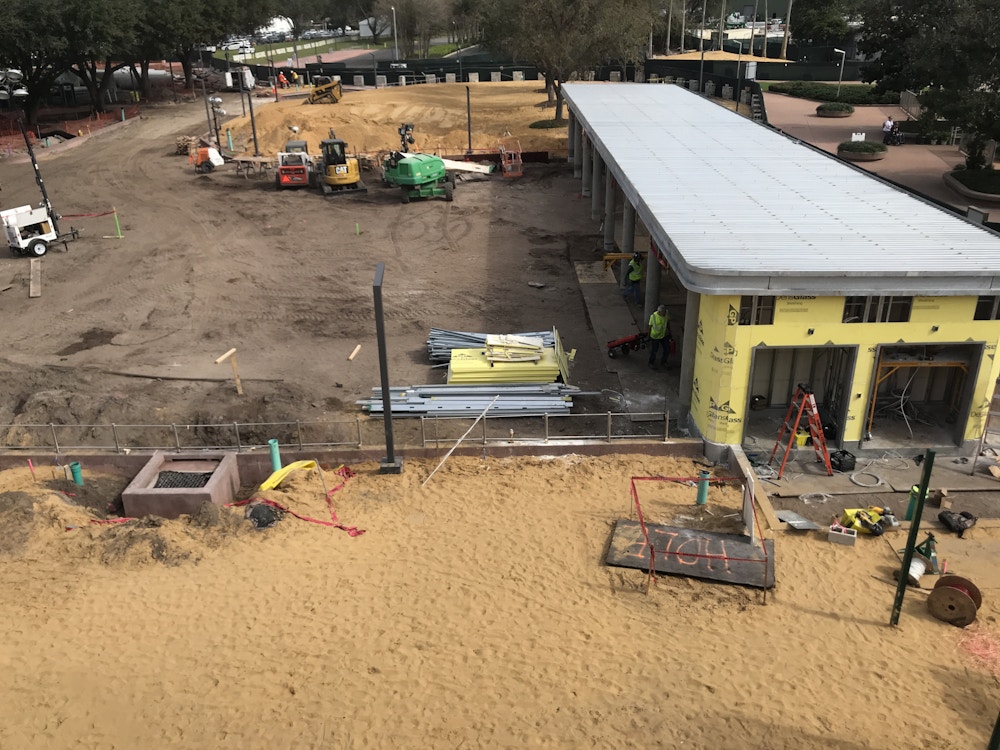 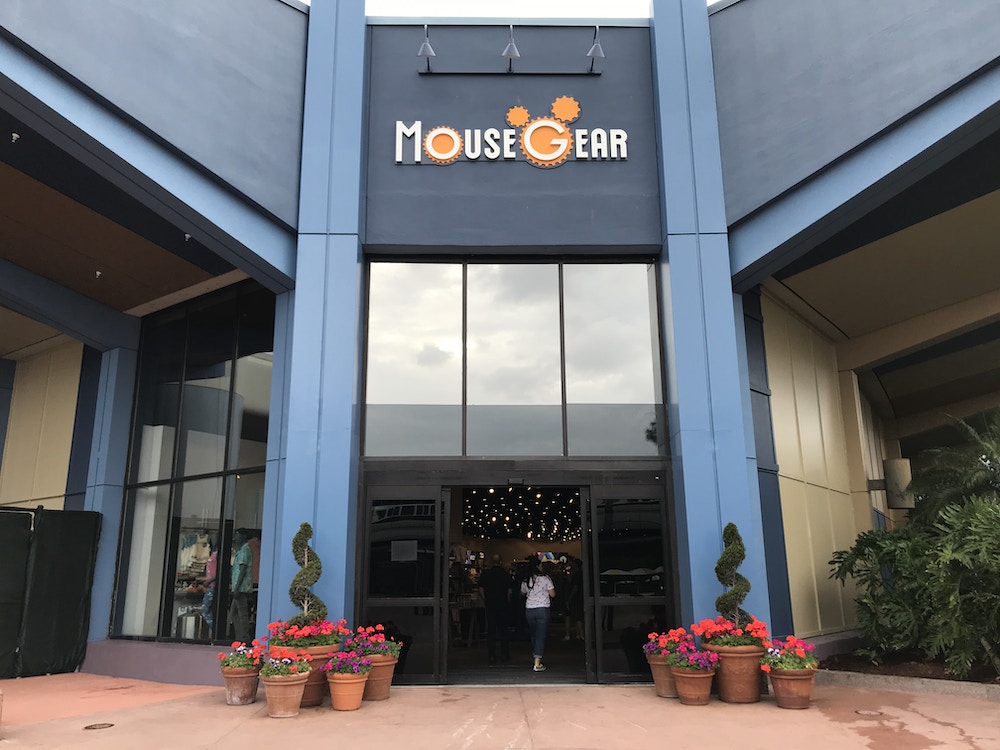 Our first stop this morning was the temporary MouseGear to check for any new merchandise. We noticed a few more pieces from the recently released Mickey and Friends merchandise collection. 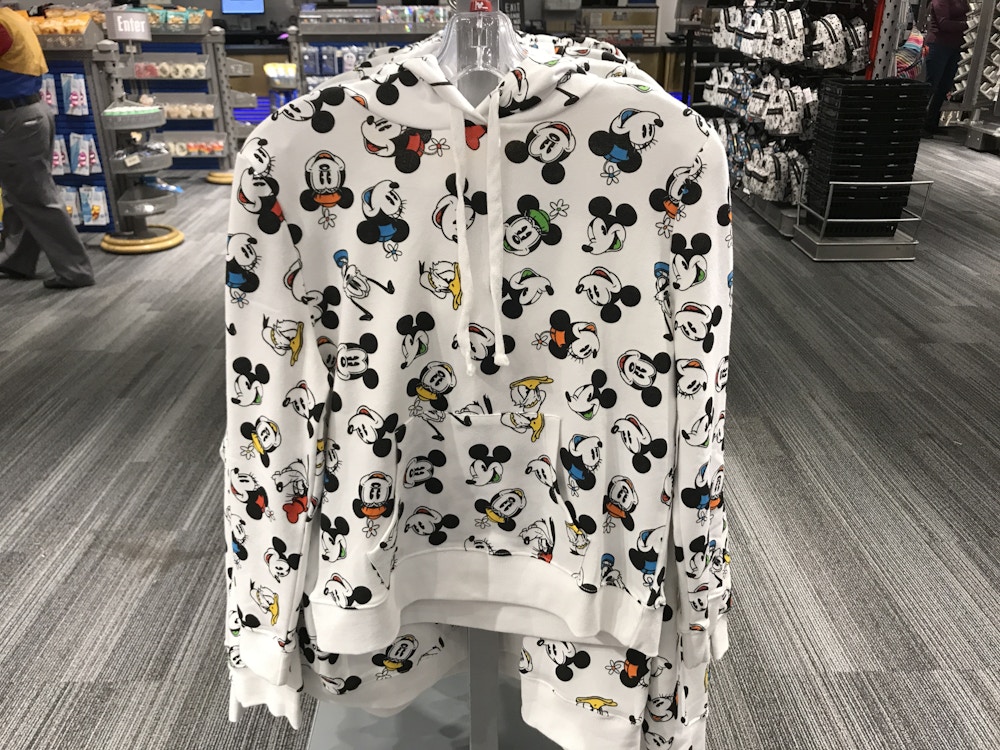 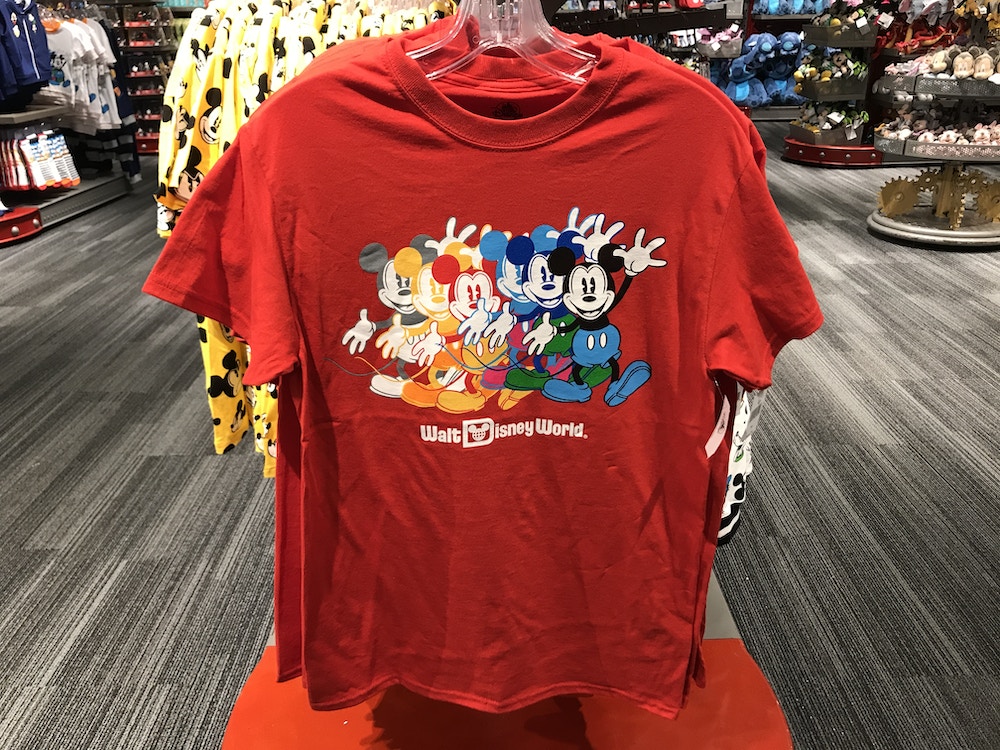 This adult red t-shirt has a repeated image of Mickey alongside the original Walt Disney World logo. It costs $24.99. 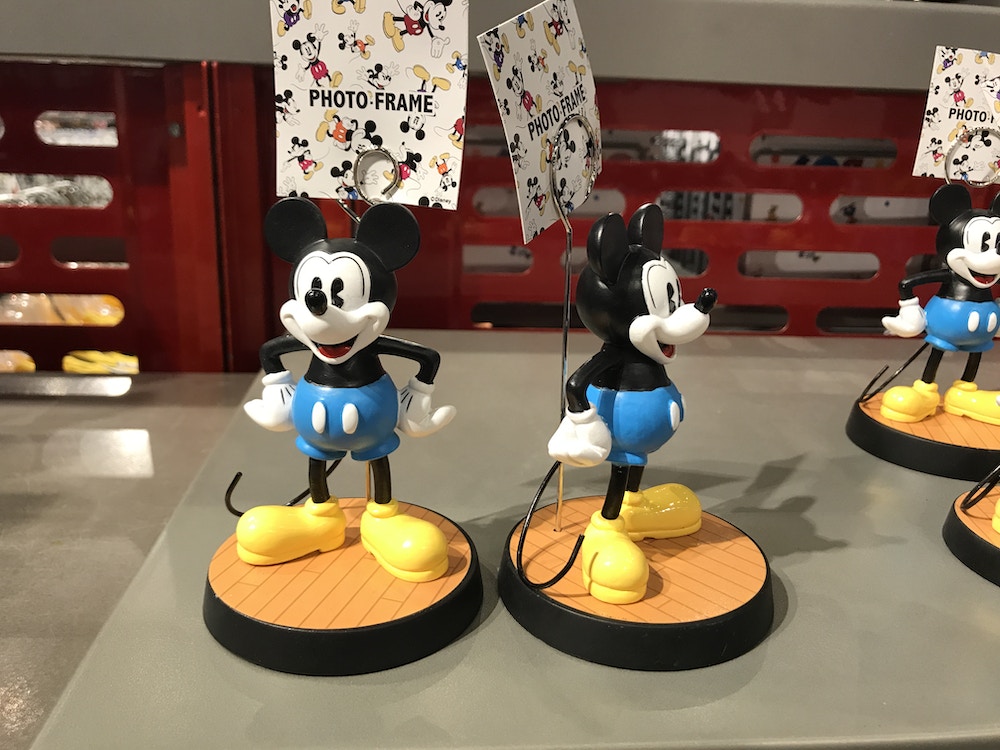 There’s a Mickey photo frame to match the Minnie one we found a few days ago. It’s $16.99. 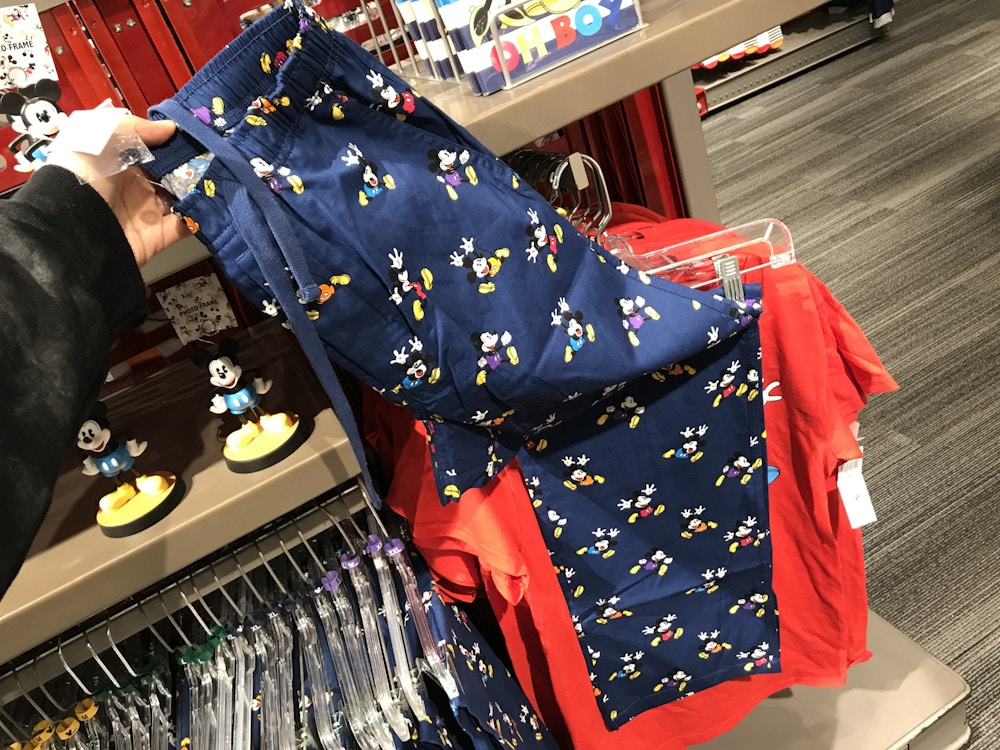 These navy pajama pants are covered with Mickeys excitedly scurrying around. They’re $36.99. 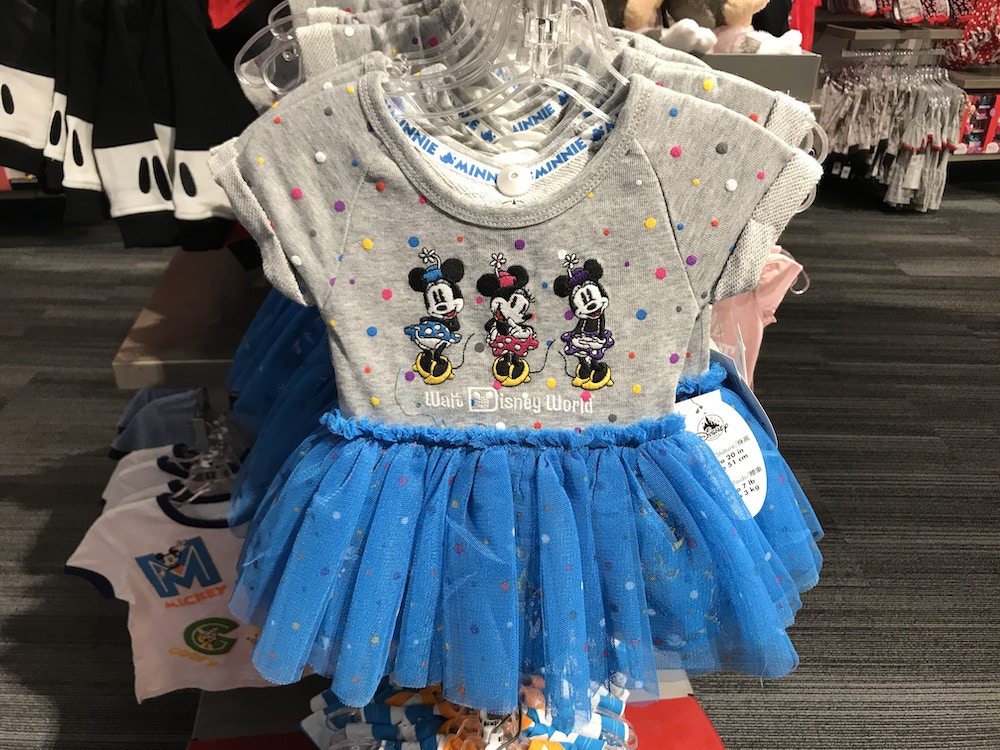 We found a new girls baby onesie. It’s gray with polka dots and embroidered Minnies on the front. It has a blue tutu skirt. The onesie retails for $29.99. 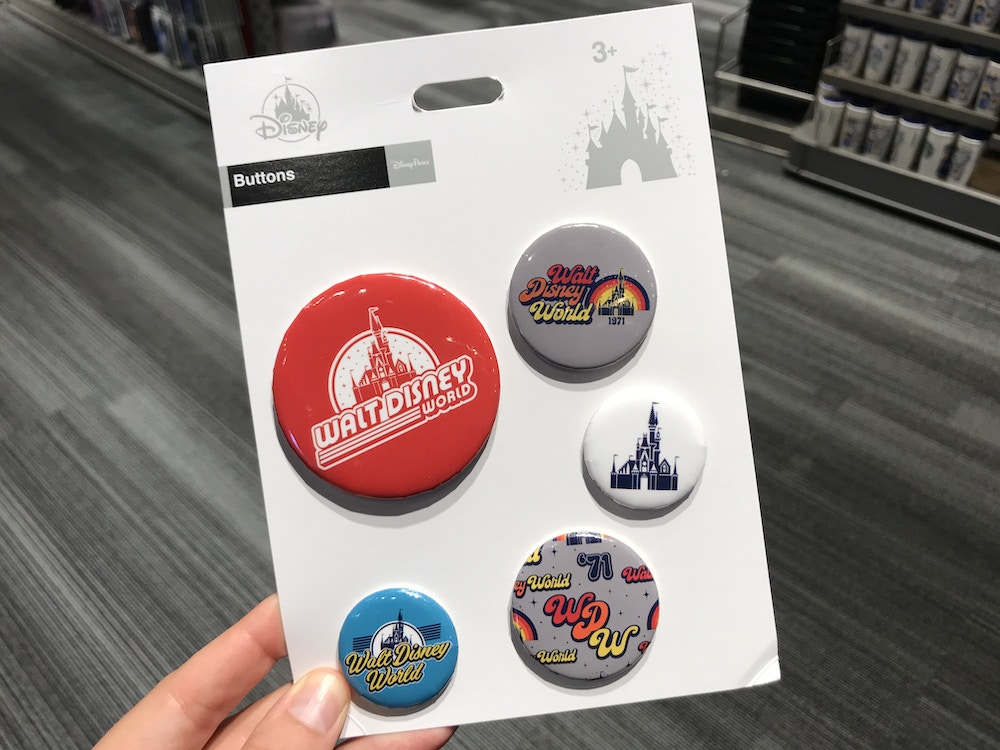 We also came across a retro Walt Disney World button set for $9.99. 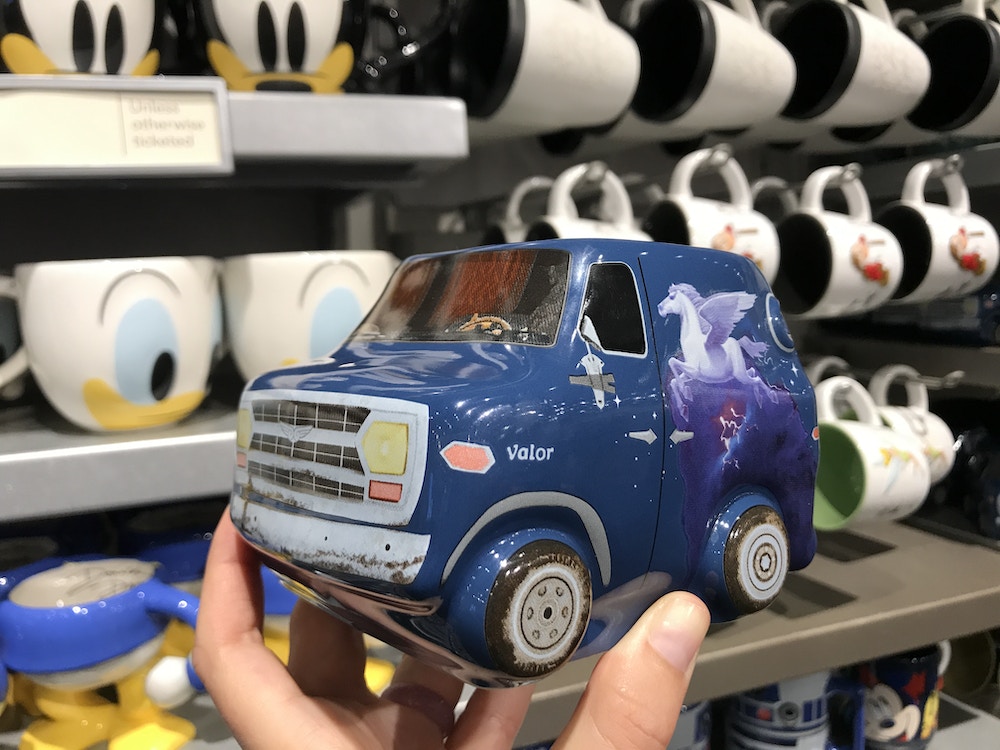 The new van mug inspired by the upcoming PIXAR film “Onward” has arrived at MouseGear. They’re $19.99. 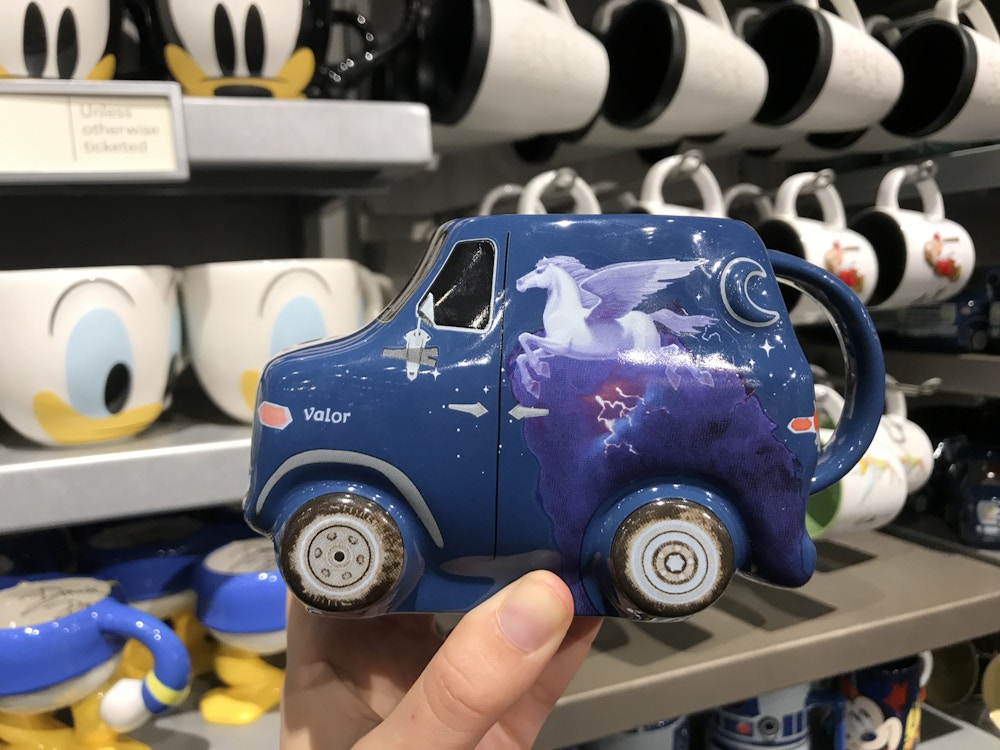 If you want one, grab it now; we hope that they won’t get pulled off the shelves due to the recent controversy surrounding the van’s design… 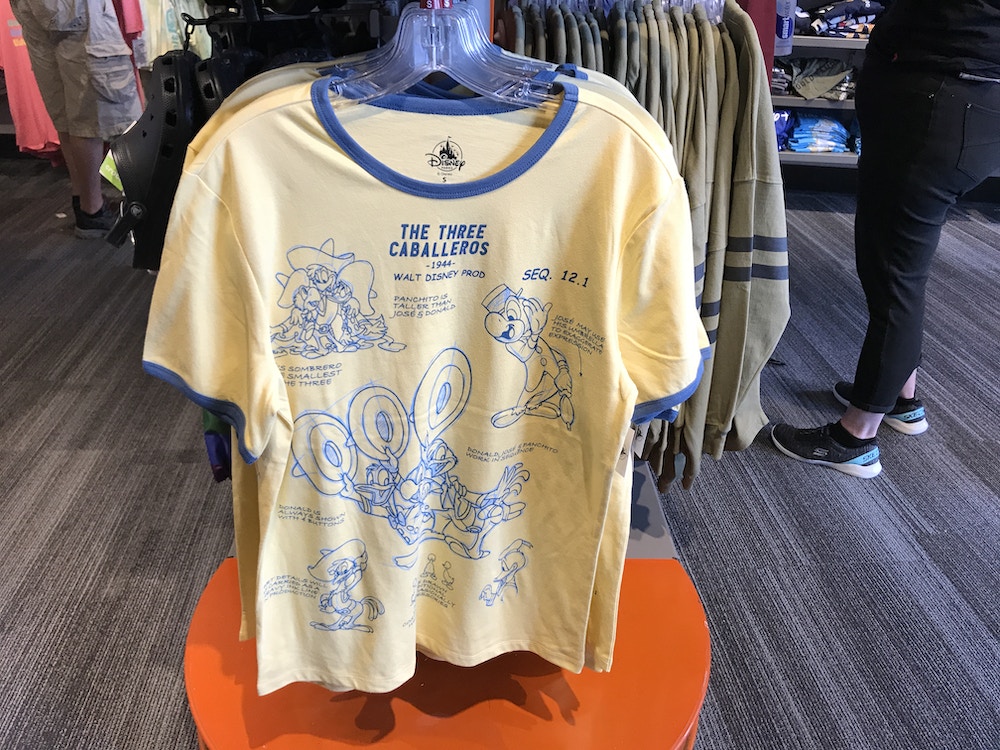 We also spied this new “The Three Caballeros” shirt. It’s one of the first apparel items from the Ink & Paint collection to reach Walt Disney World. The full collection recently arrived at Disneyland. We’re hoping it gets here soon! 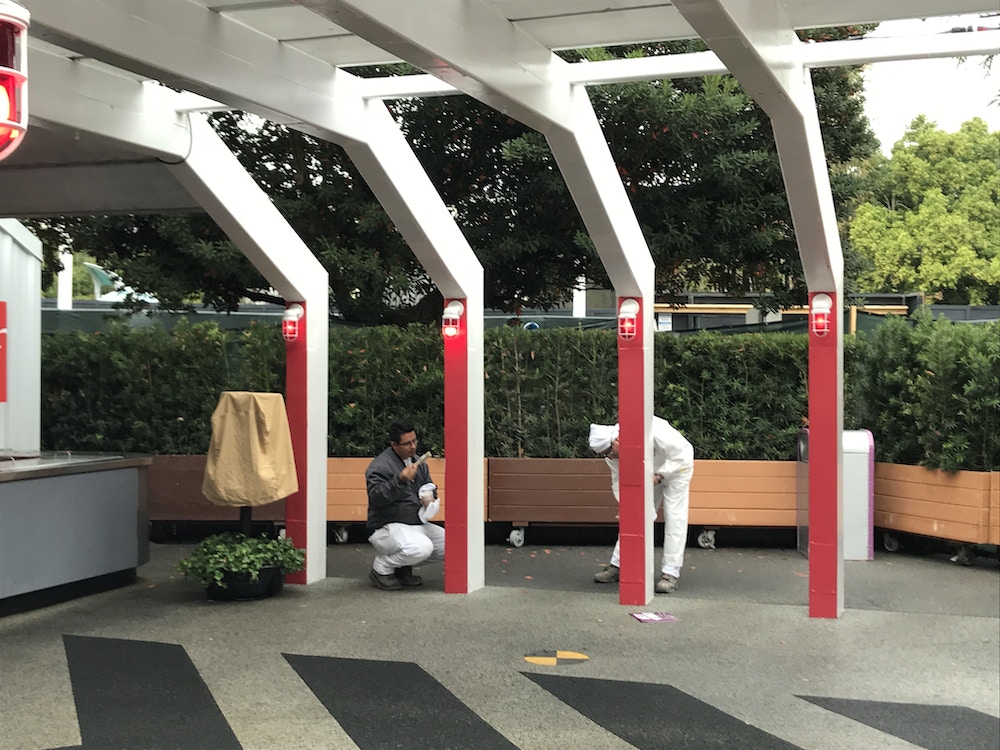 Cool Wash received a much needed fresh coat of paint. 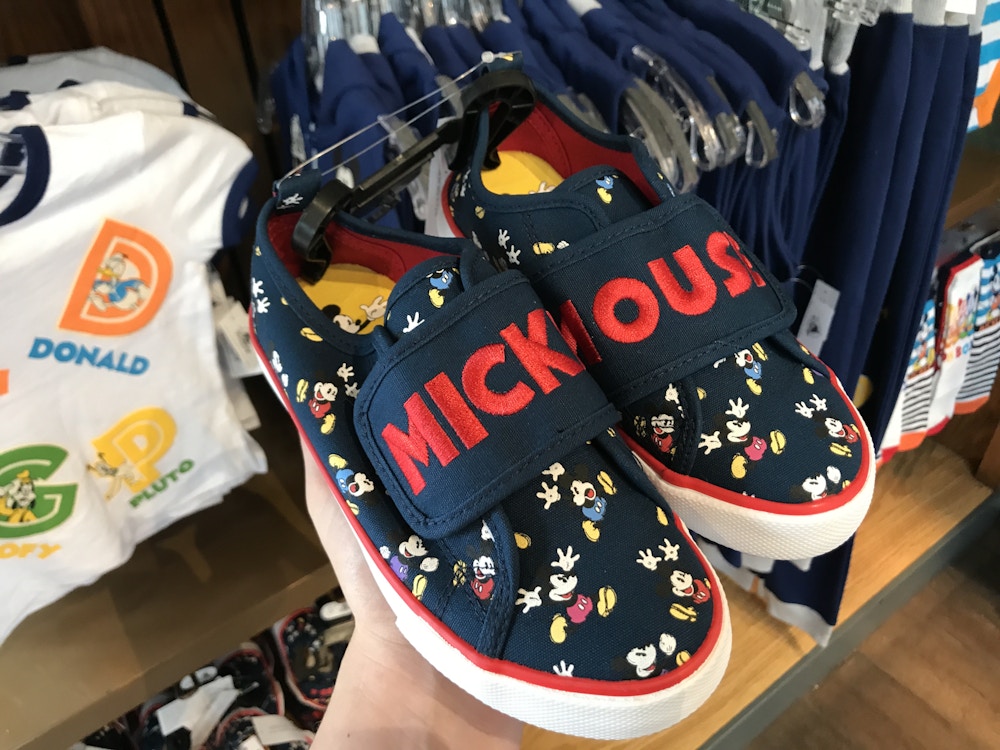 Just when we thought we had seen all of the new Mickey and Friends merchandise, we found kids shoes from the collection at Disney Traders. The navy shoes are covered in vintage style Mickeys and large Velcro straps that read “Mickey Mouse” in red. They’re $29.99. 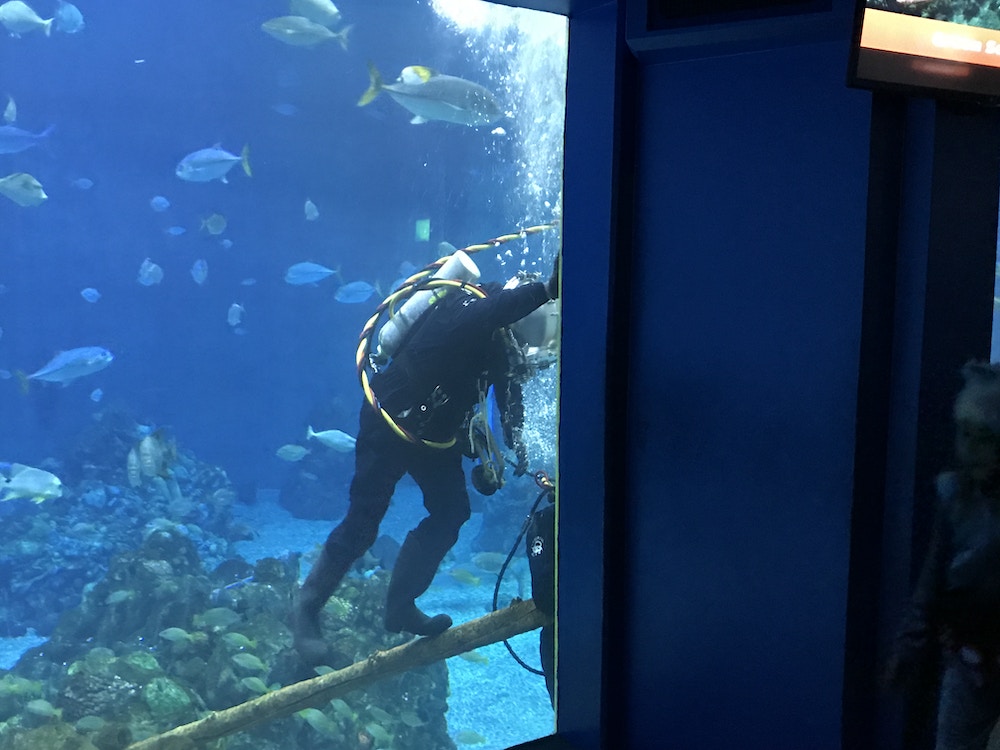 Over at The Seas, frames around the windows were being installed by some divers. 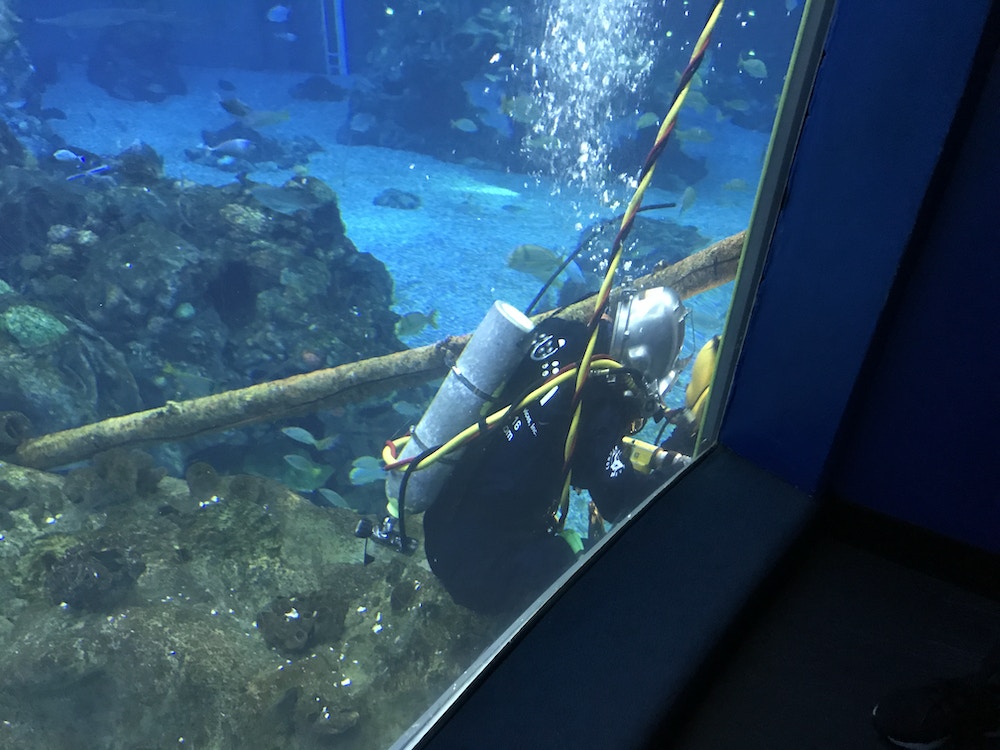 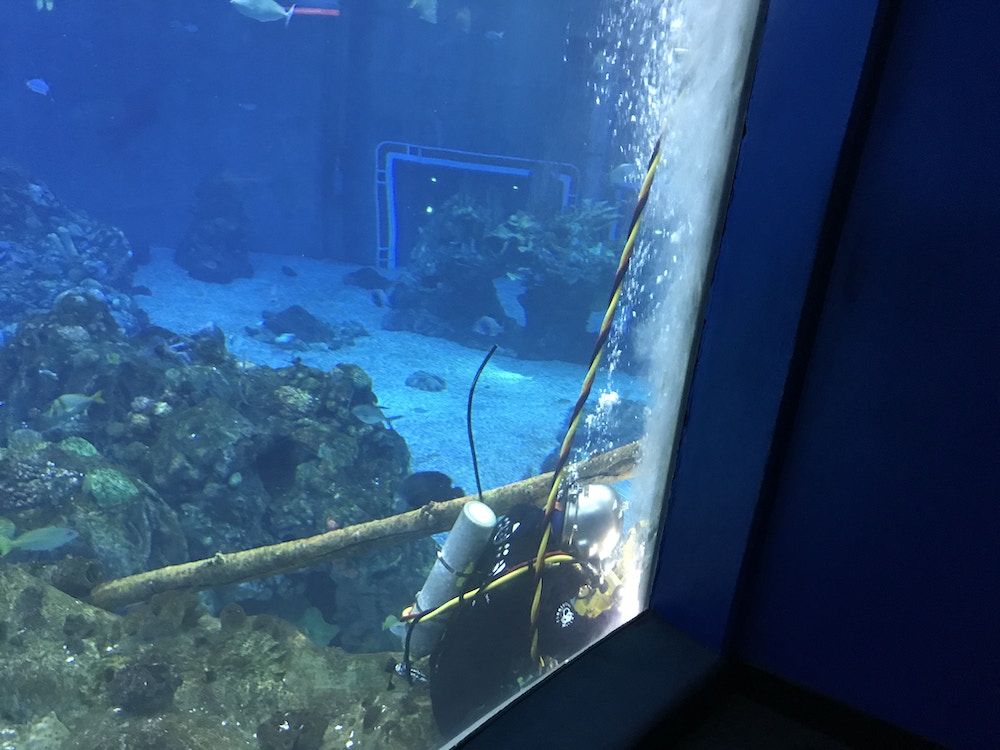 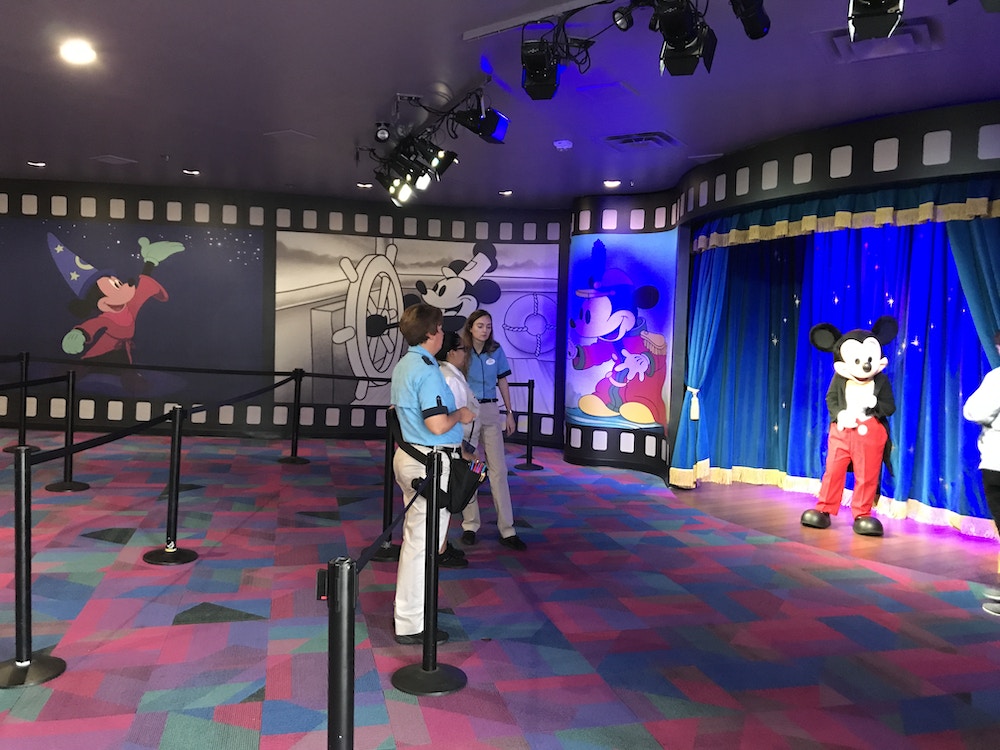 At the Imagination! pavilion, there was no wait to meet Mickey or Joy. 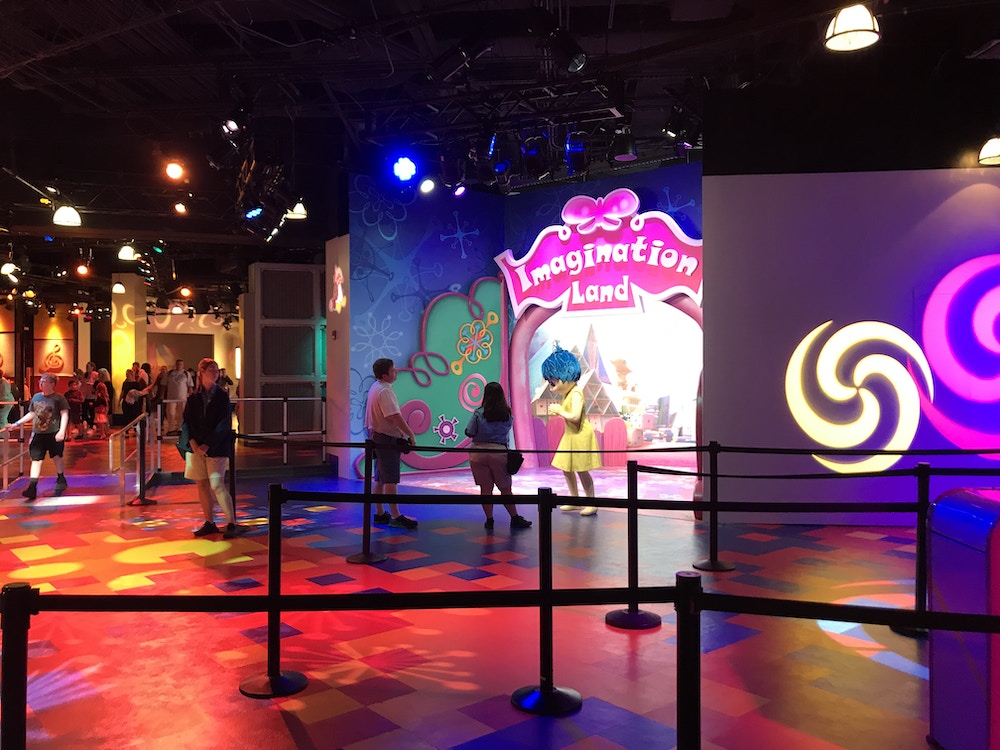 They both looked a bit lonely. 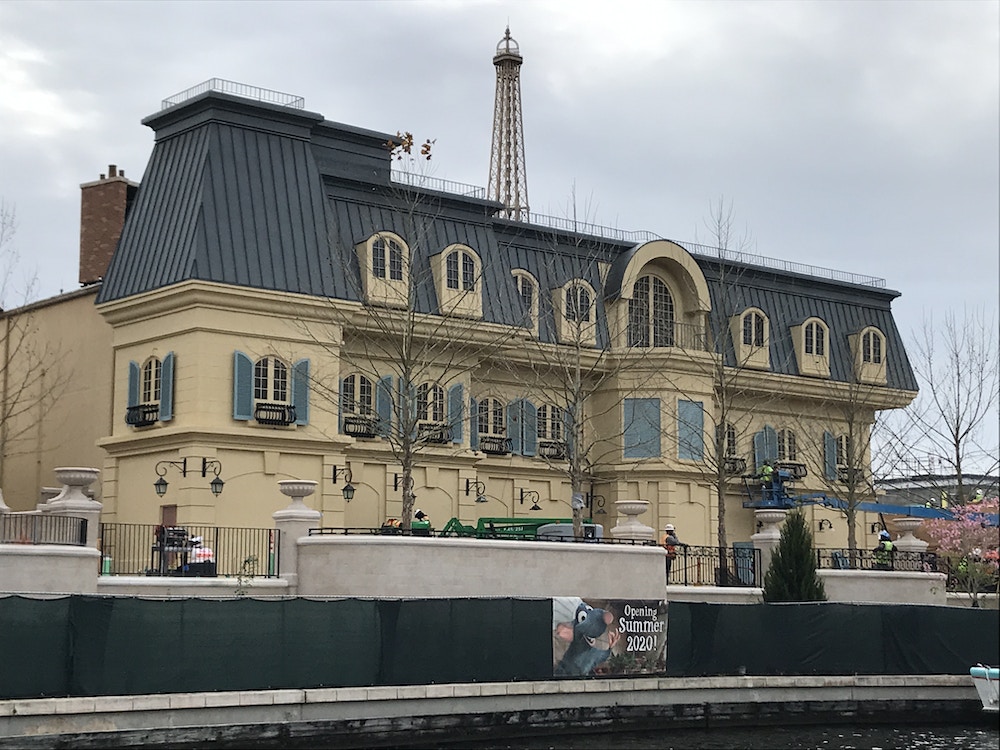 At the France pavilion expansion, lights were being added to the side of a building. 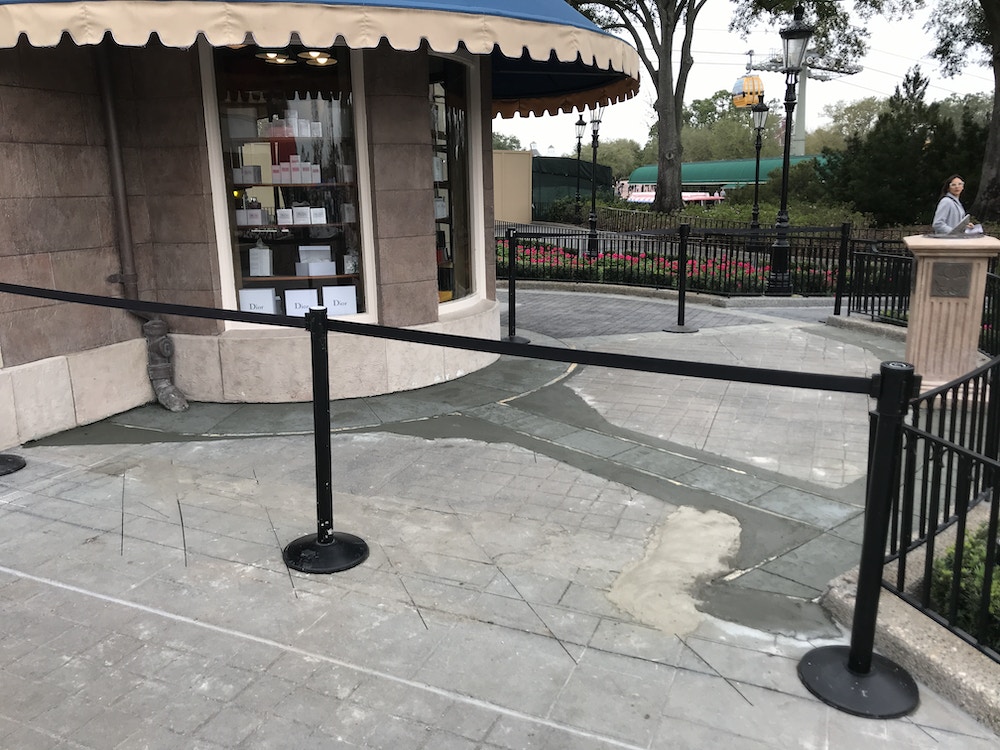 A section of the walkway was roped off due to concrete repairs. 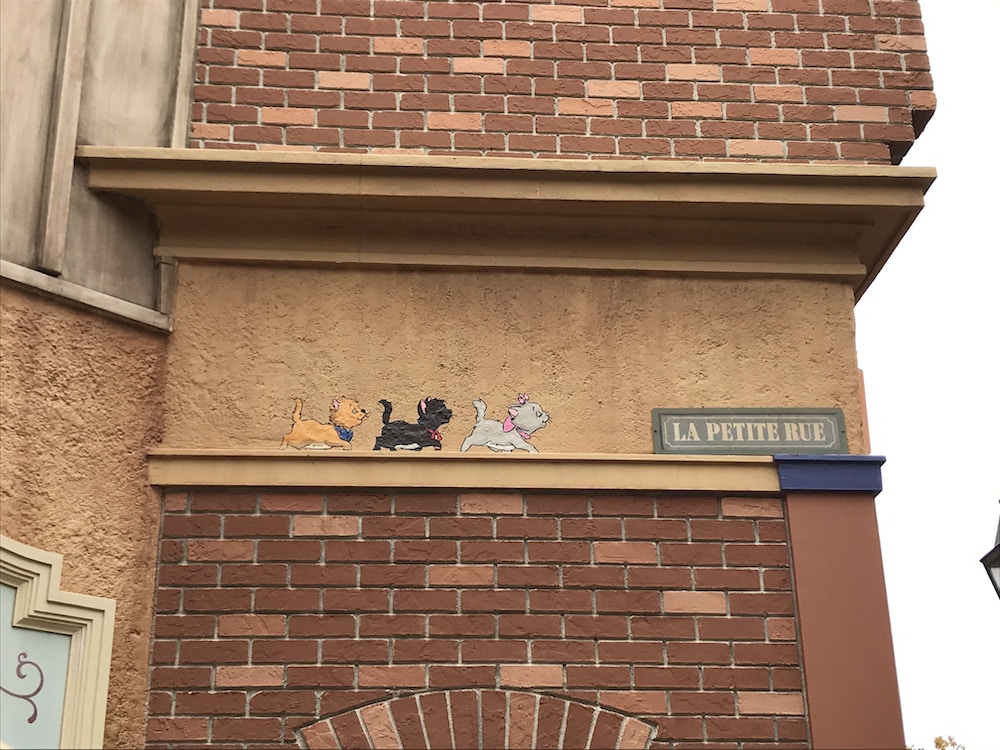 If you look up in the France pavilion, you may spot some familiar faces. We spotted Marie, Berlioz and Toulouse from “The Aristocats” strutting across a building’s ledge. They’re just some of the many character decals currently around World Showcase for Festival of the Arts. 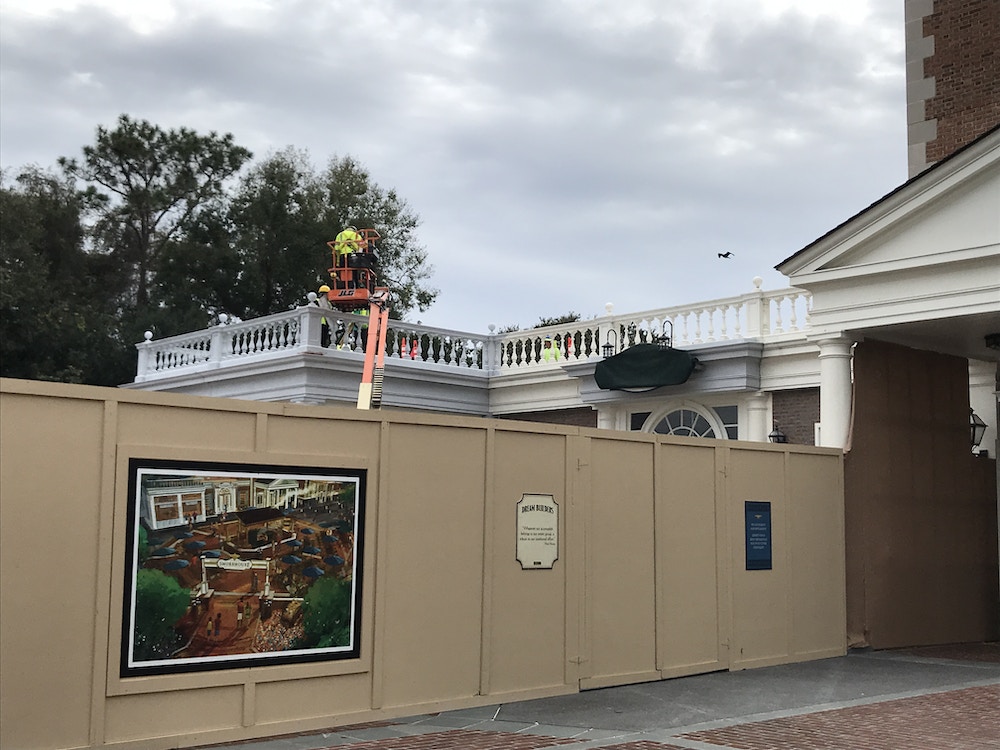 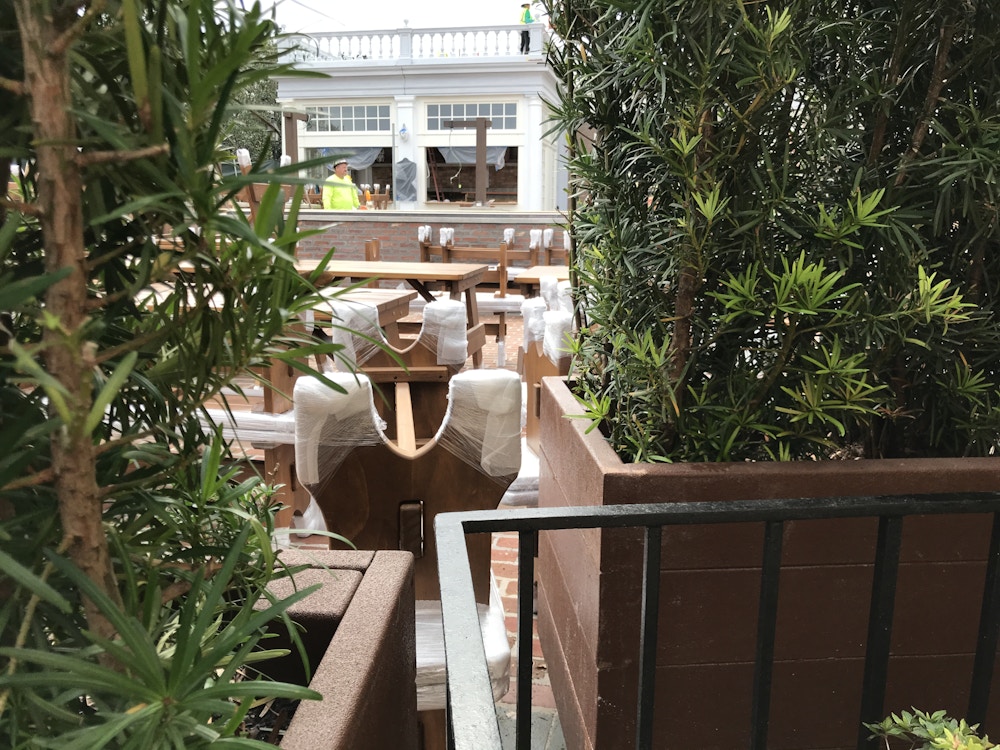 Final coats of paint were being added to the white accent sections on the Regal Eagle Smokehouse: Craft Drafts and Barbecue building in The American Adventure pavilion. Table and chairs were set out around the barbecue pit. 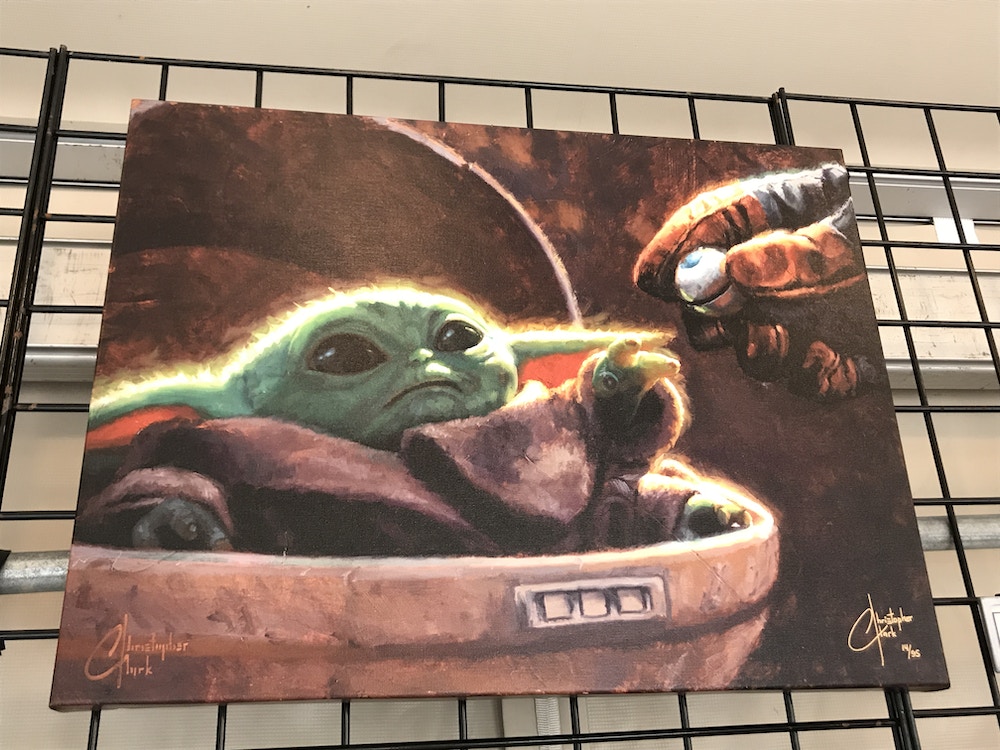 Baby Yoda art has officially arrived at Festival of the Arts. We found this piece at the Acme Archives tent between Germany and Italy. One of the artists even had Baby Yoda business cards. 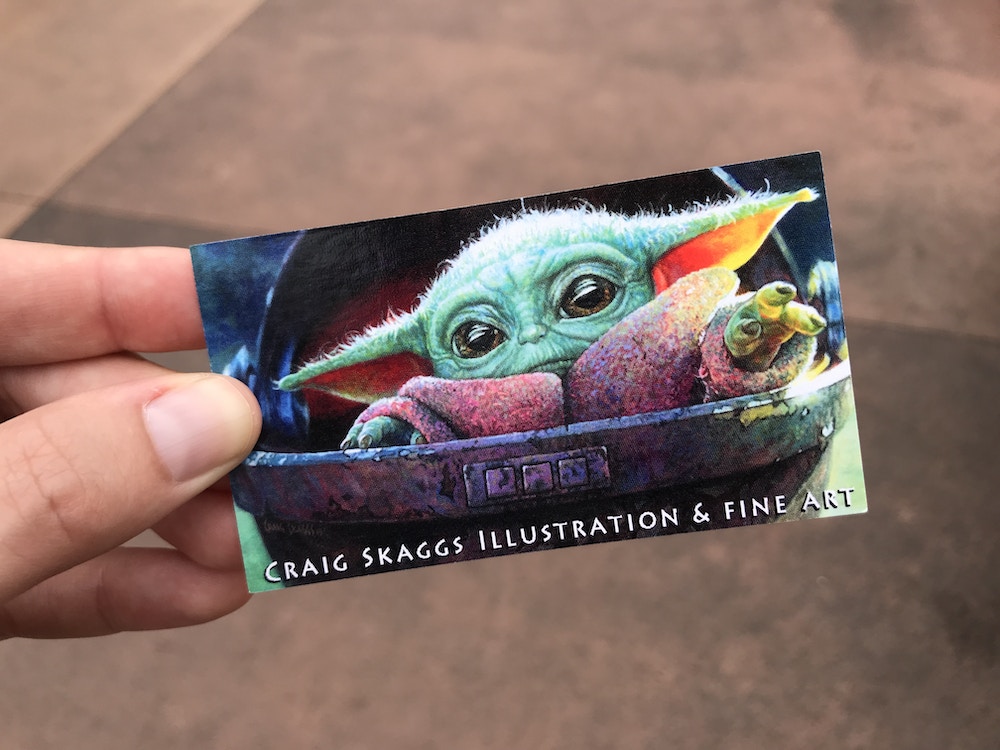 Well, that completes our day here at EPCOT. Thanks for following along! Check WDWNT for all of the latest Disney Parks news.

Next
REVIEW: New Cinderella’s Carriage Cake at Amorette’s Patisserie in Disney Springs is Worthy of Its Own Royal Ball