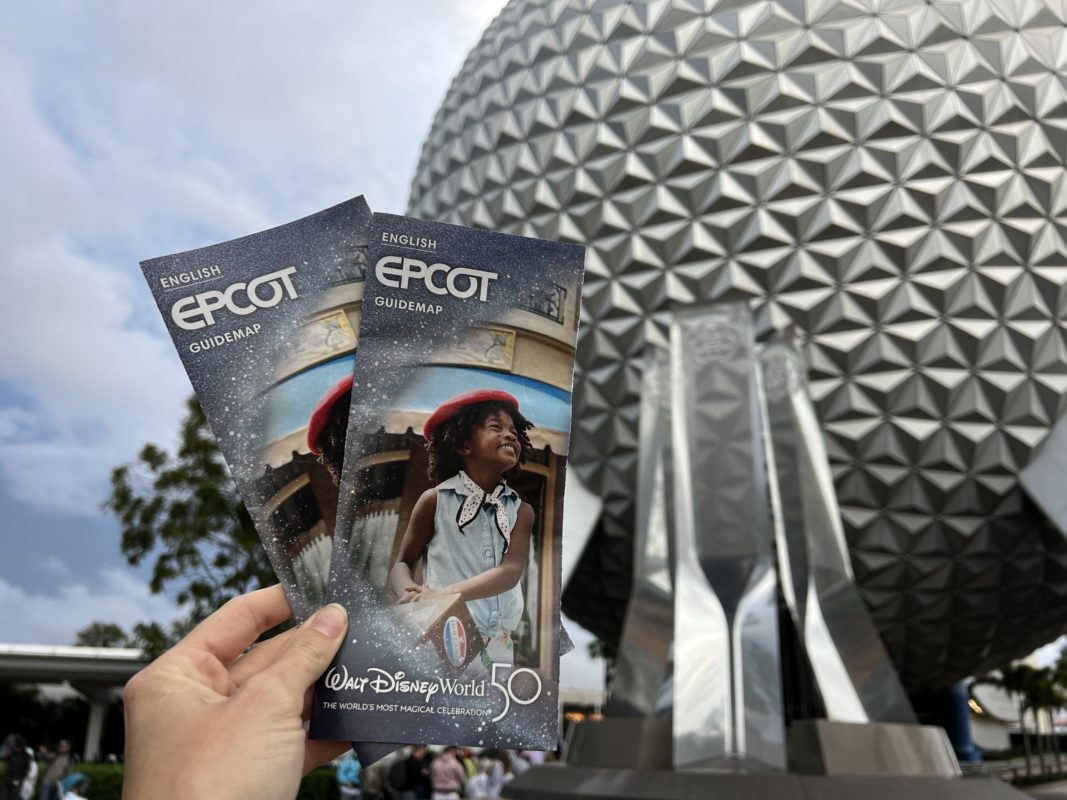 The newest version of the EPCOT guidemap, which became available today during the EPCOT International Festival of the Arts, no longer mentions the Play! Pavilion.

The guidemap’s cover has silver sparkles around an image of a child wearing a beret and carrying a sticker-covered suitcase. A logo for “The World’s Most Magical Celebration” is still across the bottom. The 50th anniversary celebration will end in March.

There is also still a page about all of the 50th anniversary offerings.

On the map, the Wonders of Life/Play! Pavilion is still pictured next to Guardians of the Galaxy: Cosmic Rewind.

It’s hard to miss the big yellow circle. But there’s no more indication of what it is.

The back of the map has information about guest relations, park rules, and transportation.

The Play! Pavilion was one of many projects announced as part of the EPCOT reimagining, but Disney started to completely ignore it as more projects were altered and canceled. It was to take over the Wonders of Life Pavilion, which was sometimes used as a festival center but otherwise mostly abandoned over the years.

Details about the Play! Pavilion were released in 2019 and construction began on the old pavilion’s roof in early 2020. The roof tiles were completely replaced by early 2021. Surprisingly, we saw crew members working on the roof again late last year. Still, the rumor is that the Play! Pavilion has been completely canceled and left partially constructed.

If you walk by the pavilion on your way to Guardians of the Galaxy: Cosmic Rewind, you’ll notice construction fences are still standing and that they went out of their way to also build a planter over what would have been the entrance to the later addition.

FULL PHOTO & VIDEO TOUR: Figment’s Inspiration Station is Filled With Throwbacks to Original Journey Into Imagination and ImageWorks at EPCOT International Festival of the Arts 2023