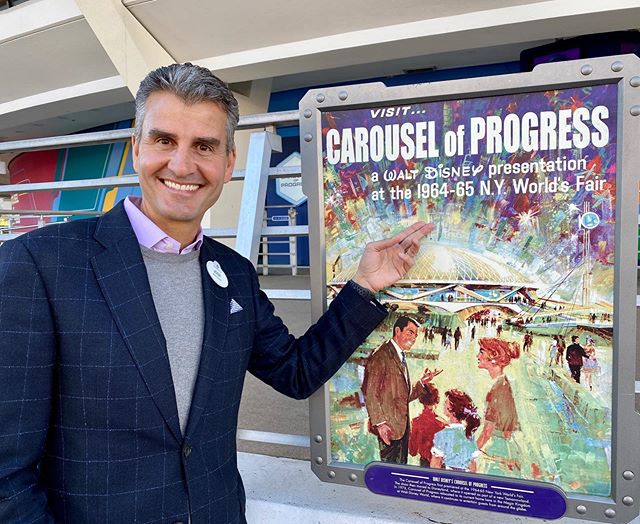 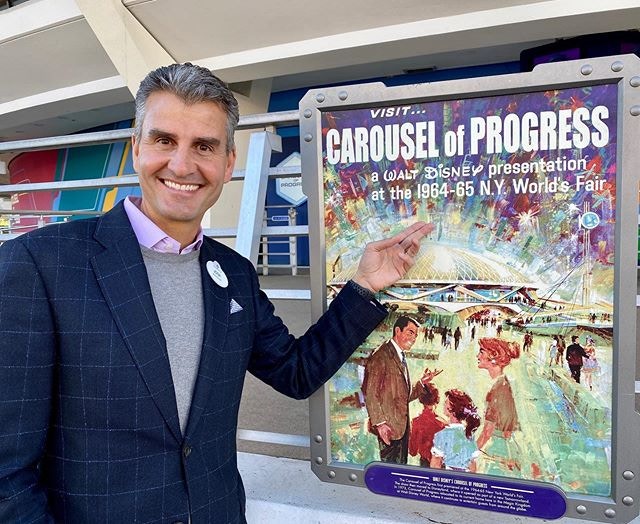 Here are a few highlights from the story, along with a few pieces of context from WDW News Today:

“Our responsibility is we have a lot of guests — many annual pass holders — who come back from time to time. We have a responsibility to make sure the energy we provide doesn’t wane. The way we do that is through all the new stuff that keeps coming via entertainment, cast members and more. It can feel different walking up Main Street from one day or another just by making sure the cast is energized and feel they are part of the story, as well. This place is alive,” D’Amaro said in the interview.

One of D’Amaro big initiatives in his new role is to invest more into improving common areas used daily by cast members, such as the cast member dining halls and break rooms. According to the article, millions of dollars are being used to upgrade the Walt Disney World cast member break areas with things such as better technology and more areas to relax or mingle with other workers as part of Disney’s goal to improve cast member morale.

“We could spend billions of dollars on a new land or attraction, but you need to be putting that money back into the [common areas] or the break rooms to make sure they are equipped so you feel good. To me, it’s a sign of respect to make people feel good about their surroundings,” D’Amaro said.

“Not only do you have to be in the right state of mind to do the job our cast members do, but you also have to feel good physically, too,” D’Amaro said. “It’s tied to feeling better so you can do better on stage and better out in the community and bring that home to your family. So this whole system of the cast experience is important.”

According to “Orlando Business Journal,” D’Amaro seemed genuinely interested in how each person’s career started with Disney, what they liked about the job, how he could help make it better and a general curiosity to learn about their everyday duties. D’Amaro is also interested in what ideas cast members can bring to Walt Disney World. He likes to get firsthand feedback on activity, issues or even to fish for any great ideas.

D’Amaro doesn’t forget the impact the parks have to the cast members’ backyard: Central Florida.

“As much as I feel honored, it’s also a burden. I can remember when I was the president of Disneyland, Walt’s apartment sits above the fire station and that’s where I had my first meeting with the former president of Disneyland. And there we were, sitting up there in Walt’s apartment talking about this legacy and I couldn’t believe I was in the role to carry it on. I think about that all the time,” D’Amaro said in the interview.

Finally in the article, D’Amaro shared a cast member story with the reporter:

“He touches the handkerchief in his jacket again, finally taking it out and unfolding it. Front and center on the white fabric is a face billions of people know around the world — Mickey Mouse — but this time, with a broom in his hand… As I was leaving Disneyland, one of the things the team did to say farewell is, knowing that I loved the cast members there, they gave me a beautiful gift,’ he said holding up the handkerchief to show the symbol of Disney’s custodial team.

‘Each one of my leaders gave me a pocket square because they know I always wear them. So they went into costuming and whatever they felt most passionate about, they cut pieces of cast costumes and gave it to me. So I have about 30 of these, this one that’s [part of] an actual custodial costume, a Tinker Bell one, a guest relations one, another of Buzz Lightyear and more. I try to wear one everyday, it’s really special… Little things are big,’ he said.

‘Particularly for Walt Disney World, you can be overwhelmed with the size of this place. But it’s really the simple things that make the business works. But the moment you forget to say hello to somebody, the power of that simple gesture is huge.'”