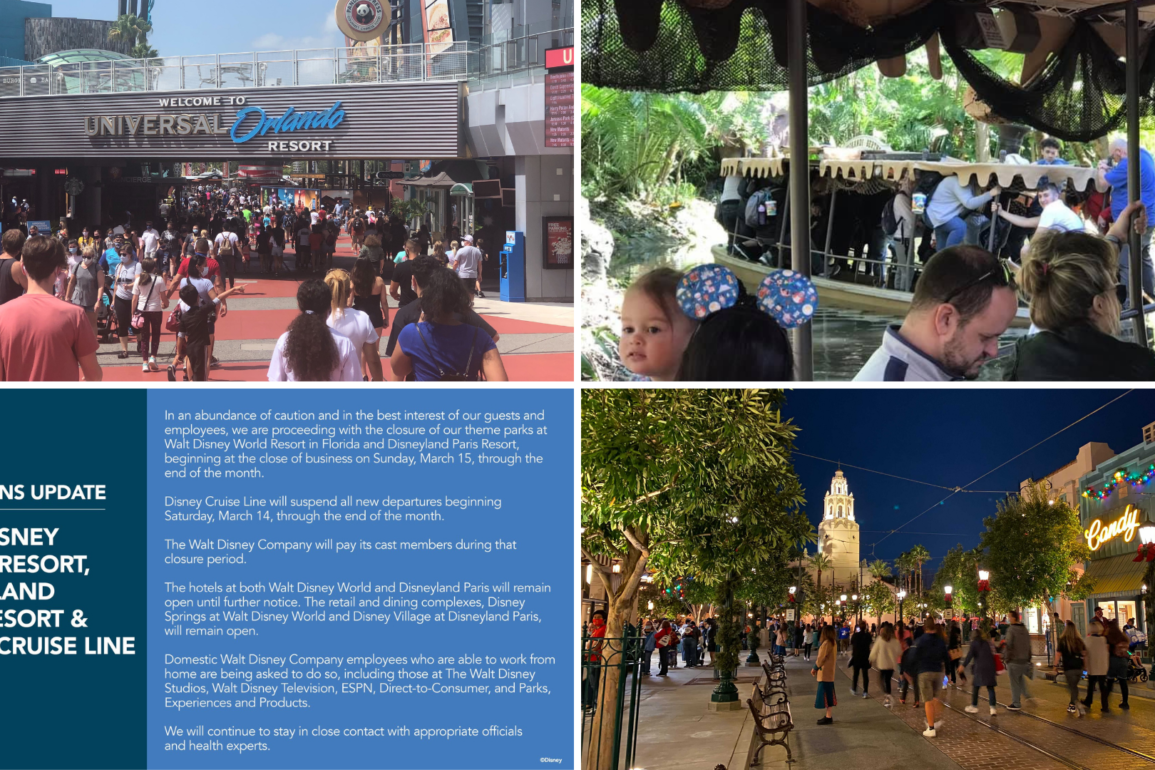 From months-long closures to the economic fallout and the fight to get California’s theme parks open safely, 2020 gave us a lot of big stories in Disney and Universal Parks. And to send the year off, we thought we’d share the top ten most popular stories from WDWNT, Disneyland News Today, and Universal Parks News Today, as decided by you!

The pandemic forced theme parks to operate at reduced capacity, which meant even more capacity closures, especially around holidays. On the Saturday of Labor Day Weekend, all three of Universal Orlando Resort’s parks were forced to close once they reached their maximum, causing headaches as the summer came to an end.

#9: Governor Gavin Newsom Postponing Release of Theme Park Reopening Guidelines Due To Backlash from Disneyland and Other California Theme Parks

As the pandemic continued to ravage California, theme parks including Disneyland, Disney California Adventure and Universal Studios Hollywood struggled with Governor Gavin Newsom over reopening guidelines. Back in October, the governor delayed his announcement of the new guidelines after the California Attractions and Parks Association expressed dissatisfaction with an early draft of the plans.

#8: Jungle Cruise Boat Sinks With Guests Inside at the Magic Kingdom

When the pandemic wasn’t dominating the headlines, other, far less intense disasters proved to capture the public’s interest. In February, adventurers got an unwelcome surprise as one of the boats on the Magic Kingdom’s Jungle Cruise sank with guests inside. But that wasn’t the end of the story…

Later that same day, we got our first look at guests clinging to the boat, discovered to be the Bomokandi Bertha, as it went down. Luckily, no injuries were reported, and less than two hours later, the boat was towed away and the attraction reopened.

On March 12th, we got the announcement that we had been fearing: the theme parks of Walt Disney World and Disneyland Paris would close due to the ongoing pandemic. While the initial announcement said they would be closed for the remainder of the month, weeks turned into months, not reopening their doors until July.

As the summer ended, we started to see how the impact COVID-19 had would affect park operations. On September 8th, park hours were reduced across Walt Disney World, with all parks closed by 7 PM. Hours have slowly been extended (particularly around the holidays), but for fans of nighttime at the parks, this proved to be a big blow.

As the weeks crept along from March, we started to realize that it was going to be a long while before we could visit the parks of Walt Disney World again. To help combat the spread of COVID-19, Orange County Mayor Jerry Demings issued a county-wide Stay at Home mandate in late March through April 9th, pushing back the theme parks previously-planned April 1st reopening. Of course, the wait would prove to be longer than we knew at the time.

When the Magic Kingdom finally reopened on July 11th, we were excited to get to ride Splash Mountain once again (especially after its announced closing for a retheme to The Princess and the Frog). But guests weren’t laughing in the Laughin’ Place, as they had to be evacuated three at a time to help maintain social distancing.

Even as the Disneyland Resort slowly began to reopen, COVID-19 continues to threaten the resort’s fragile state. Earlier this month, with ICU capacity dipping below 15% in Southern California, a Stay at Home order from Orange County forced the restaurants of the Downtown Disney District (including those on Buena Vista Street in Disney California Adventure) to close their doors. Disney-owned establishments closed completely, putting 350 Cast Members back on furlough.

With Walt Disney World’s parks on the verge of reopening for the first time in months in July, potential guests from New York, New Jersey and Connecticut found that their trips could be in jeopardy, thanks to a mandatory two-week quarantine order from Florida Governor Ron DeSantis for all residents entering the state. The order has since been lifted.

What was your defining story of 2020? Share your thoughts in the comments, and be sure to keep reading WDWNT, Disneyland News Today, and Universal Parks News Today for all the big stories of 2021!