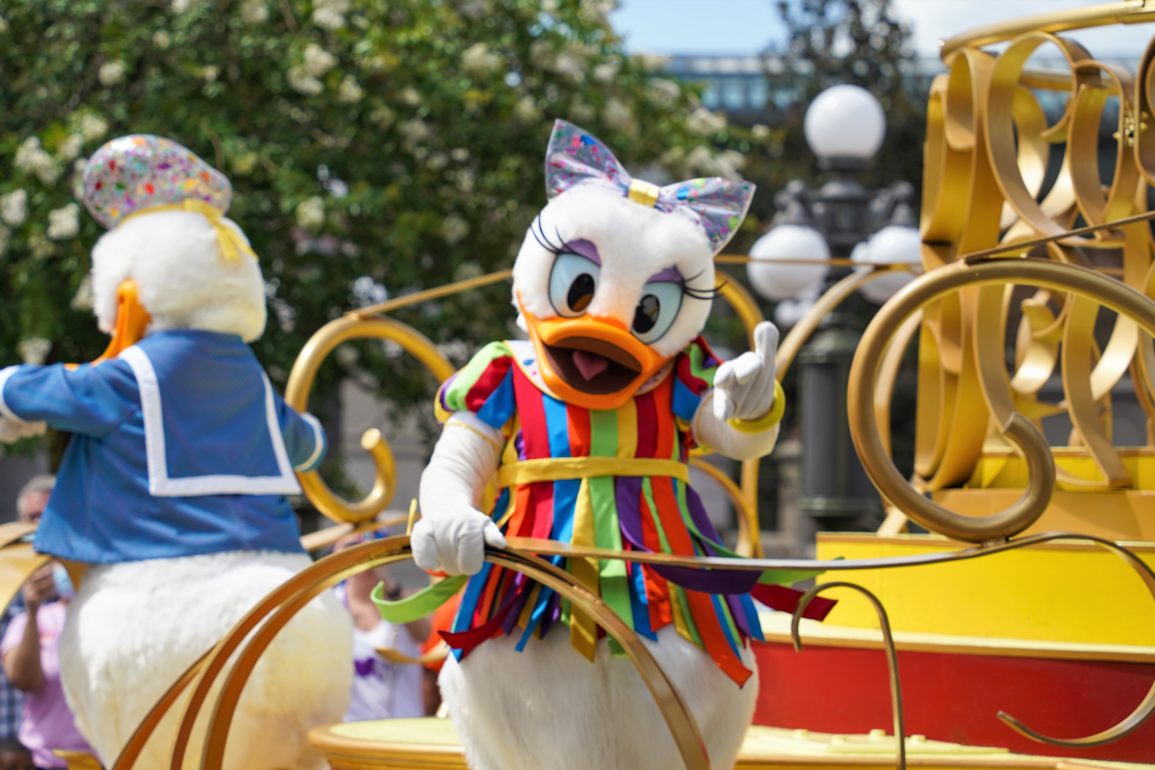 Good morning from Magic Kingdom, as we enter week number two of relaxed mask rules. We’re seeing more changes as a result of that, not to mention the usual construction, food, and merchandise changes around the parks. Let’s see what’s new!

First off, despite the incident yesterday with a service vehicle striking the Magic Kingdom monorail track, both lines were operating this morning.

Temperature checks were also eliminated last Saturday, which has resulted in this mask vending machine being given a new home inside Magic Kingdom, since

On top of mask and temperature changes, modifications to distancing policies are now resulting in portions of outdoor queues having no distancing markers whatsoever.

Getting back to more ‘normal’ updates from the park, TRON Lightcycle Run is continuing steady progress on its outdoor illuminated canopy. While general canopy lighting has been added over the last week, we’re also seeing chase lights added now.

One benefit of the PeopleMover being back is yet another view of Cinderella Castle.

Some unique new ears have arrived to the parks, with this pair being in honor of the Disney+ series Loki.

As a result of masks no longer being required outdoors, Relaxation Stations have become redundant. As such, they’re being eliminated from the parks.

Fantasyland is continuing to receive a facelift, and today brick detail was being painted above Mickey’s PhilharMagic.

Speaking of Mickey, he and his pals were out on Main Street in their cavalcade.

Just off of Main Street, The Plaza Restaurant recently changed up its menu, and we have a full review of the new appetizers and entrees.

Moving along to EPCOT, we’re appreciating that temperatures aren’t brutally hot (yet) and that there’s been a breeze in the air for several days.

At Mission: SPACE, there were signs of life in the Advanced Training Lab, where exhibits that have been dormant for over a year are now powered on. Interactive elements are still blocked off from guest access, though.

In central Future World, we got a good look at the new popcorn stand which will, presumably, open alongside Creations Shop.

Creations Shop, and Club Cool with it, are being quickly constructed for a summer opening.

On World Showcase Lagoon, the Harmonious ring barge arms are being covered in screen, much like one of the screen barge’s arms last week.

The new Gelateria Toscana has quickly become a popular spot in EPCOT, attracting quite the line for the frozen treats.

At the front of the park, we found Pluto and Goofy interacting guests for this newer distanced meet and greet.

Of course, the head mice are around as well, welcoming (or bidding farewell to) guests at the front of the park.

Outside of the park, the American flag was a beneficiary of the wind as much as we were, being extended in front of Spaceship Earth.

Thanks for joining us at Magic Kingdom and EPCOT today. How do you feel about the removal of the Relaxation Stations and distancing markers from some extended queues? Let us know in the comments!