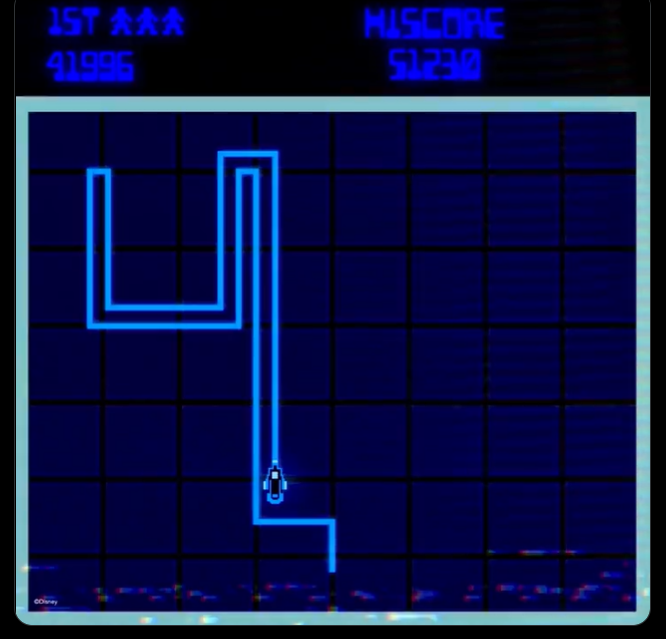 Disney Parks posted another video clue on Twitter hinting at an April 2023 opening for TRON Lightcycle / Run at the Magic Kingdom.

The video appears to reveal an April 4th grand opening date, but it has not been officially confirmed.

Rumors indicated the ride would open the first week of April, which would align with the 4/4 teaser. Another video was posted yesterday, giving clues that seemed to indicate April 21.

The ride, a version of which is already in operation at Shanghai Disneyland, is being constructed in Tomorrowland at the Magic Kingdom. Tomorrowland Light & Power Co. (the Space Mountain exit gift shop) is closed due to the TRON construction. See our latest construction update here, where we take a look at the recently installed height requirement and restroom signs.

We also recently heard the background music testing, which you can listen to here.

The Walt Disney World Railroad recently reopened after a four-year closure due to the construction of TRON Lightcycle / Run, which necessitated the rerouting of the track. You can see a full ride, including the new TRON-related audio, here or check out the views of the construction site from the train.

The ride was announced in 2017 and was originally projected to open before the 50th anniversary of Walt Disney World on October 1, 2021. However, major delays, some due to the coronavirus pandemic, have pushed the opening back to spring 2023.

TRON Lightcycle / Run isn’t the only thing coming to Magic Kingdom in April. The Happily Ever After nighttime spectacular has been confirmed to return with new Main Street, U.S.A. projections at the beginning of the month.