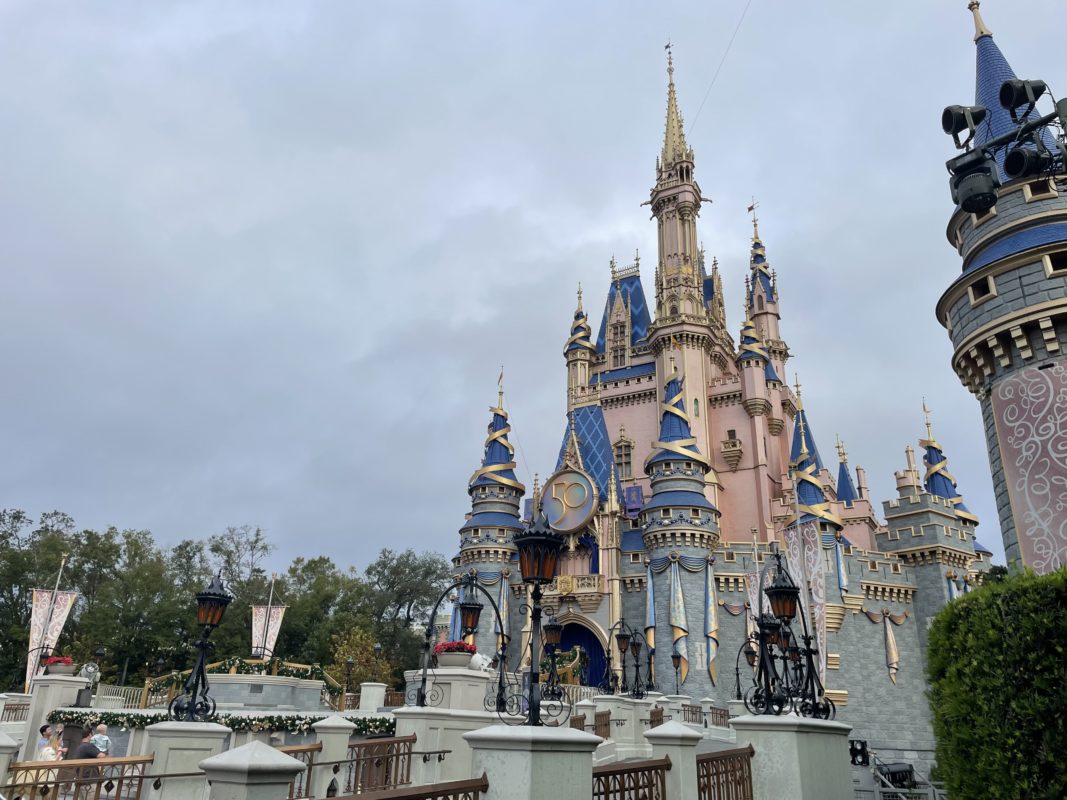 It looks like it’s going to be a busy day at Magic Kingdom.

At first it seemed like the 50th Anniversary Grand Finale Loungefly was flying off the shelves. Not to worry, plenty are back in stock at the Emporium.

It’s out with the old and in with the new. The Chicken Strip Club is no more at Main Street Bakery. They are now serving up a Grilled Cheese with Tomato Soup.

We are counting down the days until Happily Ever After returns, and Enchantment is long gone. Only a few more months of The World’s Most Magical Celebration.

It’s a bit gloomy today but, Cinderella Castle always lights up the sky.

Time to hop aboard the PeopleMover for a bird’s eye view of TRON Lightcycle Run.

Electrical looks to be run to the planter where the entrance sign will eventually sit.

Exit signs are now installed by openings in the canopy.

We were able to get a ground view of the coaster by riding the Walt Disney World Railroad.

Marathon Weekend has officially begun. You can make your own souvenir at the maDe kiosks in Big Top Souvenirs.

You can choose from many different designs for a MagicBand, phone case, or a magnet.

And what a great day to announce that the Disneyland Half Marathon is returning in 2024.

Everyone say “hello” to a few of the Country Bears.

The line for Big Thunder Mountain Railroad was at 85 minutes, and the popcorn line looked quite long too.

Only 18 more days to ride Splash Mountain before it closes to become Tiana’s Bayou Adventure.

A quick boat ride and we’re at Disney’s Fort Wilderness. A new Hoop-Dee-Doo Revue washboard magnet stole our hearts and had to come home with us. We found the magnet at the Settlement Trading Post. The washboard is a staple in the Hoop-Dee-Doo Musical Revue.

Thanks for joining us for today’s Magic Kingdom photo report, and we’ll see ya real soon!